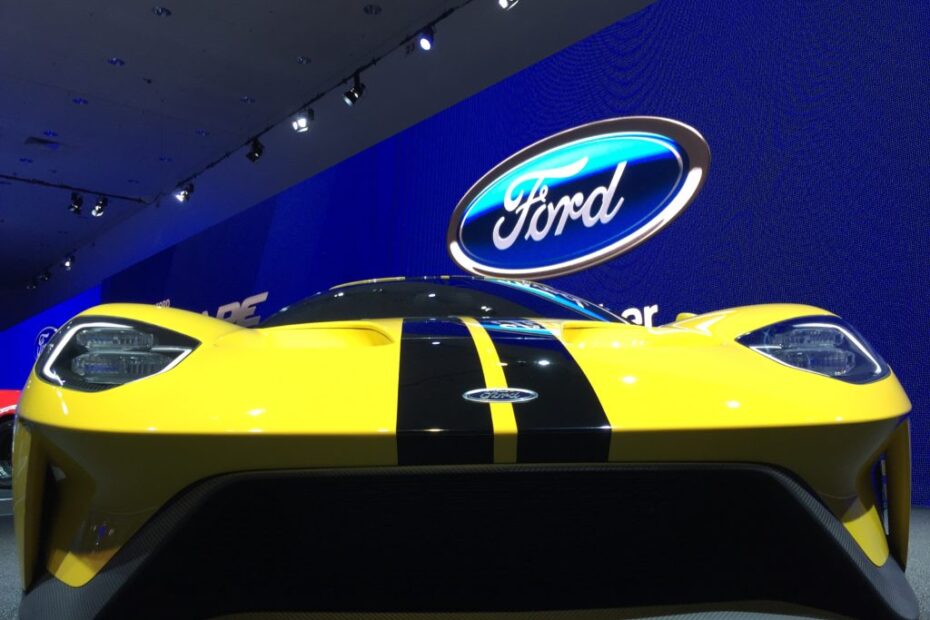 Last year, I went to the Detroit Auto Show for the very first time.  You can see the video about it here. At one point, I was invited to a big press conference by Ford.  Ok, I thought, let’s see a new boring mid-sized suv.  I sat there, with the lights low, the blue oval prominently in front of me and as the talking heads finished up their schtick, I heard a low growl from beyond the curtain. 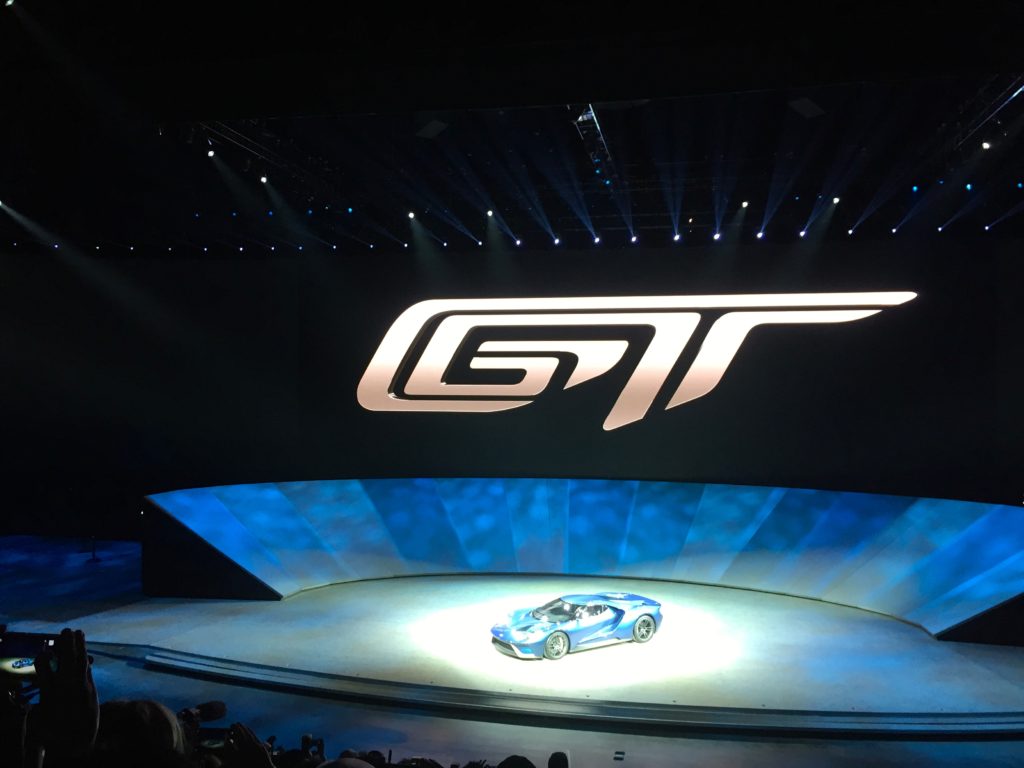 “Oh my God,” I said outloud as I got chills all over and tears welled up in my eyes.

“What?” asked my buddy sitting next to me.

Ok, it’s a valid question. What is a Ford GT?  If you likey the fast & pretty vehicle and don’t know, don’t panic.  But I’m about to blow your mind.

So, there was once a little company out of Detroit that made horseless carriages.  Eventually they got pretty good at it.  In the 1960s, the CEO of this company (who just happened to be the founder’s grandson), set his sights on something ambitious, displacing the world’s greatest racing company… Ferrari at the 24 Hours Of LeMans.  Enzo and his boys had dominated this extraordinary endurance race forever and this Midwestern posse thought to themselves, ‘Hell, we can do that.’ Which, for the record, is kinda like your sister seeing Gisele Bundchen and thinking, ‘I could look like that.’  So they went and built a race car and at first, failed miserably.  Then, they went home, cried a little and tried again.  Then in 1966, they came back with something called the Ford GT40 & won. They won big, as in a 1-2-3 finish.  (If you wanna know how hard it is to dethrone Ferrari, try asking that little tractor company… Lamborghini)

Then in the early 2000s, Ford gets all excited about making a sportscar based on this GT40.  Most of the time, when car companies talk about making a new car based on a classic race car, people like me roll their eyes. But this time, with the help of Carroll Shelby they release this vision of loveliness: 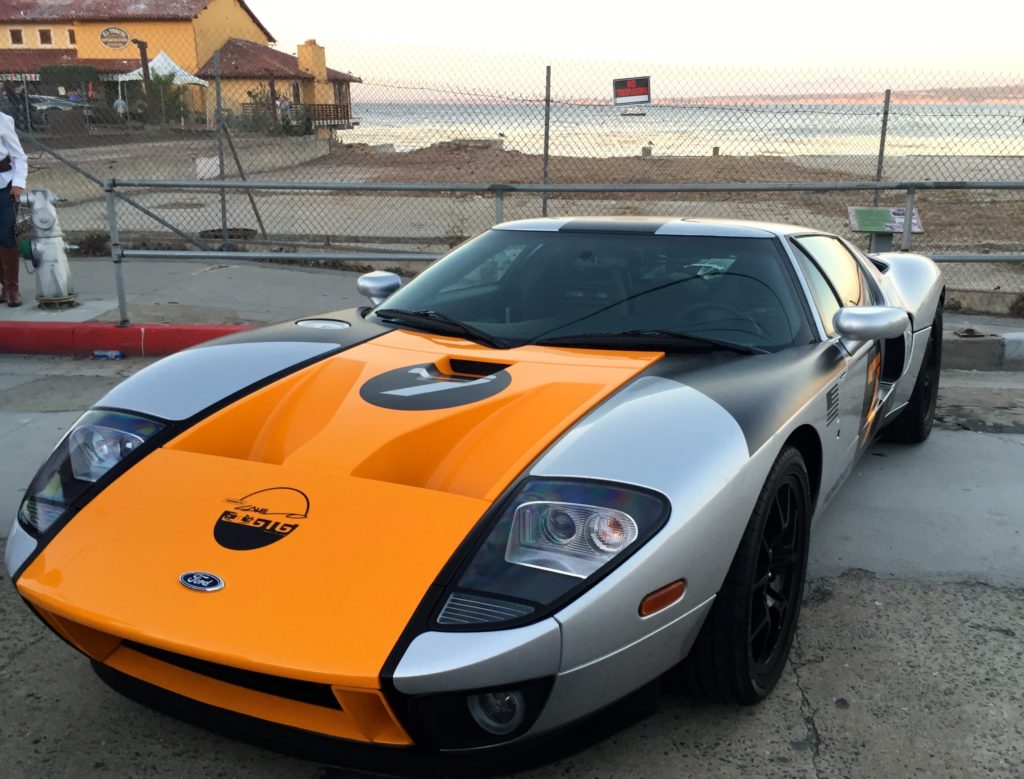 Did I mention its 0-60 time of 3.3 seconds?  So then they start selling them and the first one goes for a staggering $400,000 over the sticker price of $139,995.  If this supply/demand equation eludes you, ladies and gay men, just think about the Missoni for Target collection. Yeah, like that, but with a couple more zeros. 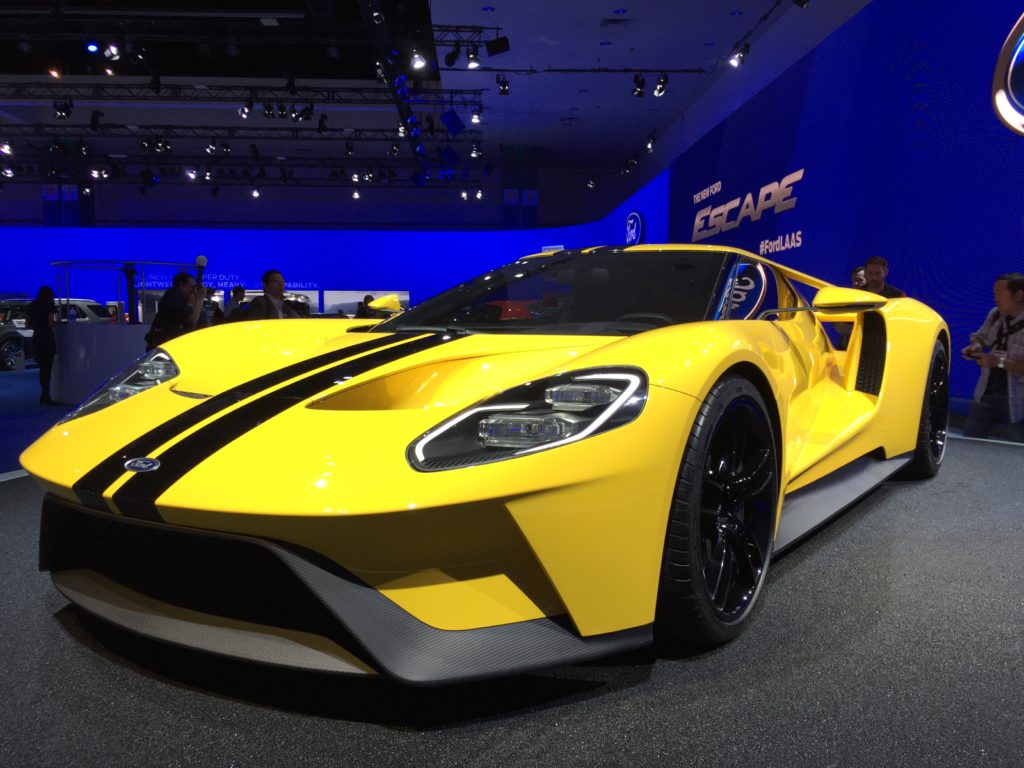 So fast forward to 2015 and the announcement of the new GT and perhaps you understand my excitement. To top it off, Ford also announced that they’ll return to LeMans with the vehicle this year, marking the 50th anniversary of their initial win. 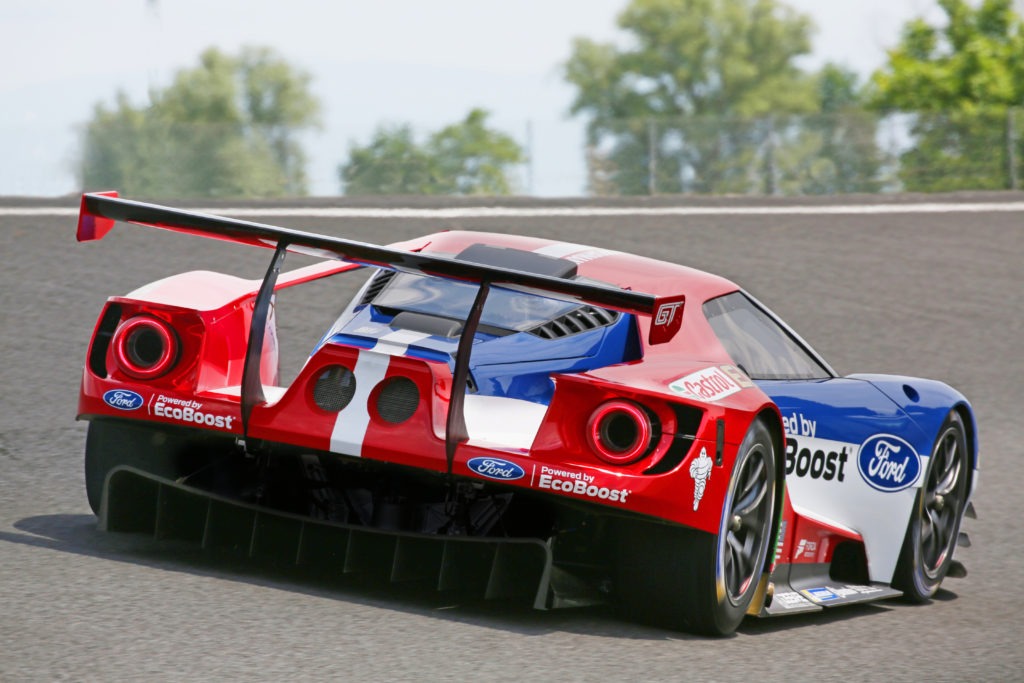 If you’d like to see a 2017 in the flesh, it is currently only on display at the glorious Petersen Automotive Museum here in Los Angeles.  As for the street view, just wait, the second they’re released God knows, we’ll see it here on the streets of LA and you know Mama will be whoring herself out to catch a view!