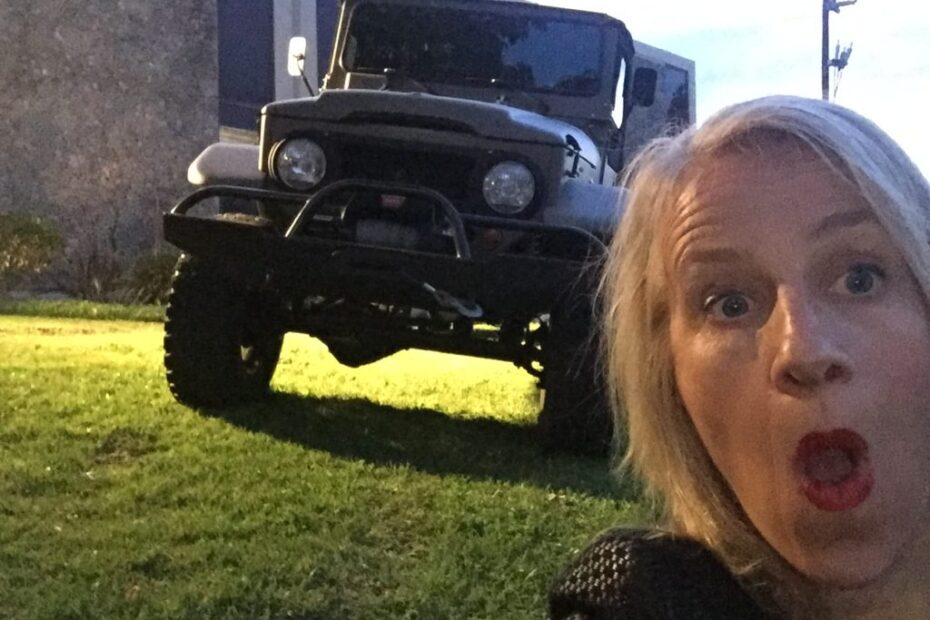 Fundraisers. Who goes to that stuff anyway? Celebrities, heiresses and society people, people with too much money & time– not MY people. But then I got an invite where the “cause” was close to my heart or more accurately, my uterus (it was for needy kids) and I went. However, the real draw was to answer the perpetual MM question, “Is He A Dude, or A Dbag?”  This month’s subject is Jonathan Ward, the founder and CEO of Icon Motors. Listen people, you think you don’t know ICON but you do. You know all of those ridiculously awesome restored Broncos and FJ40s you see zooming around Santa Monica & Hollywood?  Yeah, he makes those. And if he didn’t, they wish he did. Jonathan Ward earned his stripes as the “go to” Land Cruiser restorer in the country. Then he starts restoring vehicles to his own specs & branding them “ICON” and they’re so damn good that these days the ICON badge is now worth gold.

Because of this, lots people love to hate ICON.  Overpriced! they say. Mine’s gonna be better! they claim.  I could have done that! they whine. But they’re not, it won’t and you didn’t– so there.  But what about the guy that did?  Is Jonathan Ward the world’s greatest con man? Some dumb, lucky SOB? Or just a dude that is genuinely into cars and does them really well? I decided I should wait until I go to the party & get good and drunk before I decide.

So I show up to the Chatsworth HQ Workshop all made up and ready to party. But I barely made it through the door before this happened: 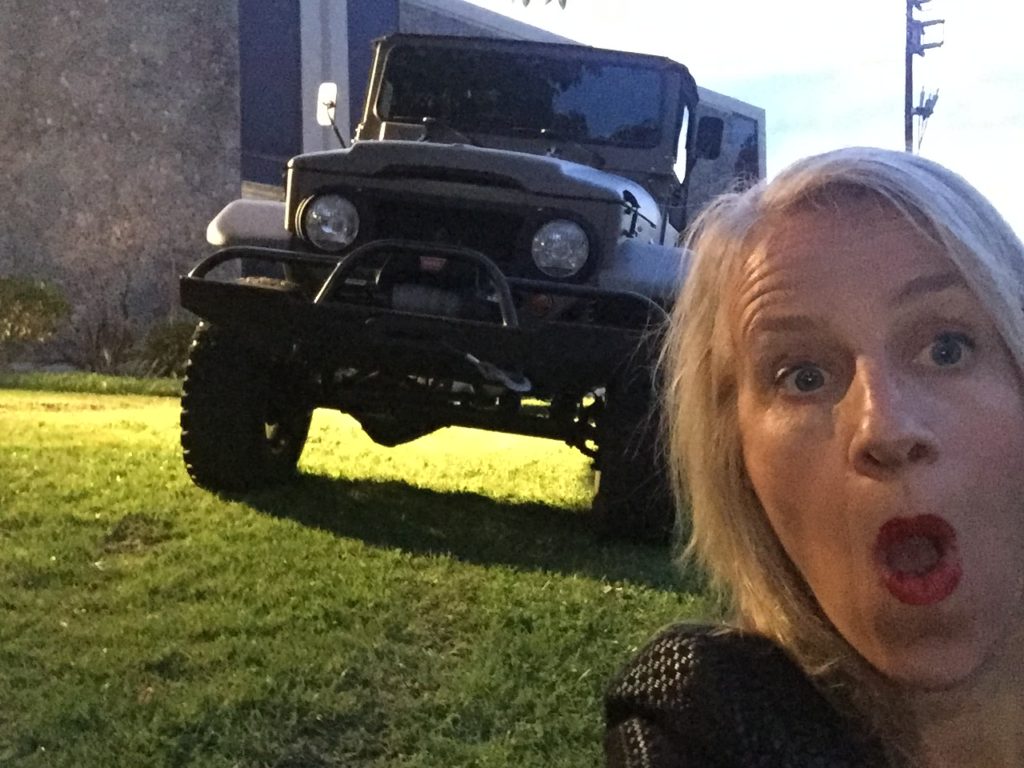 I mean, when you have a mint FJ40 parked on your lawn, I fall to pieces. Even better was the valet line: 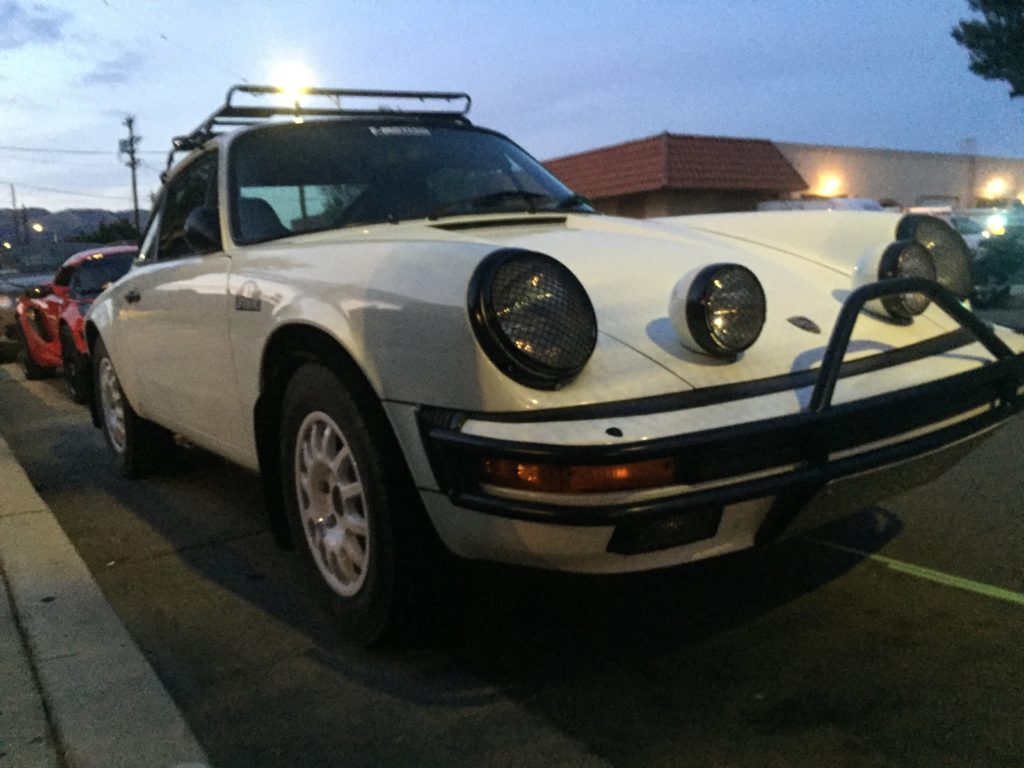 And apparently it was. There were all kinds of car people there like: 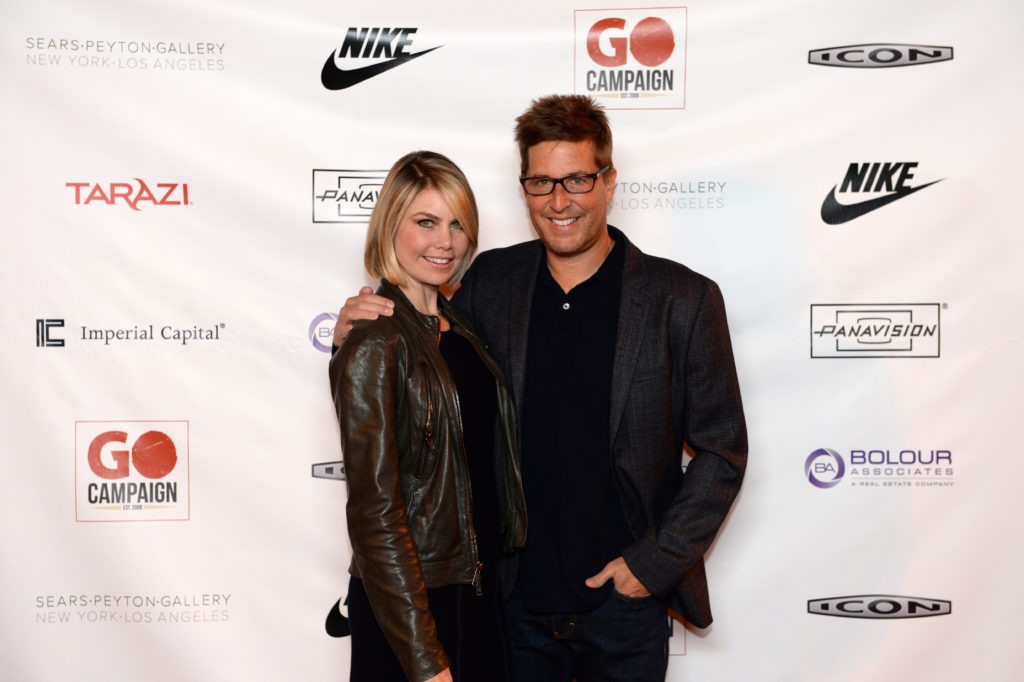 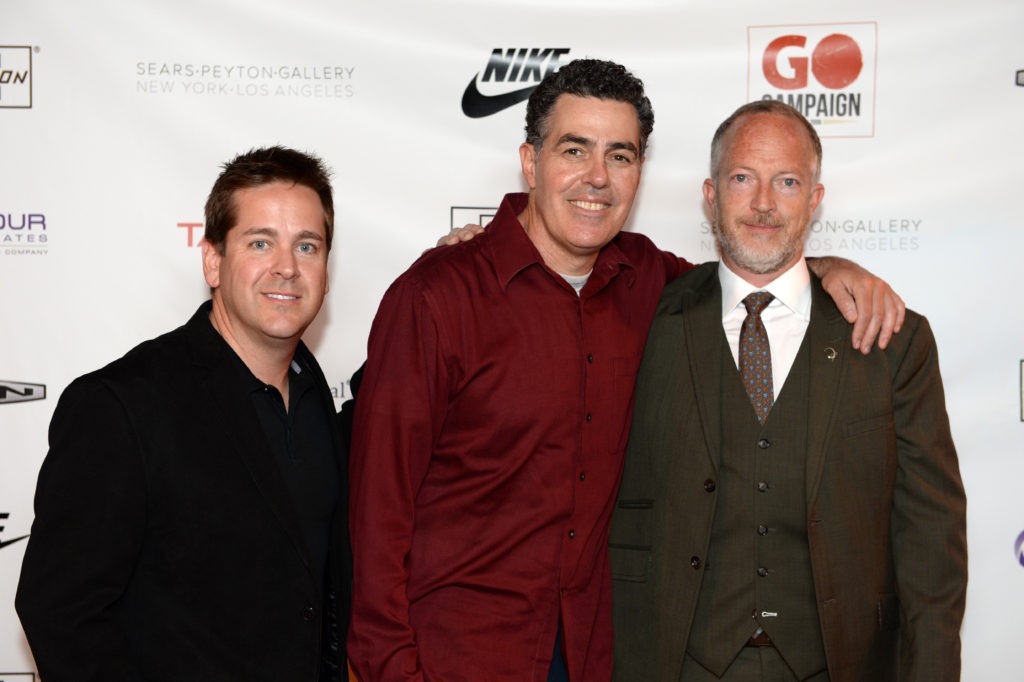 Matt D’Andria with Adam Corolla — and on his arm, is Jonathan Ward.

Now, listen, I’d love to say that I spent the evening sitting on Corolla’s lap feeding him grapes while trying to steal his garage keys, but being a star f*cker has never been my forte.  I prefer to sneak around the bowels of the event looking for other derelicts and at this one, I found them: 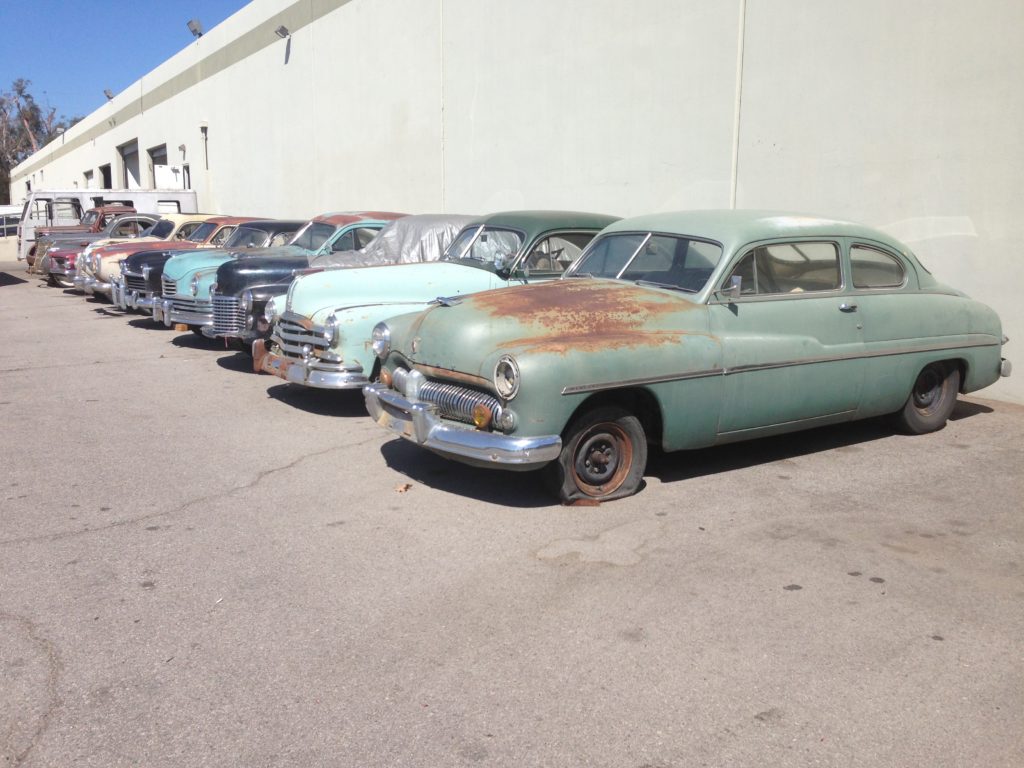 These are cars waiting to be pimped by Ward & his genius ICON posse as a part of his Derelict line.  But the real action was inside where beautiful people mingled, played at casino tables and drooled over cars: 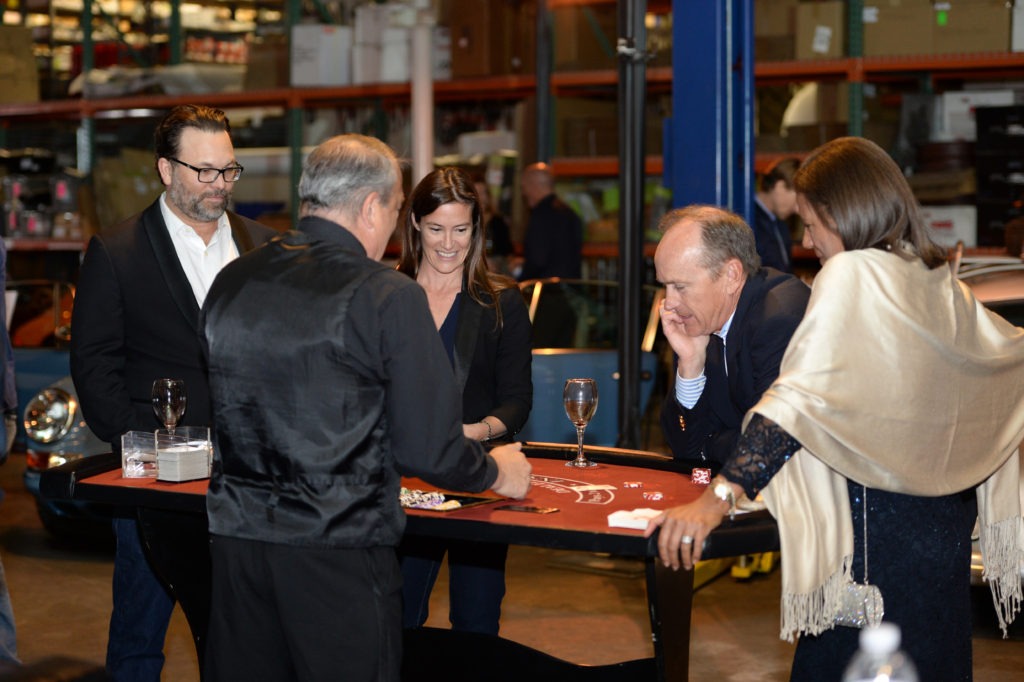 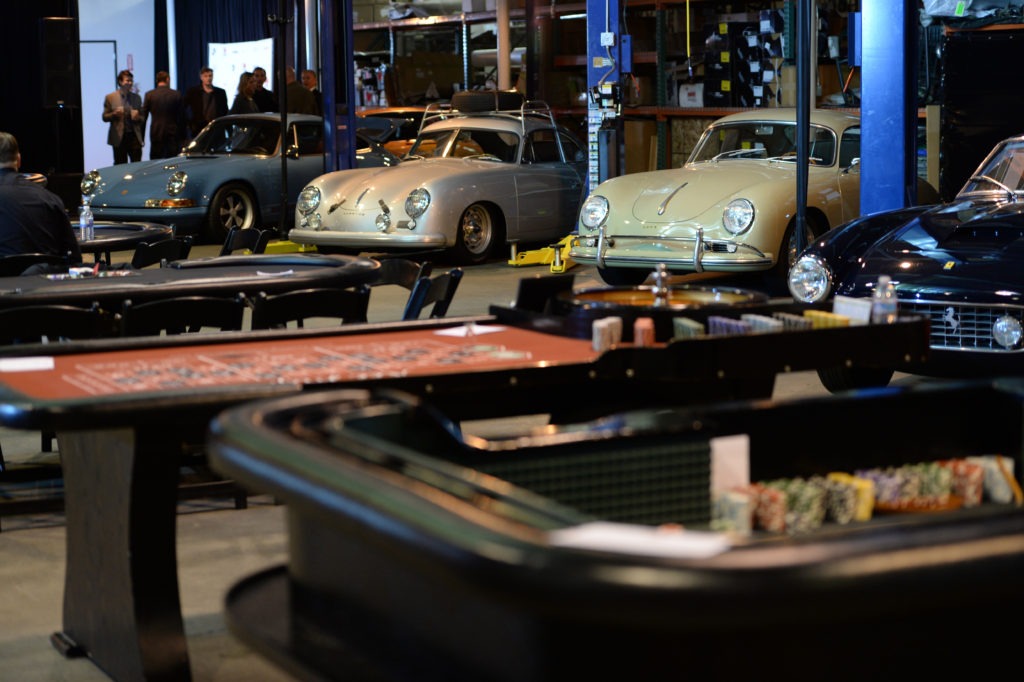 At this point of the event, I’m totally disappointed. There were no snooty people, no condescending looks, just a pornographic amount of car deliciousness and lots of cool people hanging out, having fun.  The garage was wide open and I snooped around looking for puppeteers, a secret stash of Prius engines or something equally incriminating.  But I didn’t. Just a pile of cherry Land Cruisers pissing me off: 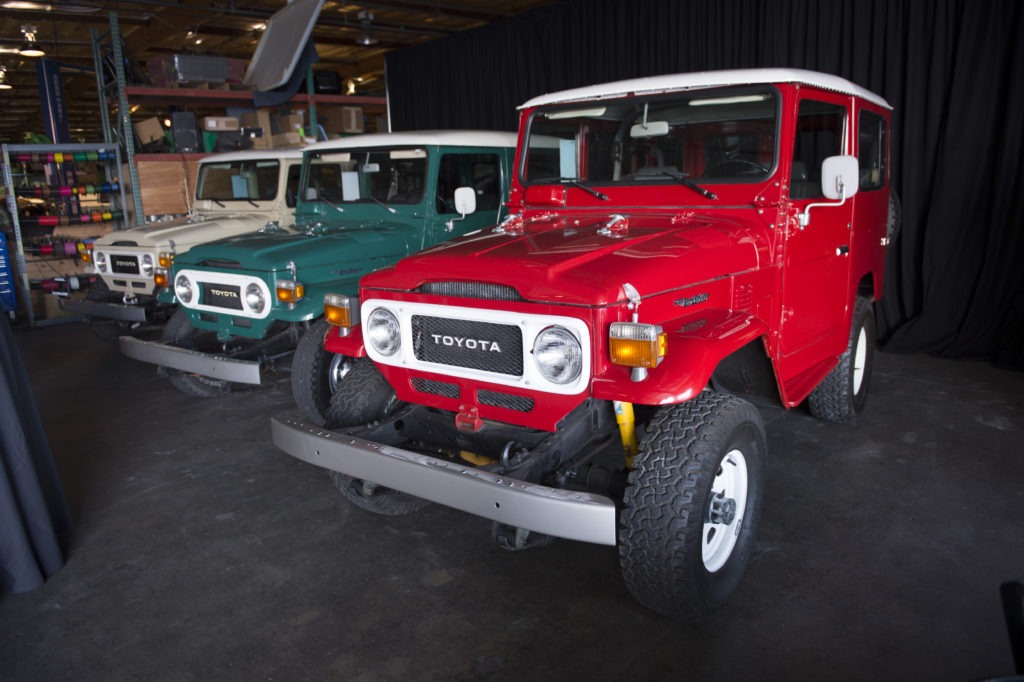 Then I ran into an old friend.  Then another. Maybe my people were there! Even worse, my buddy then tells me there’s someone he wants to introduce me to and guess what..it’s Jonathan Ward.  He turns out to be super cool…so is his wife!  At this point, Ward’s d-bag status is getting increasingly difficult to justify.  Then I hear how much money he raised for the Go Campaign, over $200k, and it’s clear he’s quite a Dude. And once again, I’ve become the d-bag.  Damn! 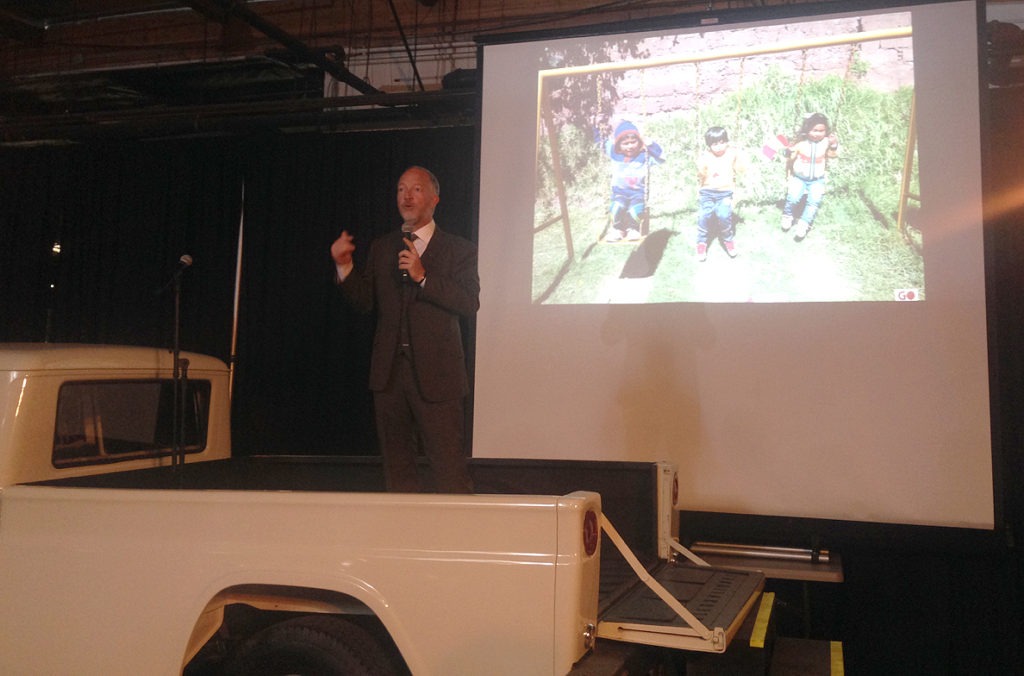 But seriously, events like this are where it’s at.  A fun night out where all kinds of car companies collaborate in the name of something more important than what we drive. It actually makes me really happy that the Wards & ICON are generous & successful enough to make this kind of thing happen.  So next year, don’t be a d-bag,  just go!

To learn more about the ICON magic, go here.

To learn more or donate to the GO Campaign, go here.

To learn about next year’s event, check out my Twitter or FB page. I’ll be sure to let everyone know ahead of time.