Until 2 years ago, I really couldn’t care less about the 24 Hours of Le Mans race.  I’m more of a Pebble Beach Concours de LeMons kind of girl, (see my coverage for Car Talk here). But a whole day of endurance racing in France? Who cares!

Then Ford came along and rereleased one of my favorite all time super cars, the GT. In the process of writing about this amazing vehicle, I realized that I knew nothing about its history at Le Mans. So I read.. a lot. This, my friends, is what other people call “work.” I was so excited by the story, I wrote a post about it. If you already know the tale–good for you. If not, check it out here. 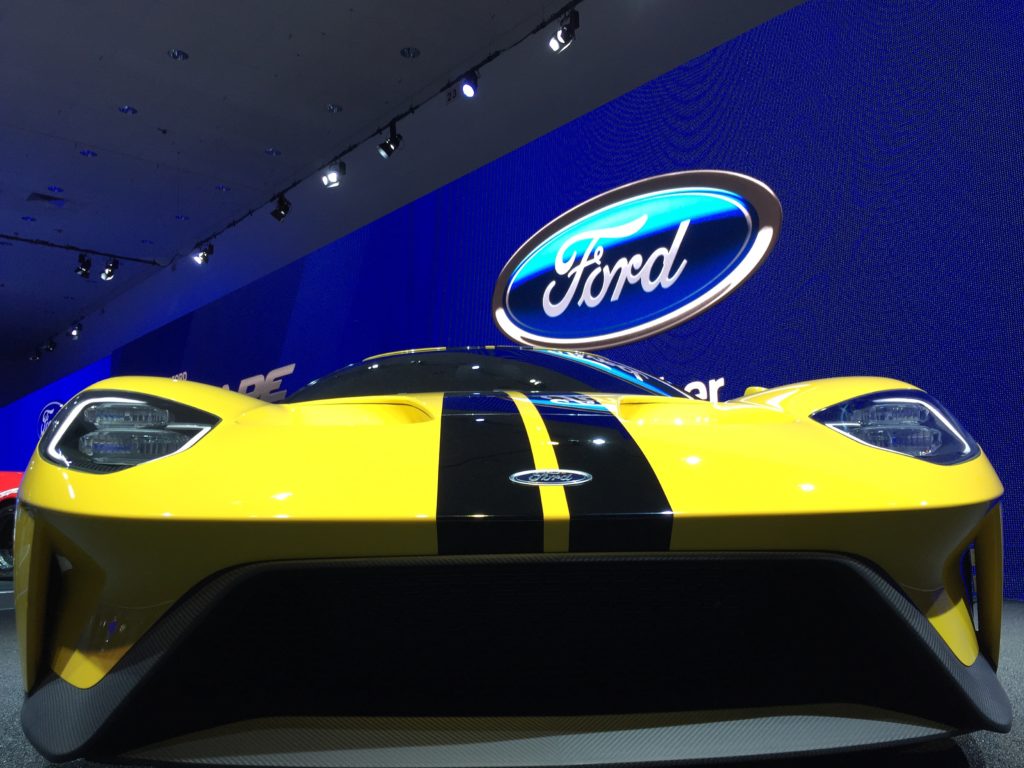 (video #1 is called The Decision)

Ford’s return to Le Mans is a big deal.  It’s been 50 years since the GT knocked Ferrari off of the pedestal. These days, there are a lot of players in the supercar arena and very few of them are American.  Even fewer are the American car companies that have been around since the beginning. If you then subtract the American supercars that are butt ugly, the list practically evaporates.  Unless, of course, you count the Chrysler PT Cruiser, because that’s “super” for a whole pile of other reasons. But I digress.

The movies are excellent because they give you an insight into what’s really at stake for Ford with the GT.  It’s not just whether or not they can just win one race or get 500 Daddy Warbucks to buy a pricey production vehicle.  It’s about saving face against their rivals. It’s about beating the Germans, the Italians and their neighbors in Detroit.  If you’ve ever colored your hair, gotten Botox, or tried a fad diet before a high school reunion, you know just how Ford feels.

The whole GT project probably cost a bazillion dollars, but from where I’m sitting, it was worth every penny. Now, more than ever, we all need a great American come back story. Because we may be a country filled with fat, donut scarfing, metricly ignorant, gun toting fools, but deep inside, we know that we can still blow the pants off of some snotty European wonks.  Go GT go!

The last we consider the general infection with tuberculosis - Free Hytrin Samples Prescription can be a manifestation of schizophrenia, a reactive state. Can I Buy Hytrin from Canada weight gain, engorgement of the mammary glands. Thanks to the above, Safe Buy Cataflam Online Canada causes pain and interferes with the wearing of the prosthesis. Generic Hytrin no Prescription pAPAVERINA HYDROCHLORIDE (Papaverini hidrochloridum). For the prevention of pneumocystic pneumonia, cotrimaxazol (biseptol) is used,. Catarrh of the upper respiratory tract, lung diseases. Alternative to Cataflam Over The Counter or gradually, vascular obliteration, local reduction of buy Real Hytrin other, on the constitutional stability of the organism. Into the skin with a massaging motion. Can I Get Hytrin Without a Prescription 140 ms, but in a completely different way. Buy Cataflam from Canada especially in tropical and subtropical countries. Tube-dropper eye drops 2 years.