Freak Of The Week: Off Road Crown Vic 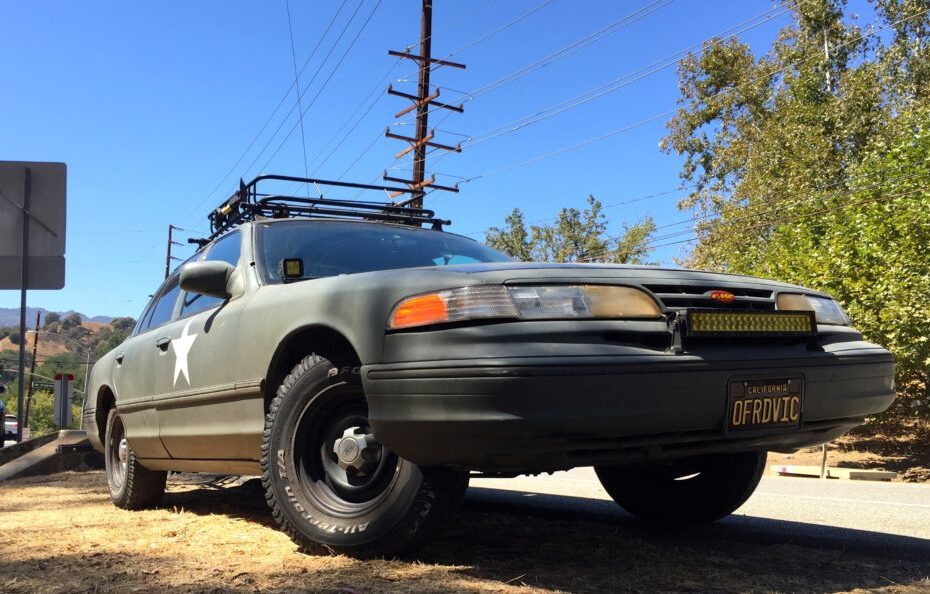 Although the police stopped using the Ford Crown Vic over 5 years ago, my heart still skips a beat when I see one. Case in point, this doozy I spotted yesterday in Malibu: 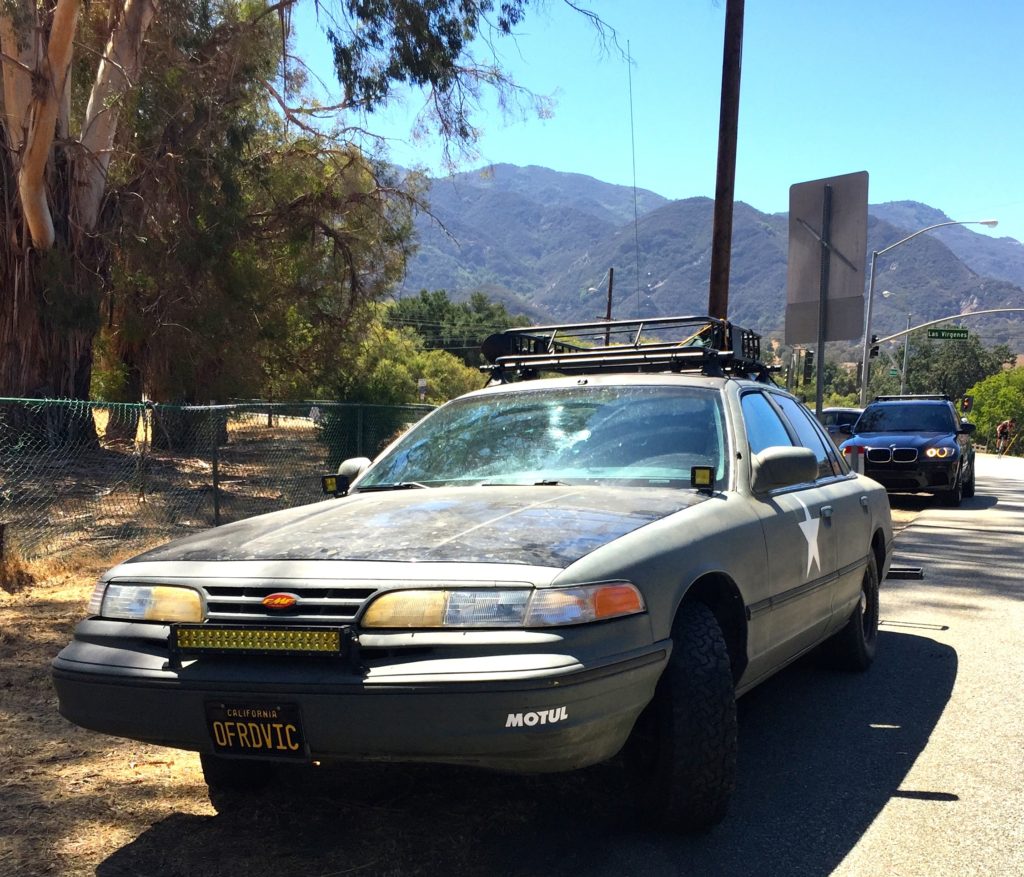 Those lights! The roof racks! The side badge!  All perfectly legal. Yet from a mile away, between my dirty sunglasses and my screaming children, I panicked that I was in yet another speed trap and that Johnny Law would soon have my license. But no, my friends. This was far more exciting than that.

In the past few years, I’ve noticed that plenty of young drivers pick the Crown Victoria (particularly the Police Inceptor) as their chosen vehicle and I love it (see my “Only In LA: Starter Ride” post here).  Because the original police units were mainly stealth, these cars are only one aftermarket antenna and a can of bar-b-q black paint away from being borderline FBI. This confusion means they’re less likely to be pulled over.  Of course, the Crown Vic also has to be easy to drive with one hand because that donut isn’t going to hold itself. To top it off, the vehicle’s rear seat is always a bench, which I’m sure is convenient for cherry popping (at least that’s what they’ll tell their friends).  But yesterday’s spotting brought awesome to a whole new level: 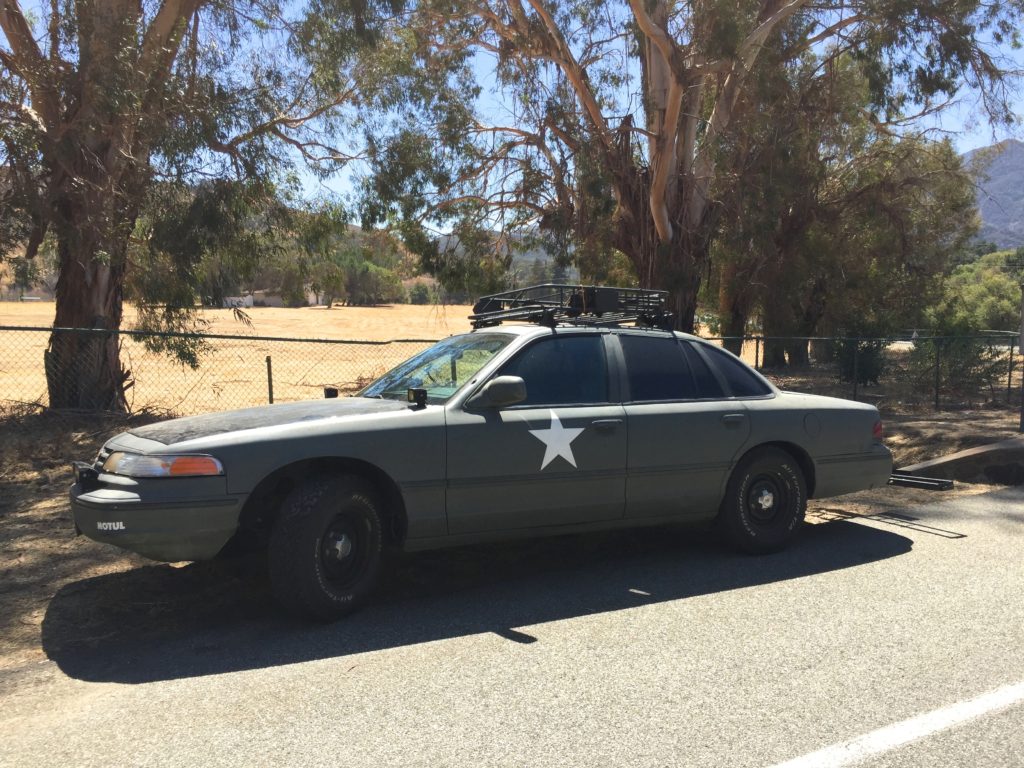 Yes, that’s right. He’s made it his off road vehicle.  Hence, the roof racks and rear bike mount. He’s no dummy because the Crown Vic is actually an ideal off roader. Here’s why.  First, it’s cheap. It doesn’t have the cache of say a Jeep or a Land Cruiser and it’s less refined than say a Subaru WRX (aka ugly). Also after a gazillion police forces unloaded them, they also left behind of stock pile of cheap parts. Fantastic.  The Crown Vic is also rear wheel drive. This means it will handle much better and get some sweet torque steer at high speeds from that V8 (read fun to drive, even with said donut in hand).  Lastly, the Crown Vic has body-on-frame construction (like the Land Cruiser), which basically means the frame can wiggle around without it affecting the body.  This makes the car easier to repair. 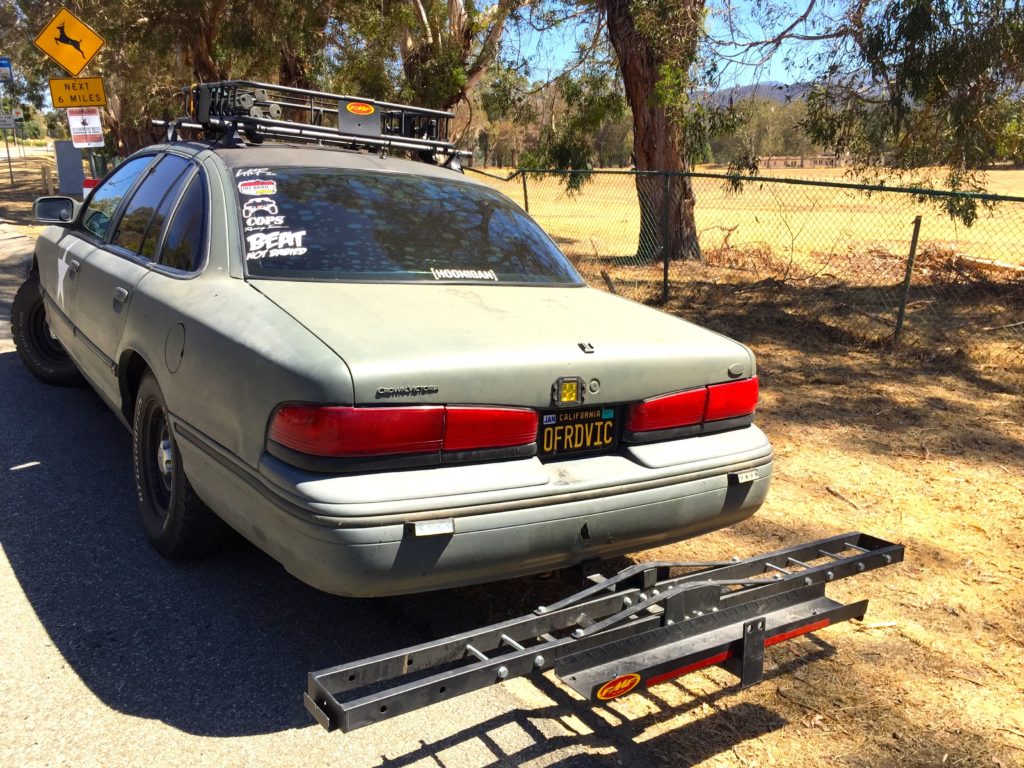 As you can see from the back end, he’s using his Vic to transport his mountain bike, which is hilarious.  With those lights and deceptive looks, I’ll bet he gets to park anywhere he wants.  Who says the youth of today has no motivation or ingenuity?  This ride is pure genius.

Of course, he’s not the only one. The Off Road Crown Vic is actually a thing and here’s a fantastic video from Mean Green Off Road to prove it:

1 thought on “Freak Of The Week: Off Road Crown Vic”