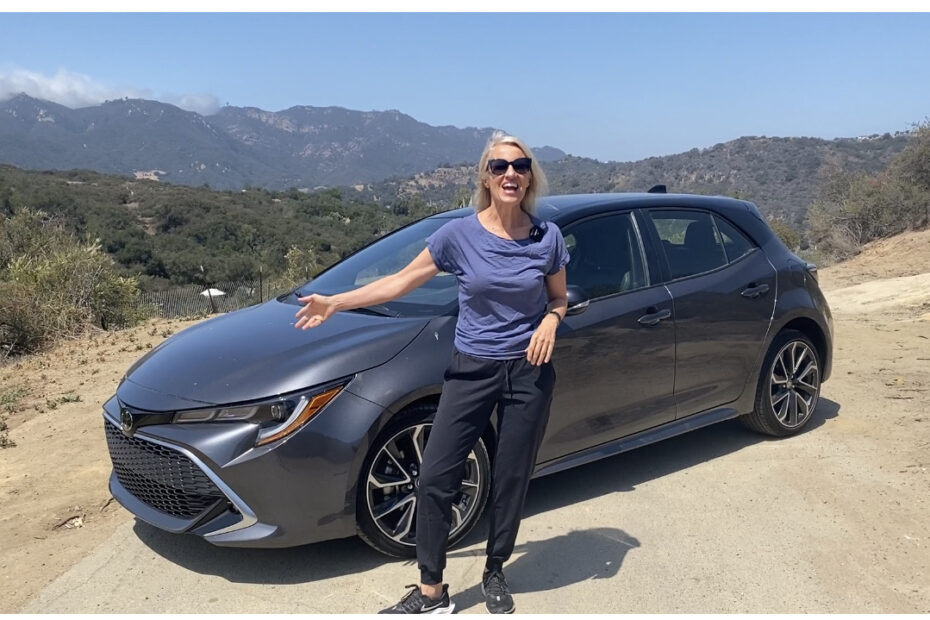 “Toyota” and “Corolla” certainly aren’t the two sexiest words in the English language. Or the Japanese language, for that matter. But, for many people, their vehicles aren’t about their identity, expression, or sex appeal. For many people, their car is simply a thing to get them from A to B. For the longest time, we’ve been told that the Toyota Corolla is one of these vehicles. Guess what? Not this time, baby.

The Toyota Corolla XSE hatchback is a shocking ride. Not because it’s extraordinarily fast, thrilling, or unusual, it’s just not what anyone expects.

“You just like it because it’s manual,” my husband says when I call him from the car raving about this little nugget of Toyota. “Maybe,” I respond. “But there’s more than that. It’s only $23k.” It’s not that I never drive cars at this price point. It’s just rare that I’m impressed, or even thrilled, at a car this cheap. The only other one to do that at this price point is the Hyundai Veloster R-Spec. (sigh..)

The Corolla’s handling was surprisingly on point. The acceleration was impressive. The gears were well-tuned, though not perfect particularly in first gear. But it was still a blast to drive.

No one will ever sit in the Corolla and think, “this thing is pimp!” The back seat is flat and uninviting. The finishes are notably cheap. But the front seats are comfortable, and with the addition of Apple CarPlay/Android Auto, the infotainment is solid. This is normally the place where I bash Toyota’s infotainment system for its poor design, tiny buttons, and antiquated interface, but because the Corolla is so tiny, it works.

The Corolla suffers from what I can only describe as a design mullet. It is all business up front, a grille that looks serious and well designed. But in the rear, it’s a saggy mess. With a slope angle that’s more Fiat 500 than Porsche 911, it just looks sad and slow. And not in a quirky, Saab 900 kind of way.

Plus, Toyota’s new design language includes some unusual folds and false side intakes that accentuate the unattractive rear. It’s like putting bedazzled jean pockets on someone whose ass is past their prime, simply not a good idea. Take it from this middle aged woman, distraction is a much more intelligent approach.

None of these criticisms can diminish one solid fact, that the Toyota Corolla is a great car. Sure, it’s not perfect. It’s got problems. But it’s simply a lot of car for not a lot of money.  With a suite of Toyota safety systems (including ten airbags, pre-collision braking, and rear cross-traffic alert), over 30 mpg combined, and six-speed manual transmission, that’s nothing short of fun, it’s hard not to love this car.