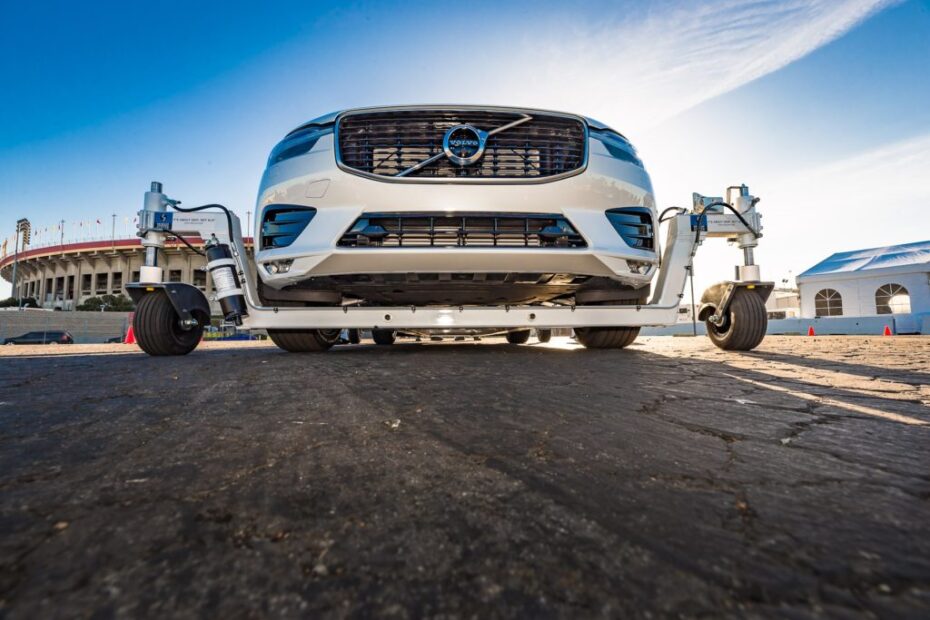 When Volvo recently invited me to try a beta-version of their Driving Academy, I was stoked. Yeah, I love any kind of instructor-led driving. But then I was baffled. Wait, what? Volvo doesn’t have a Driving Academy already? With my daughter precariously close to getting her license, this sent me into a panic. I NEED the Volvo Driving Academy and I need it by roughly May 18th 2019..PLEASE! There aren’t a lot of automakers that I feel good about trusting my kid’s life with, but the good people of Volvo? I’m down. Especially when they have this to live up to: 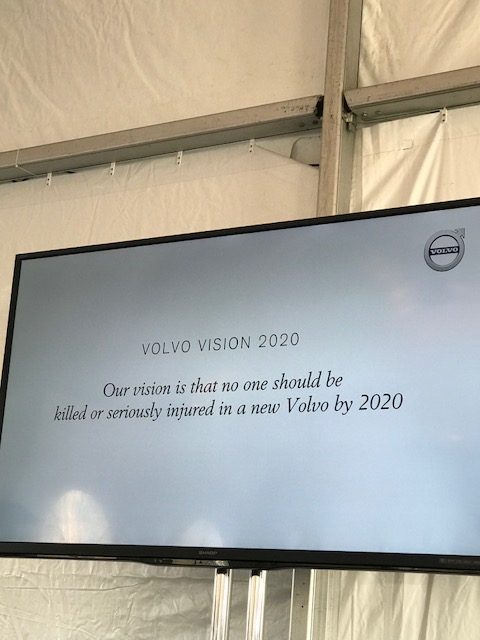 That’s one hell of a vision. Is it possible? I dunno. But it is incredibly admirable. Plus, every vehicle I’ve driven has performed beautifully under any/all driving conditions, so I jumped in with bells on. Here are some of the wonderful things I learned by participating. 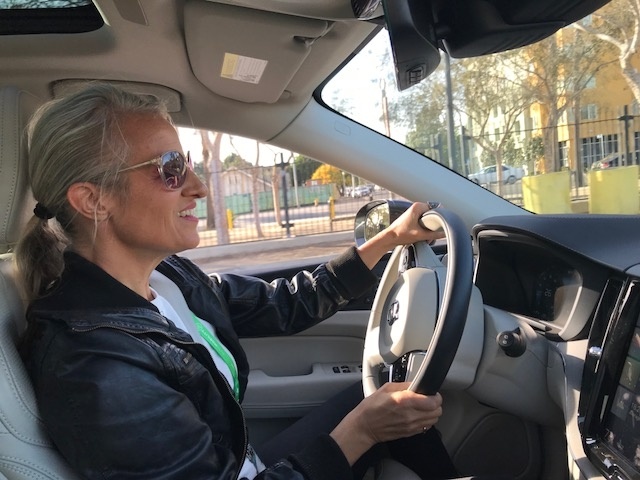 We’ve already talked about keeping your hands at 3 & 9 o’clock and we’re all doing it, right? RIGHT? Of course we’re not. But let’s continue to try! Zombie hands come in when you’re figuring out how far away you should be from the steering wheel. According to the genius instructors at Volvo, you should be able to drape your arms over the steering wheel like a zombie without extending them out of your shoulder socket.  I immediately came home and adjusted my steering wheel and it was perfect. Plus my shoulder pain went away..yay! 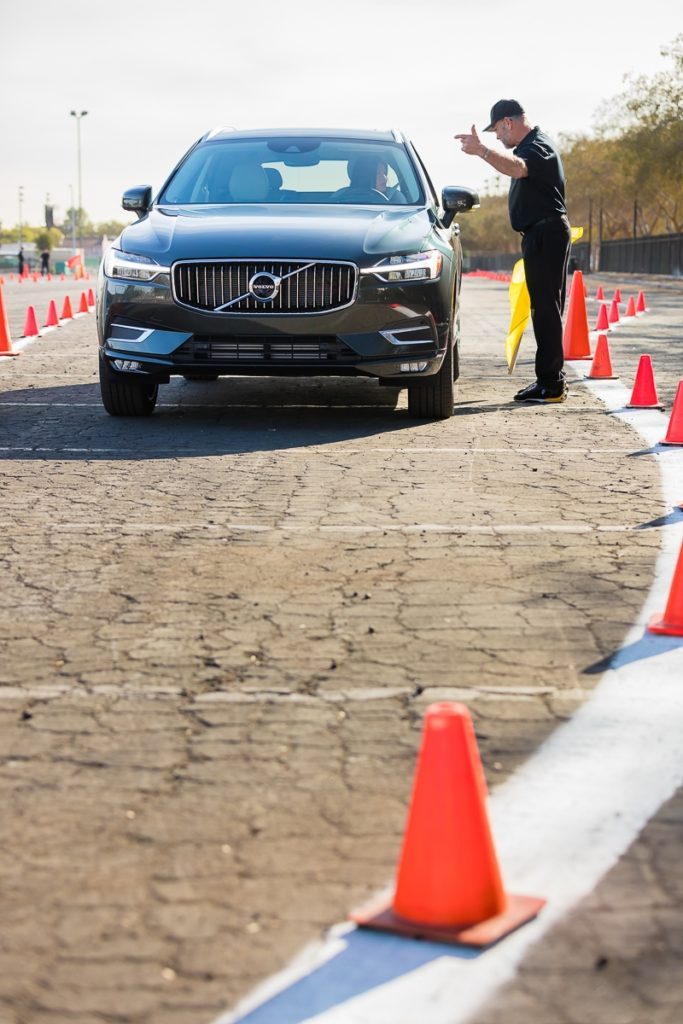 In preparation for this fun (yet challenging) auto-cross course, the instructor told us to always have our eyes up. Logical right? But then he insisted that we cut the horizon in half and only focus on the upper half. According to him, the majority of accidents occur not right in front of us but several cars ahead. So while we may worry about the a**hole right in front, it’s the a**hole 5 cars ahead that is the most dangerous. Honestly, this was REALLY hard to do at first, but once I got the hang of it, I aced that autocross! 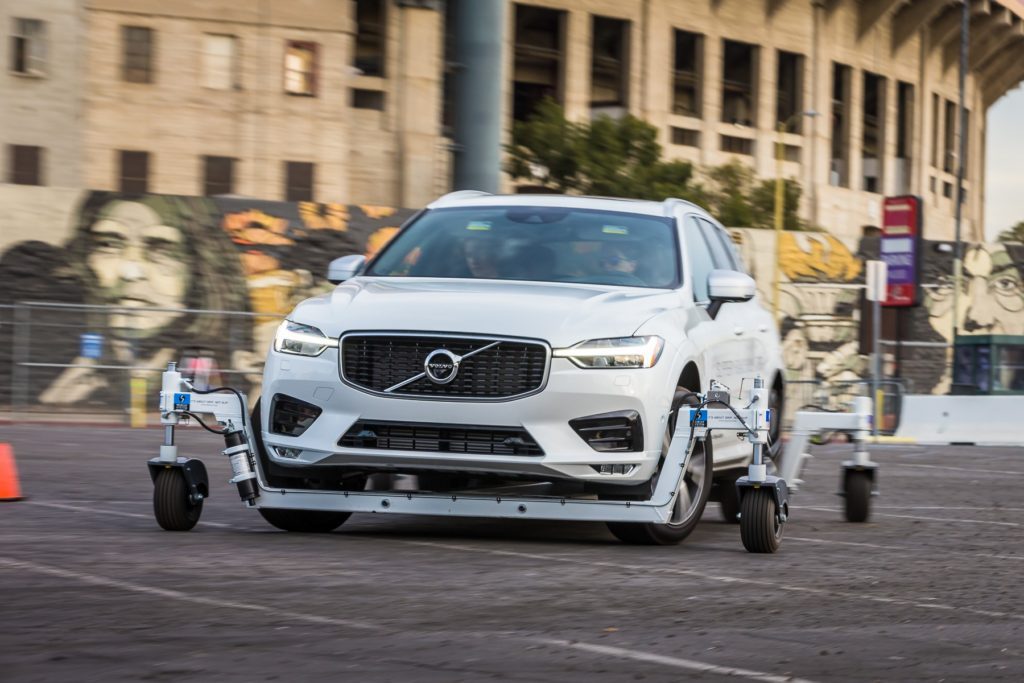 ABS is one of those acronyms like IBS, ED and PTSD– I’m not worrying about them until I have to. Well, it turns out that ABS is basically the difference between wheels locking up and hitting a tree and you getting home safely with dry undies. To illustrate this, Volvo had us drive this gorgeous XC60 on that wild contraption that is actually a slippery road simulator.  During this exercise, they had us feel the difference between skidding with ABS on versus ABS off. 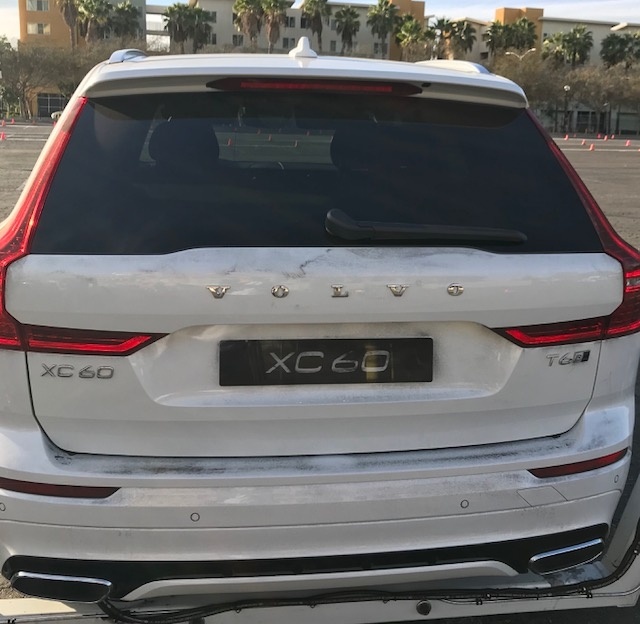 Turns out learning how to control the car while it’s skidding in a controlled environment is incredibly fun. Just look at all of that delicious brake dust. That’s all me, baby and I had a blast doing so!

#2 Now I Know Why I Always Hit That Pothole

We all have at least one. One little demon of a pothole that haunts you on your daily drive. Somehow, someway, no matter how hard you try, you always hit it! My little bastard is on PCH southbound just after Sunset. Located right at the surf break parking, this monster always lures me into his trap regardless of my diligence to avoid it. It makes me nuts! 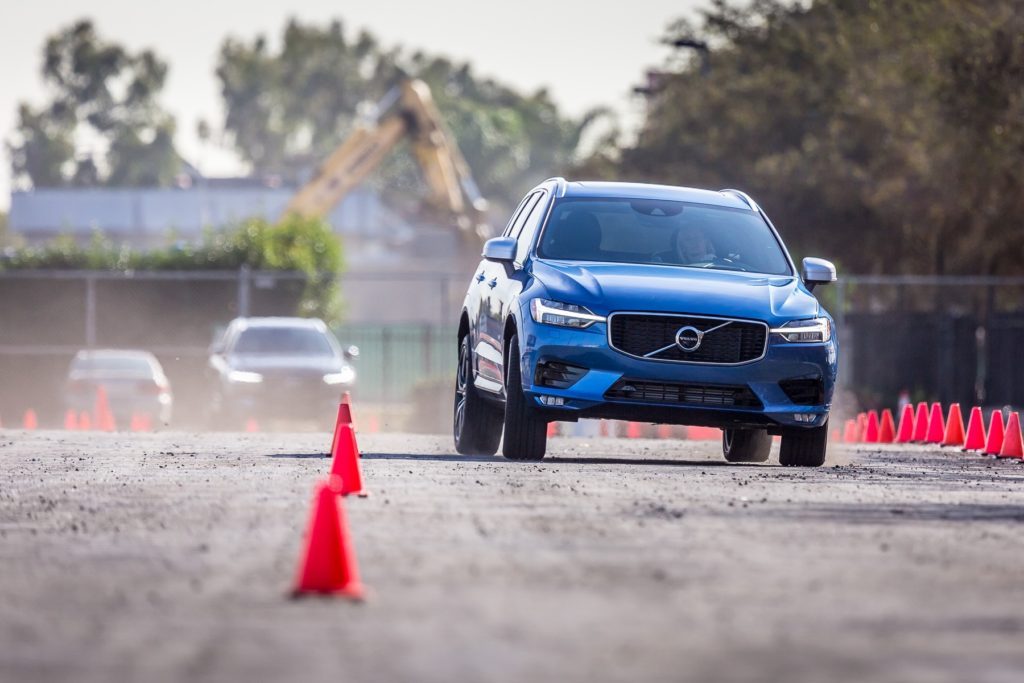 During this driving academy, the instructor taught us that where you look is where you’ll end up driving.  Duh, right? Well, more specifically, if there’s something you don’t want to hit, you should resist the urge stare at it. Instead, you should look in the direction you want to go. This again, sounds really easy and simple but was really hard to do behind the wheel. For example, a dog jumps in front of your car — what do you do? You and I both know you’ll lock eyes on Rover until you know he’s safe. But no! You should look in the direction you want to go to avoid him instead. What happened the next time I saw that pothole? So long, sucker.. woo hoo!

#1 Being Scared Is More Fun In A Safe Car

Have you ever been to a dodgy theme park? You know, the ones where the roller coasters don’t have those sweet, padded over the head restraints but have lap belts instead?  For some, that tenuous safety may be thrilling. But they are probably the same people that like being in cages feeding sharks (aka lunatics).  Performance driving is the same. Turns out, skidding out of control in a Volvo XC60 on a driving course is roughly 3,000x less terrifying than doing so in my grandmother’s Aries K station wagon on the Long Island Expressway, as a completely random example. 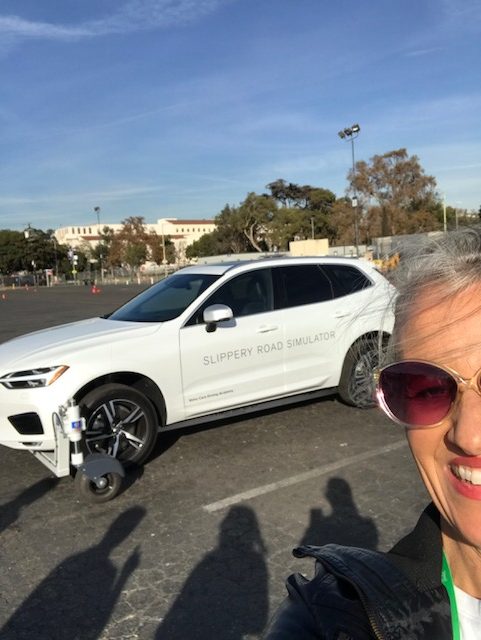 I can’t tell you how much fun this was. I pushed myself until I was scared and but then I drove through it with the help of the instructors.  In a few hours learned a lot and conquered several fears.  I also sweated off some of those nasty Thanksgiving pounds– it was both educational and almost cardio! In short, I loved it. Now I just pray that Volvo makes this a program a reality in time for my daughter to get schooled by the Swedes.  Many here in So Cal would breathe a collective sigh of relief…