Dude or Dbag: The Outfits Of Radwood 2 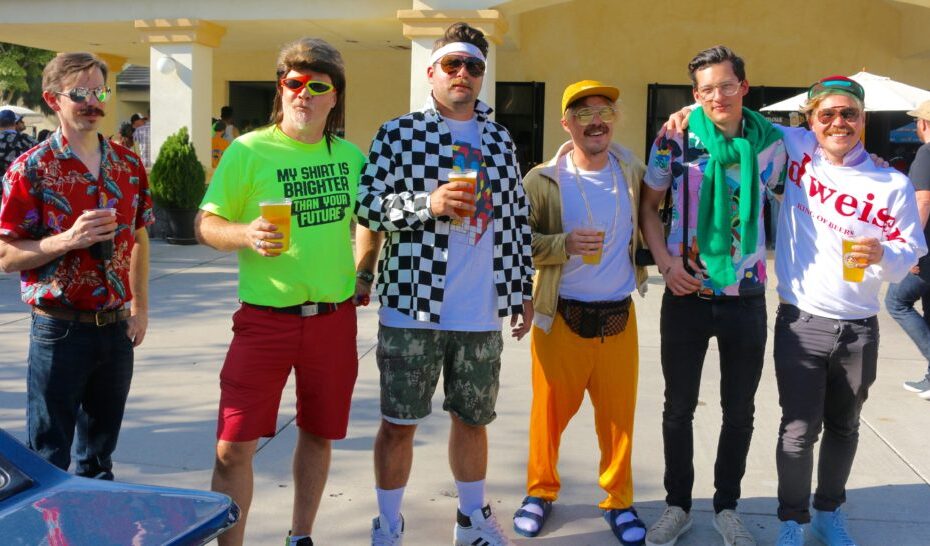 Ain’t nothin’ like a 80s/90s themed car show to make you feel old as f*ck. This was the case this weekend in Anaheim, where I witnessed perhaps the most depressing thing ever–my glory years on display.. as history. Oh, Radwood, why’d you have to do it?  But honestly, it’s a great show. It reminds me why this was such an excellent era for cars: 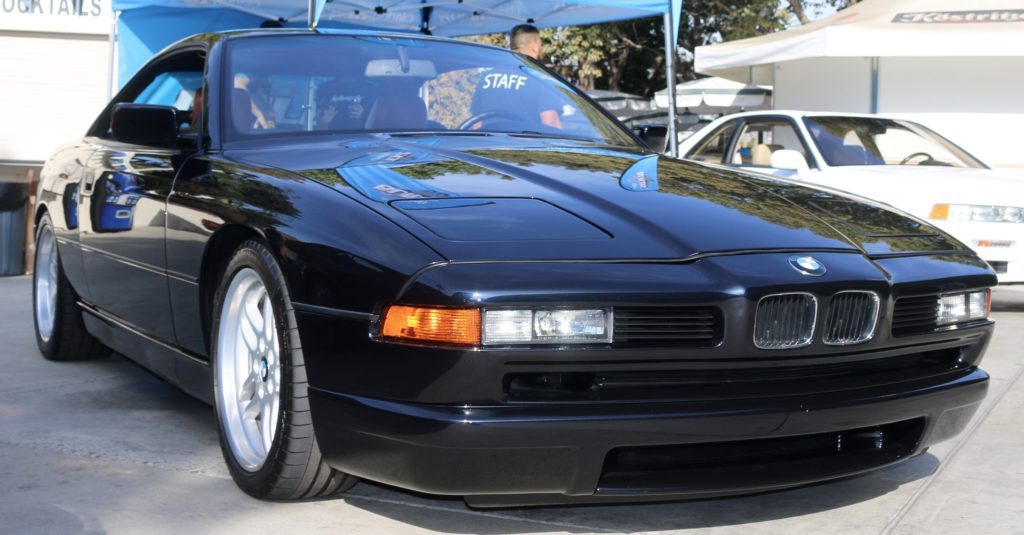 These were the days that BMW’s 8 series had engine noises that make women swoon (at least this woman). At the same time, there were also plenty of rides that still make me say “Gag me with a spoon”: 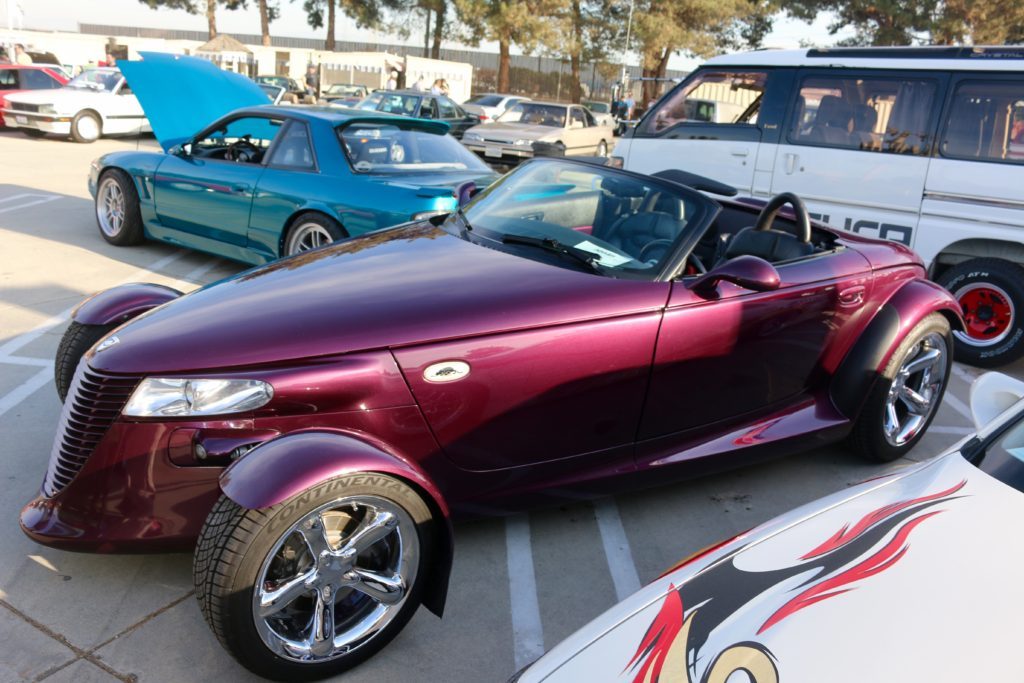 Besides being a great way to revisit some cool cars, the people of Radwood show up in period correct costumes. Which, needless to say, is a goldmine for yours truly. So let’s get to it. Let’s just start by setting the bar super high: 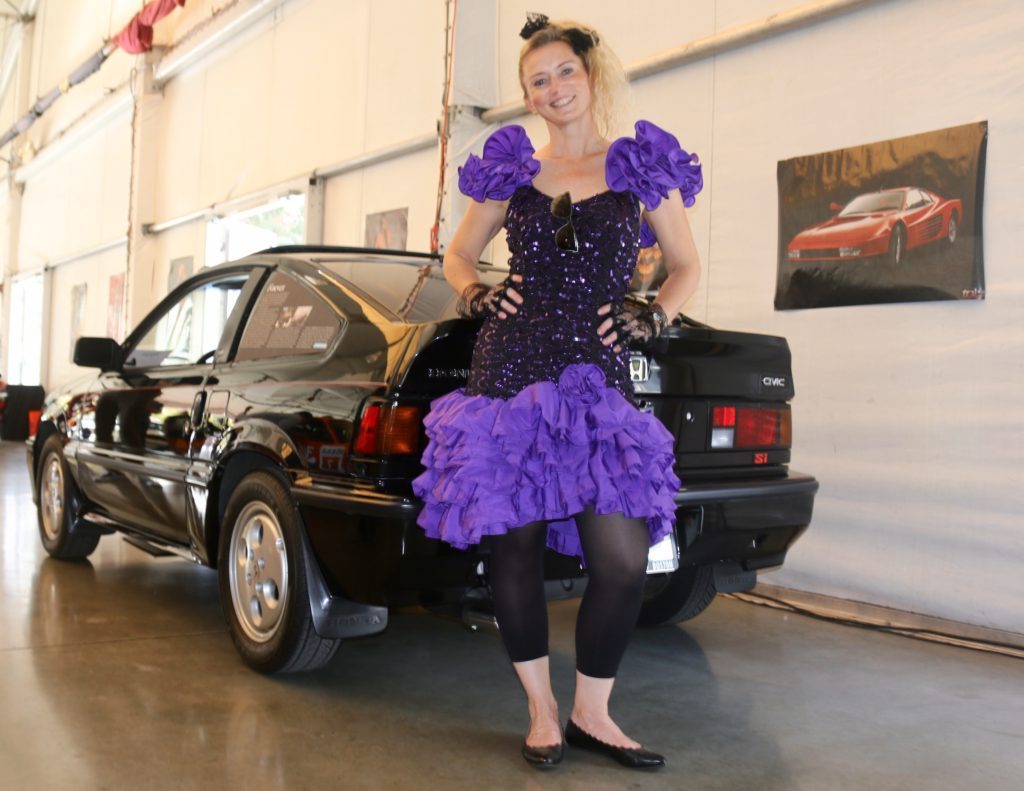 This is the lovely and talented Lyn Woodward, the queen of dudettes, posing in front of the car that houses all of my Freshman High School secrets, the Honda Civic CRX. I can smell the Bartles and Jaymes wine coolers and first gen Dominos pizza from here.. gnarly! Meanwhile these two: 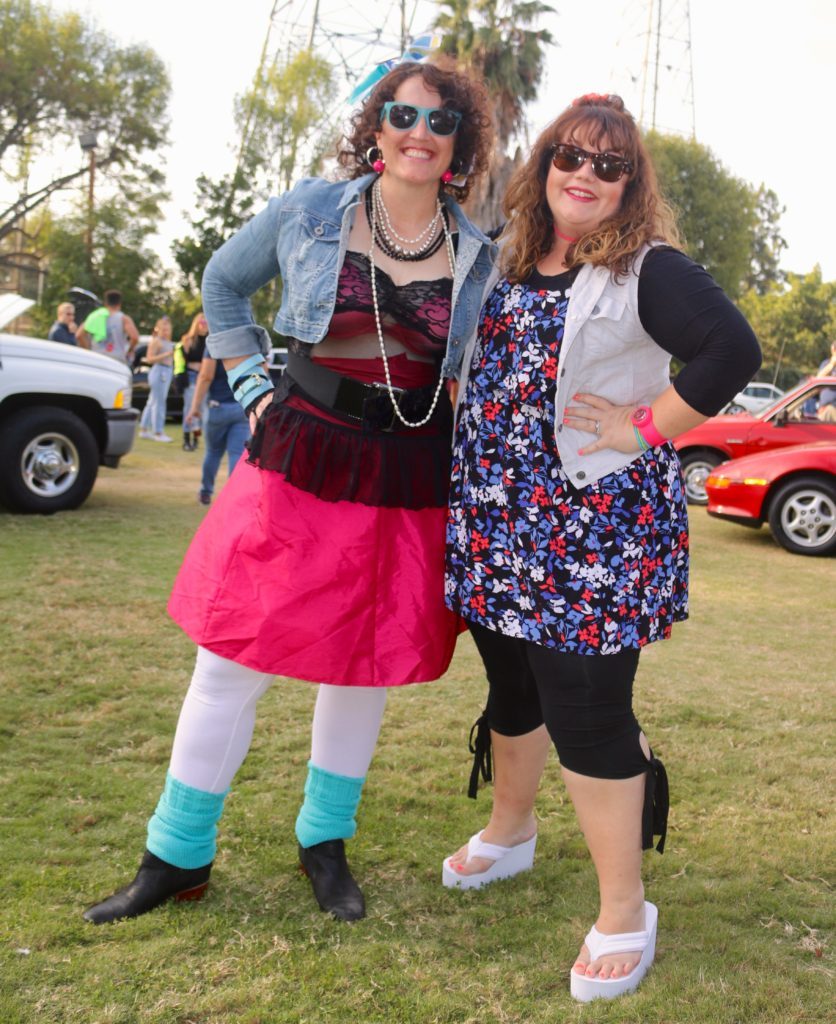 I dunno whether to applaud the fact she happened to have matching turquoise leg warmers, sunglasses and leather bracelets or to stage an intervention.  She still gets an A for effort from me. Then there’s these d-bags: 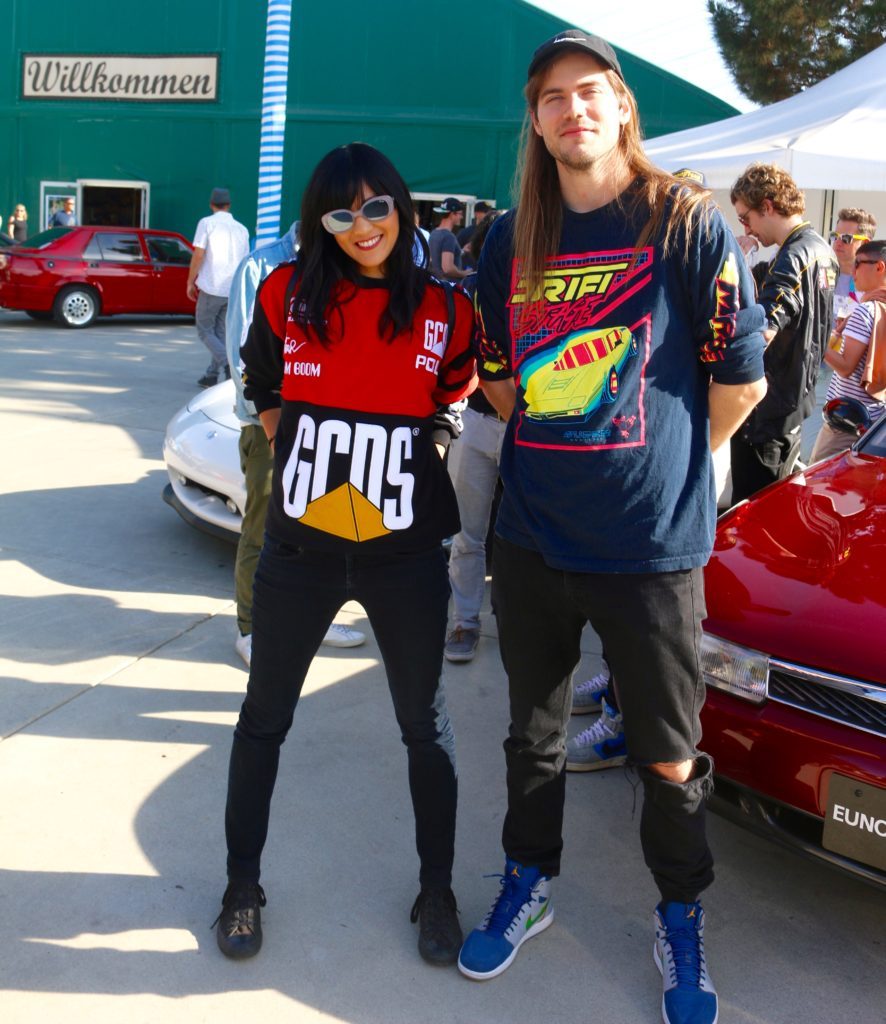 Absolutely no one should look that adorable in 80s gear.  I’d punch each of them in the face if I didn’t think the world needed their unblemished gene pool. How about this hunk? 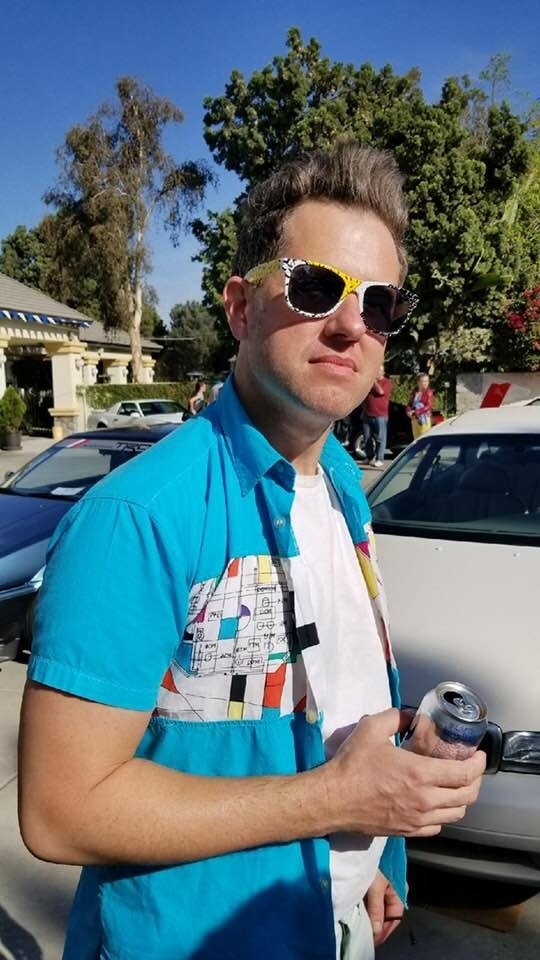 That’s the studly Derek Powell, auto-journalist & enthusiast, getting his graphic shirt and hairspray on. Did somebody say HAIRSPRAY? 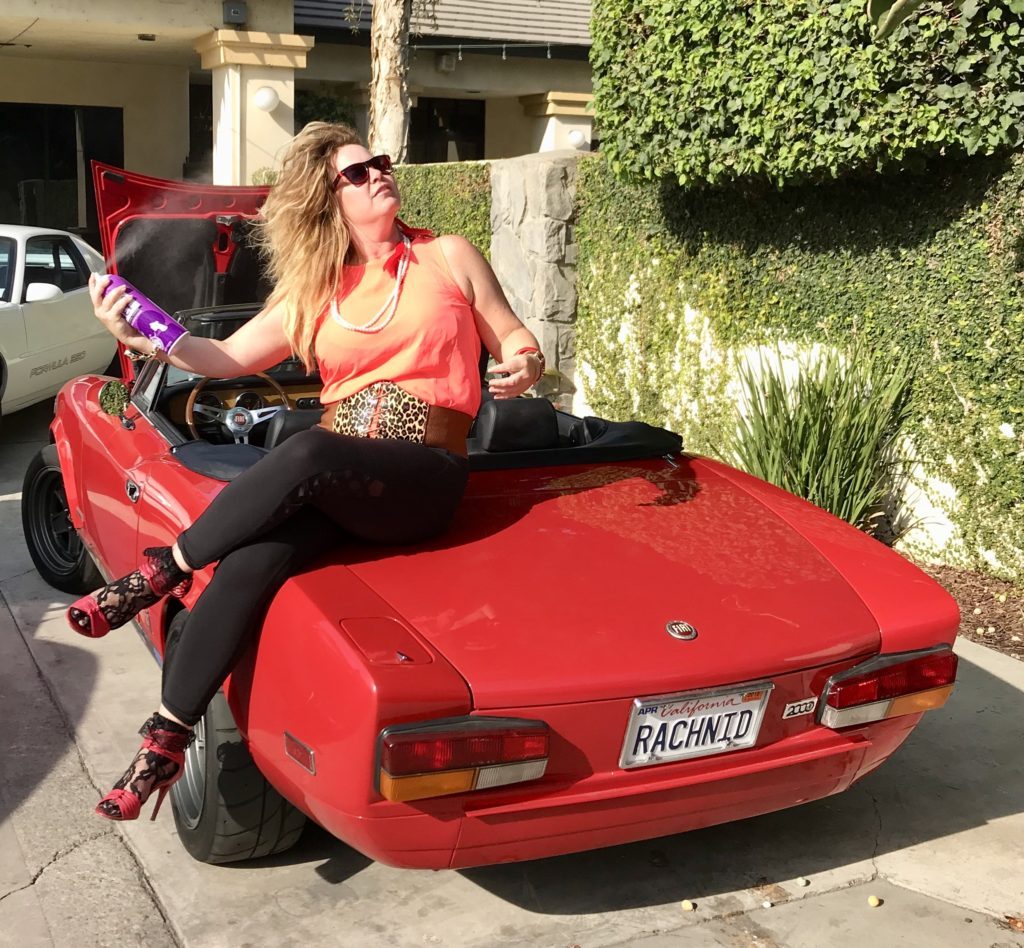 This woman went all out!  She was almost as cool as her car, the totally tubular Fiat 241 Spider, which after receiving a conversion from Electric GT in San Marcos, CA found itself singing the immortal words of Marcia Griffiths.. ‘It’s Electric!’ Rad. Of course there were heaps of white 911s at Radwood, because in the 80s we liked lots of white, expensive, dangerous things..this guy knows what I’m talking about: 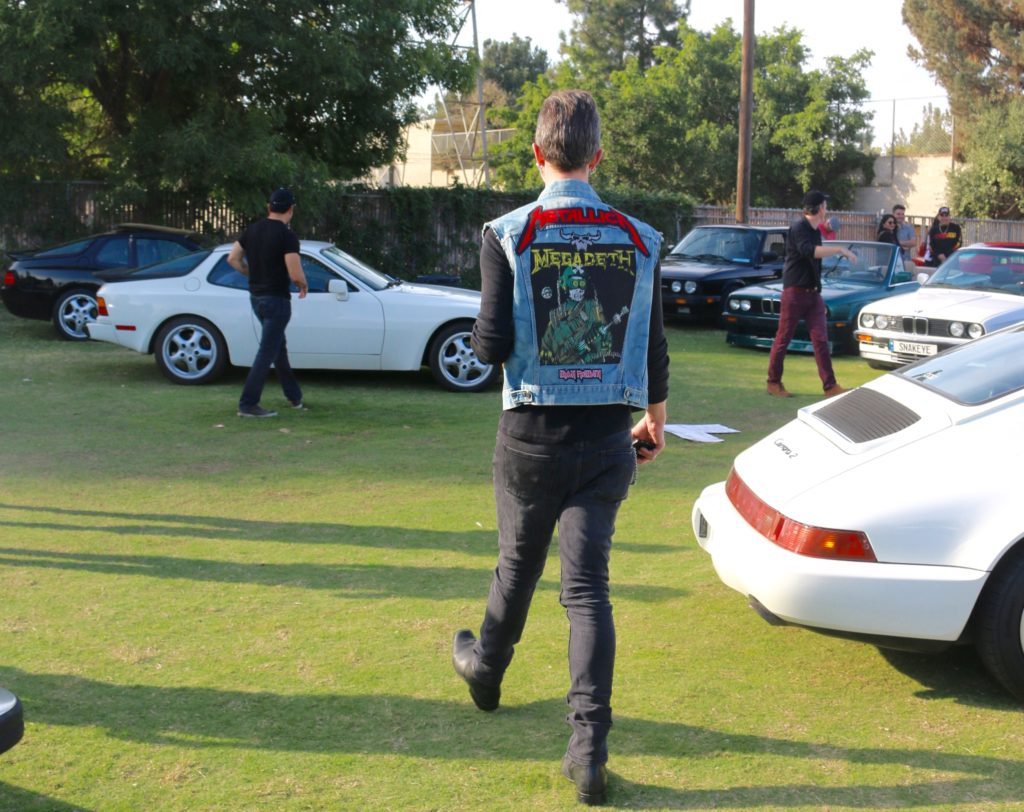 This may be a man reliving his youth or one of those guys that just dresses inappropriately in general. No judgement here pal, I’m still rockin’ Tretorns and a jean skirt. Though I’m not sure that Buffy and Bif would approve: 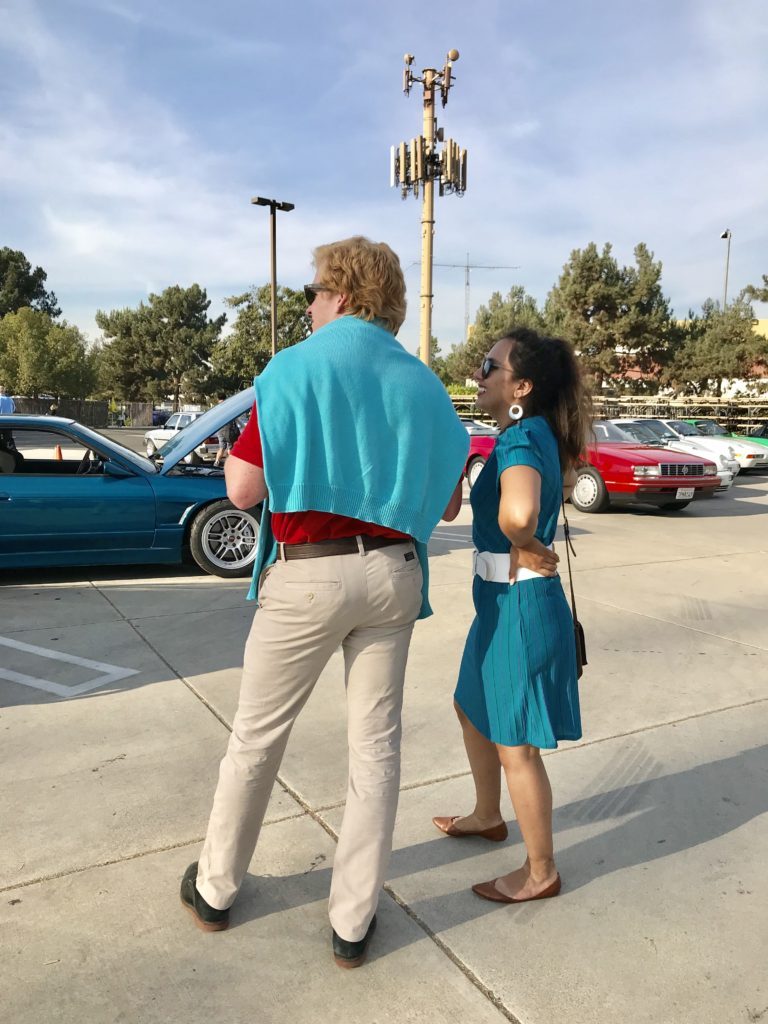 Pretty sure I went to prep school with at least one of them.  Of course, I could always ask one of these guys to rough them up:

(did I mention there’s a lot of beer at Radwood?) If douchey was the general look they were after here, they scored! Especially considering one t-shirt reads “My Shirt Is Brighter Than Your Future.” Fantastic. Yes, there may be a lot of douchey outfits at Radwood 2, but that’s exactly the point. There are plenty of things I’d love to forget about that era (mainly my clothing) but I will never forget the cars!

previousYes, In Fact You Should Go To The LA Auto Show
next5 Safety Hacks from Volvo’s Driving Academy You Need NOW