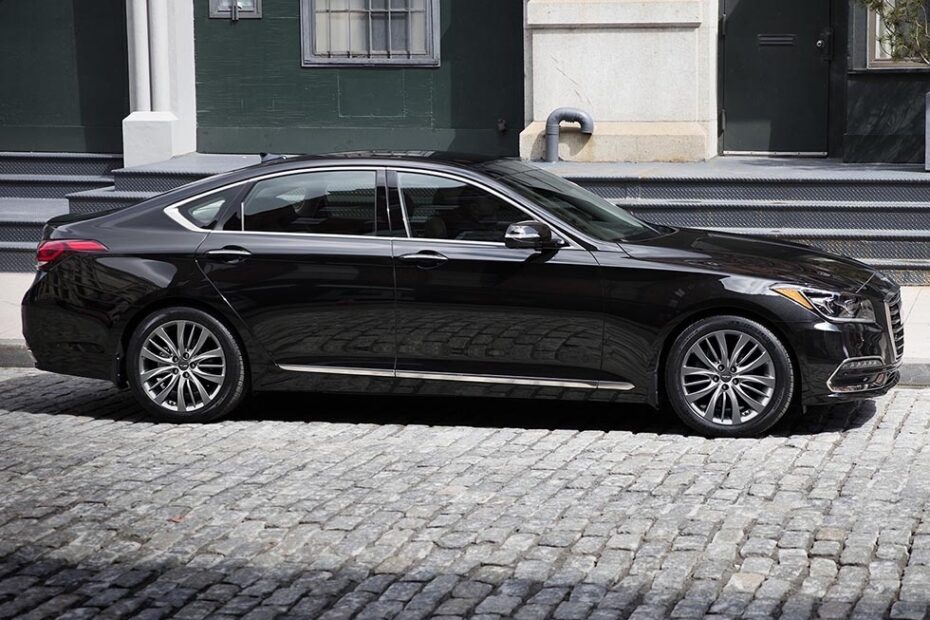 When it comes to car buying advice, I’m certainly no Consumer Reports. Can I tell you if this year’s Honda Accord is superior to the one before? Hell no. Do I know the new Prius inside and out? Yawn. Sorry, no interest. Unless, of course, it’s covered in marshmallows. But what I can tell you is which upscale vehicle will dramatically increase your happiness quotient and which one will make you look like a tool.  For we all have our own, God-given talents.

So in 2015, when it was announced that there would be ‘a new luxury division of Hyundai’ I couldn’t help but laugh a little. Does that make me a bad person? Prolly. Even worse, when Kia* announced they were building ‘performance vehicle’ I reacted with an unabashed eye roll.  But as Ghandi once said, “It takes a highly intelligent, super sexy woman to admit she’s wrong.” Or maybe it was my mom. Whatever. Here I am, eating humble pie like a boss.

Why? Because I experienced both the Kia Stinger and the Genesis G80 this year and I’m here to tell you, these Korean contenders are no joke. I drove the stink out of that Kia Stinger with my mouth ajar, anxious to grab anyone I could to confirm my new opinion, “Is it just me or is this awesome?” Turns out, it is. See my Stinger GT write up here.

Then, when a friend of mine told me that Hyundai has put significant investment into its Genesis brand and that I should drive one, I agreed. But not before I rolled my eyes yet again.

You may not know anything about Genesis. That’s ok, its origins are a little confusing. First, it was a model name. The Hyundai Genesis came out in the USA in 2008. But then, in 2015, the company announced that it would be its own brand, Genesis Motors.  They snatched up the great minds from places like Lamborghini, Audi and BMW’s M division and fueled by oodles of Korean cash, got to work. 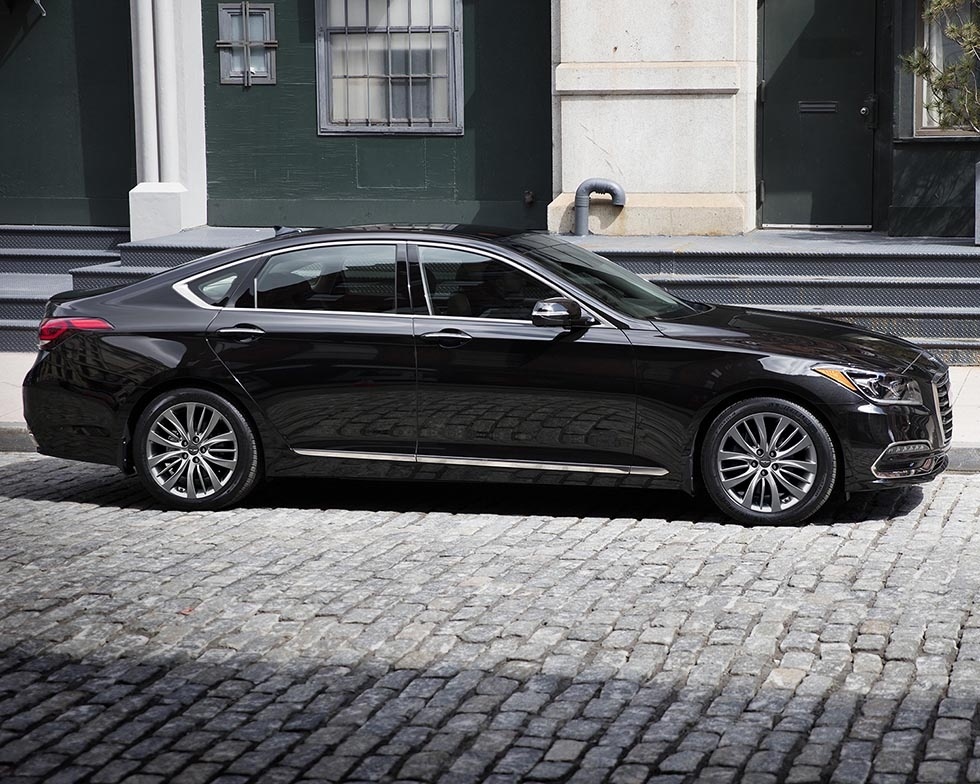 I recently drove the 2018 Genesis G80 RWD 3.8 and lemme tell you, it was sweet. It truly felt luxurious. All of the finishes felt fantastic, with upgrades that I wasn’t expecting but was happy to experience.  Did I know that I needed a power rear sunshade? Nope. But it was lovely. And when the logo lit up the concrete as I approached the vehicle in the dark, I felt like the Queen of Sheba. And that cabin is so beautifully insulated, the rest of the world happily disappeared. In short, the G80 delivers on all levels of luxury.  The drive experience was smooth and zippy, yet not particularly memorable.  Note: I experienced the 3.8L V8, not the sport version, so there’s that. But its interior was quite special. 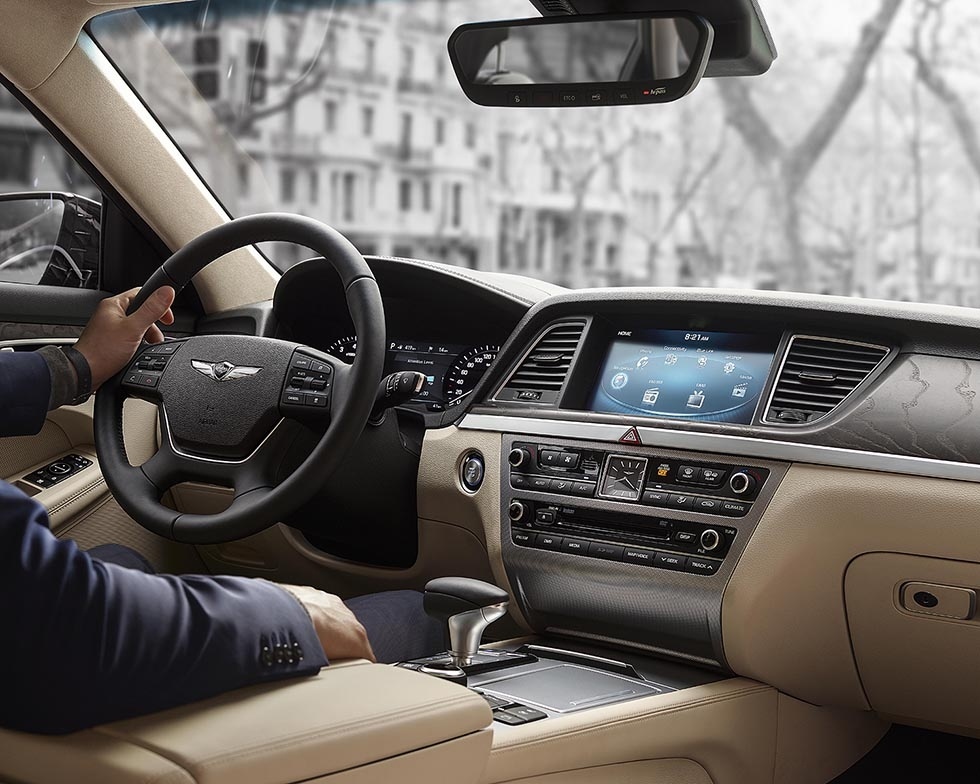 In fact, the other day Freya looked out the rear seat window of my car and said, “Hey Mom, remember that Genesis? I really liked that one. That thing was like a limo!” From the mouths of babes, my friends.

So why should you expect great things from this brand? Well, they’ve announced that by 2020, they’ll release two SUVS and a sports coupe.  Interesting. Even better, earlier this year they released the season’s most stunning concept vehicle. Oh baby: 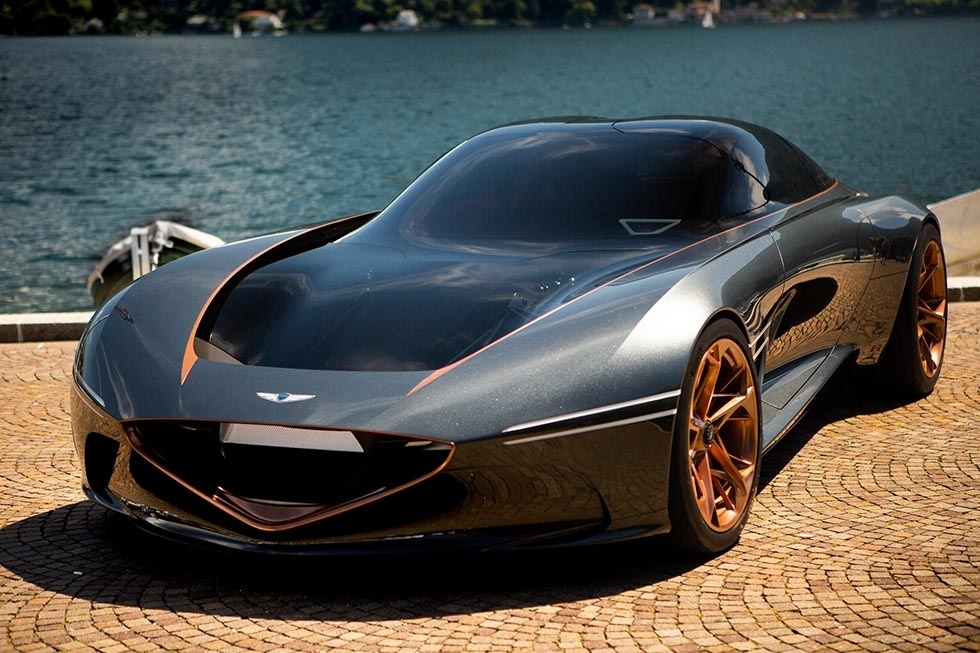 So as we enter auto show season and everyone anxiously awaits what’s new and what’s cool from the fancy Germans, I’ll be the one lining up to hear from the Koreans, for I, like everyone else, really enjoy a good dethroning.

*Note: Kia, Hyundai and Genesis Motors are all a part of Hyundai Motors Group, the world’s third largest vehicle manufacturer by volume.