5 More Cars Freya & Her Pals Are Into 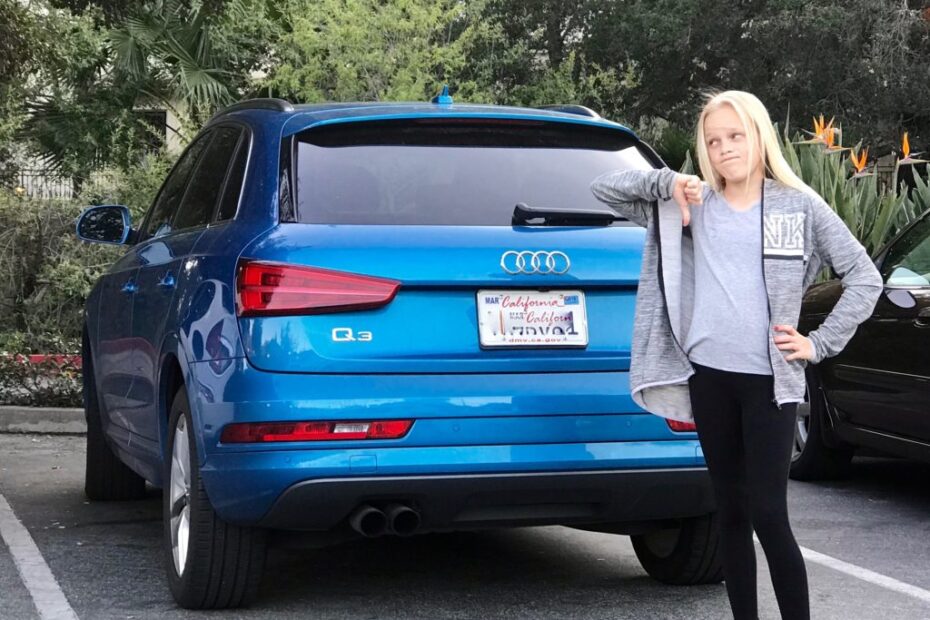 This morning, I awoke to four tween girls who were up and ready for donuts! It was my fault, the night before I’d promised them that we’d do a donut run if we could make one extra stop. I waited until we got in the car to reveal that the extra stop was Supercar Sunday. To say they were excited about putting 300 cars between them and deep fried sugary treats would be a lie: 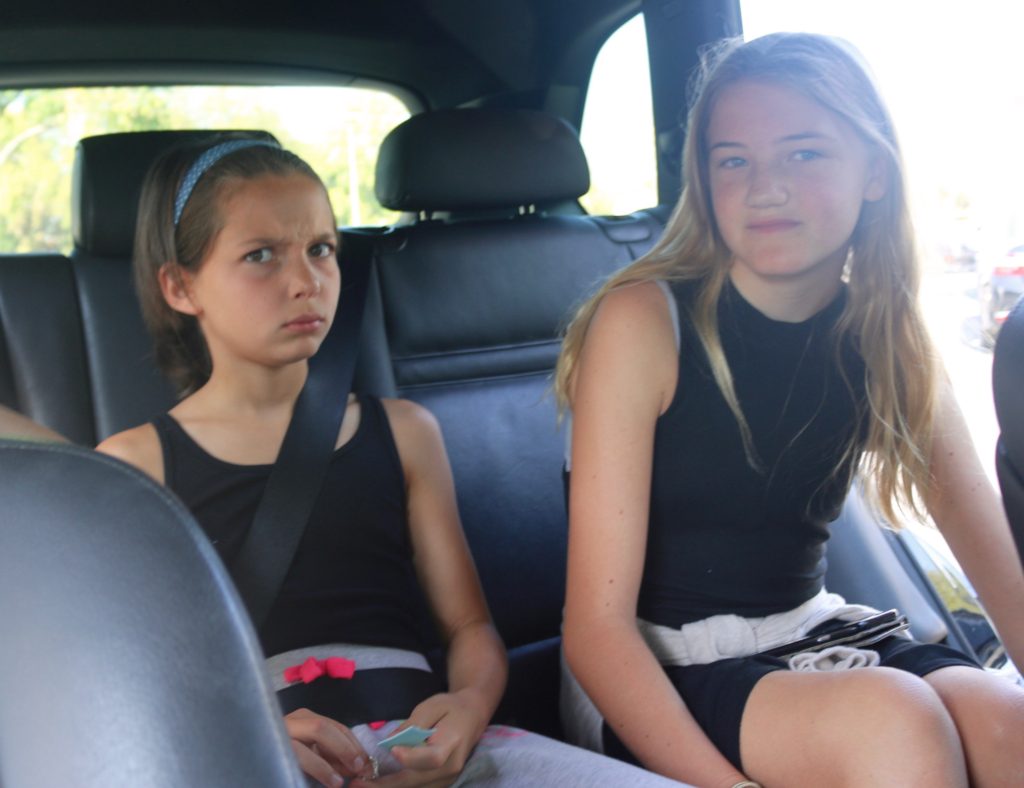 But when we got there, they embraced it right quick. I let them loose with only two instructions: don’t touch any cars and take pictures of the ones you like. Pretty soon they found a favorite: 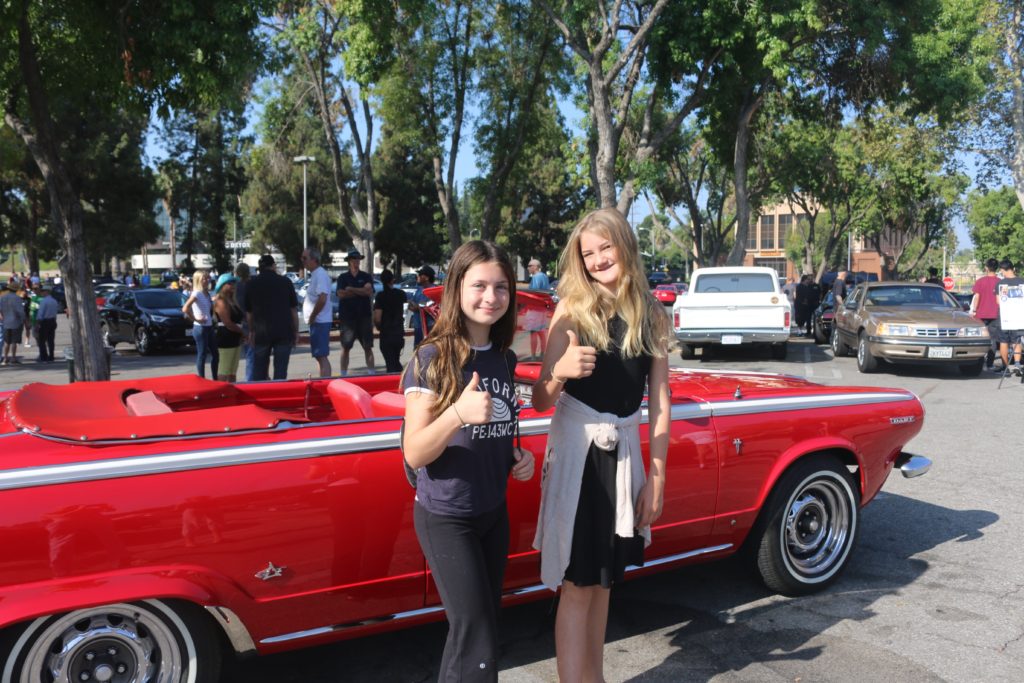 Why the 1964 Dodge Dart? Do they know it’s collectable because of it was the last year Dodge offered it with the optional Torqueflite automatic transmission? Nope. Because Girls + Red Convertibles= Love. Period. After walking around for 20 minutes, looking at Lambos, Porsches, Ferraris and every generation of Mustang there is, they kept coming back to this: 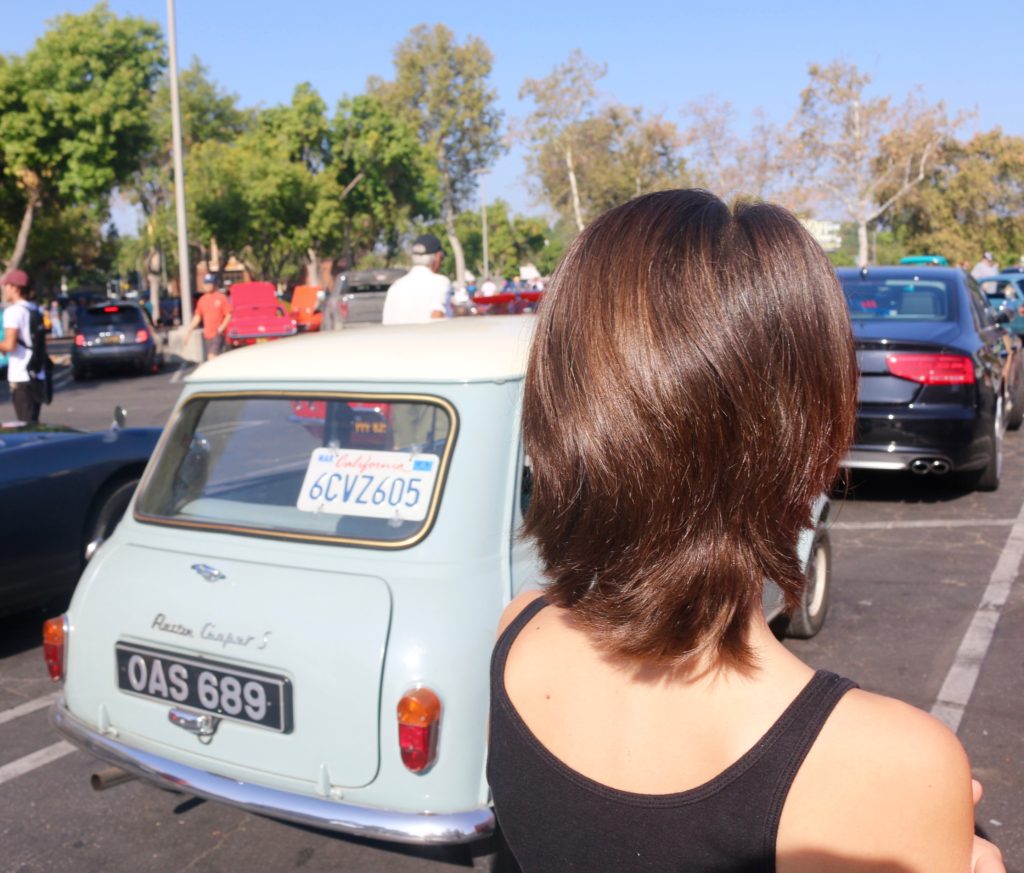 The Austin Cooper.  When I asked why, they said that “it is small” and “cool.” Yup. If those aren’t two great reasons to love something, I dunno what are.

As for Freya, her overall taste these days are just as diverse. She loves the new Subaru Ascent. Why?  Because that kid has double buckled in more Subarus than a LAMBDA carpool, so she is psyched about the third row: 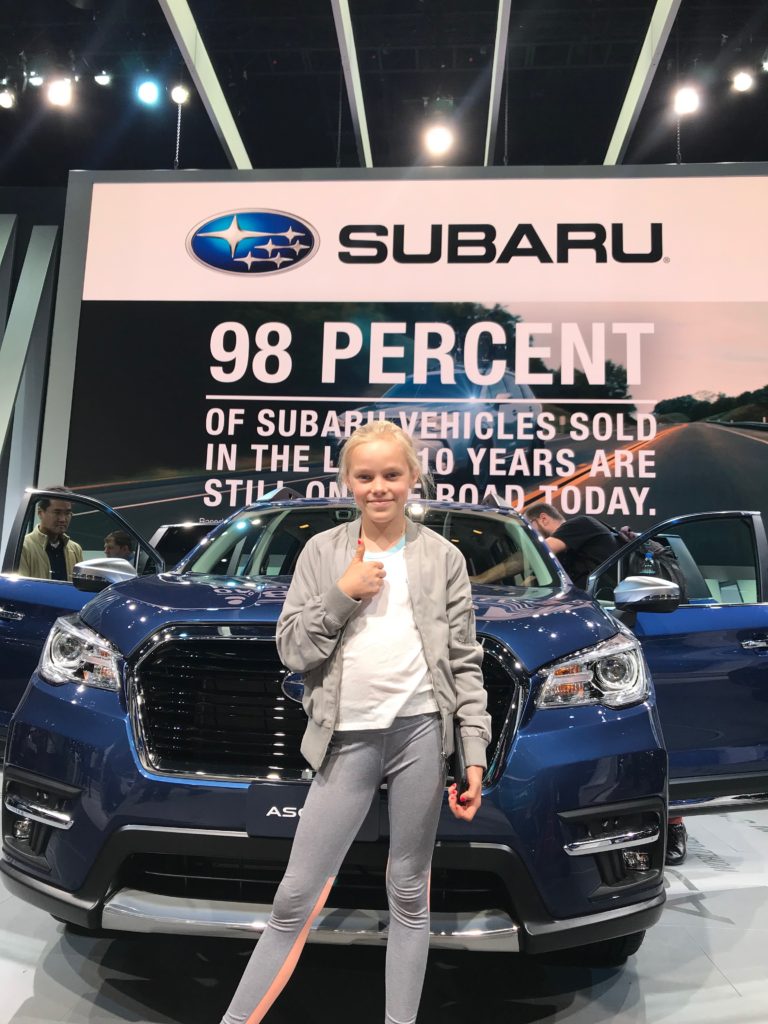 She also loves trucks. The TITAN is always a hit at my house: 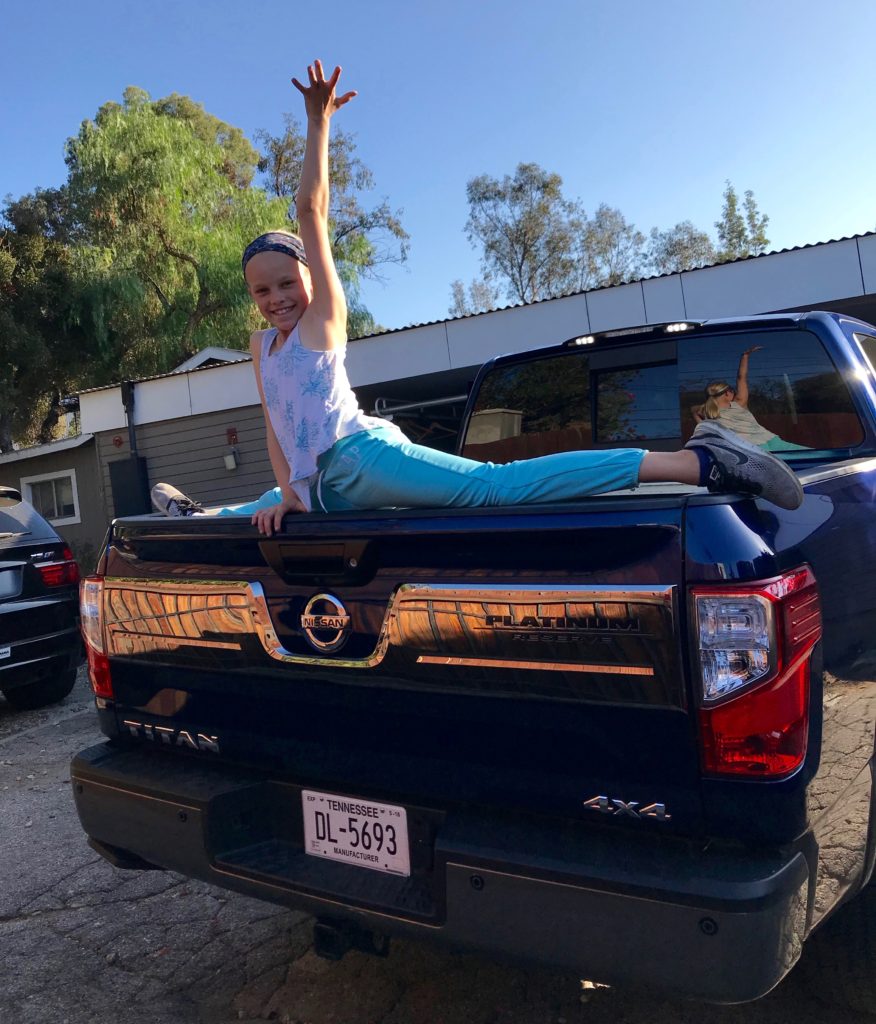 She also strongly dislikes the Tesla Model X, not because it’s electric, but because it’s “hideous.” Okey dokey. In general, I notice that she and her friends dig electric and hybrid vehicles. She loves the Hyundai Ioniq which is unexpected: 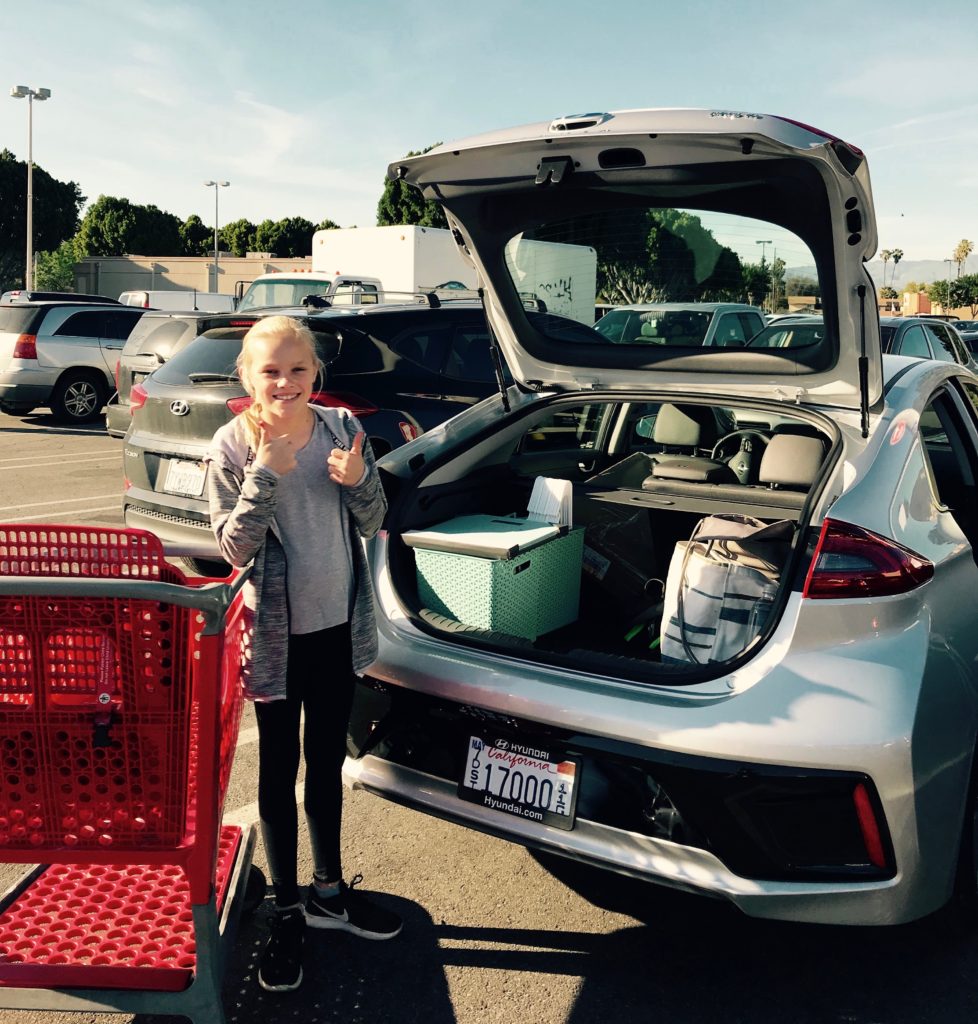 Finally, Freya has also fully developed a taste for two wheelers.  She doesn’t care much for observing or admiring others’ bikes, but she loves riding her own and is working hard to make posing on it an art form: 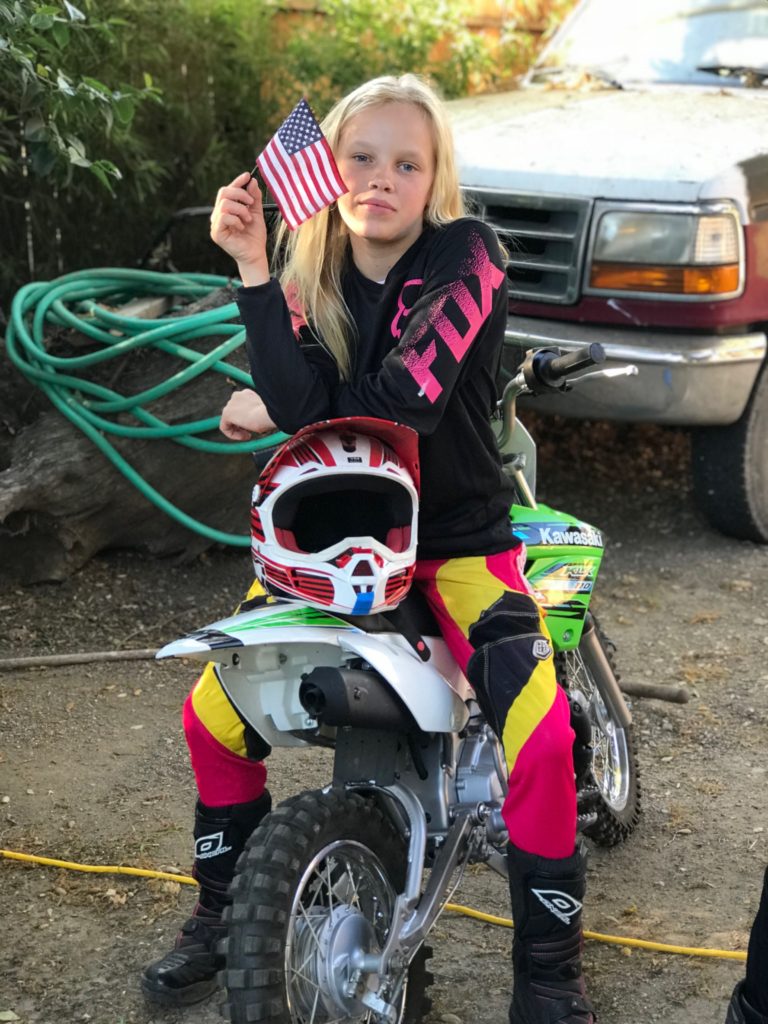 What does this tell us, the adult observer, about kids and cars?  That they don’t have to be gearheads to embrace car culture. They don’t even have to be boys.  So please, I beg you, don’t assume that your daughters, sons or grandchildren don’t care about cars because you think they’ll all be flying or self-driving during their lifetime. For, as any history teacher will tell you, we can learn from where we’ve been as from where we’re going. If you believe Freya’s predictions, that place is gonna be fast, electric and filled with donuts.