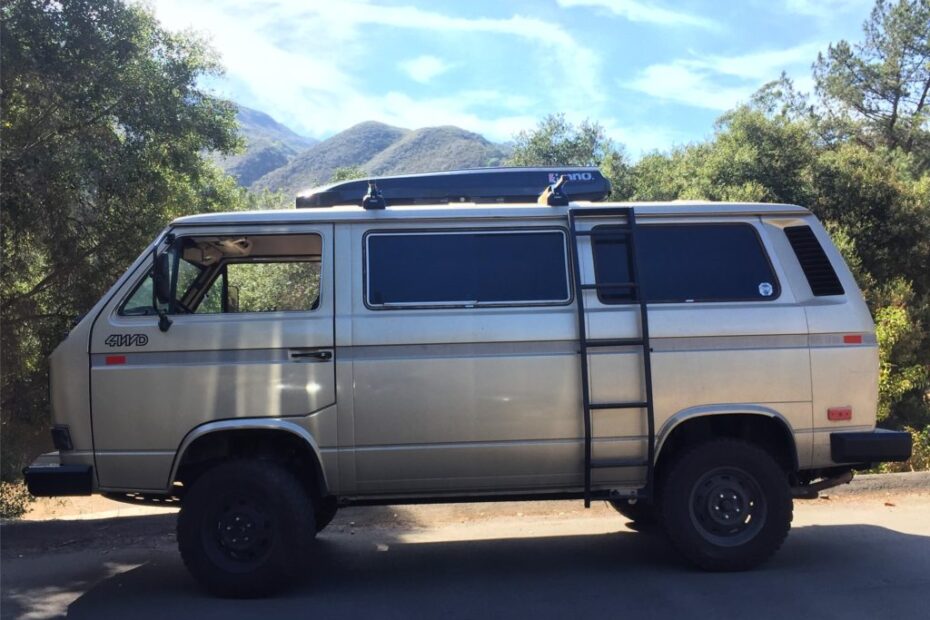 Being a father in Los Angeles is not for the faint of heart. While women have to worry about boob jobs, Botox, vaginal rejuvenation & how many times their kids will need rehab, LA dads don’t really get off easily either.  First of all, it’s virtually impossible to be special. Your father’s famous? Big deal, so is Siri’s. Rich? Right, tell that to that the dad at tomorrow’s playdate..his name is Kanye. Good looking? Right, yesterday’s playdate dad was Brad Pitt’s body double (of course we invited him to the beach, duh).  Bad ass? Now there’s a place where LA dads really shine. Many of them are great surfers, tri-atheletes, rock climbers, motorcross madmen, the list goes on. When it comes to expressing that exciting and athletic demeanor on the streets of our fair city, plenty of LA guys are choosing the 4×4 van as their vehicle of choice.

Here are some great examples of what these dad dudes are driving: 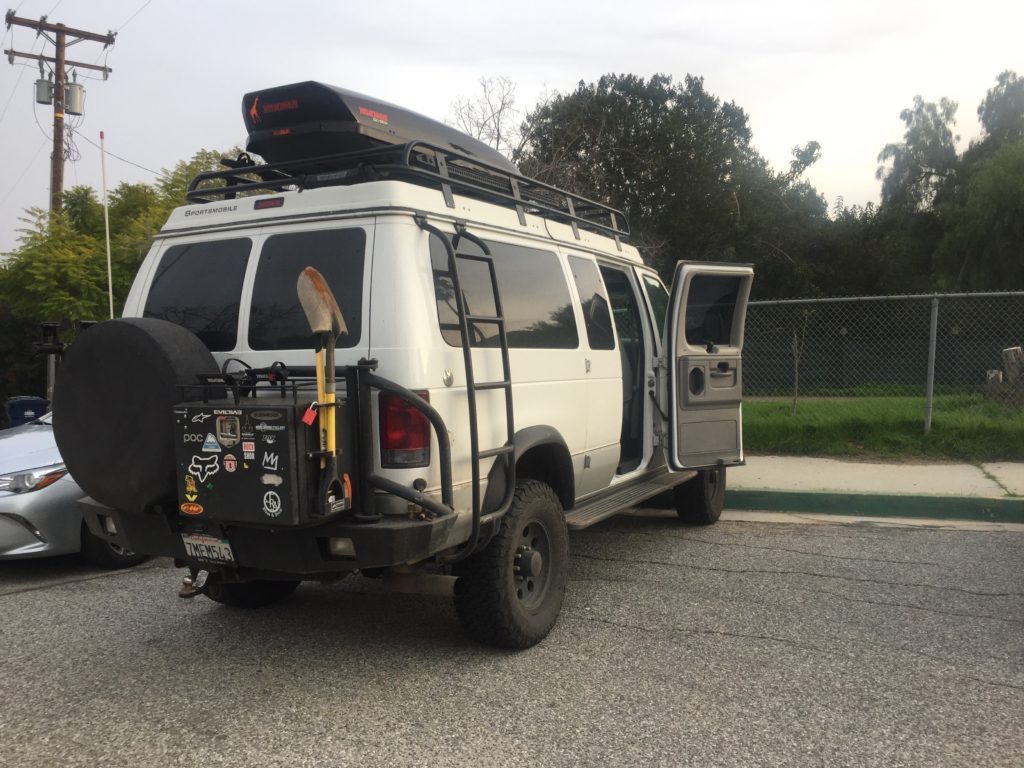 An epic Sportsmobile Econoline fresh after unloading a pile of kids in the school parking lot. Hell yeah!

Another dad’s off road ride on School Road, lookin’ good! 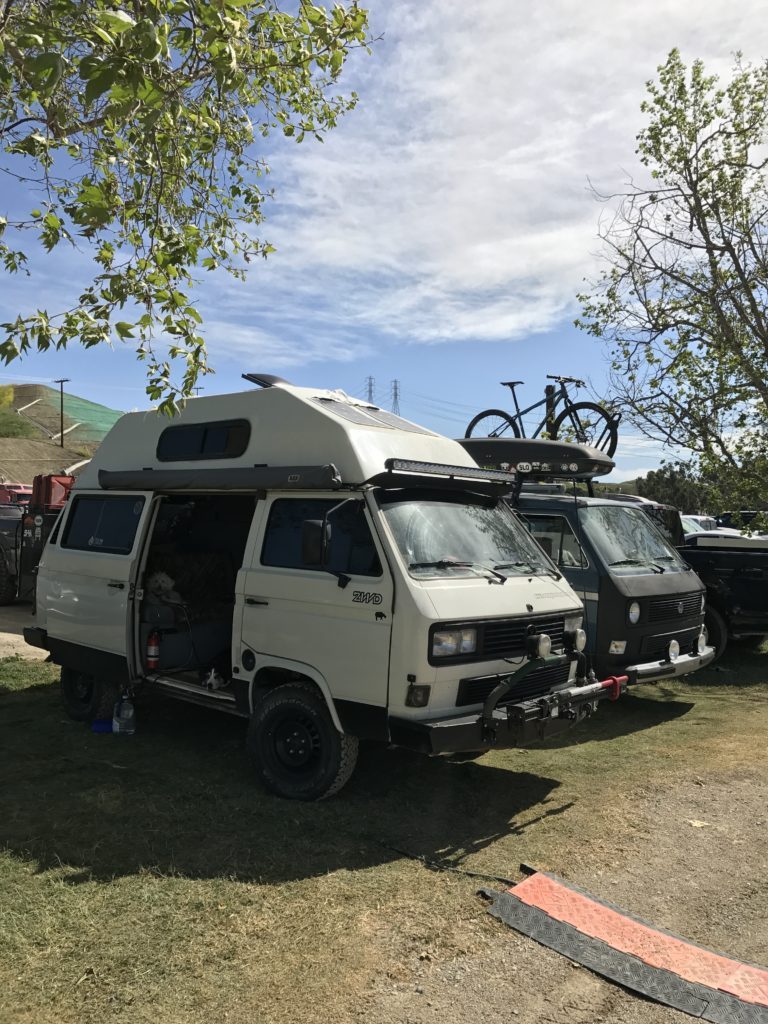 A pair of VW vans at my kid’s horse show.  Nice! The 4×4 van is especially refreshing at a pretentious place like this, where the G wagon still reigns supreme.

Of course, Sprinter vans are everywhere: 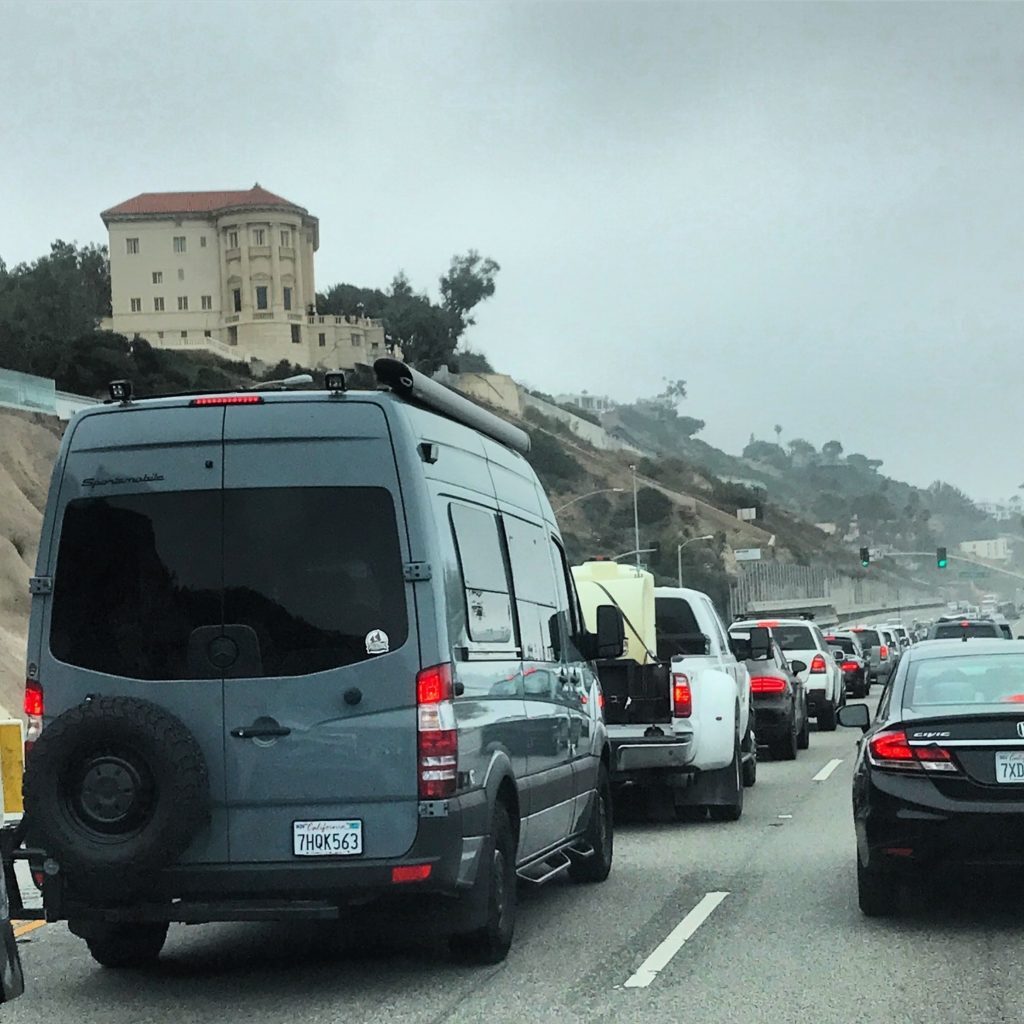 And that’s fine, unless you want to buy a 4×4 version. They’re essentially sold out and expensive as hell. Just ask my husband, who won’t stop whining about it. 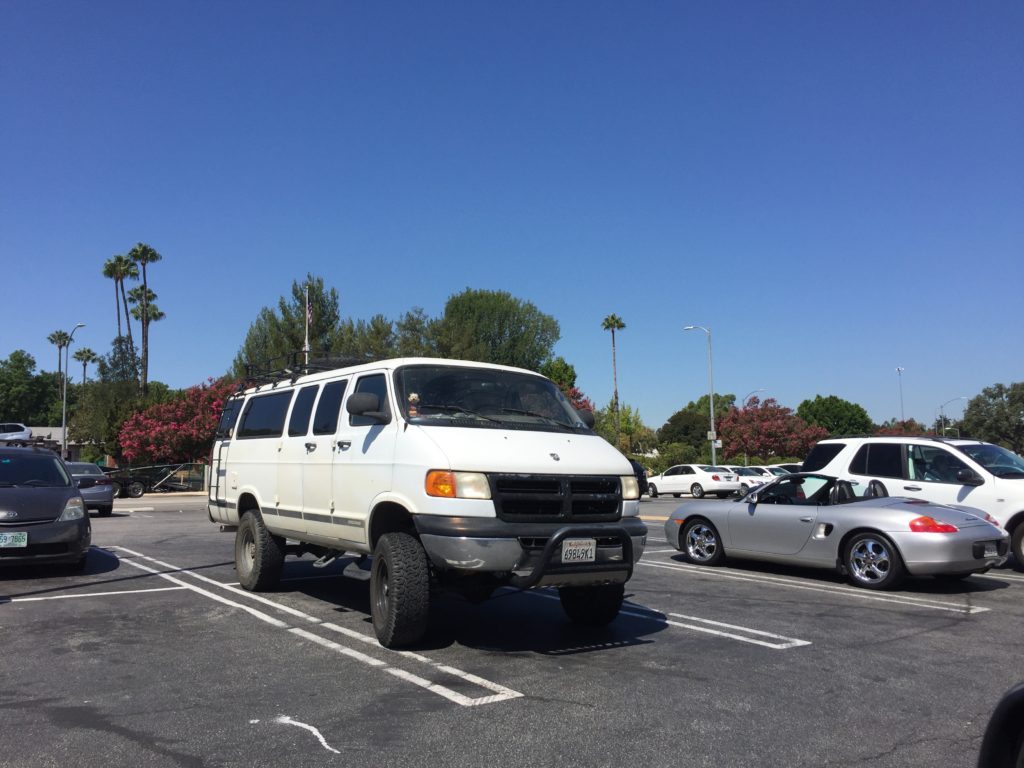 Now the Ram version is one we see a lot less. Equally hardcore, this one’s looks great complete with all the vital accountrements– the bull bar, ladder and basket– that Boxster could almost hop on for a roof top ride. Hilarious. But where this gets douchey is when you look at the parking work. If you’re gonna have a big, badass 4×4 van, you’ve got to know how to use it.  At the very least, you should be able to park.  Color within the lines, Jack.  And you’re ass is hanging so far into space behind you that you scared that poor Prius from New Hampshire into parking in the middle of the road. Not cool. That’s some douchey work right there. So sad.

And the situation has gotten so extreme that I even saw this nonsense for sale at Supercar Sunday: 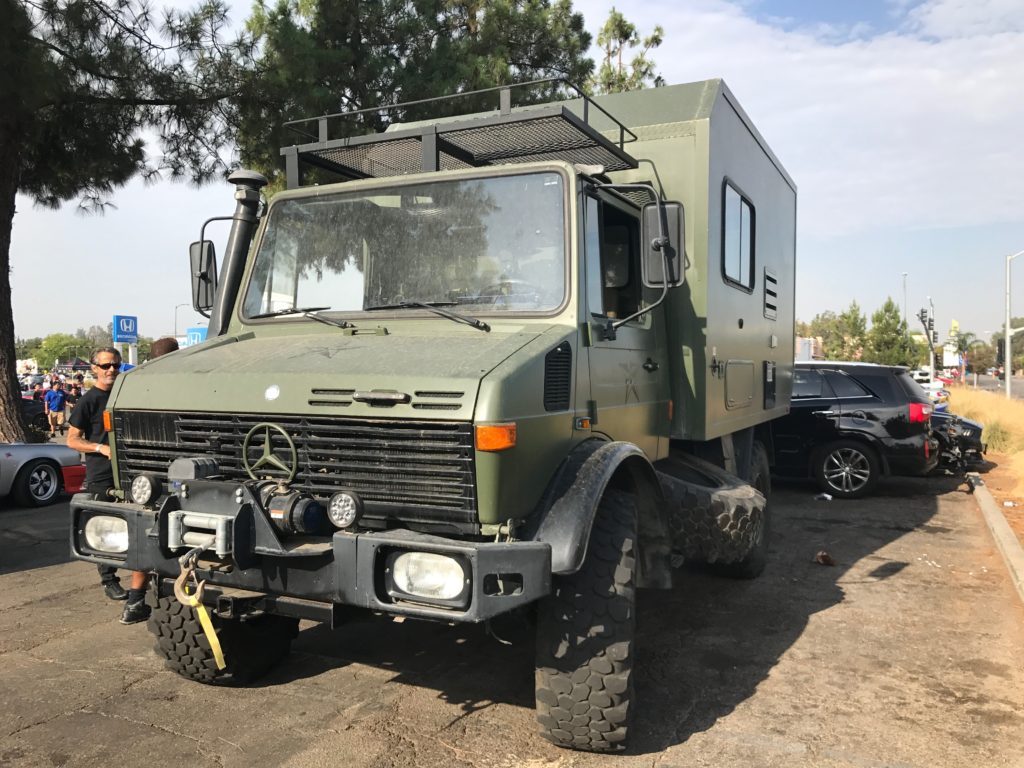 I know it’s probably not officially a van and is vaguely cool in a Look-What-Ate-Your-Average-Unimog kind of way. But it’s also jut ridiculous.  Some poor dad is gonna buy this thing because he simply couldn’t figure out a better way to out 4×4 his friends. 8 miles to the gallon later, his Prius driving wife is going to alert him that the zombies actually aren’t coming and that perhaps he should just grab an F150 so she can stop selling her plasma to pay for gas.  Just sayin’

Hey I’m not anti-4×4 van, but let’s not forget, my kid-carting brethren, that not all vans have to be lifted and running on All-Terrains to be cool. Because no matter how hard you try, this guy is always gonna be cooler: 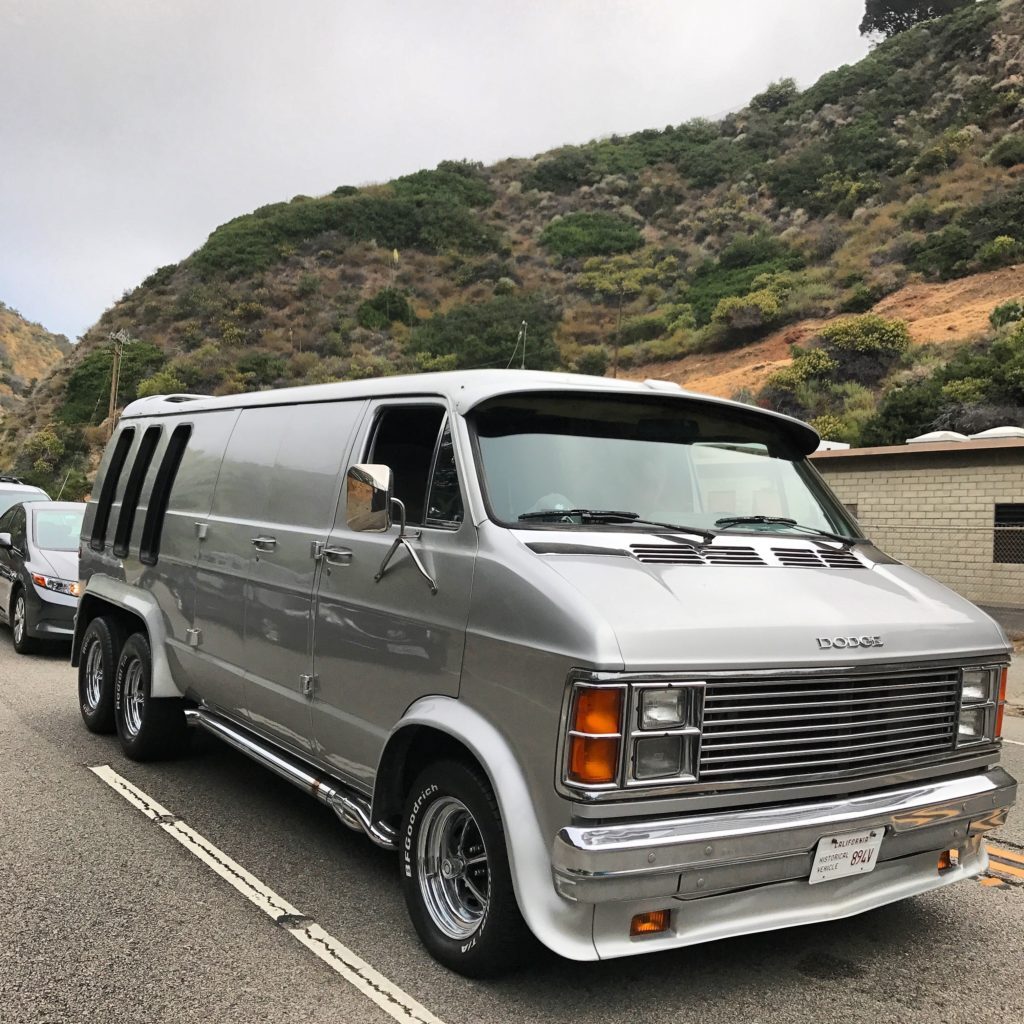