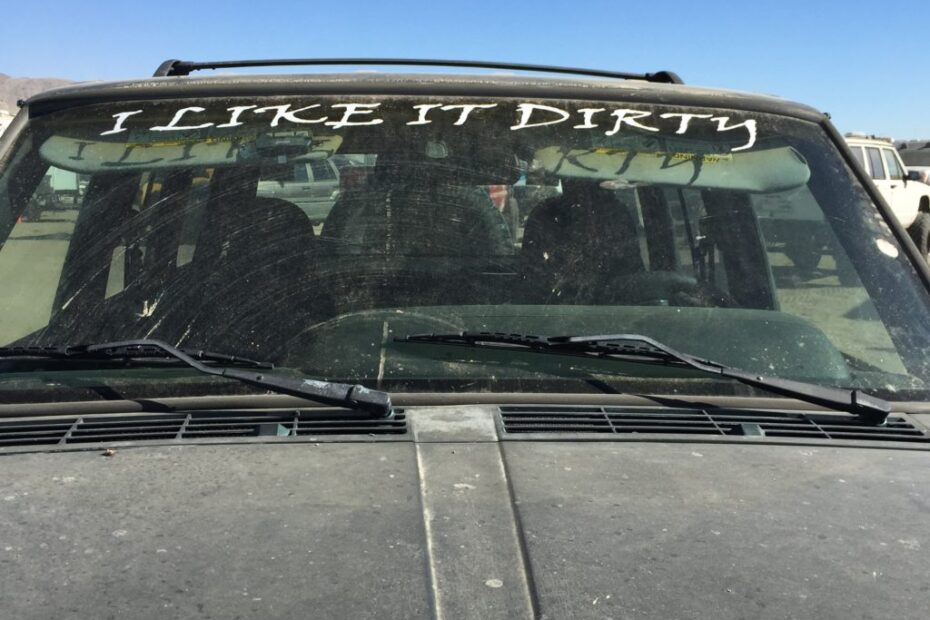 This year I went to my very first King Of The Hammers. Chances are, you have no idea what I’m talking about. But that’s ok, Mama’s gonna school you now.

King Of The Hammers is the country’s biggest off roading/rock crawling event and it is somethin’. If you’re thinking to yourself, “Wow, that sounds awful. Like a State Fair without deep fried pickles or hotdogs.” Then I say to you–you are completely wrong. There were hot dogs everywhere.

But it was kinda like a State Fair. It was hot, dusty and in the middle of nowhere. There were lots of potbellied parents drinking in the middle of the day as their children dragged along with faces of windswept confusion. But it was also populated by 60,000 of the nicest people you’re ever gonna meet, with a few exceptions.

The approach, after a 3 hour drive from LA, looks like this: 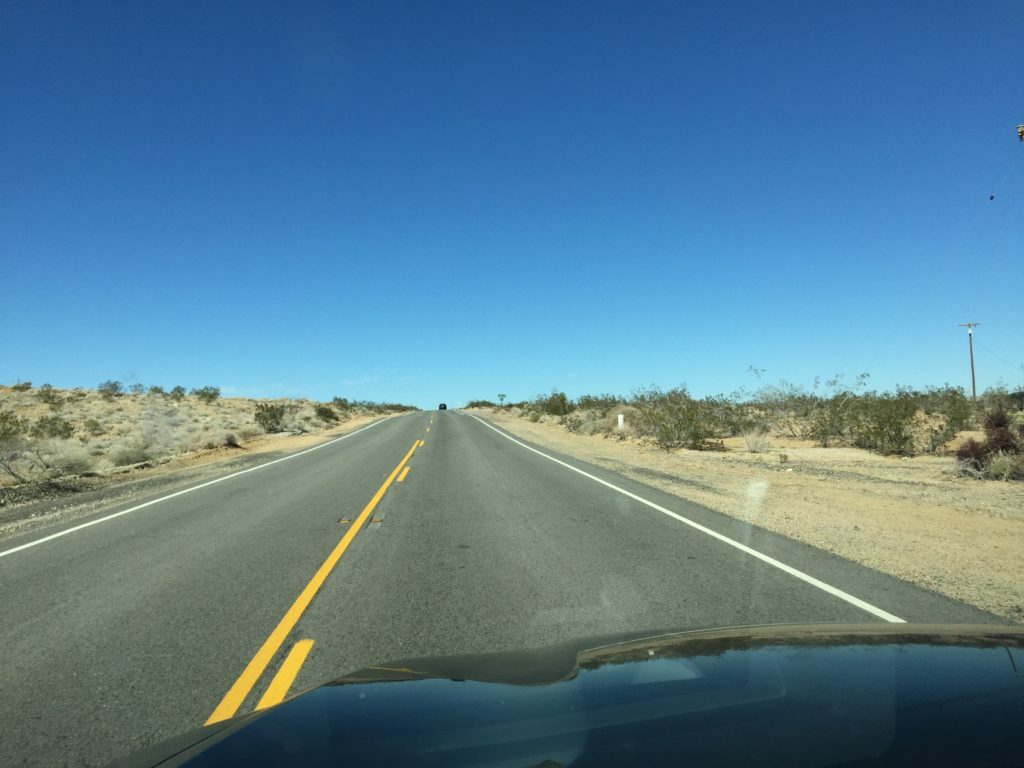 I know, not impressive. Then you drive up a bit closer and it goes a little something like this: 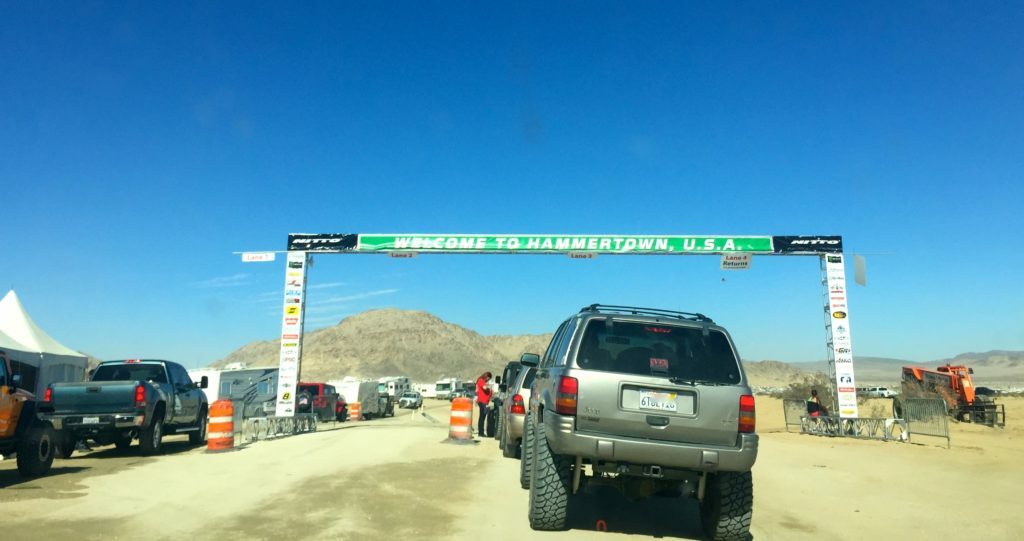 Hammertown indeed. No paved roads, no cell reception and bonfires every 10 feet. A little like LA after the Big One. I was greeted by a woman who was so wind/sun ravished that she was basically a human beef jerky. She took a good hard look at me & my BMW, then smiled and said, “Good luck in there honey.” Oh god.

My first human interaction within the Hammertown city limits was with pirates. This couple (he’s a blacksmith by trade and she, a “storyteller”) built their fabulous land yacht named “Florence” in order to travel the country and explore all the freakiness it has to offer (more to come..). 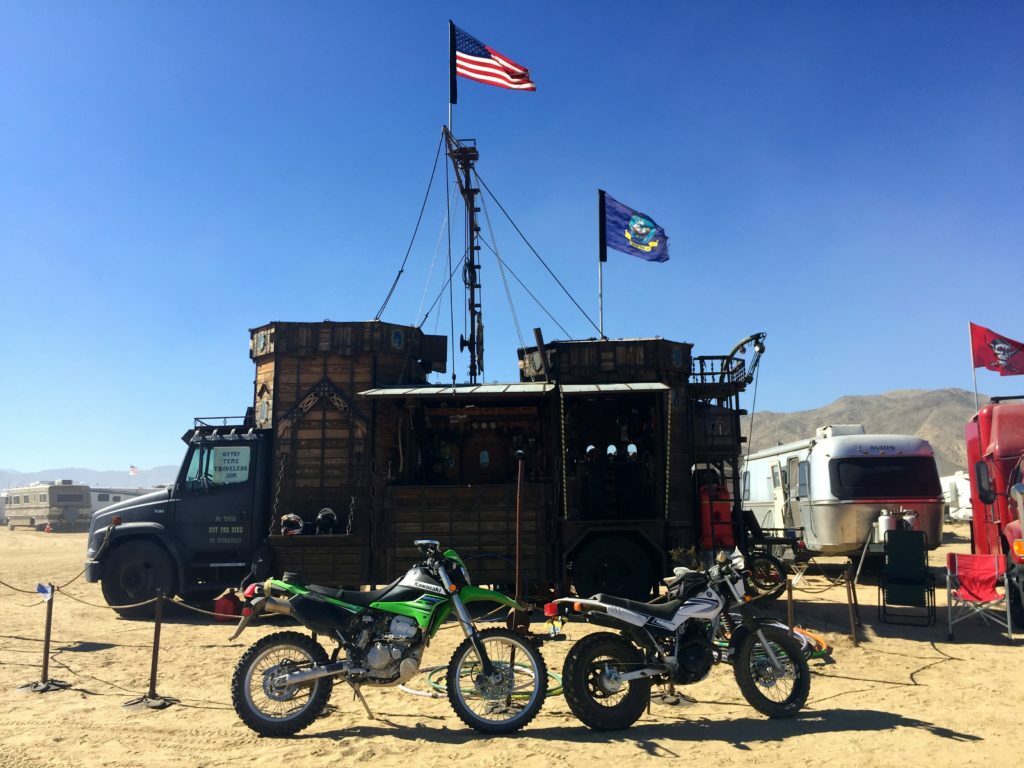 I know all of this sounds dreadfully douchey, but they were incredibly nice and generous. They even offered me a beer, which instantly makes them ok.

And then I saw this guy, who drove his school bus all the way from Pennsylvania: 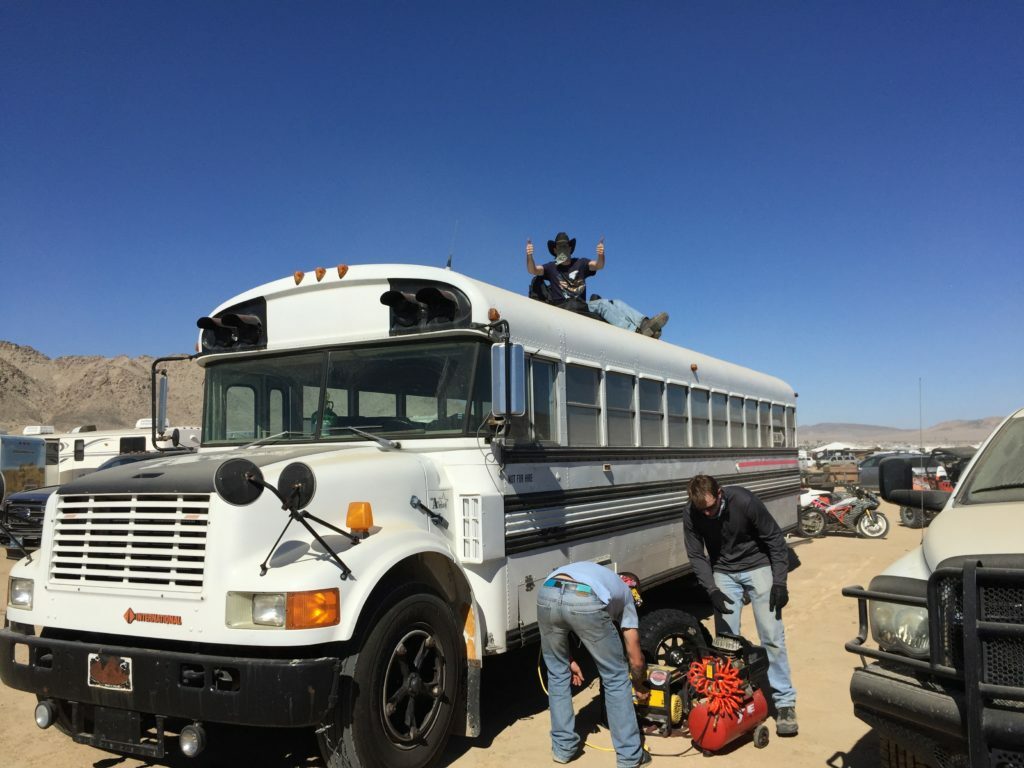 That’s a dude with commitment!

Just when I was starting to feel all warm and fuzzy by the love and collective spirit that is Hammers, my bubble was unceremoniously burst by a d-bag who asked me if: 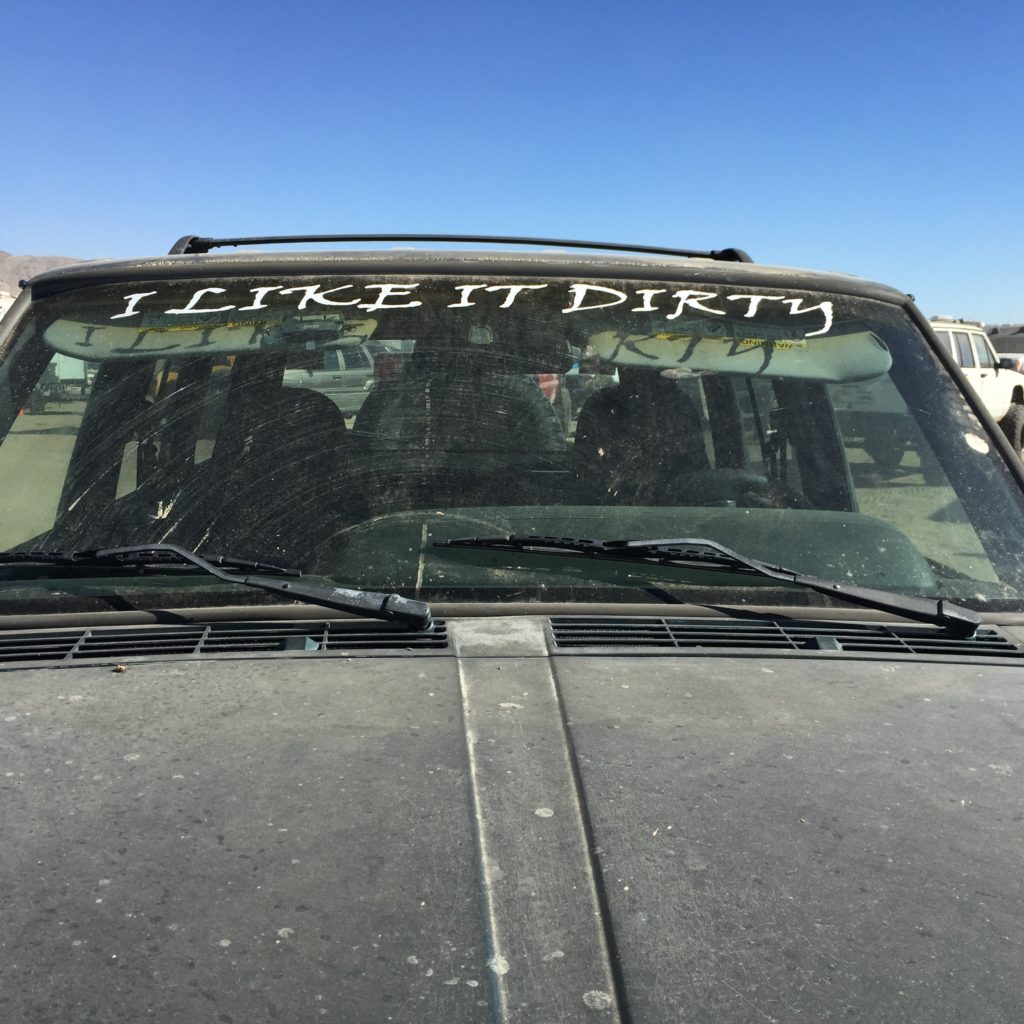 I smiled nervously and fumbled through my purse, in search of my rape whistle. As I race-walked away, I stumbled upon the heart of Hammertown,a bizarre technological oasis where hundreds of people sit to watch the main event on a jumbo-tron: 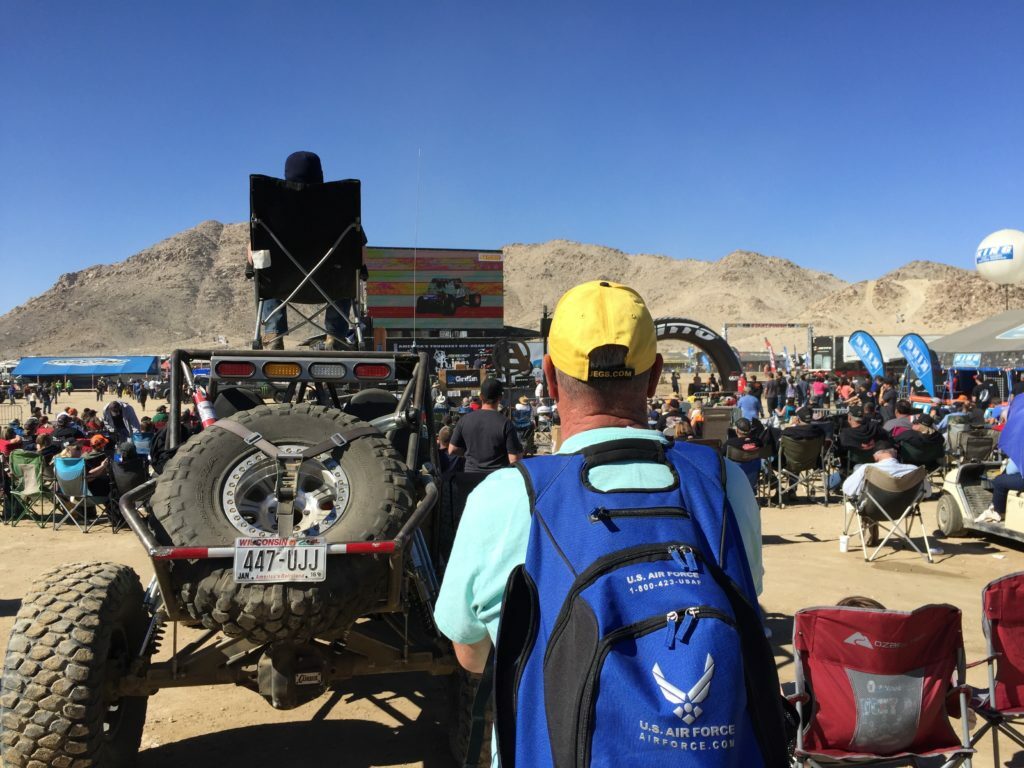 I lasted about 30 seconds there and went on searching for more fun.

And I found that, at Hammers, plenty of people take the race seriously, but not many are serious about themselves. There was this hilarious Jeep: 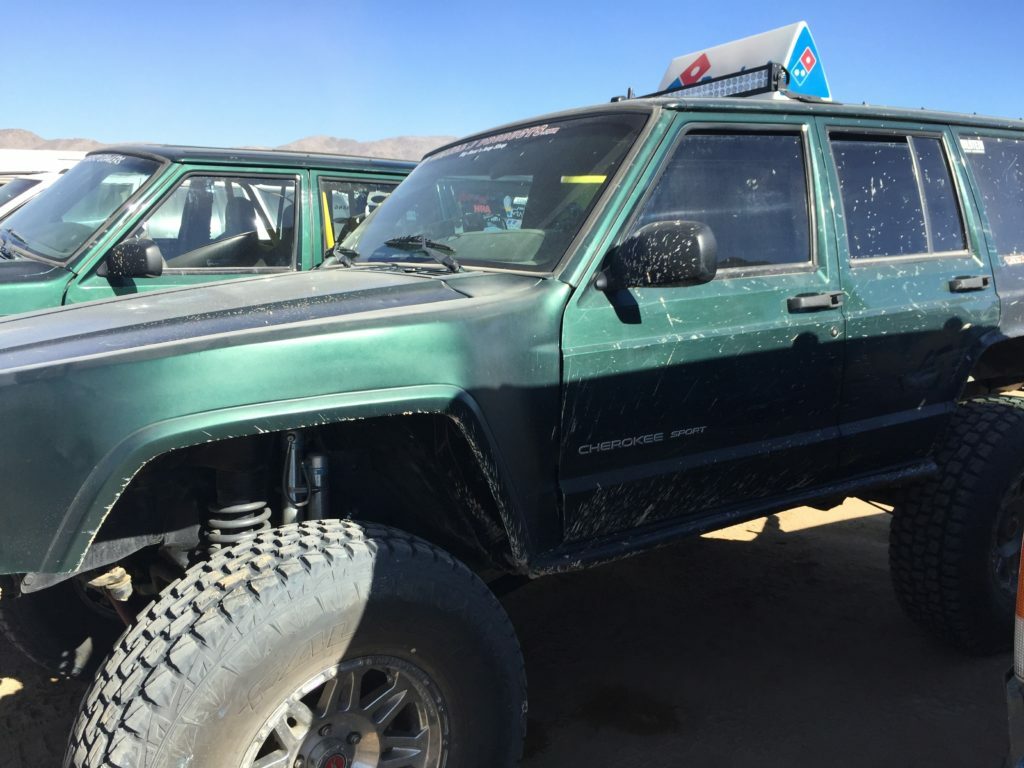 The dude whose truck had multiple personalities: 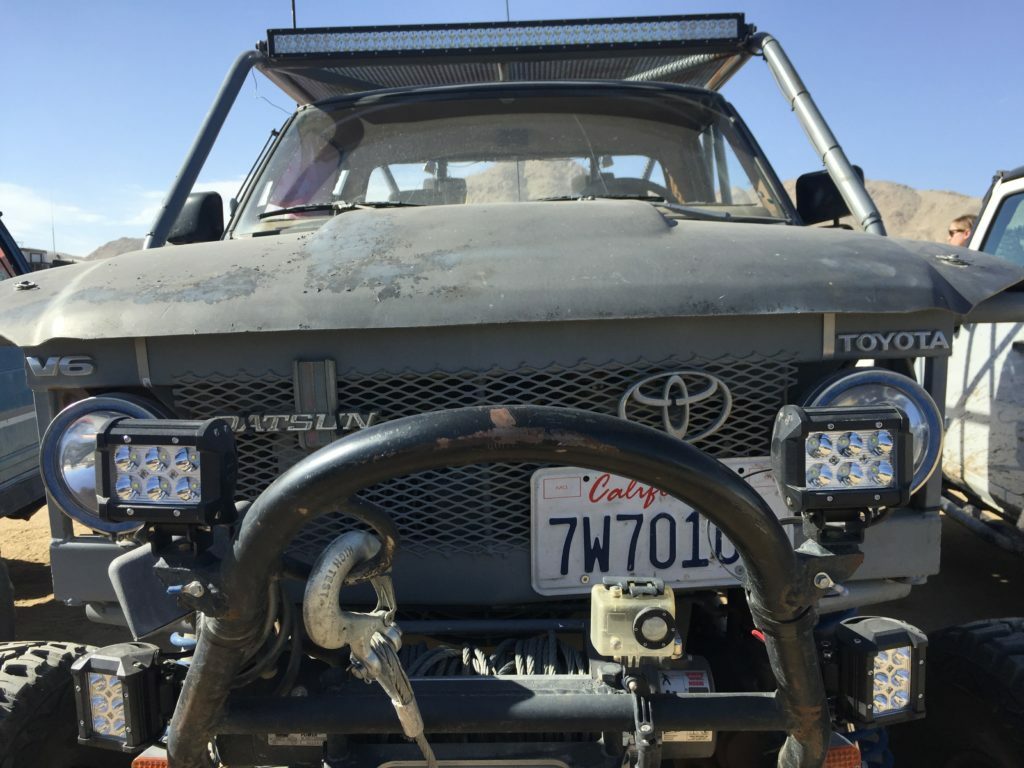 And the VW bug that ate your flower vase: 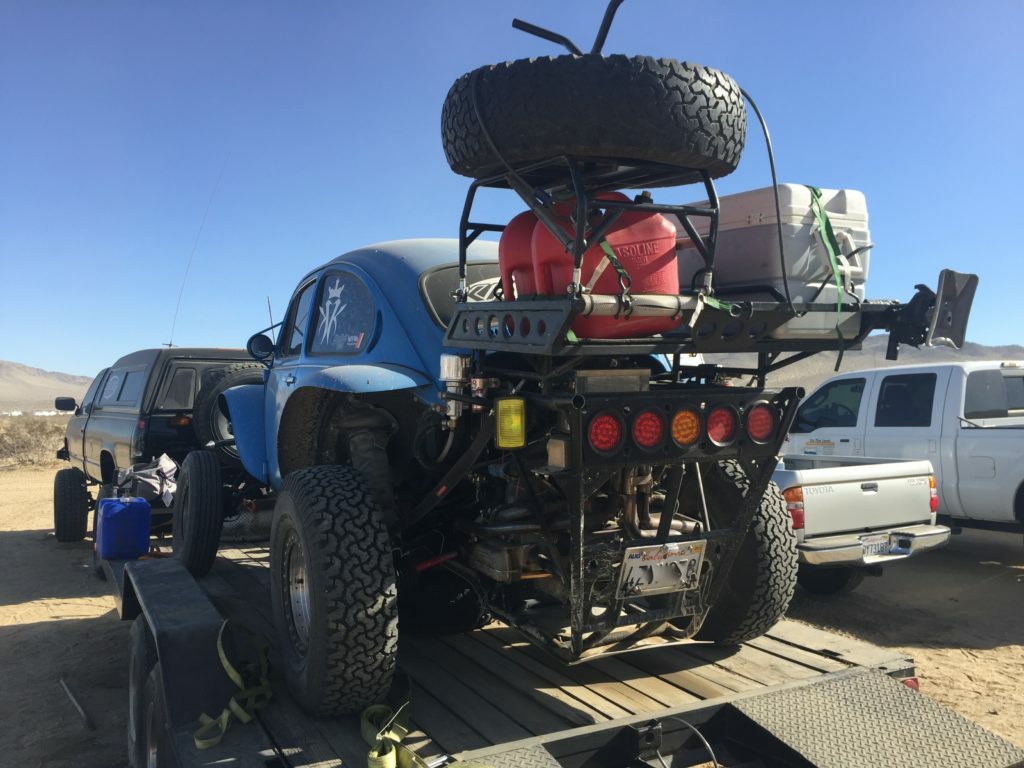 I even met an amazing group of volunteers for an organization called 4 Wheel To Heal who help wounded veterans by taking them to four wheeling events. They’re the guys that hooked this dude, Louis, up with his dope vehicle: 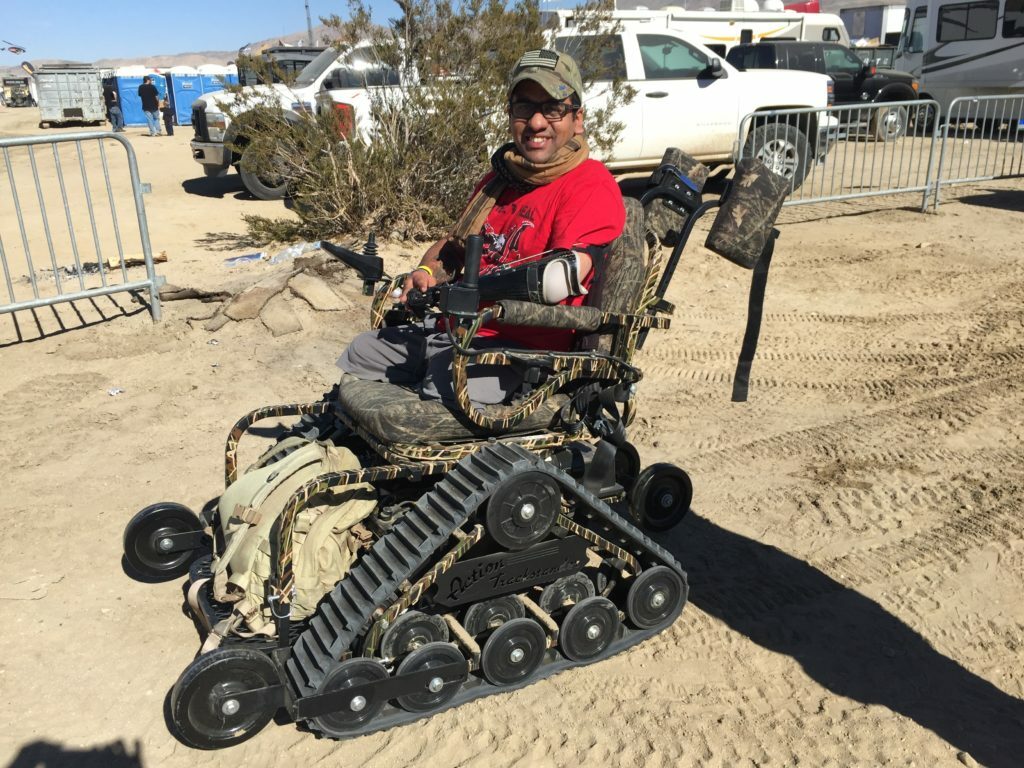 In then I realized that these people were all so down to earth. So non-materialistic, so image adverse that I started feeling funny. In fact, the closest thing that I could find to my own vehicle was this: 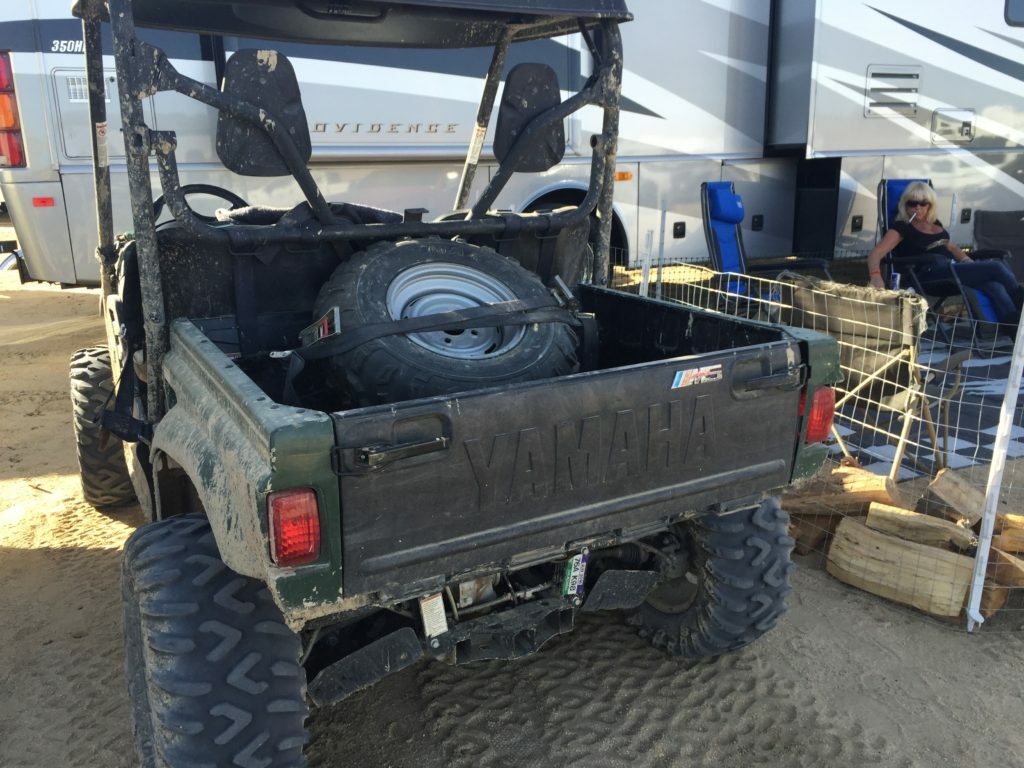 And then it hit me. I was the douchebag. With my fancy sunglasses and my fancier SUV who sees the off road only when my friends are getting their driveways repaved. Ug.

So you got me Hammertown. I’ll be back next year with my kids, our motorcross bikes, some beers, a rape whistle and, most importantly, a more appropriate vehicle. 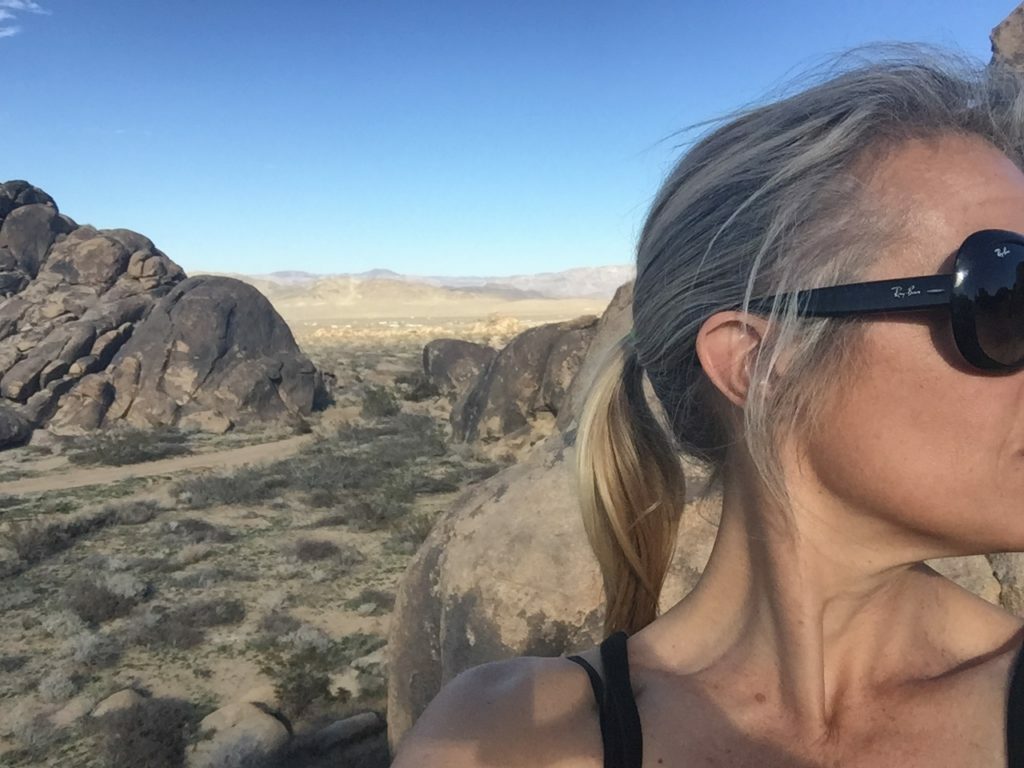