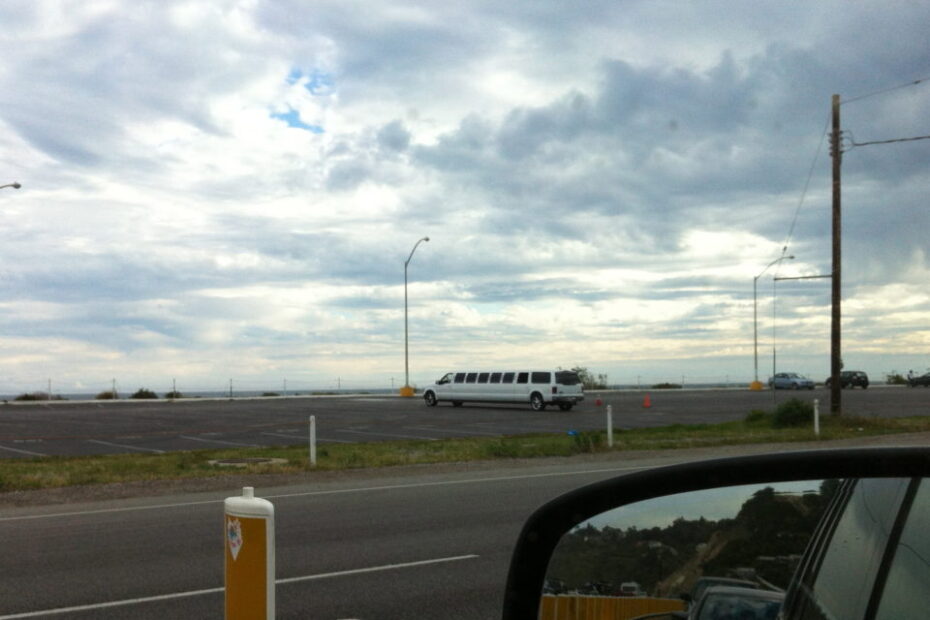 In a town where two car lengths can make the difference between one more hour on the 405 or your exit to Freedom, anything that clogs a roadway is annoying.  There’s the Prius driver who couldn’t possibly close the gap between himself and the car in front of him (that could be violation of personal space!), and the a-hole who is too busy yelling at his assistant on the phone to notice that his A8 is hogging two lanes.  And I get that trucks have to be big, they hold important stuff like food, medicine and tequila.  Tractor trailers?sure, no problem– those new cars aren’t going to drive themselves to the dealership.  But then there are slow, oversized vehicles that are just stupid dumb. Like limos.

Here in LA, we have a lot of ’em. Very often they are hired by teenage kids looking for an impressive place to pop somebody’s cherry:

Aw, isn’t that romantic? Actually, it’s a complete douchebag move.  Save the 100 bucks for birth control, Studmuffin. And what’s wrong with backseat of your parent’s Subaru wagon? Why do you think back seats fold down anyway? Geez.

This is a douchebag doozy: 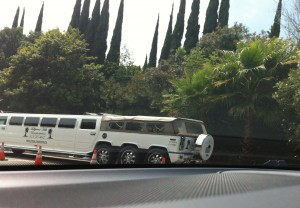 I know the photos doesn’t exactly capture it, but the Prius in front of me wouldn’t pull forward, so this is all you get.  These defacto party buses are usually filled with sorority sisters visiting from some Midwestern city (I’m sure there are some) who think they’re gonna be discovered by a big Hollywood agent if they pop their head out out of a limo sunroof. All while the rest of us are rolling our eyes, including the Hollywood agents.

However, last week on PCH, something snuck up next to me that made me rethink my distain for the limousine. 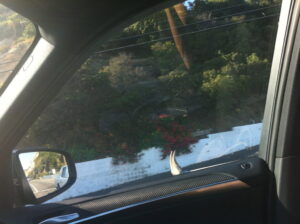 Horns? Yeah, I know, I was a little nervous myself. It turns out, it wasn’t a rhinoceros roaming the streets of Southern California but this dude: 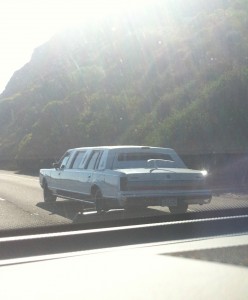 So I drive up along side it and discover that behind the wheel is a kid. Some 16 or 17 year old white punk, enjoying his first car.  Unlike his friends who begged their parents to buy him the ubiquitous LA introductory vehicle– the 3 series or Escalade (you bet those back seats go down), this dude rocks a stretch 80s Towncar, complete with the boomerang antenna, padded roof and a plush back seat. So pimp. Thus to you, young man, I say rock it out. Oh, and keep away from my daughters.