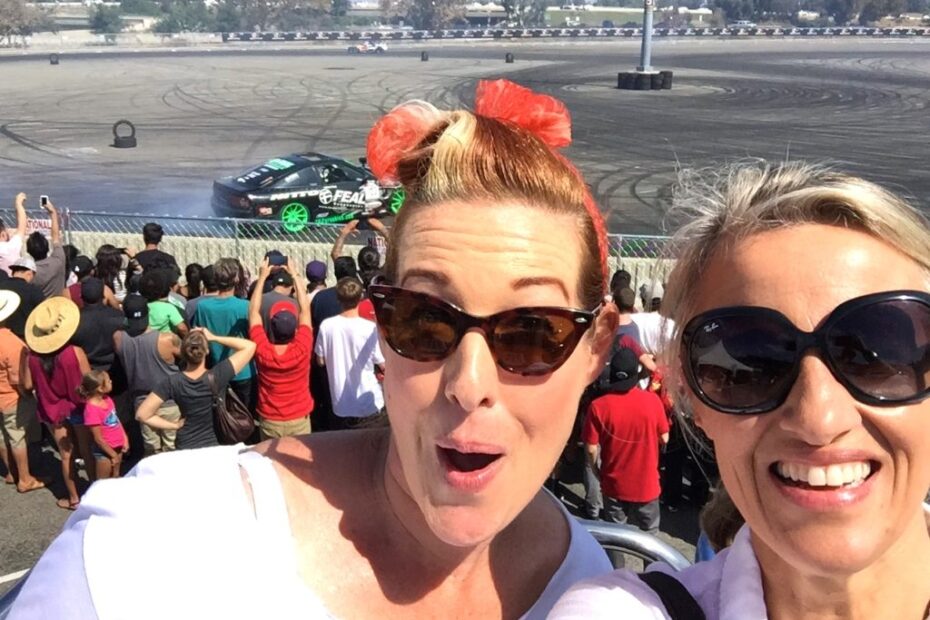 Car shows.  I know so many people who really want to go to them, but don’t.  So many women especially! Why is that?  Well, in a nutshell, car shows have reputations of being filled with douchebags.  Places where guys stand around waxing poetic about dumb, gear head nonsense and dismiss everyone else.

But Mama’s here to tell you that it is all a myth.  Well, kind of.  Yes, car shows certainly have their fair share of dbags.  But rather than be annoyed or intimidated by them, embrace them– they’re often the best part! Especially if you’re a woman, those fools will fall out of their lawn chair trying to impress you with their ride and it’ll be hilarious, trust me.  So come along with your fuel-sniffing, speed-craving, automotive enthusiast who has real live evidence that car shows are fantastic. Check it out: 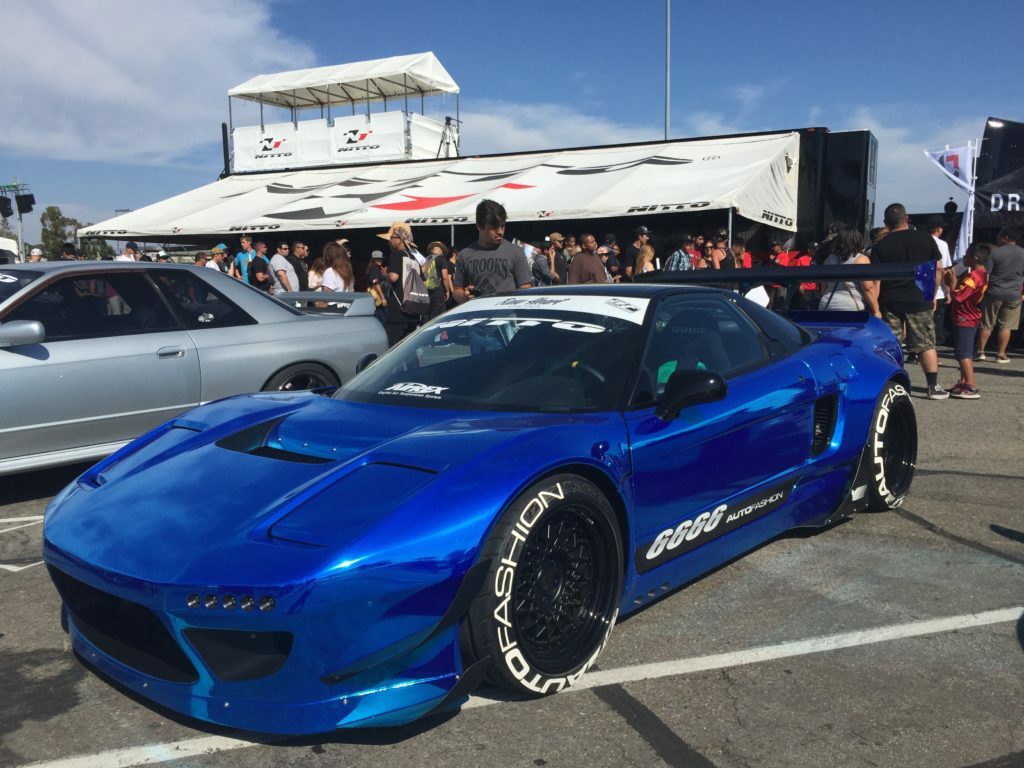 Nitto Auto Enthusiast Day was held this year at Angels Stadium in Anaheim, or as its known in my household, Where They Have The Supercross.  AE Day had exciting things like live drifting (click here if you don’t know what that is and don’t worry, Mama’s not judging), motorcycle tricks, celebrity drivers signing autographs, booths, a car show and most importantly, a parking lot packed with freaks and car geeks, aka Mama’s sweet spot.

It all started with me getting out the car and seeing this one: 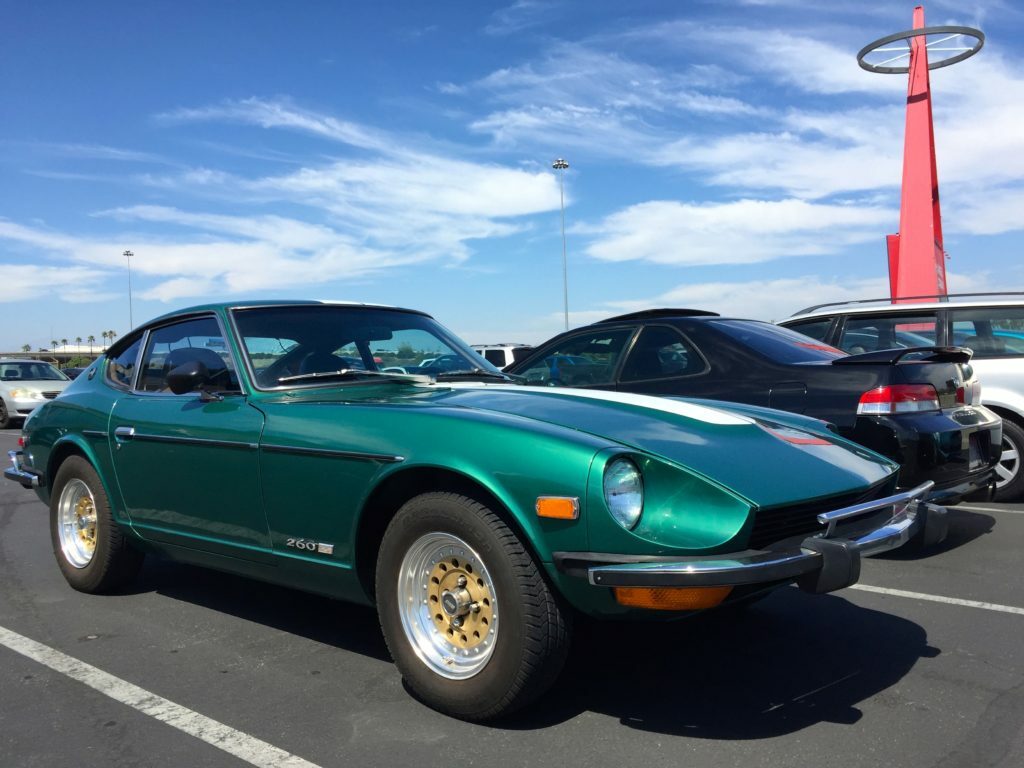 Thanks to my big brother and my hometown hero Bob Sharp, I’m a z-car fan, but even I underestimated how awesome this car  would look 40 years later.  This one’s the rarer 260z, not the 240z, to learn more about the difference, click here. Regardless, just know, that’s a dude.

As I headed towards the show gates, I ran into this mini me masterpiece and seriously considered spending my whole day trolling the parking lot: 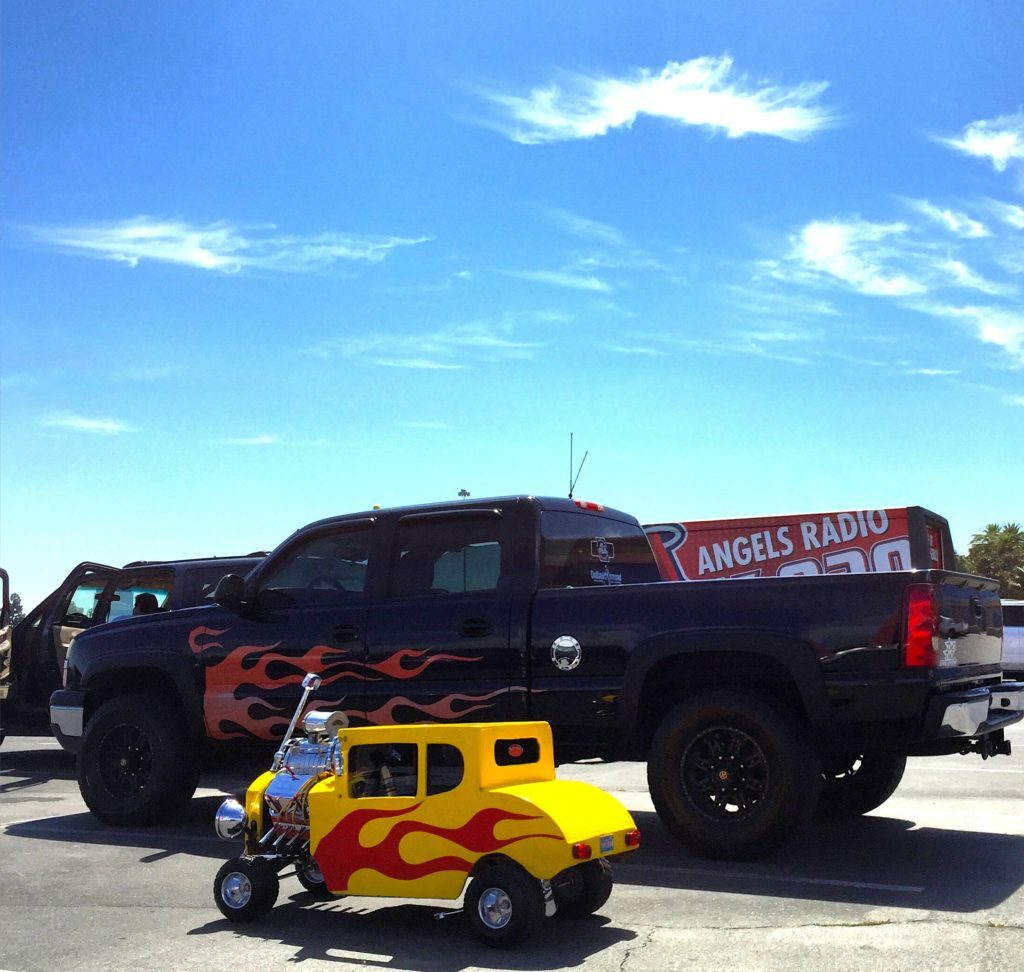 But duty called and I made my way inside the show where I ran into some friends, including Grease Girl, Kristin Cline who likes the smell of burning tires too:

Kristin’s a mechanic and in the middle of restoring her Studie (Studebaker, if you don’t know click here) and even though it’s technically not drivable, she drove it to the show, which makes her the definition of dude: 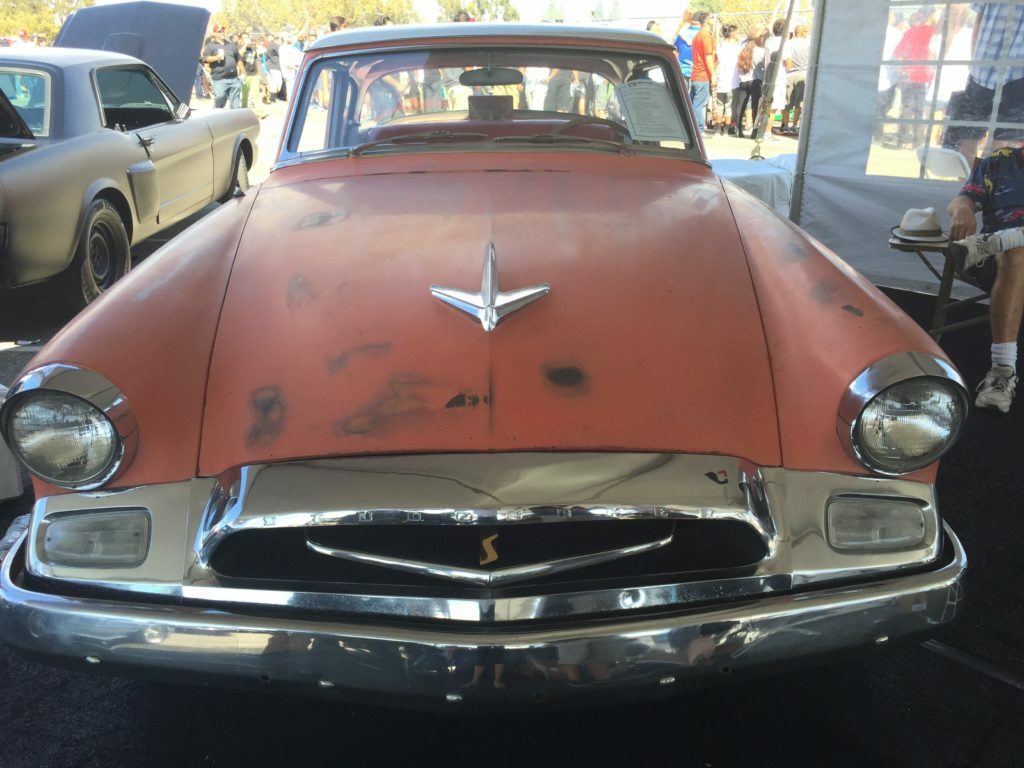 We watched a little drifting and chatted up some cops, who said hilarious things like “If I saw a guy on the road doing that, I’d just let him go”– duly noted, officer. Thank you: 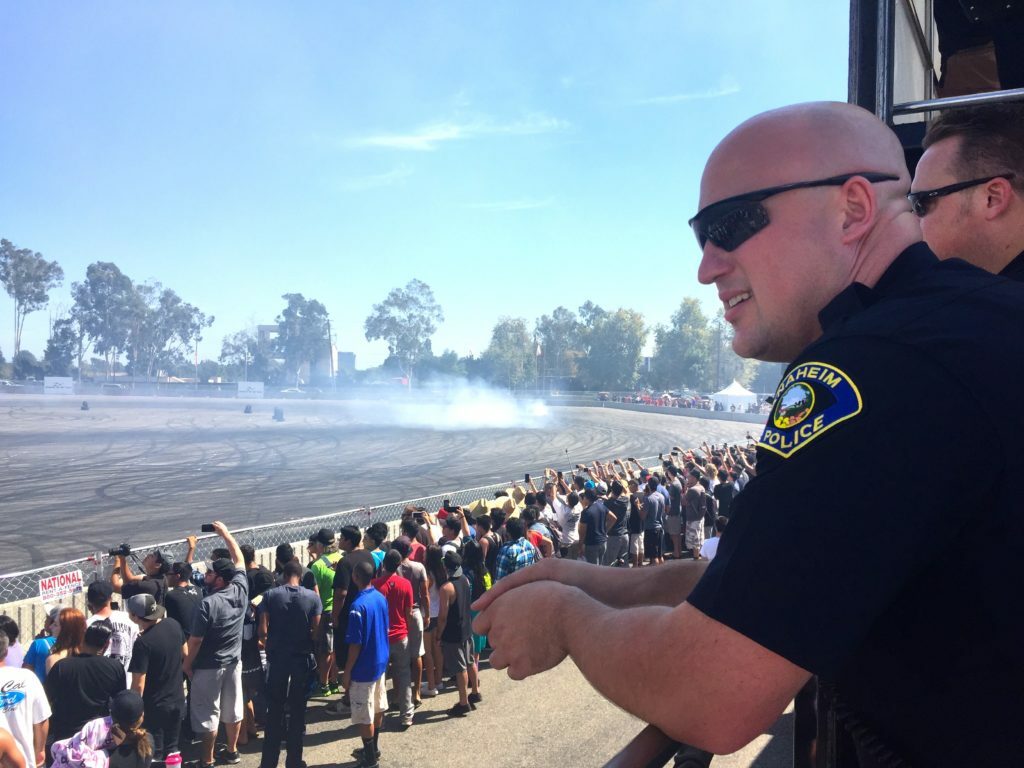 I also ran into my pal Deven Hitchens, is an incredibly talented artist and goes to more car shows than even yours truly: 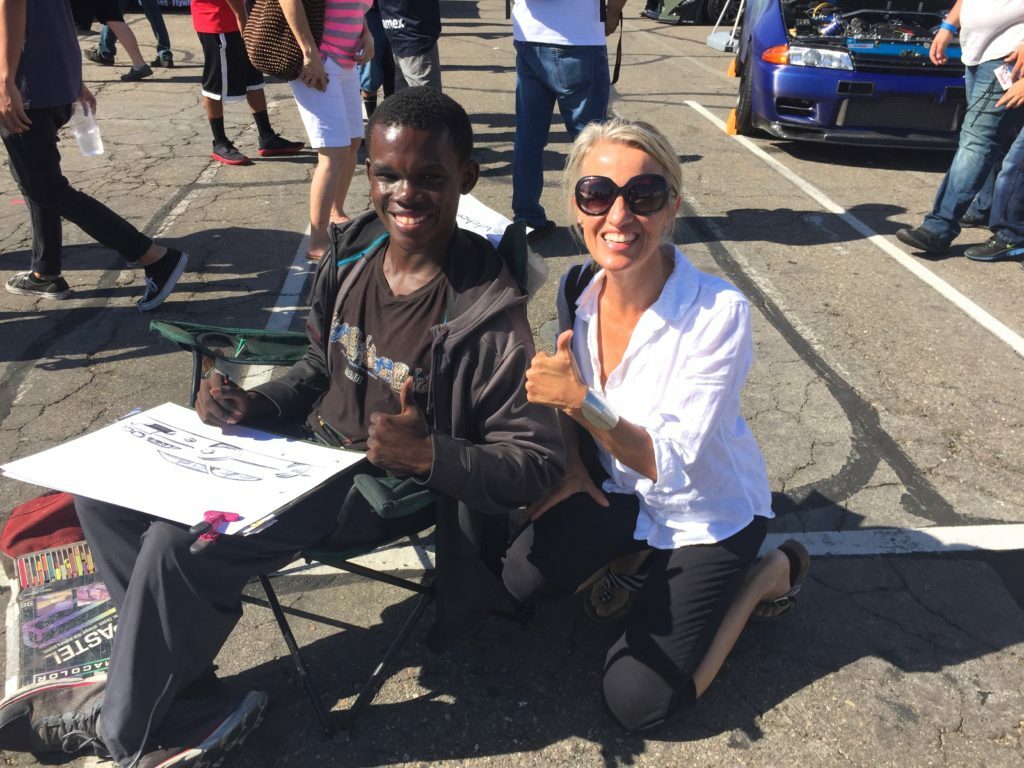 He’s such a dude.

But I didn’t have to go far to find those that aren’t: 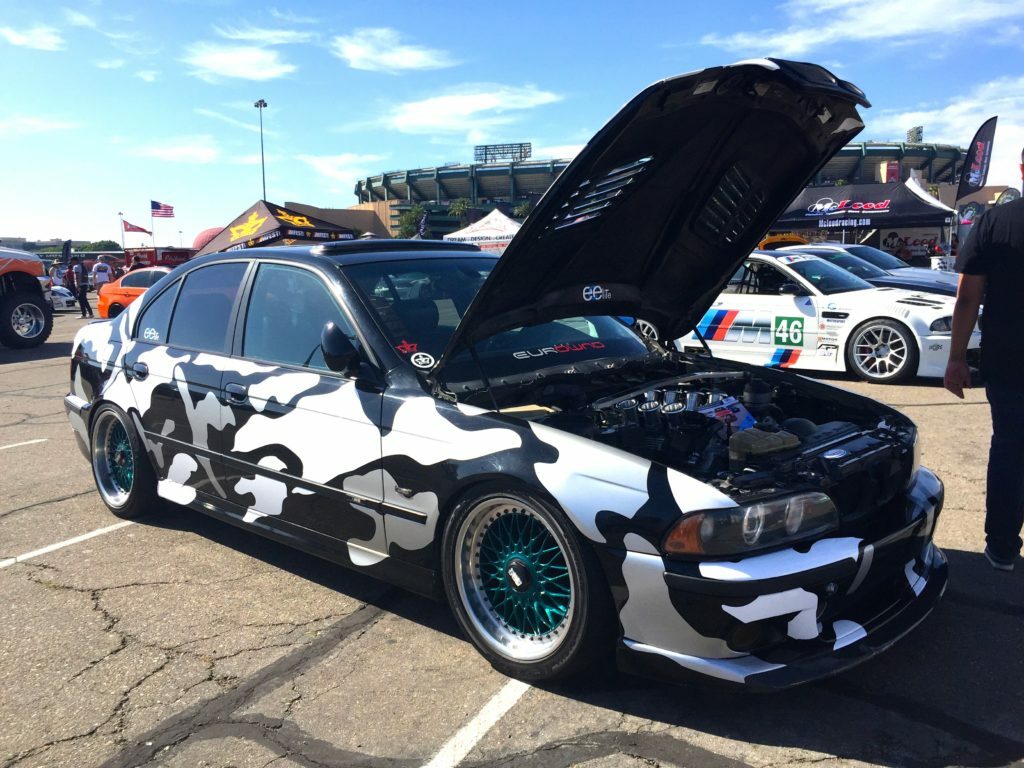 First of all, the white camo is terribly 2006. But add the green wheels, it’s just too much.  Very Russian gangster. If this is a Russian gangster, then please don’t misunderstand! D-bag is English slang for “dream bagger” which is the highest form of American flattery.  PS- please don’t kill me..

But he wasn’t the only one dream bagging: 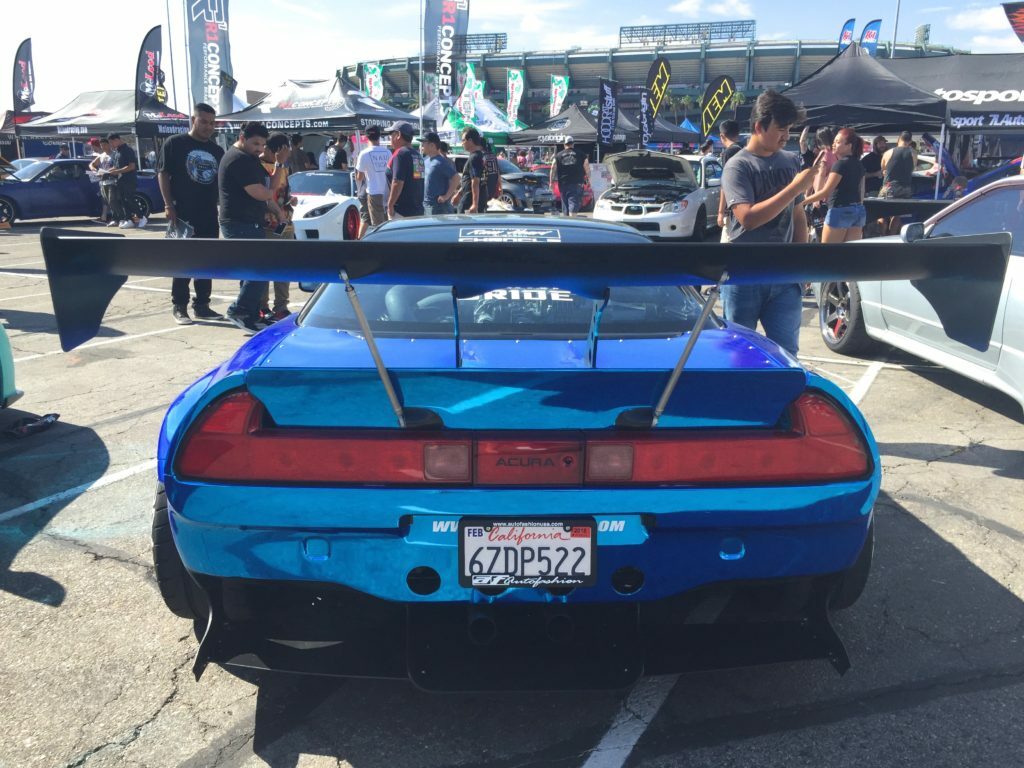 The NSX is a beautiful machine, but that wing is just ridiculous.  I assure you, no motorsport in the world warrants such an appendage.  Except of course for competitive d-baggery, in which he is clearly triumphant.

Luckily, I was quickly appeased by this: 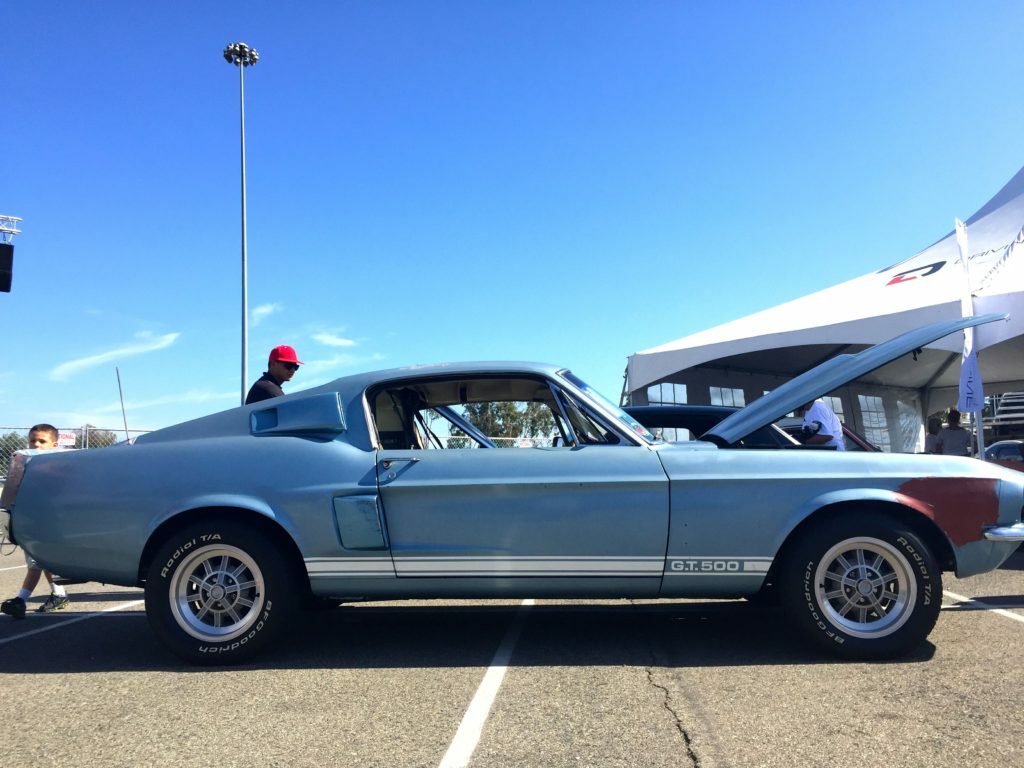 Yes! It takes a true dude to not over-restore a Mustang GT500.  Thank you sir, you are the shit. As are the twin Datsun roadsters, please file these under Dude: 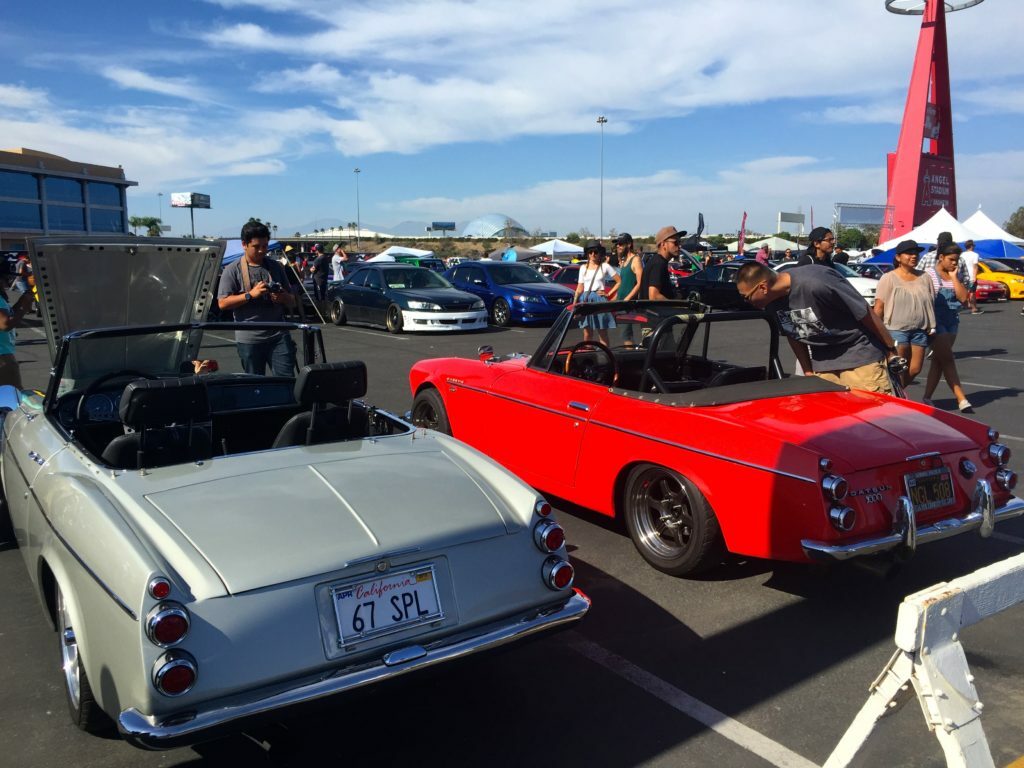 I also think that it takes a dude to know the difference between a cool trike and a dumb, 3 wheeled motorcycle.  As much as I like this guy, I can’t help but notice his little pal in the red chair is gettin’ pretty annoyed: 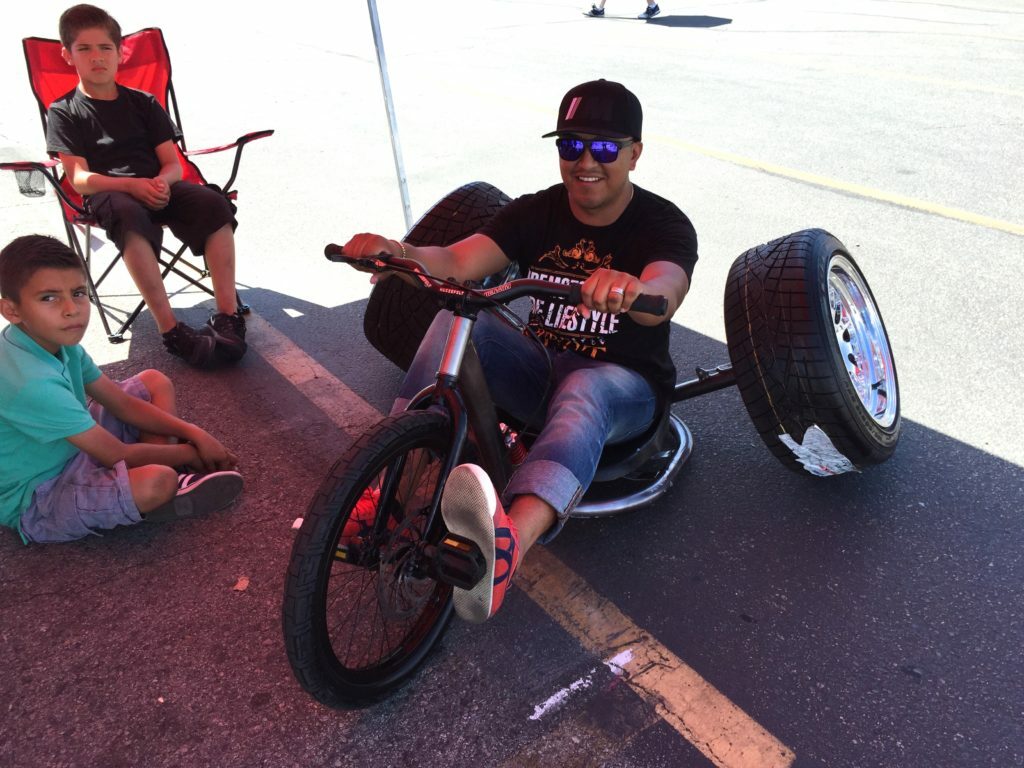 Can you blame him?

Rule #1 at car shows? Don’t bogart the toys, pal. Especially from the little ones.  Sorry, you’ve transitioned to douchedom.

Anyway, the bottom line is don’t be scared to hit up a car show. You may get hit on, you may see some fools, but there are worse things in the world– like staying home because you’re scared.   Whatever you do, be sure to share your experiences with me.  Hit me up on Twitter, Fbook or Instagram #motorheadmama. I want to see what you get up to!

previousTest Drive Tuesday: eGolf Cart It Is Not
nextFashions Of Pebble Beach: The Good, The Bad, The WTF