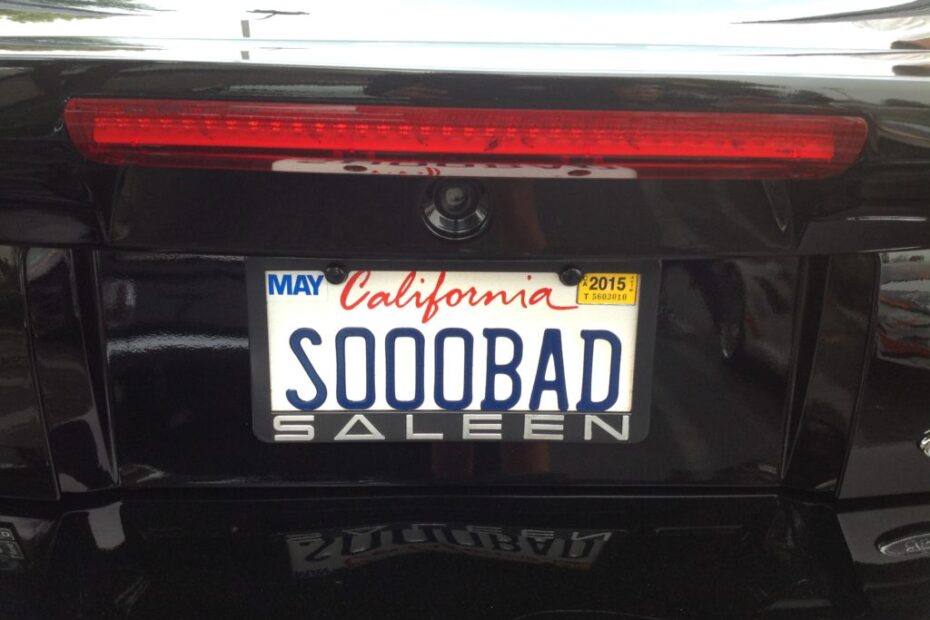 Vanity plates in Los Angeles are kind of like tattoos–not having one is a statement of true rebellion.  And while most people think that having a vanity plate is inherently a douchey thing, these days, I’ve noticed a new kind of plate that’s making me: 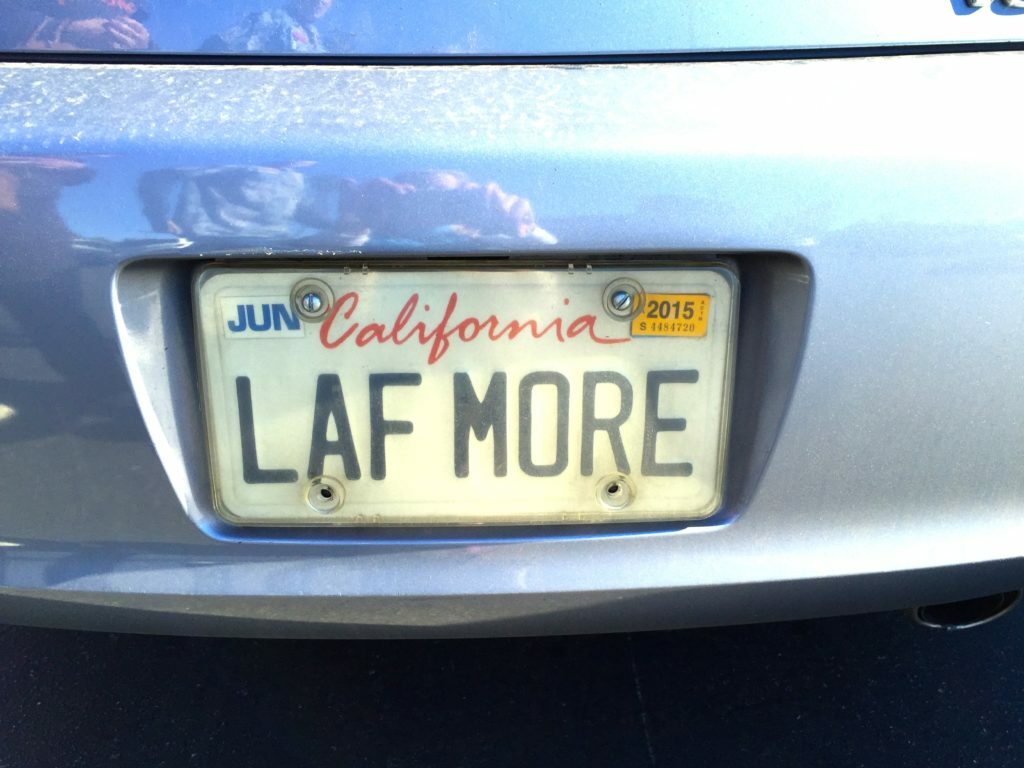 Our roads used to be filled stuff like this, the d-bag that wants to remind us how fast, oh excuse me “faaast” his M5 is: 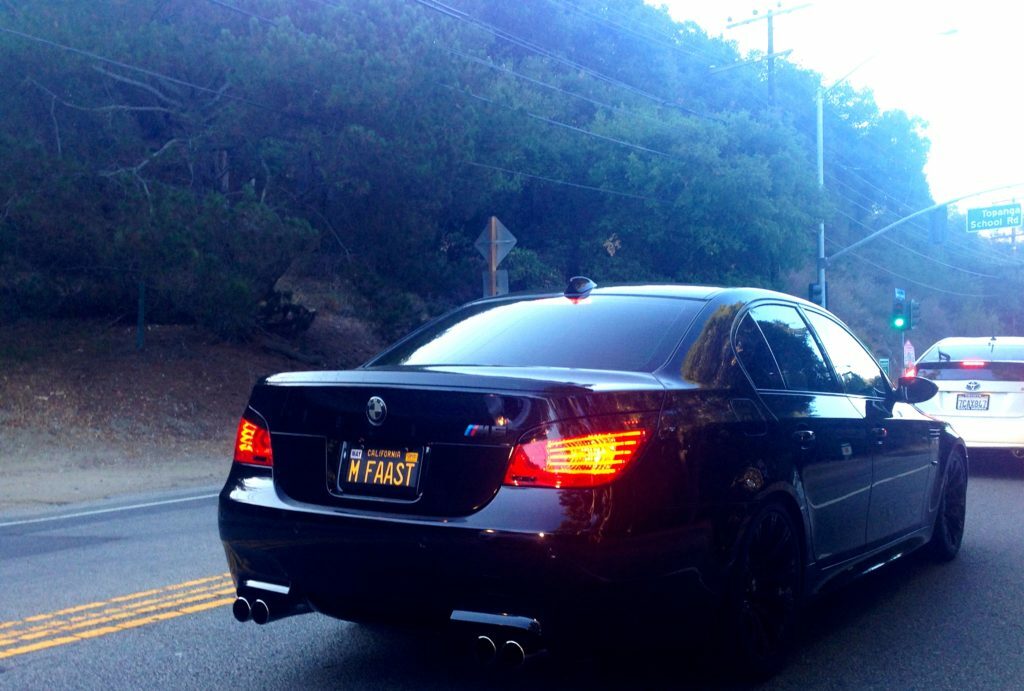 Yeah, we know pal, that’s usually what the dual exhaust and screaming passengers in the back seat indicate.  Duh.  But then there’s the BMW that’s not quite old enough to be classic and not new enough to be mean: 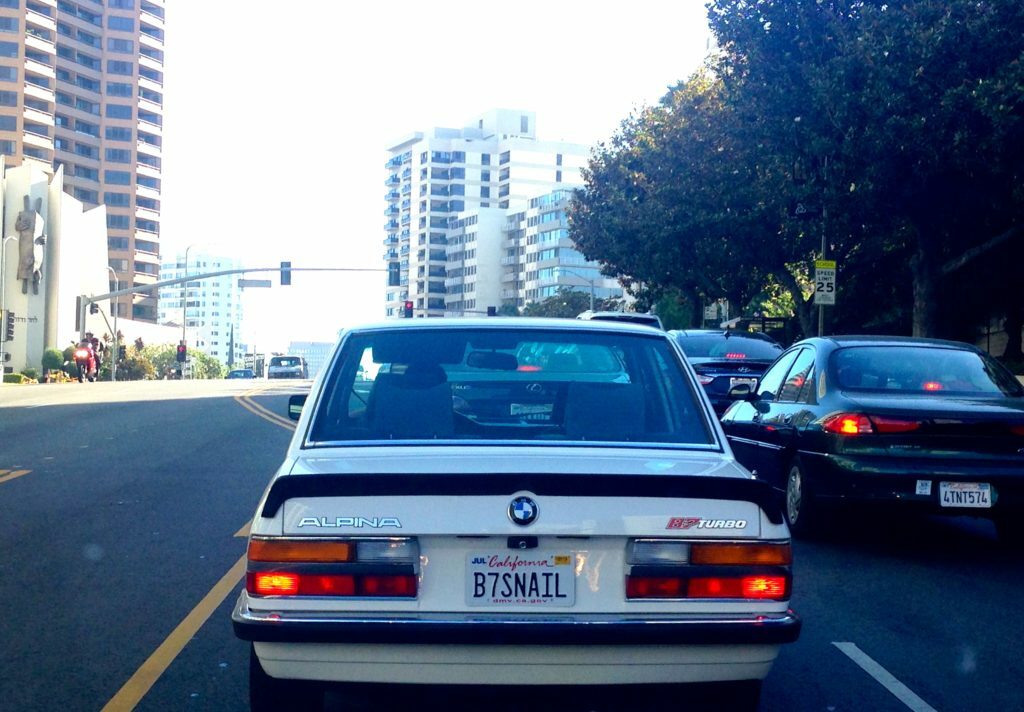 And while I do appreciate the guy identifying his C-type Jag: 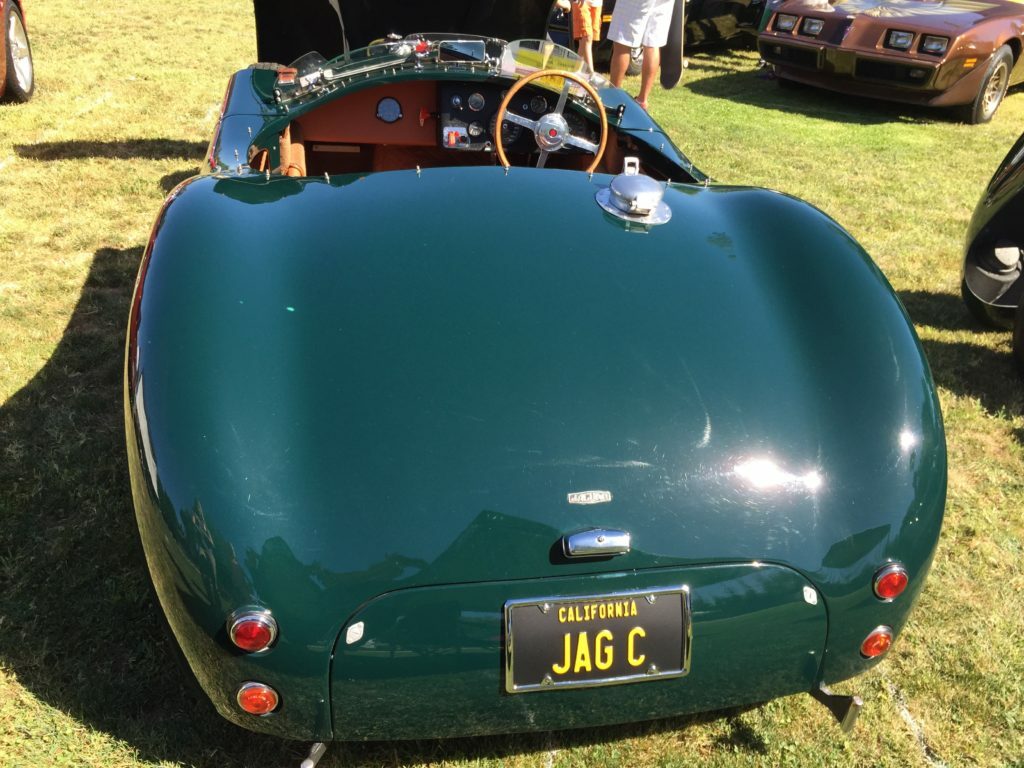 We all know that being classic British car means that it’s got plenty in common with this T-type MG, mainly: 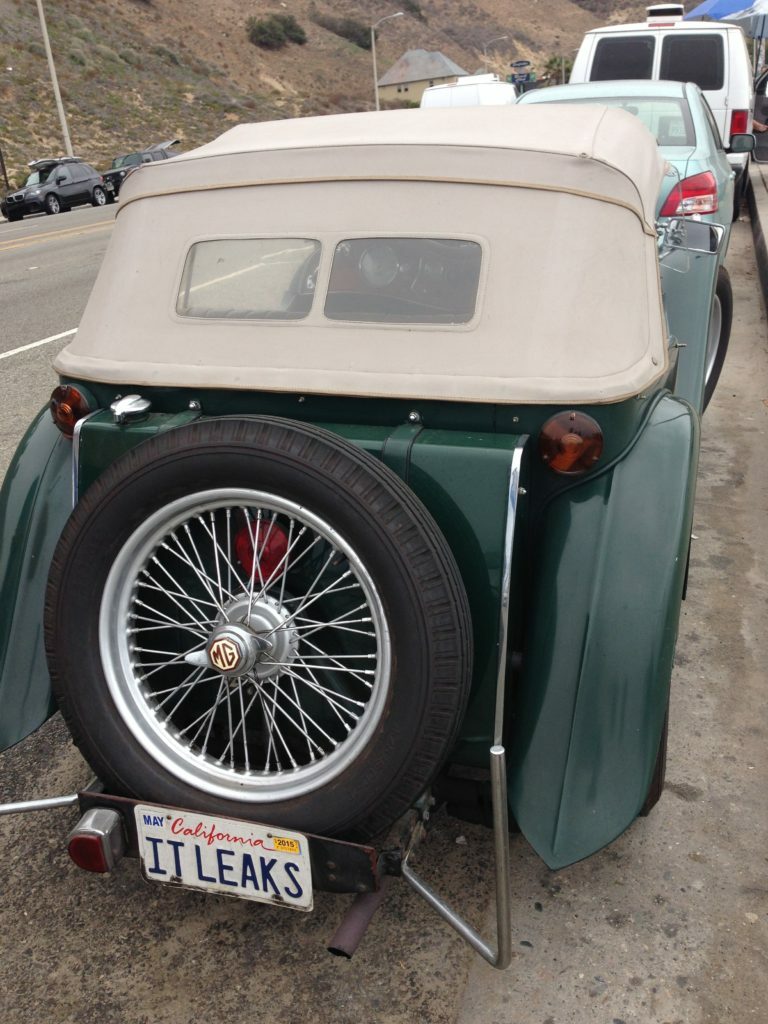 Why thank you for that friendly reminder, Mr. MG, I’m currently far less jealous than I was previously.  Jolly good, chap. Carry on.

Sometimes the vanity plates are just:

Like the d-bag in the handicapped Hummer than thinks he can tell us how to: 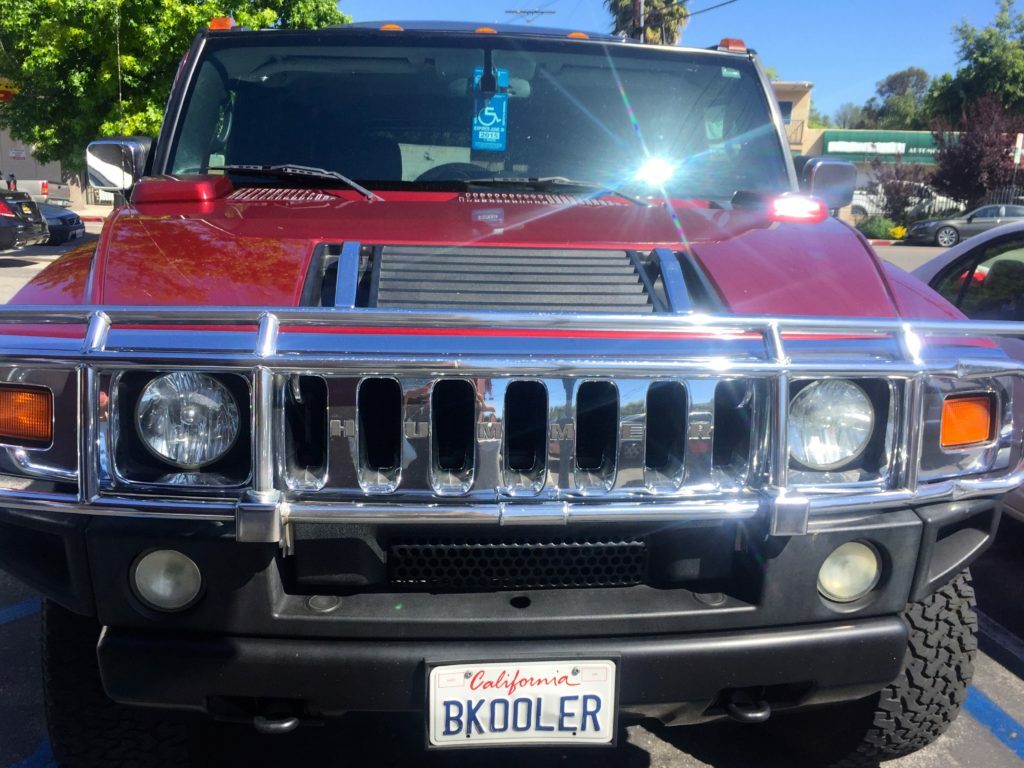 That’s hilarious. That’s kind of like the Duggars teaching the rhythm method.  Please.

I think a real dude vanity plate is one that calls it like it is: 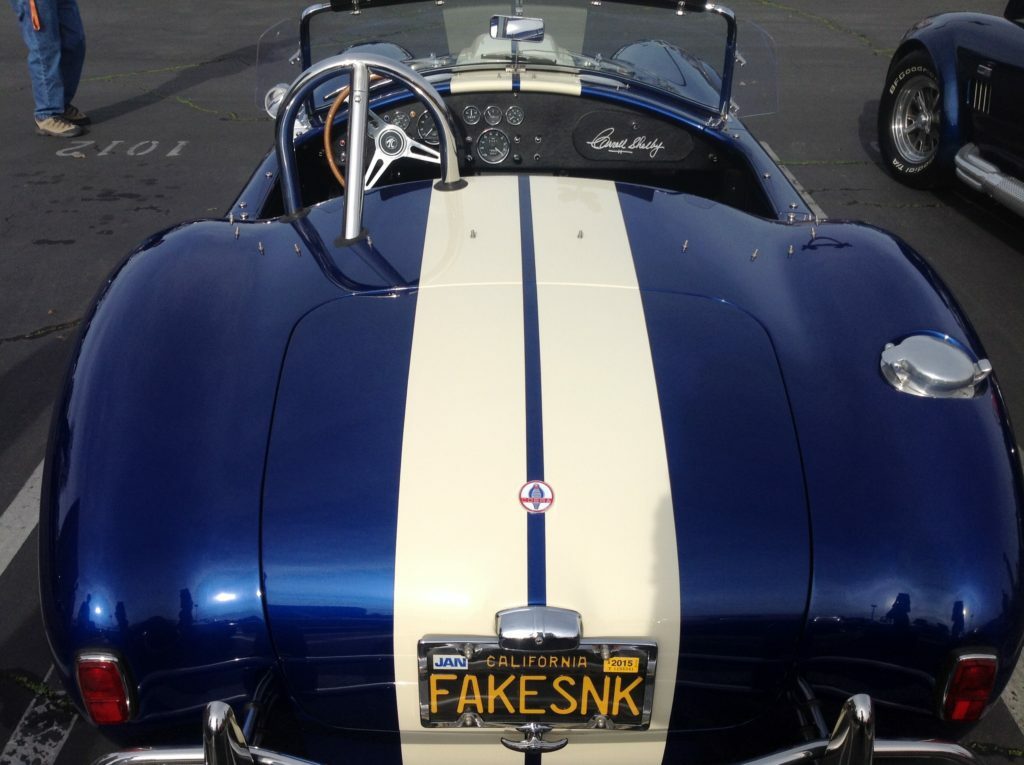 That’s right.  Because if you were a real AC Cobra, you sure as hell wouldn’t let my clumsy ass near it. Plus, the good kits are cool too.

Or how about finding the Audi owner who confesses real the truth in engineering: 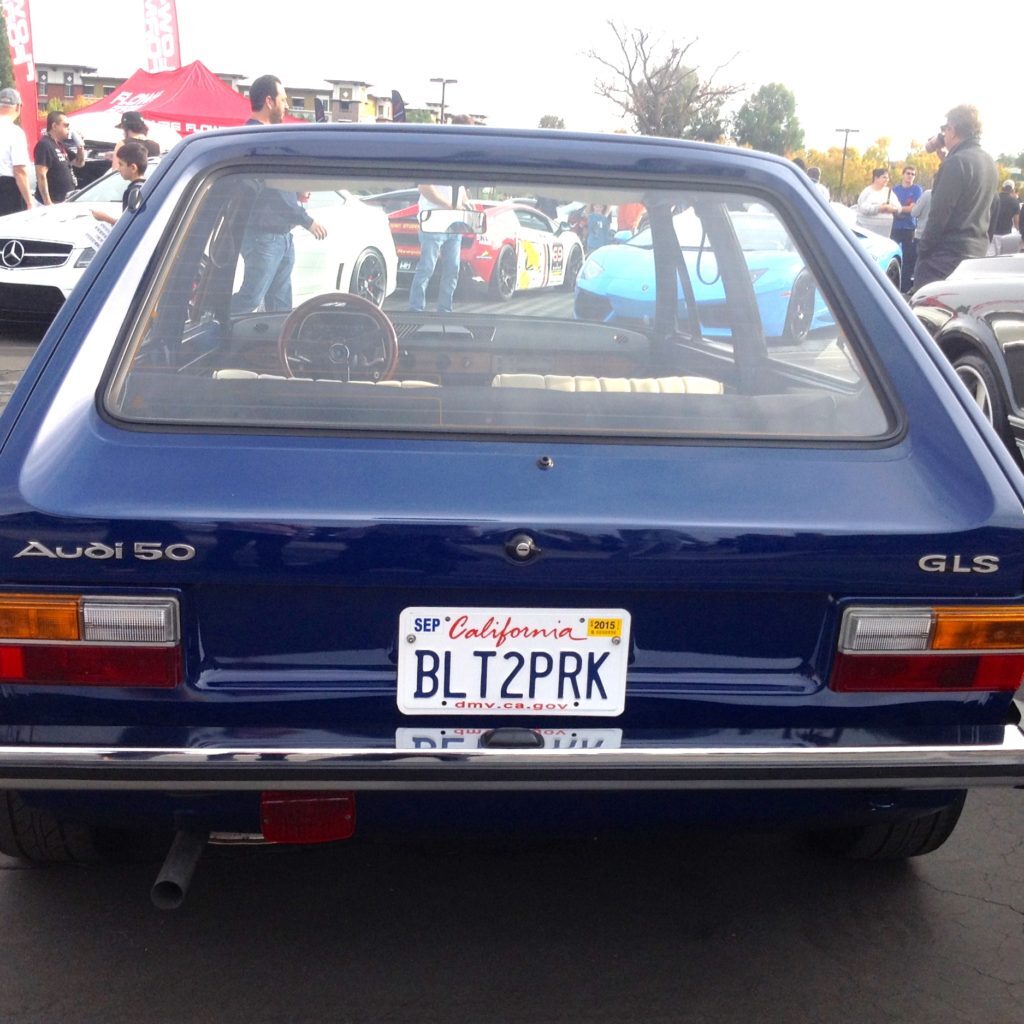 Now that’s refreshing.  Because as a species, we’ve evolved to understand that bragging is easy– Kanye taught us that.  But self awareness is hard,  Caitlyn taught us that.  So the next time you head to the DMV to search endlessly for a plate that some other douchebag has probably already slapped on his ride, think outside of the box, you may just find your inner dude.

2 thoughts on “Dude, Or Douchebag: Vanity Plates (More Or Less)”

previousTuesday Test Drive: Crashing Ford (with my kids)
nextFreak of the Week: The Mexican Croc Hunter