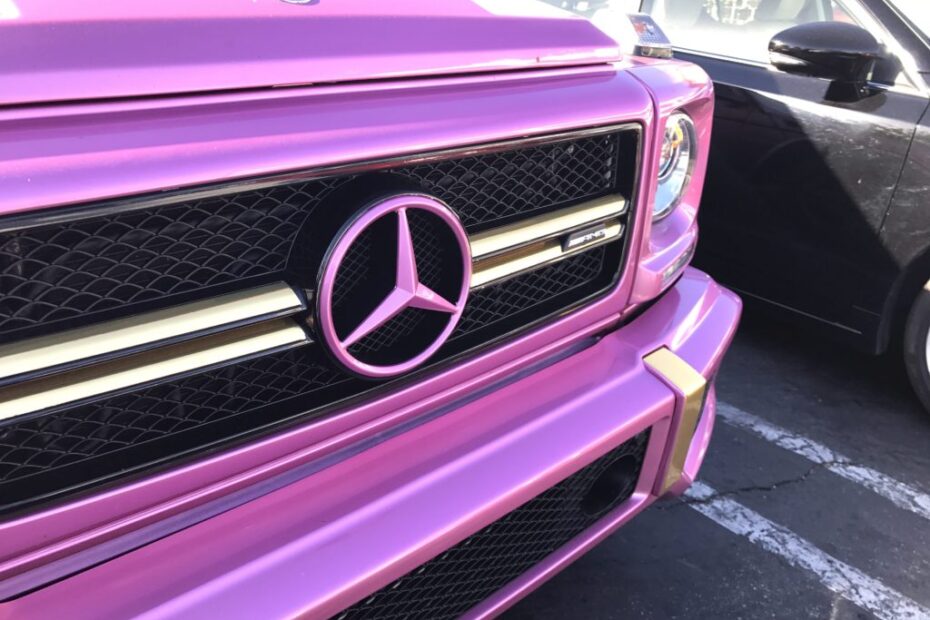 A G Wagon. Or G Wagen. Whatever.  In other parts of the world, this is considered an exclusive, rarified, even special vehicle. But this is LA people, and like it or not, we are in the midst of a G Wagon epidemic. I’ll write more about that later. But first, let’s review the best one I’ve seen in years: 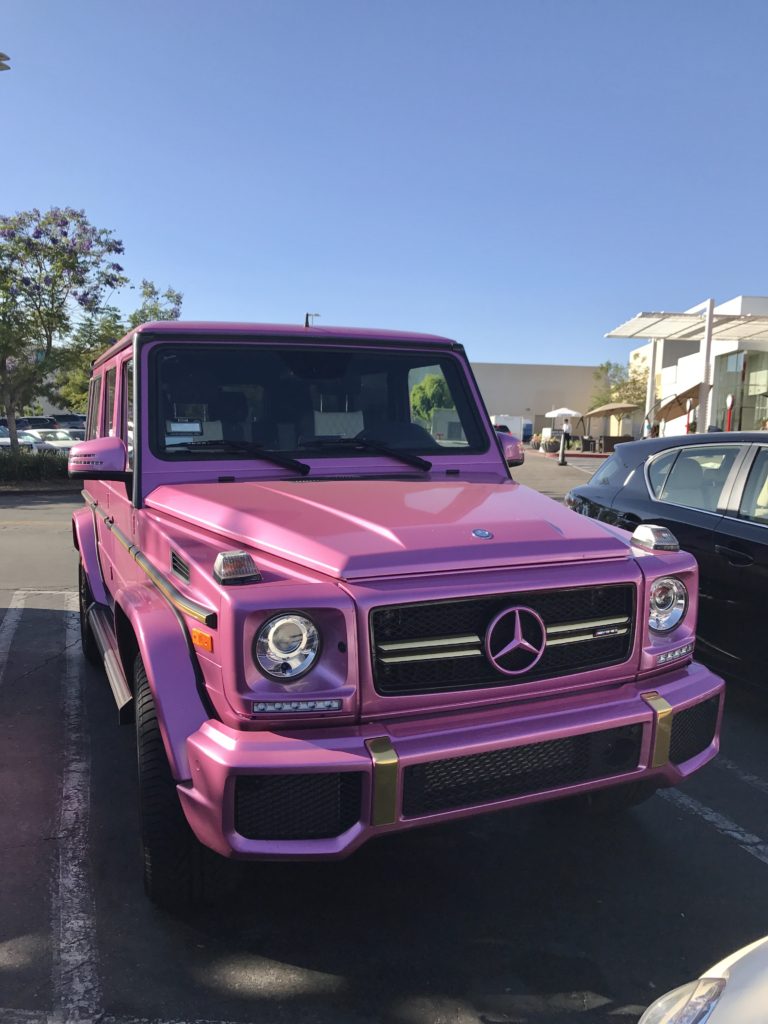 Oh I know..magnificent isn’t it? Yes, those actually are GOLD accents.  Let’s get a better look:

Mwaaahhh!  I love it when women do a little something to declare their femininity, badassness or passion through their ride. But this G Wagon is more than a little something. To me, it said ‘F* Ya’ll Bitches, I’ve Got Money & I’m Gonna Use It.” However, I am also easily excitable. But then I noticed the vanity plate: 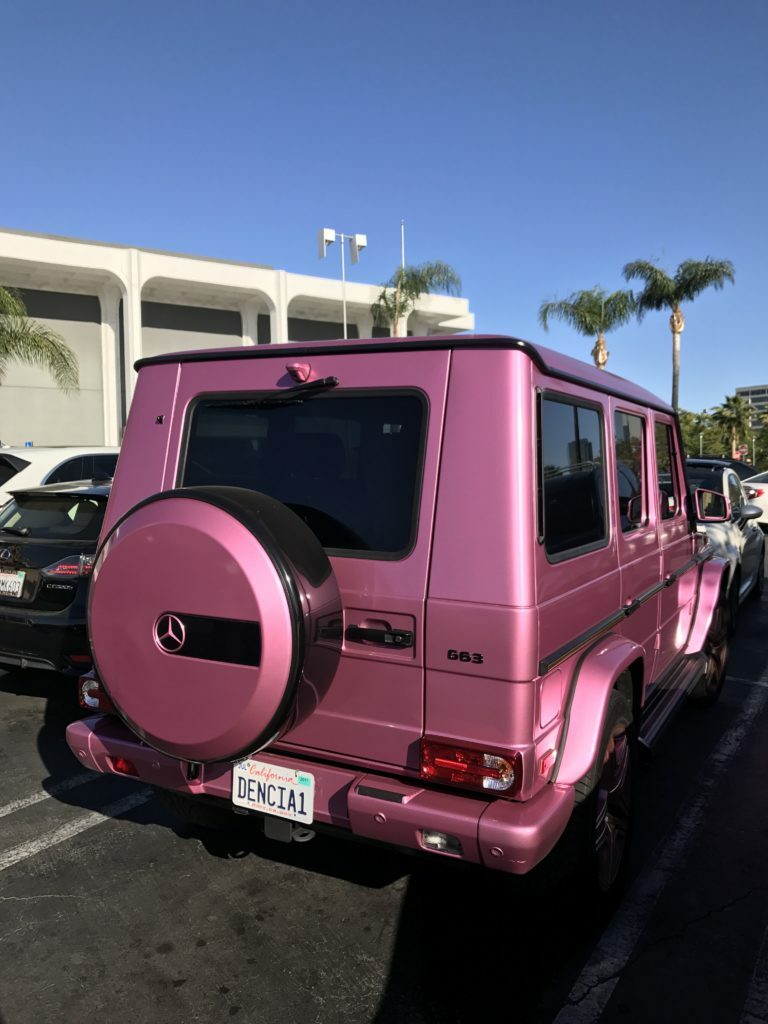 This G Wagon belongs to Dencia aka The Queen of Matamba aka Reprudencia Sonkey aka the Nigerian born Cameroonaian singer, fashionista, entrepreneur and philanthropist. It’s ok if you don’t know who she is, it almost doesn’t matter because her ride kind of says it all. 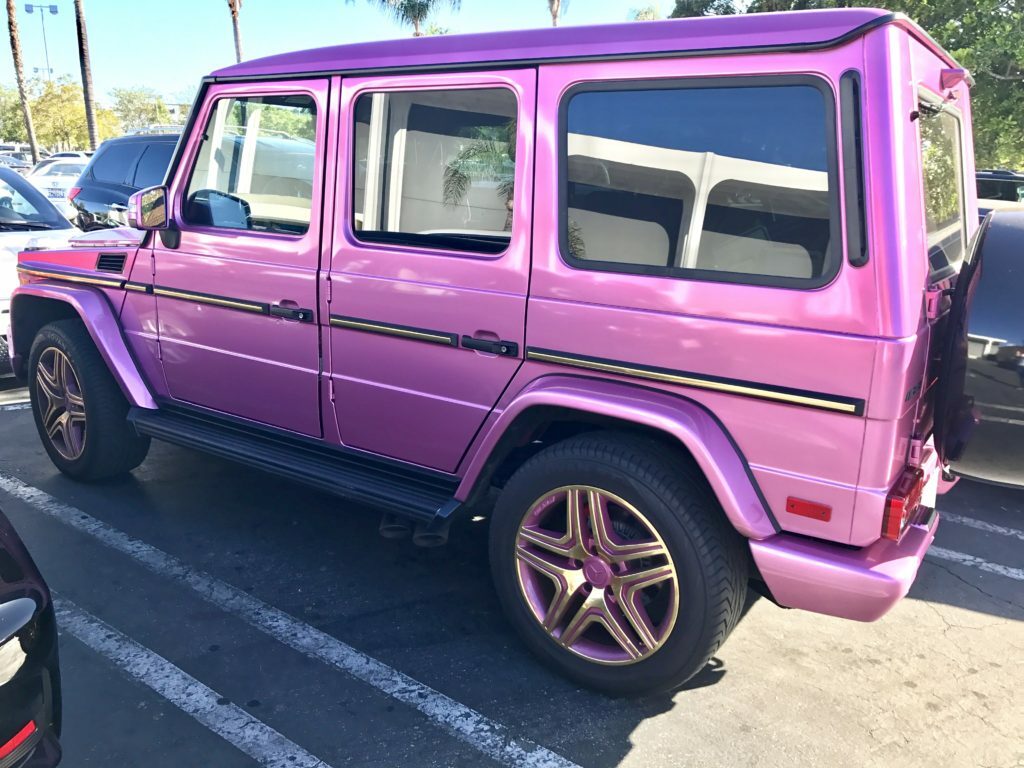 Hell yeah it does. You may have heard of Dencia because a few years ago she released a skin lightening cream, mainly for African-American women, called Whitenicious. (No I actually didn’t make that up..geez!) Immediately after its launch, she was widely criticized by the media, claiming that her cream glorified white skin and was essentially a skin bleacher.  But a woman with wheels like this takes no prisoners: 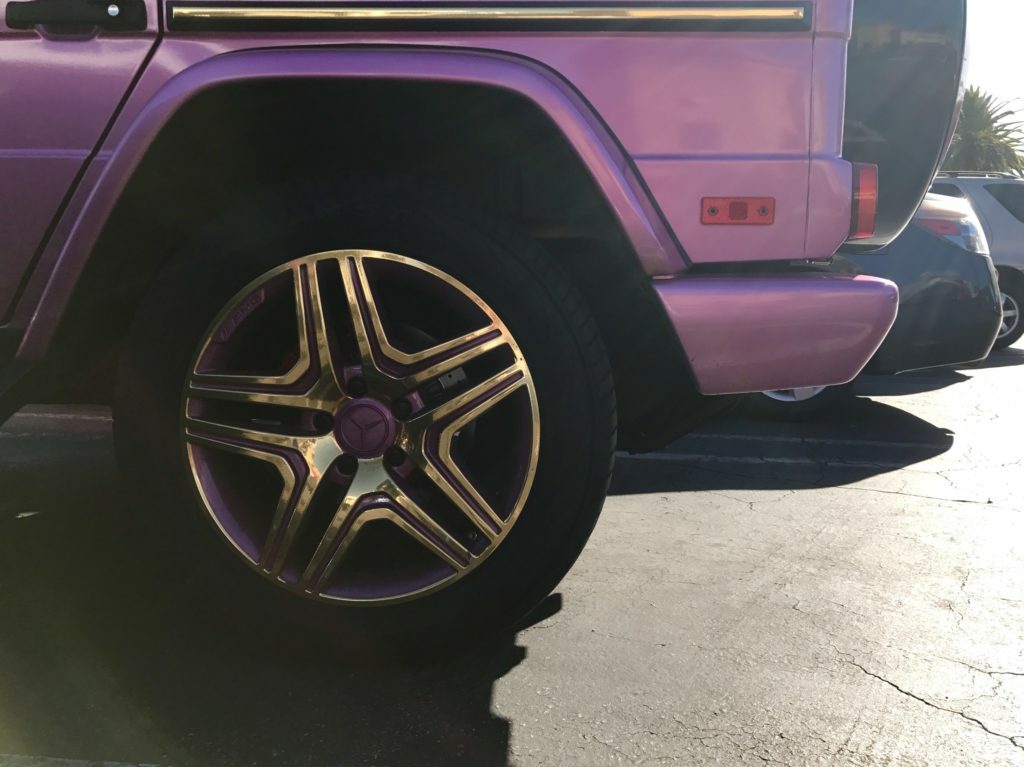 Dencia’s response to the allegations? “I’m happy that they’re talking because my sales are skyrocketing.”

This is the definition of a modern woman. Her car is not a man’s vision of what beauty should be. It’s hers. And when people criticize her, she doesn’t apologize, she not only owns it but embraces it. She’s selling products, not activist bumper stickers, for God’s sake. But if she did, they would probably be awesome too. I would buy one.

Thank you Dencia, for blessing my visit to the mall with you Miraculous Mercedes and stay freaky! Mama loves it.