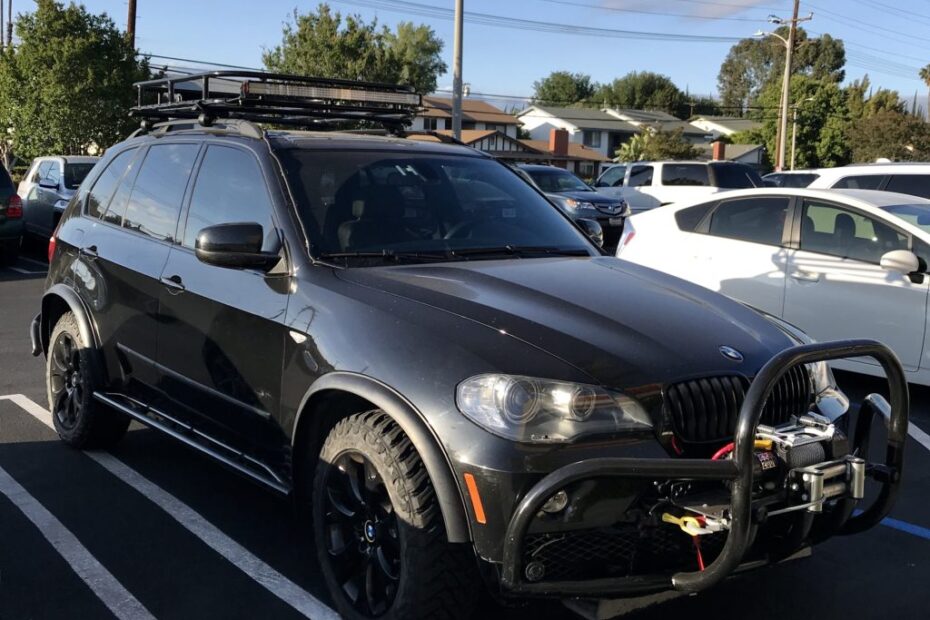 There are few things that the BMW X5 is great for. These things include: Costco runs, surf trips and picking up overseas visitors from the airport. I should know, I’m currently on my third. (4.4L, 4.8L and M– don’t judge me)  I can tell you, from personal experience, that the X5 may be considered a Sport Utility Vehicle, but an off-roader, it’s not.  This is due to the simple and clear reason that the parts are expensive AF– I may or may not be familiar with some of the plastic undercarriage’s pre-disposition for flapping off onto La Cienega shortly after a certain harried female rolled through a residential area with ‘speed bumps.’ But I digress. The point is, …what the hell is up with this guy:

I can’t decide if I want to hug him or stick pins in his eyes.  Part of me digs the fact that the bull bar, winch and light bar turn this fancy grocery getter into a bad ass off roader.

But then the other side of me thinks, ‘I sure hope he doesn’t really do it.’ 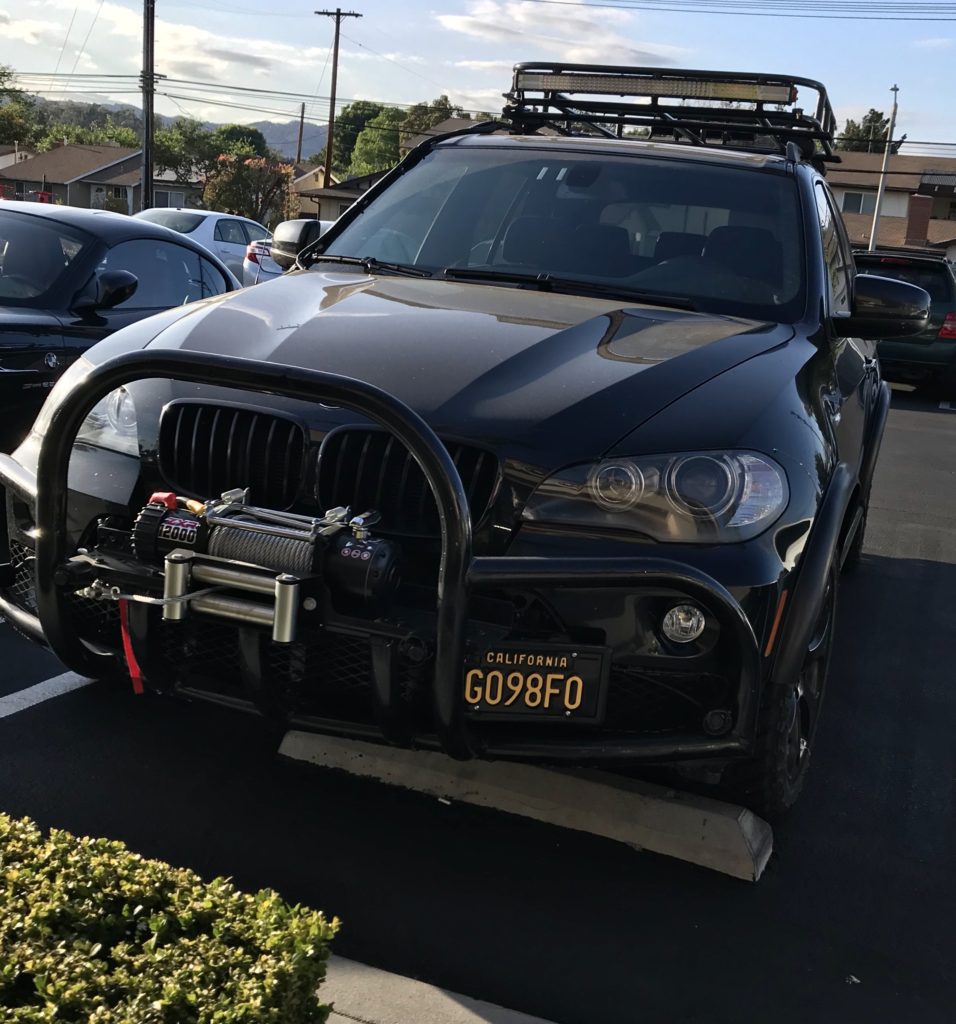 Does he know how much it is replace that rear light housing? What about the dust/rocks/etc in the brakes? Just looking at it stressed me out, I wanted to stage an intervention. And then there were the tires: 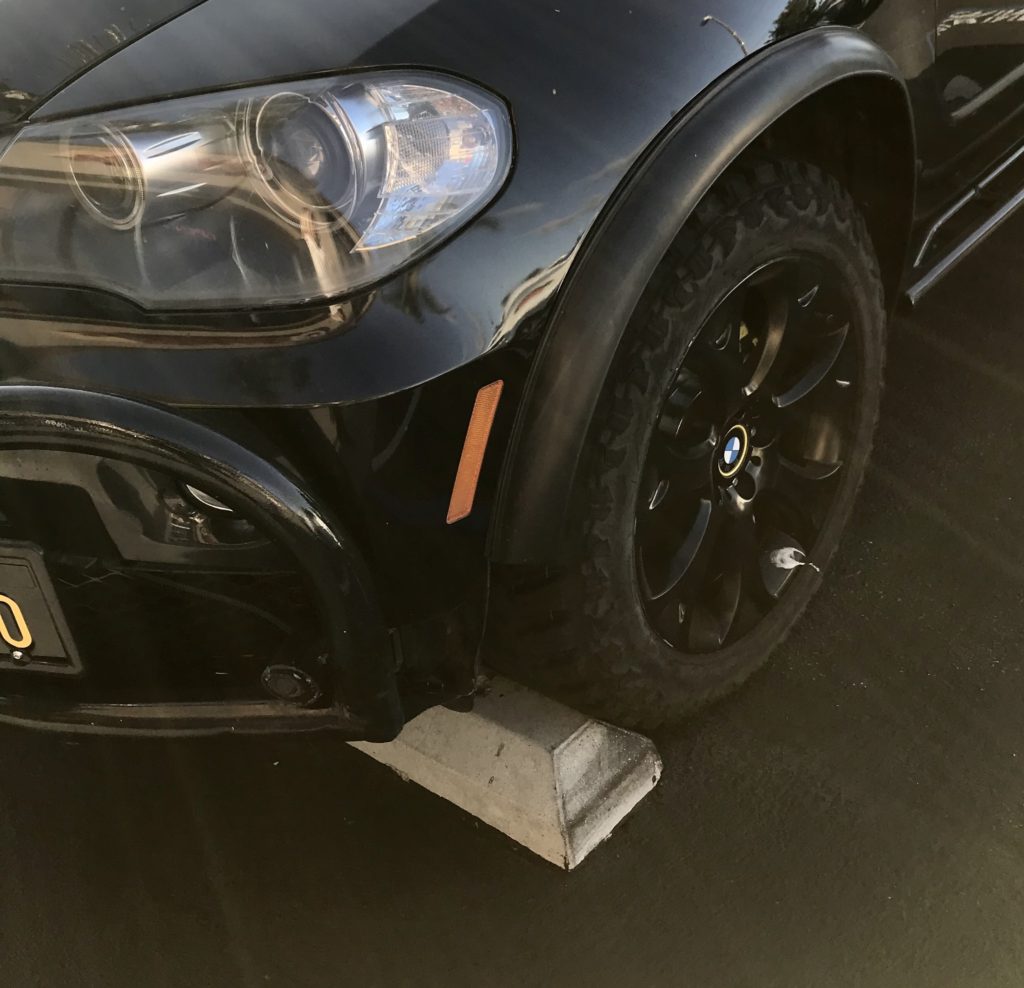 Those things sure are nubby! So not only has his mileage gone to hell, but that infamously smooth X5 ride is now about as comfortable as Donald Trump’s tea with the Queen. 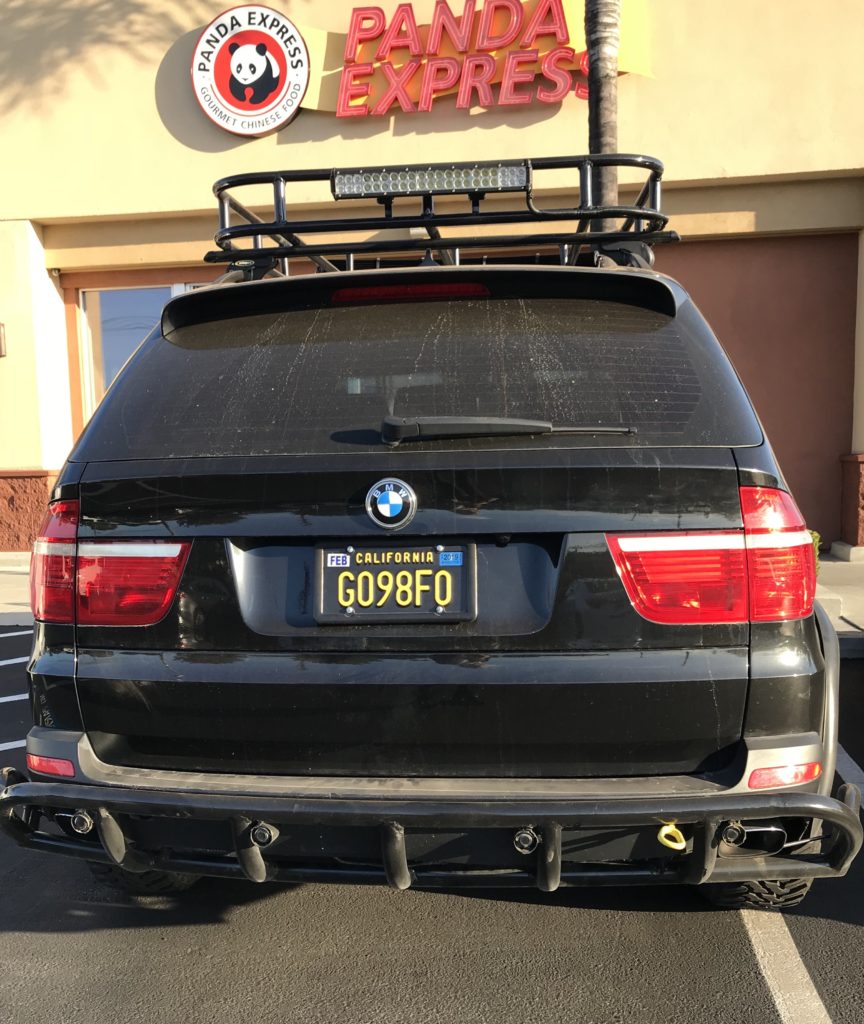 Let us not ignore the vanity plate. What’s he got against 1998? Or is this some kind of military– General Officer/ Flag Officer thing? Or is he referring to a certain “GO’FO” he had in 1998. (Crap, what was I doing in 1998?)  Anyway, that too, is mysterious.

But in general, I’m not worried about this freak. Based on the tread of his tires, the most extreme his driving gets is trying to squeeze into a compact space while picking up General Tso’s chicken.  So to him I say, Stay freaky, compadre, and stay on the pavement for both of our sakes!