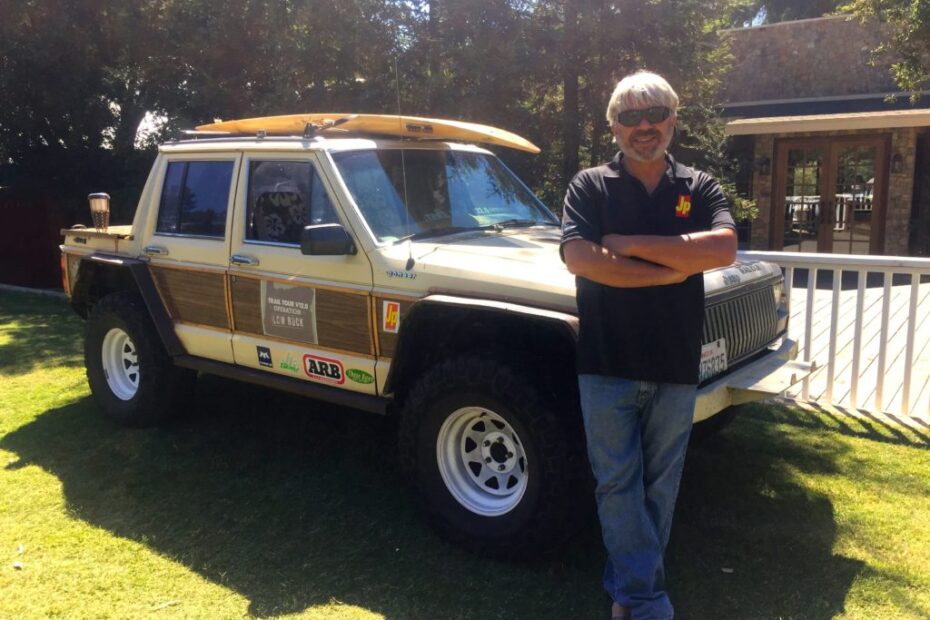 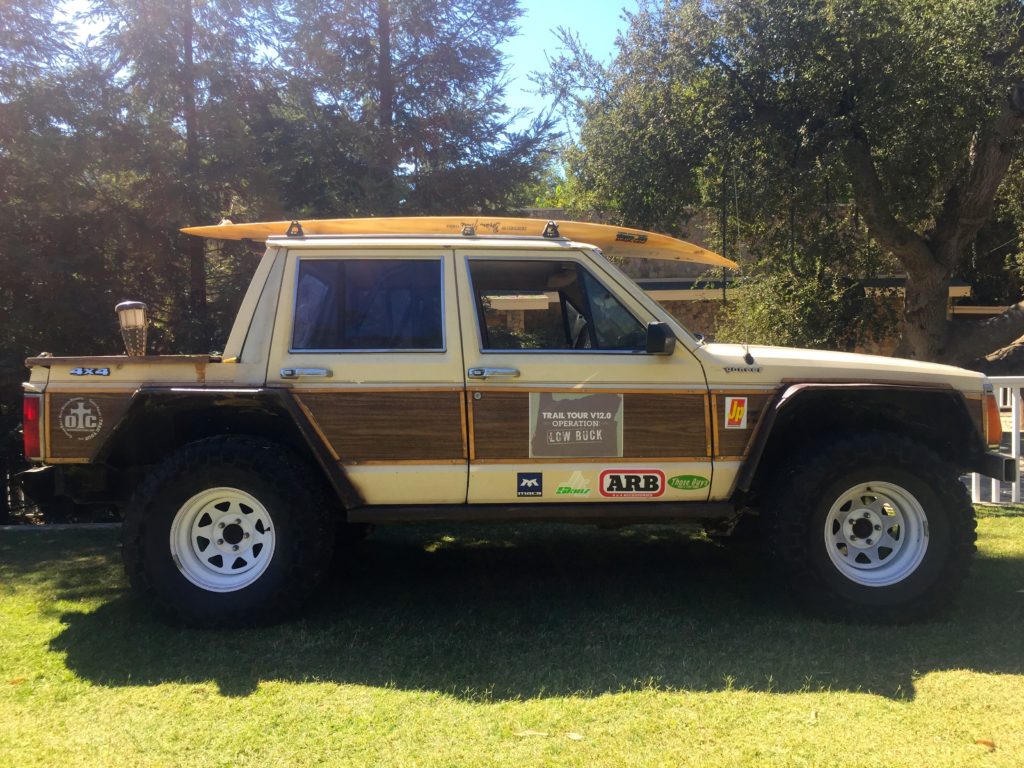 A week or so ago, I was invited to Calamigos Ranch in Malibu to drive some new Jeeps. Oh and yes that actually was as awesome as it sounds.  Because these weren’t just any Jeeps, there were some classics, a few prototypes plus..  the new Grand Cherokee SR/T (heart be still) and Summit (cue silk jumpsuit). You’ll read all about that later. Right now, this is about the Jeep that stole my heart. 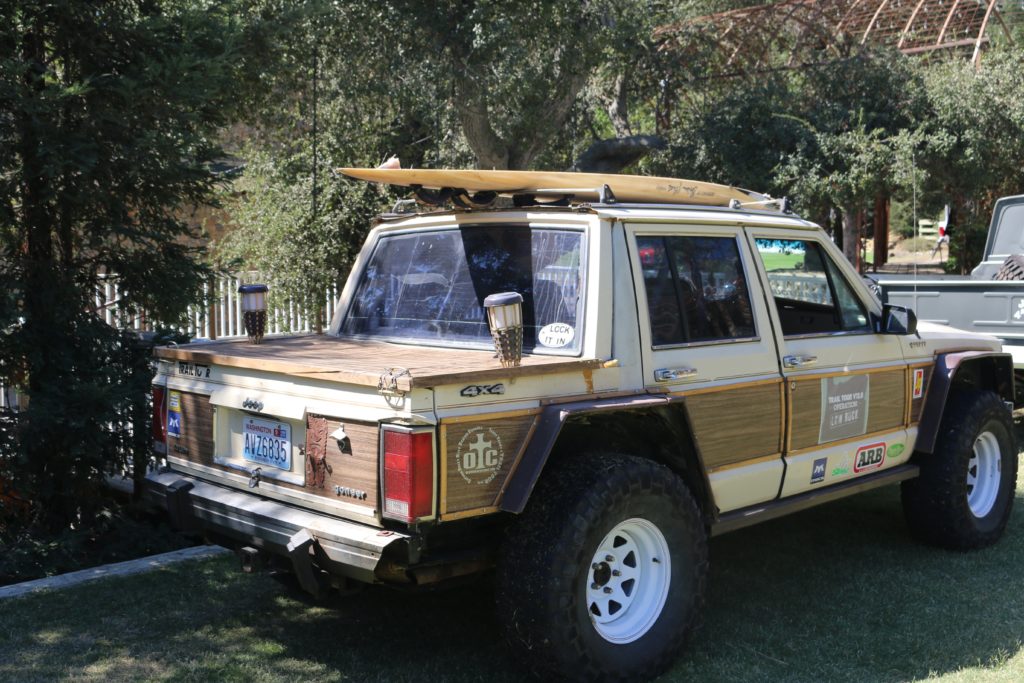 Yeah, that’s a 1990s Jeep Wagoneer chopped into a pick up.  Why’d you never think of that? I know, I was thinking the same thing. But it gets better.  This is truck is everything a Jeep should be: authentically rough, well used and ready to party.  Check out the roughly welded bumpers and side rails– perfect. Then the tiki torches and bamboo shades that act as a bed cover? Brilliant! As I got in closer, I realized that the surf board is actually bolted to the roof racks, which is a hilarious homage to the many d-bags who drive around LA with unused surf boards on their cars as chic-magnet accessories. It’s second only to the puppy and baby borrowing scam. Barf. 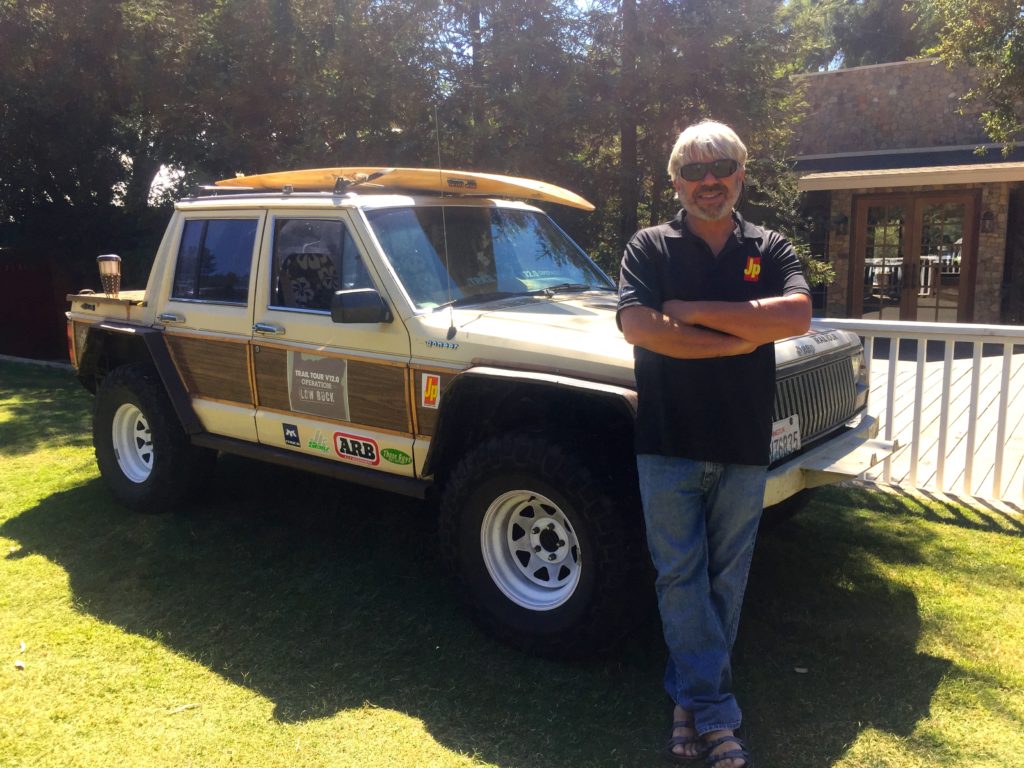 This is Rick.  This is his Jeep. Rick’s the founder of JP Magazine, which is the place you want to go when you want to geek out on all things Jeep.  How would he know? Let’s just say that he’s got over 310,000 miles on this Wagoneer and 20 more Jeeps at home.  So I’d say he’s pretty into it. Rick’s not the brains behind this beauty, just its current sponsor. 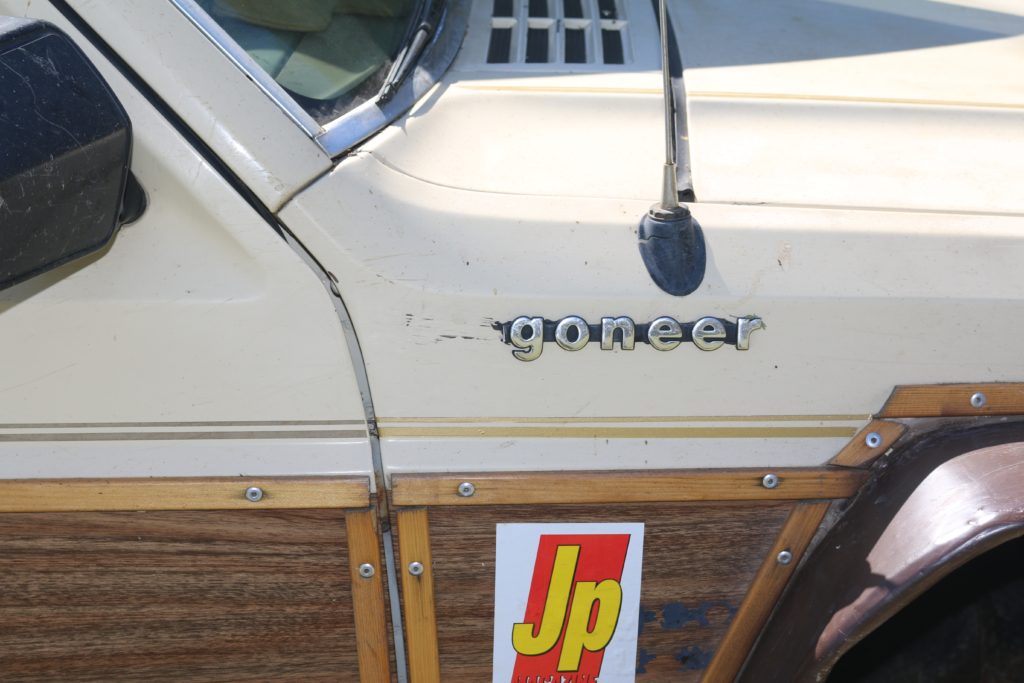 Rick tells me that she’s both a ‘GoNear’ & a ‘Gonner’ depending on your perspective.  Please don’t miss those metal rivets while we’re zoomed in. Thanks.

These days Jeeps are everywhere.  This is great news for the ultimate American off road vehicle. I love them just as much as you do. But Rick’s Jeep is the perfect antidote to the perfectly polished, over accessorized, annoyingly urban Jeeps I see every day. Plus, it is roughly 100x cooler.

So thanks Rick for this breath of fresh air. You sir, are my Freak of the Week!

previousTest Drive Tuesday: X5 vs XC90
next6 Unbelievable Things I Did At The Track