New York Auto Show: The Good, The Bad, The WTF 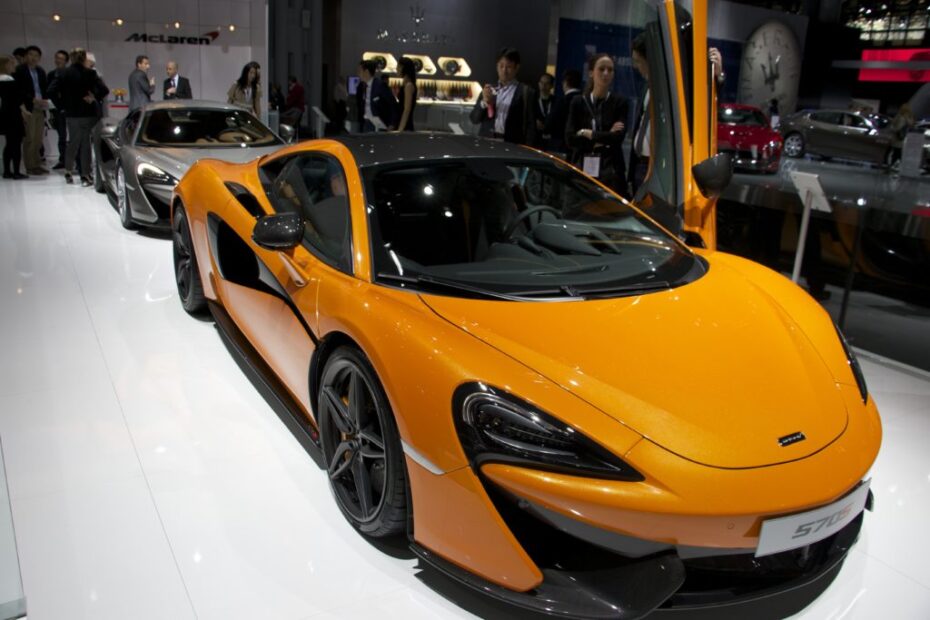 Ah, New York City. The taste of hot dogs, the steam on the sidewalks, the stench of human waste.. what a town! Going back to NY is always great, but this year was special because it’s been over a decade since I’ve been to the NY Auto Show. That’s right, since I was 8..more or less. Here are the high, low, & wtf lights from my visit:

Good
I was so happy to see this Koenigsegg that I literally jumped up and down, much to the dismay of the security dude responsible for guarding the $1.4m hypercar (ps- those guards are really strong). But seeing this Swedish wonder in the States is as rare as seeing my husband empty the dishwasher: 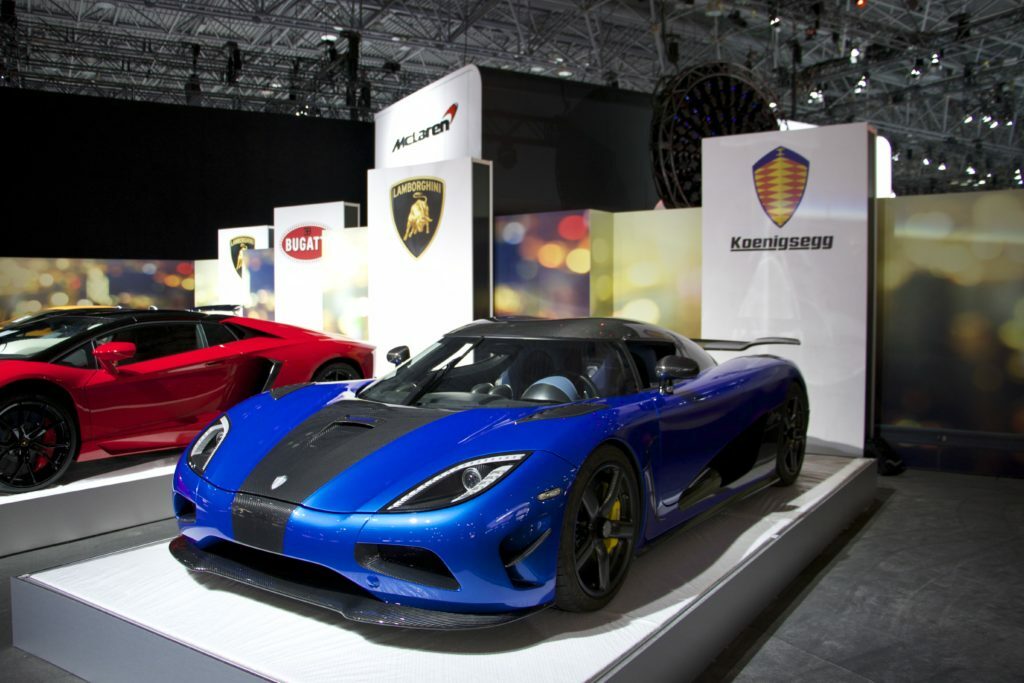 Because I think I need a sports car that’s a few million less “hyper”, I was really jazzed to see this new McLaren 570s. With a sick side intake and butterfly doors, this is the sports car worth putting my kids on Ebay for. It’s half a second faster than the 911 Carrera Turbo and priced at only $200k over my budget at $184,900. But it sure is beautiful:

It was also great to see Subaru in New York. No, I haven’t decided to become a lesbian. Nor do I plan on moving to Maine and getting a lab, but I could do some serious damage to my underpants in this STI: 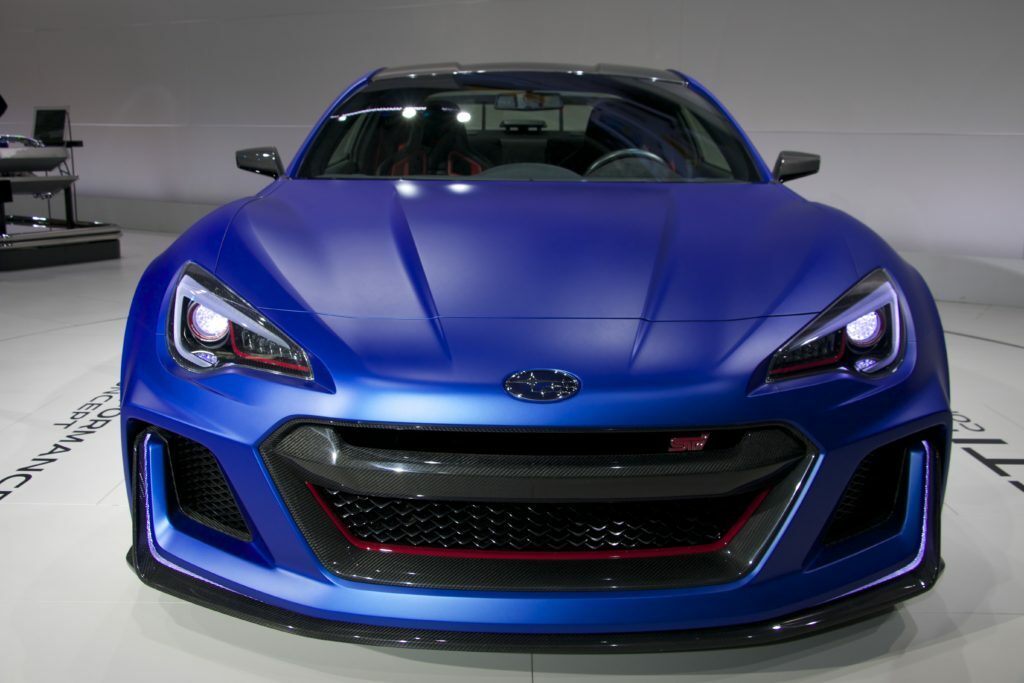 Speaking of underpants, you’ve never seen so many cameras pointed at a rear end than the crowd around the Vulcan: 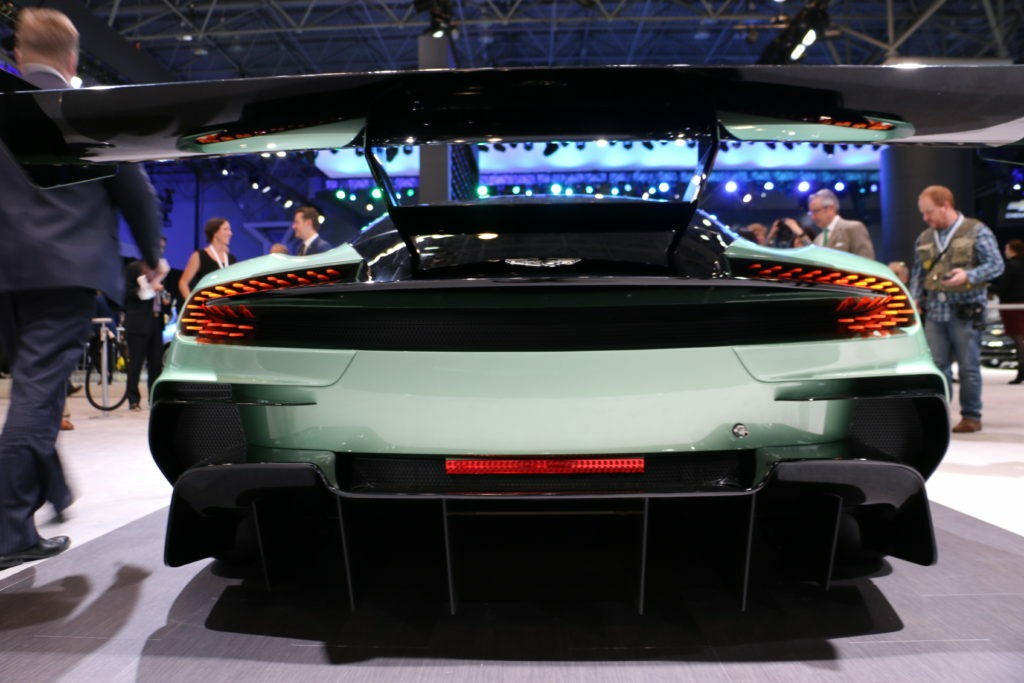 And for good reason, those tail lights are more hypnotic than Nicki Minaj in a unitard (how the what?).

Bad
Sadly, at NYIAS I had to save a poor auto journalist who got stuck in the back of the new Model R concept Beetle: 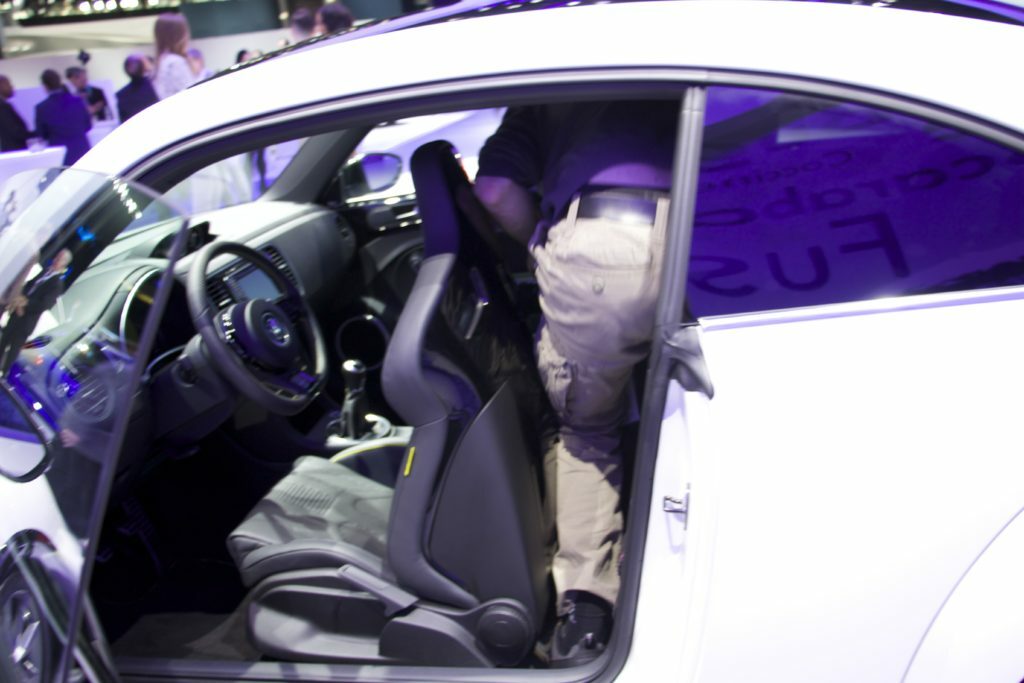 If you’re wondering if the back seat is spacious, I suggest you ask his rug burn.

And if you’re wondering what happens when a car company is interested in the highly coveted metal crowd just ask Slayer: 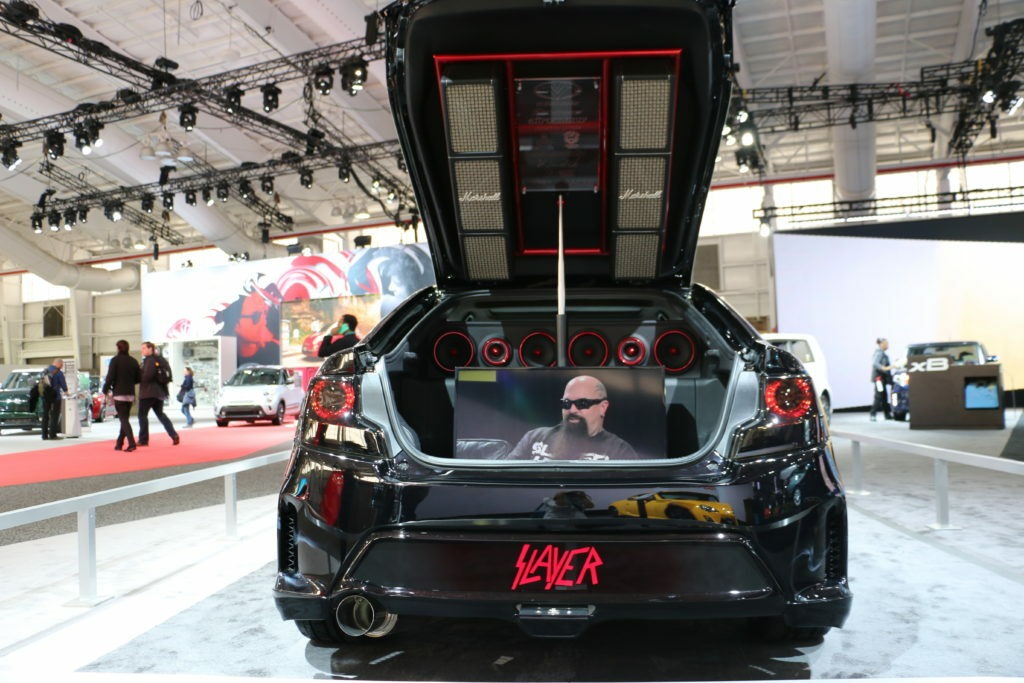 The band actually played at the auto show, which would’ve been cool to see. Except for the Scion person I talked to didn’t even know who Slayer was. Ug, lady! Just ask Tipper Gore..

There was also plenty of hype around the new Lincoln Continental, which I honestly don’t get. My Aunt Barbara would say that this car “looks like it has dump in its pants”: 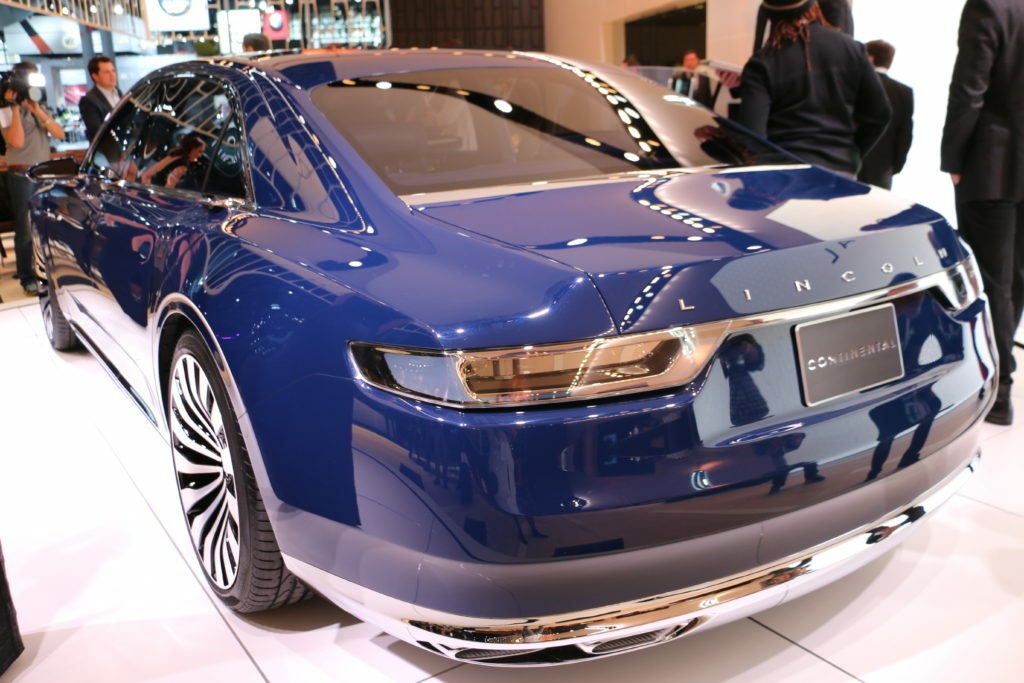 WTF
Thanks to NYIAS, we now know what happens if you feed Fruit Loops to a flock of seagulls: 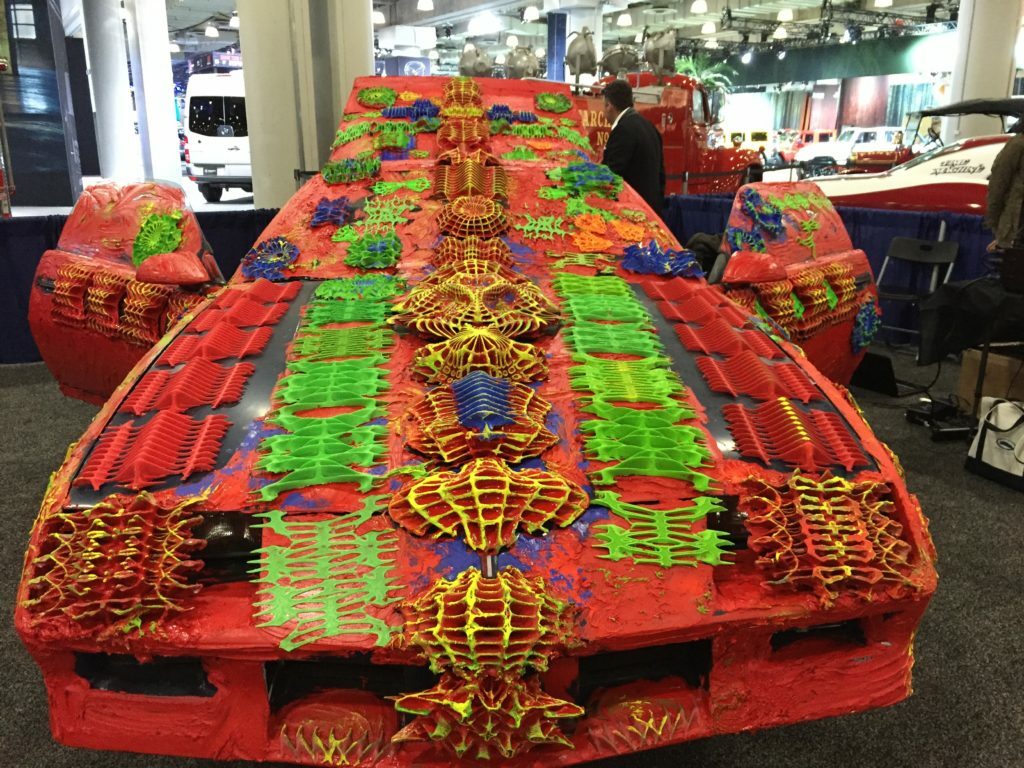 No, it’s not really bird poop, just someone trying to sell bird poop at the Auto Show.

And the final WTF moment from NYIAS is this one: 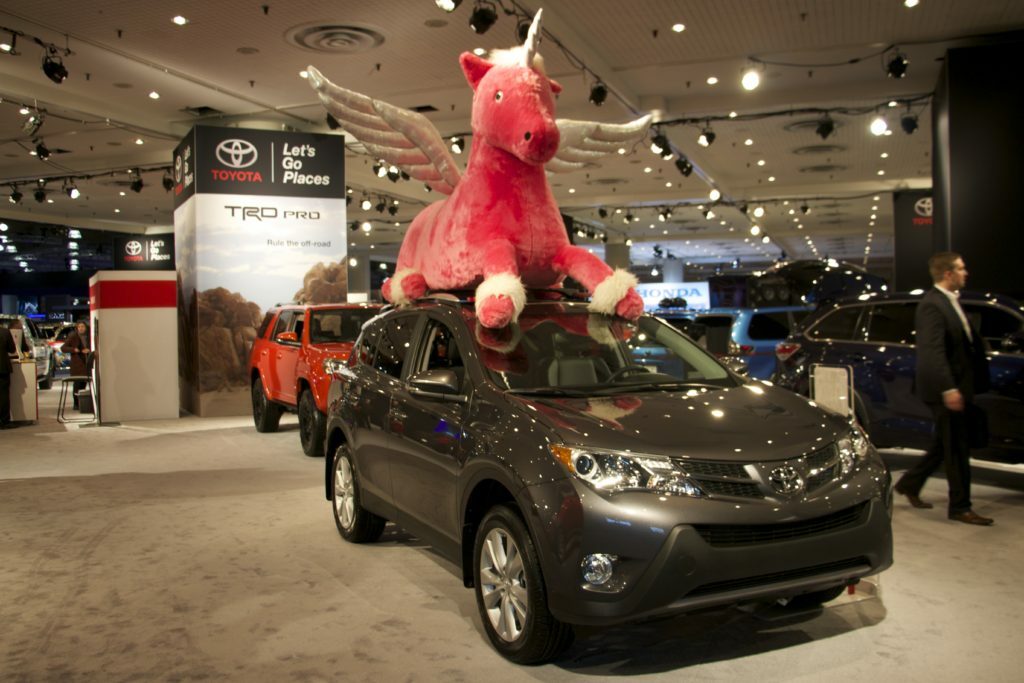 Can’t a girl go to an auto show without having to watch a unicorn hump a compact SUV? My god.

But, overall, the show was great.
I’ll be back next year, right after my 21st birthday!