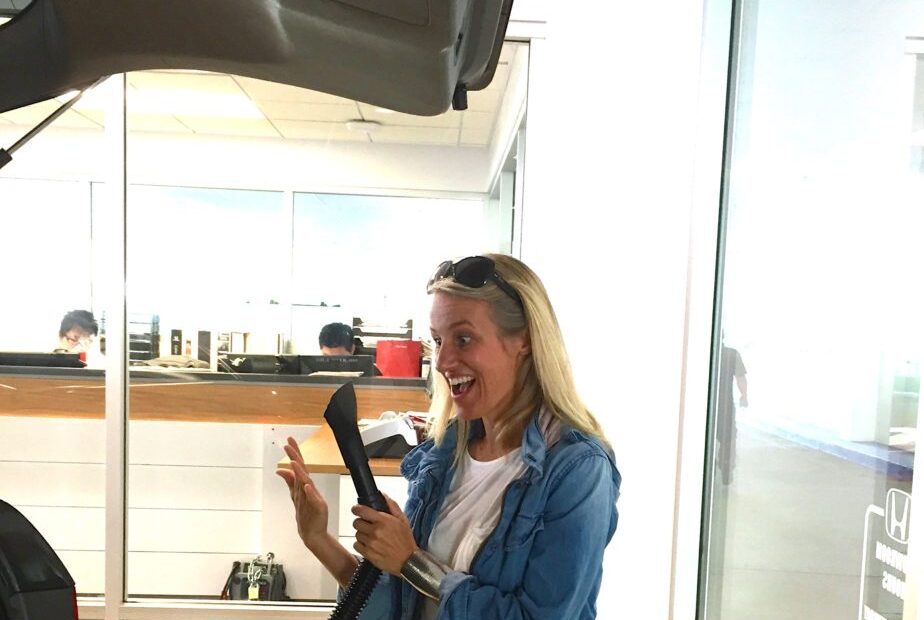 I have a horrible fantasy. It’s dark, disturbing and completely out of character. But when I’m honest with myself, it’s very, very real. I sometimes fantasize that I drive a mini van. 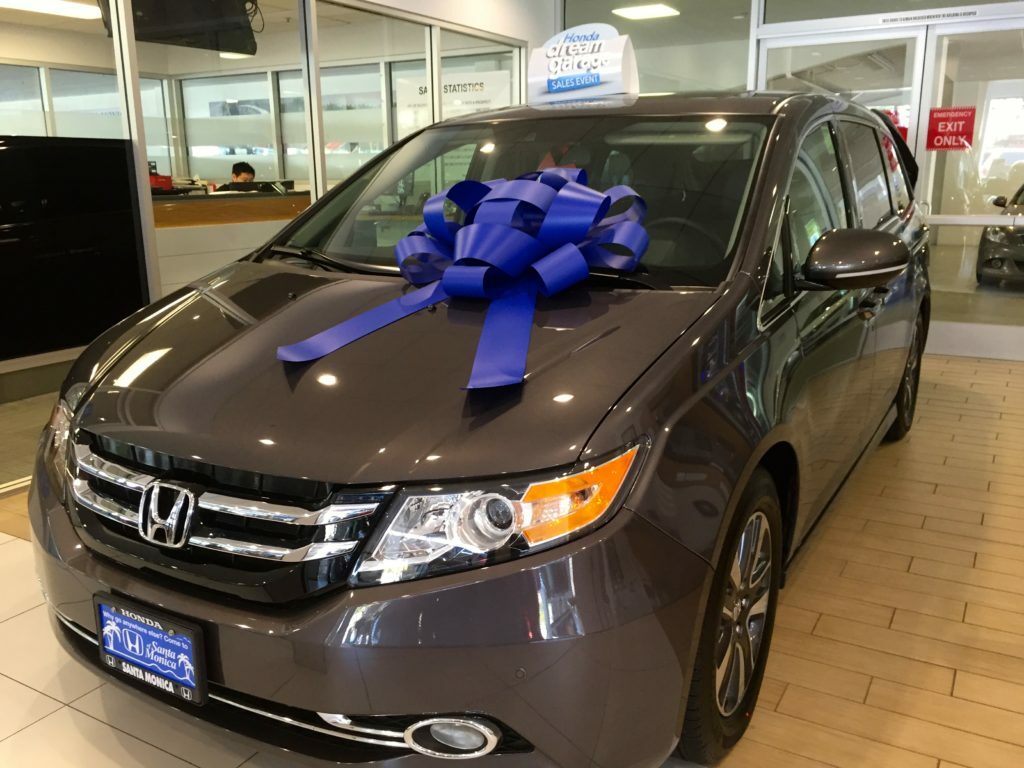 And it’s not just any mini van, it’s a white Honda Odyssey with family stick figures and a school mascot and everything. It’s got tiny wheels, regular plates and more cup holders than Victoria’s Secret. There’s a tray in the back seat, a bunch of tvs with headphone jacks & a sliding back door with a button to close. Truth is, when you spend $40k on a mini van you get better family options than you do in a luxury suv for twice that and that’s disgraceful. Instead, in the suv world, we play this game like I’m ever going to drive it off road thus providing plenty of complex and expensive options I’m never gonna touch. For example, while it’s very cool, I’ve used hill descent twice. Which is probably 2x more than most people, but a vacuum cleaner? Hell, I’d use that action every day! My car has more pretzel crumbs and dog hair than Oprah’s dressing room, but the difference between Miss O and I is that my minions don’t clean up after me, or themselves for that matter.

(Mama & the object of her fantasy)
The other issue is, when you drive a smokin’ hot car is that people expect you to be smokin’ hot..all the time. And I am. Most of the time. But then sometimes, I just want to exit my vehicle wearing sweatpants and a doo-rag without feeling like a fraud. But if I had a mini van, I would drive it to the valley, park it at a shopping center and exit proudly wearing a white leather jumpsuit & turquoise GoGo boots! That Home Goods parking lot would be ablaze with envy in no time.

However, we all know that’s not gonna happen. For a multitude of reasons, including I’m a car snob. I also drive like a bat outta hell, so I’d flip that mini van in 2.3 three seconds without ever leaving my driveway. Plus, my Gogo boots are in the shop. But the real question is, if I drove a mini van, would I park like this? 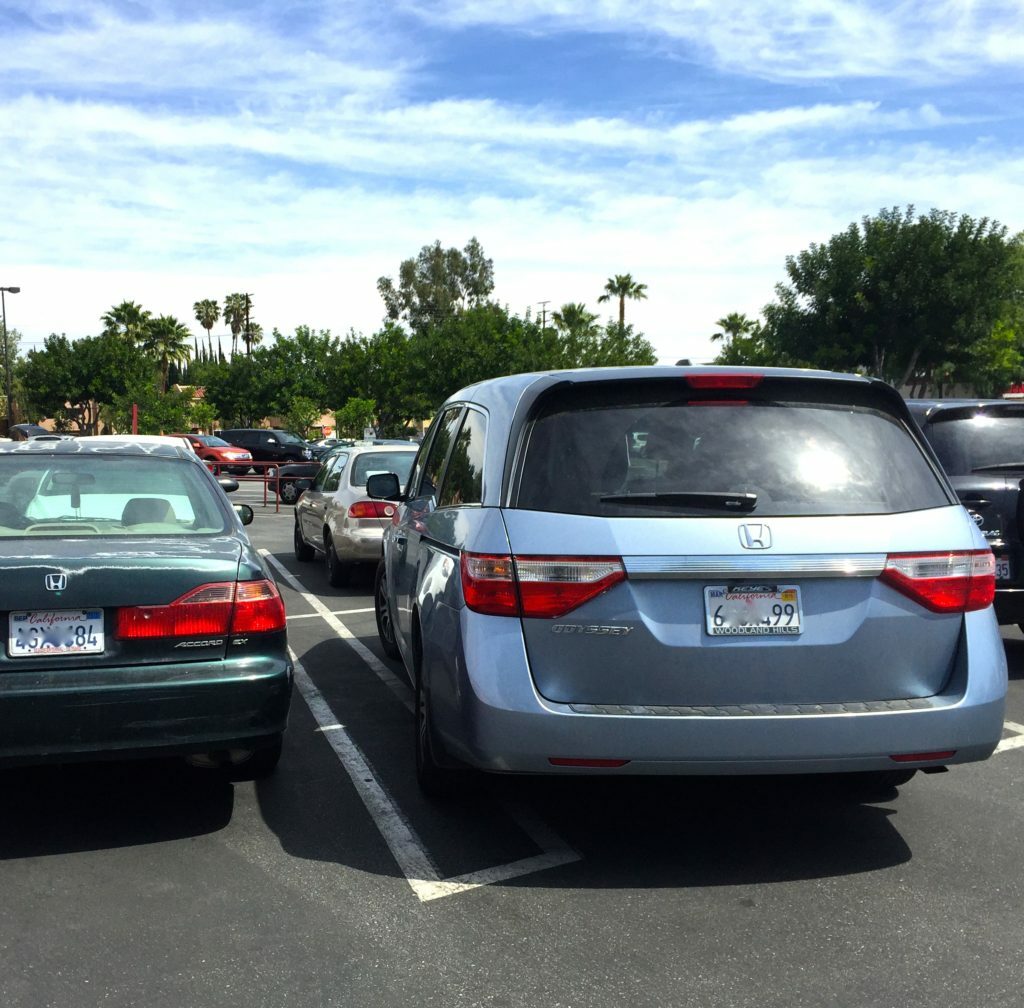 previousNew York Auto Show: The Good, The Bad, The WTF
nextDear Car Sales Dude, Let’s Douche It Down A Little