The Cars of HBO’s The White Lotus 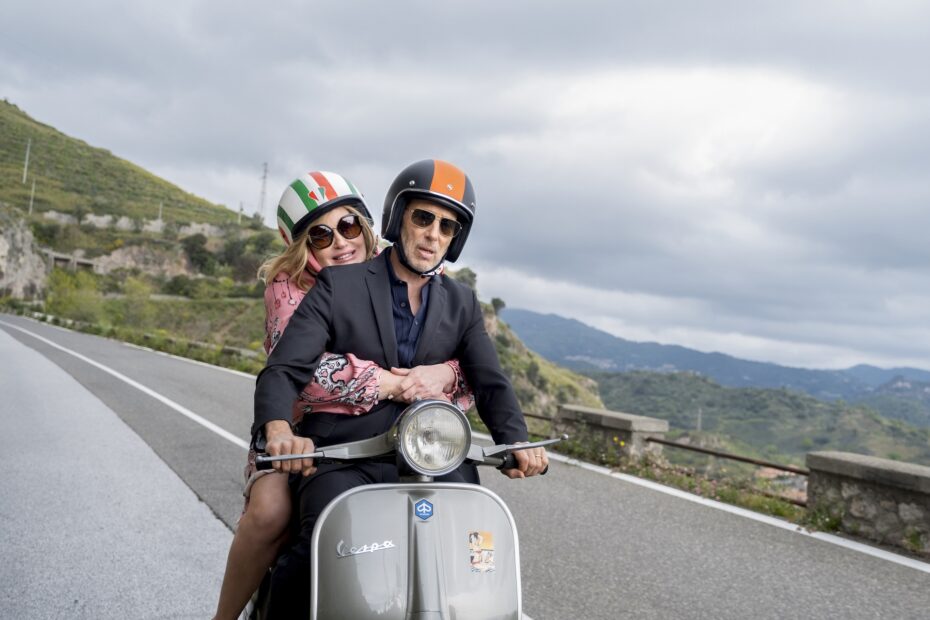 When a bunch of rich, American dbags head to Sicily for vacation, one has to wonder: What Are They Driving? Thanks to HBO’s White Lotus, we now have a pretty good idea. Also, because their character descriptions are so great, I think we also have a pretty good idea about what they drive at home. Let’s see if my automotive impressions match yours:

Of Course, There’s A Sprinter Van

It wouldn’t be a bunch of rich American dbags without a Mercedes Sprinter Van. Duh. In this case, it’s The White Lotus hotel’s shuttle bus. That makes perfect sense because the Sprinter is the only van that the 1% would be caught dead inside. Perfect casting, HBO.

But what about everyone’s favorite pouty geek, Ethan? What does he drive at home? He’s young, intelligent, and a newly minted multi-millionaire. Yet his politically correct sensibility makes me wonder if he wouldn’t blow a bunch of cash on a pretentious ride. So is it a Tesla Model S? Or maybe he’s more of a Lucid guy? Maybe. Regardless of what he driving, there’s one thing about Ethan that I know for sure. He may still be behind the wheel of that Chevy Volt he got in the start-up years, but I’ll bet he also has a $20,000 carbon fiber e-bike in that Silicon Valley garage.

Italian Americans Looking For Their Roots

What about these guys? If you were heading to the countryside to reconnect with your long-lost family, would you show up in a Mercedes SUV? If you’re a father/son duo that sleep with the same hooker and are featured in HBO’s The White Lotus, the answer is an undeniable YES!

As Season Two of HBO’s The White Lotus begins, Jennifer Coolidge’s character approaches her vacation with gusto. She’s here with her new husband and ready to live all her Sicilian dreams! Sadly, like most Vespa riders, Tanya would soon find that the reality isn’t as romantic as the dream. So sad.

What does this power couple drive at home? I suspect that Tanya is a lifelong Lexus driver. As for her sexually ambiguous husband, Greg? Well, pre-Tanya, he was in a white Ford F-150. Now he’s 100% Range Rover.

The Evoque + A Con Man = A Perfect Match.

Whaddya get when you take one part hunky Brit, one part dutiful ‘nephew,’ and three parts drunken fool? Answer: The perfect Range Rover Evoque driver. Ideal for karting your new lover/ prisoner on a sightseeing tour, the Evoque has all of the right ingredients: a solid nameplate, comfy seats for highway foreplay, and mild off-road capabilities for Mafia getaways.

At home, Jack’s ride is undoubtedly less posh. I take him for a solid VW GTI driver. And Portia? Like her boss, she’s a scooter girl too. But hers is of the Bird variety.

Lucia is the real winner in the latest season of HBO’s The White Lotus. As the hooker who seduces not only one but (count ’em) three! of the guests, she’s made some serious bread. Add to that the money she weaseled out of poor, poor Albie, and you’re playing in Ferrari territory. Let’s hope that next season we learn more about what she did with all of that cash.

So here’s to Season Three of HBO’s The White Lotus. May it be set somewhere with fun driving roads!