5 Unexpected Reasons To Get Excited About Autonomous Cars

One of the great reveals at this year’s LA Auto Show was the autonomous car concept by Volvo.  Like everything else they’re doing these days, it was sophisticated, elegant and really well thought through (words that won’t end up on my headstone, but I digress…).  However, up until recently, I’ve had a real problem embracing the autonomous driving concept. Mainly because I love to drive and also, I don’t trust technology. But then I realized a few critical things: 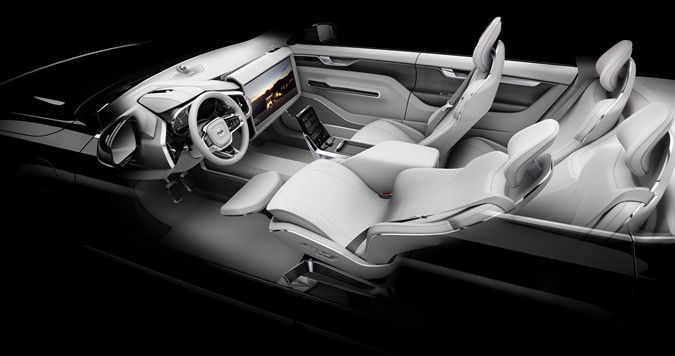 Volvo makes sitting in an autonomous car look sitting in first class on an airplane. You know first class, the a**holes you pass on your way back to the cheap seats? Yeah, well this concept makes it look like autonomous driving is like sitting in that section, without of course having to smell awful airplane-recycled stranger farts. So that’s awesome.

#3. PMS Will Have One Less Playground

About once a month, at roughly the same time, I yell, “Hurry up you old cow” to some poor, unsuspecting senior slugging through my daily route.  Now, thanks to the autonomous car, I can lay back and lick the salt off a bag of pretzels while I sew an elastic waistband into my skinny jeans.

Red Bull. Starbucks. Drinking enough water to stay hydrated, but not so much that you have to pee.  The endless shuffling of local radio stations.  Road trips can often be a chore. 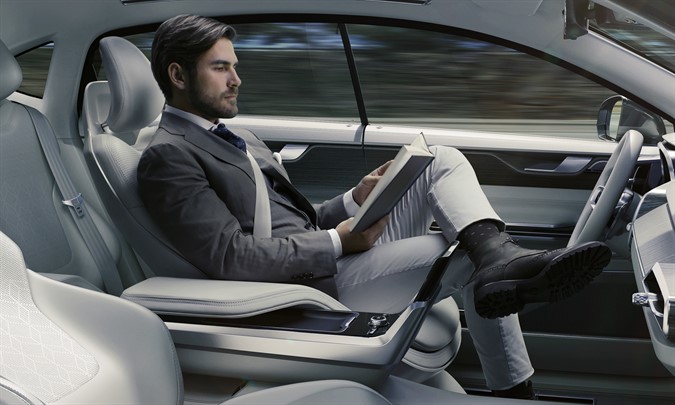 But now, with more fuel efficient cars and autonomous driving, I can be like this guy. I’ll read a thought provoking book on my way to Vegas where I’ll numb all of my thoughts.  Or, if this car comes with the above gentleman, autonomous driving and the implied leg room, I can think of a few other, more provoking ways to kill a few hours. 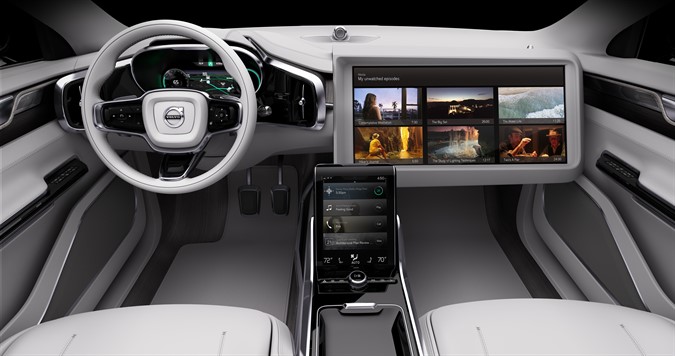 Of course, this isn’t news.  But when I freak out about the potential technological glitches, I’m reminded that while computers can sometimes be frustrating, people are annoying on a very regular basis.  I’ve never heard my car’s GPS interrupt its route by exclaiming, “Yo, look at the pair on her!” So I think having a bunch of Silicon Valley brainiacs program the cars around me will be far preferable than being surrounded by dumbasses piloting steel cages.

That is, of course, assuming I still have access to a vehicle where I can engage in my own idiot activity, then we’re good.

previousOnly In LA: The (Post Op) Petersen Museum
next7 Reasons Why 2015 Didn’t Suck