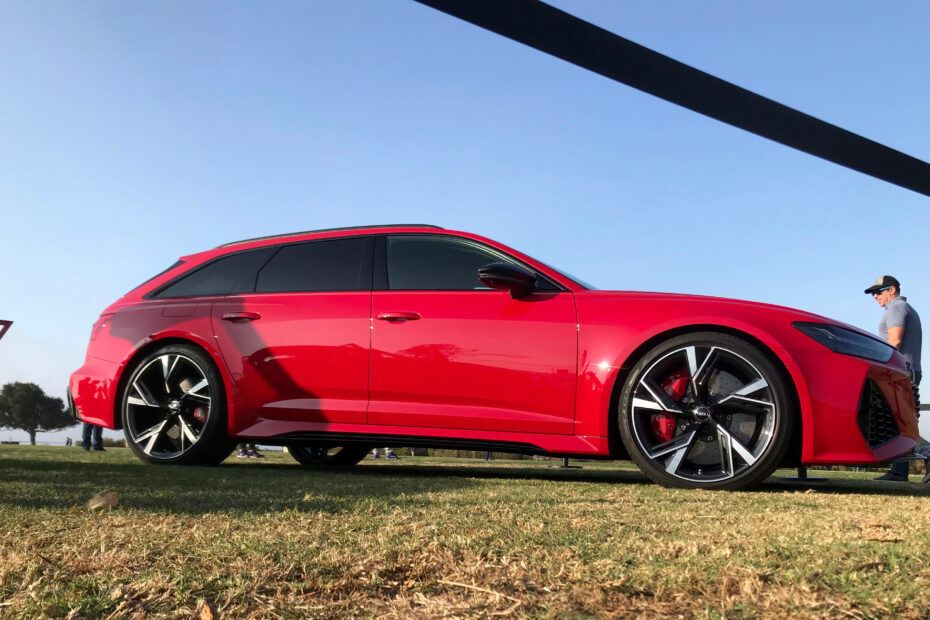 Earlier this year, Audi USA did something pretty damn ballsy. They announced that after many years, they would finally bring the highly coveted RS 6 Avant (wagon) in this country. Why is that so badass? Well, for one thing, wagons don’t sell in the US. Just look around you and what do you see? Lemme guess, it rhymes with SUV. Secondly, this is a performance wagon, it’s not an EV, not a fuel cell, not powered by rainbows or unicorns.  But a unicorn this may very well just be.

This morning, I went to the Malibu Cars and Coffee to see the RS6 Avant for myself in its first American viewing.

Why Malibu? Well, I’m pretty sure that if you were to Google where the majority of Mercedes-AMG E63 wagons (the RS6 Avant’s competitor) are sold in America, Malibu would be at the top of the list. I see them on PCH on the regular.

Plus, this town is filled with enthusiasts, journalists, influencers, and dorks like me that want nothing more than to wake up at the ass-crack of dawn to splash sexy images all over the Internet for a car that 50 rich people are gonna buy. That doesn’t make it a bad thing, it just is. I mean, look at it:

Who can get angry at something that looks like that?  And when it goes, it’s gonna go. With the 4.0-liter twin-turbo V8 engine, this chariot will reportedly blast from 0 to 60 mph in under 3.6 seconds.  Grab your helmets, kids, Mama’s got a straight away!

Oh, and if you think only dudes buy high-performance wagons, think again. Yours truly owned a Mercedes E500 AMG back in the day, until I realized she was more Chrysler than Daimler and we had to part ways.  My local BMW guy also told me that Pink imported an M5 wagon from Germany and all of a sudden, her music sounded far better.

The RS6 Avant will be available Stateside in 2020. Until then, we’ll just have to imagine that it drives as good as it looks. The other option is to watch their sappy video over and over again..(I’m only up to 20):