Freak Of The Ugen: Denmark’s Mama 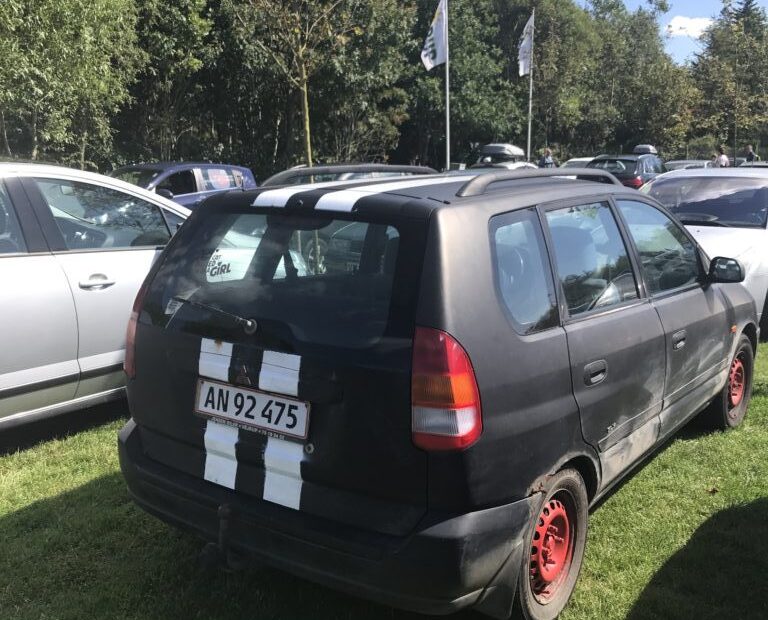 Guess where I am? I’ll give you three hints:

That probably doesn’t narrow it down quite enough. So I’ll tell you, I’m in Denmark– which if you’ve ever been here, you know, is awesome. The people are smart, friendly and annoyingly attractive.  Yesterday, we went to an amusement park called Sommerland, which oddly enough, is only open in the summer.  Upon entry we were met by this sexy bloke: 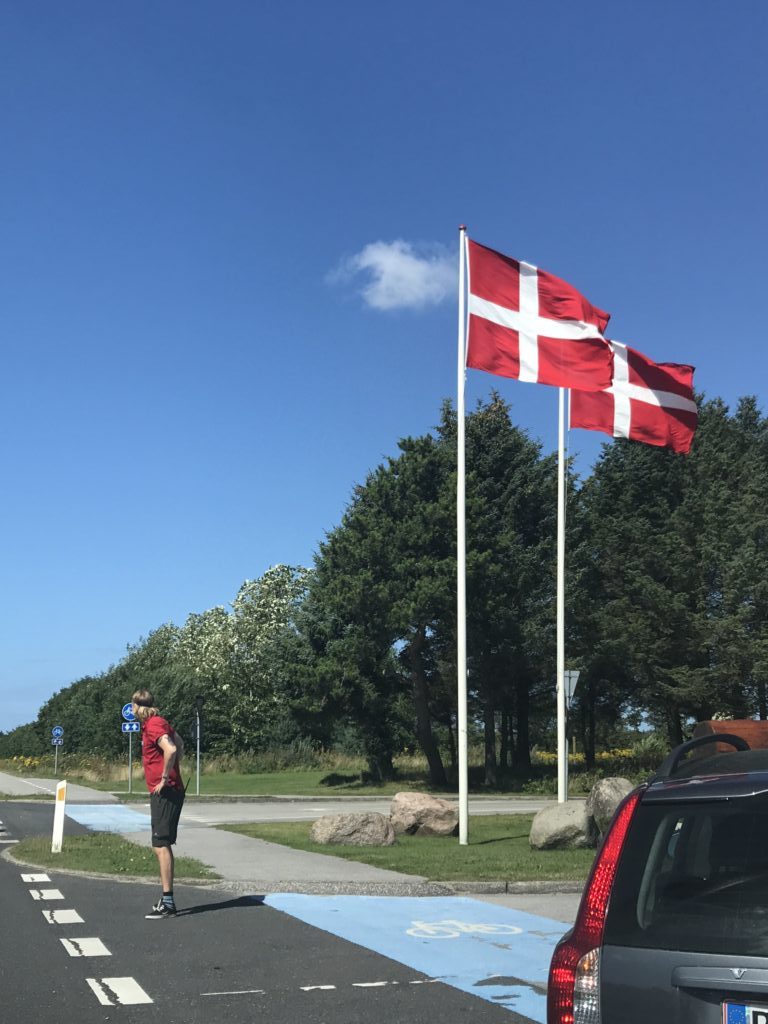 Man, I sure hope he’s wearing that headband ironically.  Sommerland was very exciting for yours truly not because I love rollercoasters, cotton candy, or going down water slides with sweaty Germans, but because I knew there would be an enormous parking lot. And for me, a pile of cars is like a box of chocolates, for no matter I am on the planet there’s always going to be one that tastes funky and that’s the one for me. After about 10 seconds, I found her.  The car that you and I have been waiting for. Brace yourself, because this little Vision of Mitsubishi Loveliness (yeah, you’ll never read that again), is a doozy:

Oh wear to begin.. Do I start with the DIY racing stripes on this murdered out little Mitsu? Or do I go straight to the amazingly awesome red wheels that are, you guessed it, done by herself: 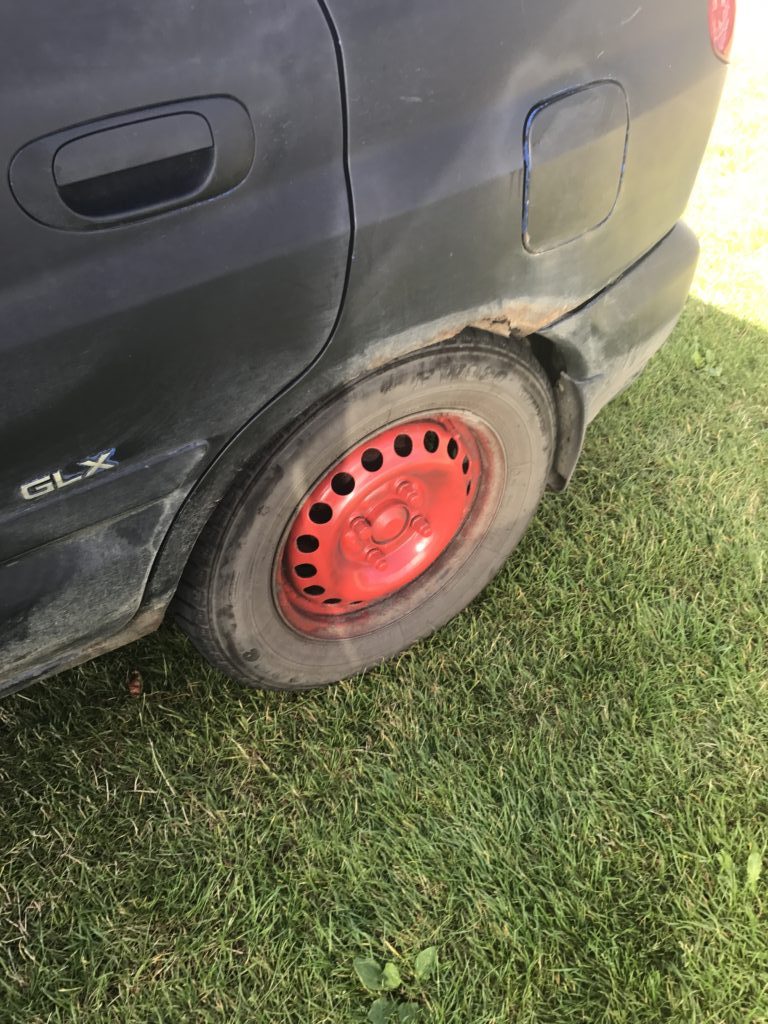 This Danish Motorhead Mama doesn’t care if her hand me down hatchback is riddled with rust and has a whopping 45 horsepower, she’s gonna slap some lipstick on those wheels and speed into Sommerland.  And just to throw it all into your face, she adds, in English that she’s loud and proud: 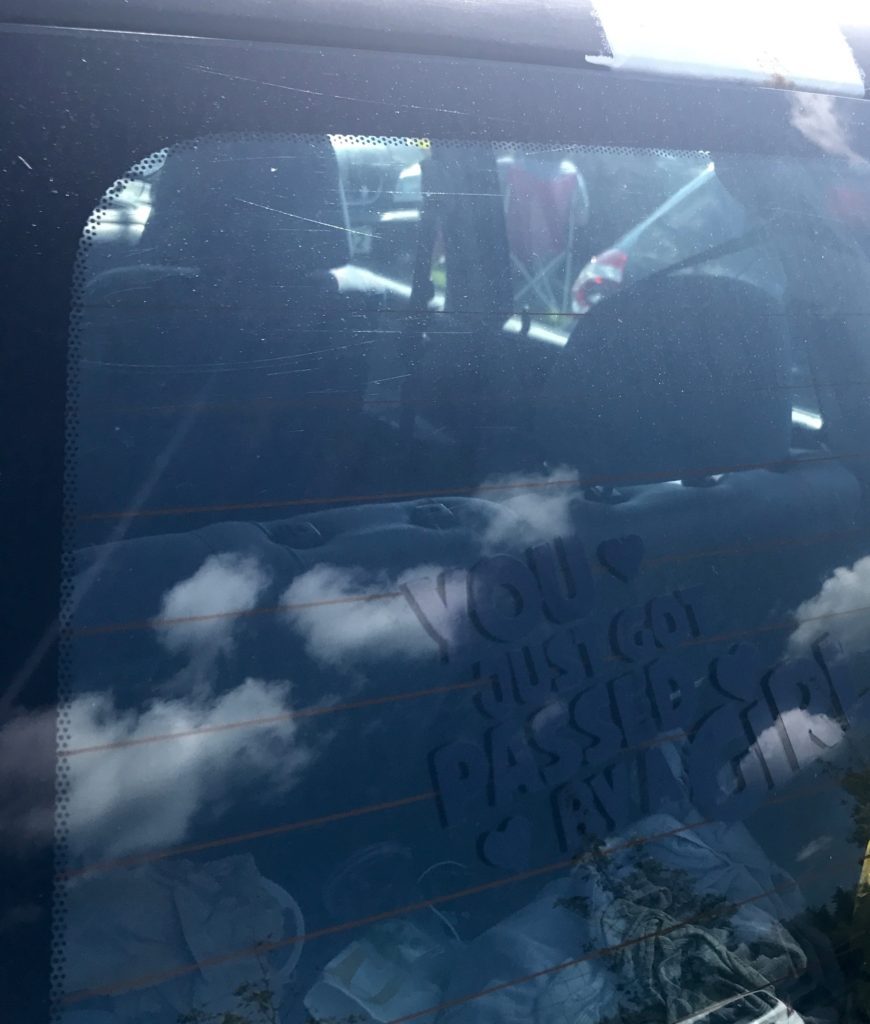 For me this is a meaningful vehicle, for it proves three of my core theories:

1) You can find fascinating cars anywhere.

3) Automotive style has nothing to do with money, status or location.

Car Culture has no gender, no nationality, and has a lower price of entry than most think.

So Skol to you, my Danish Motorhead Mama! Come to LA and we’ll do hot laps around those Lambos…

(but seriously, if anyone finds this woman, have her contact me and I’ll send her some schwag) 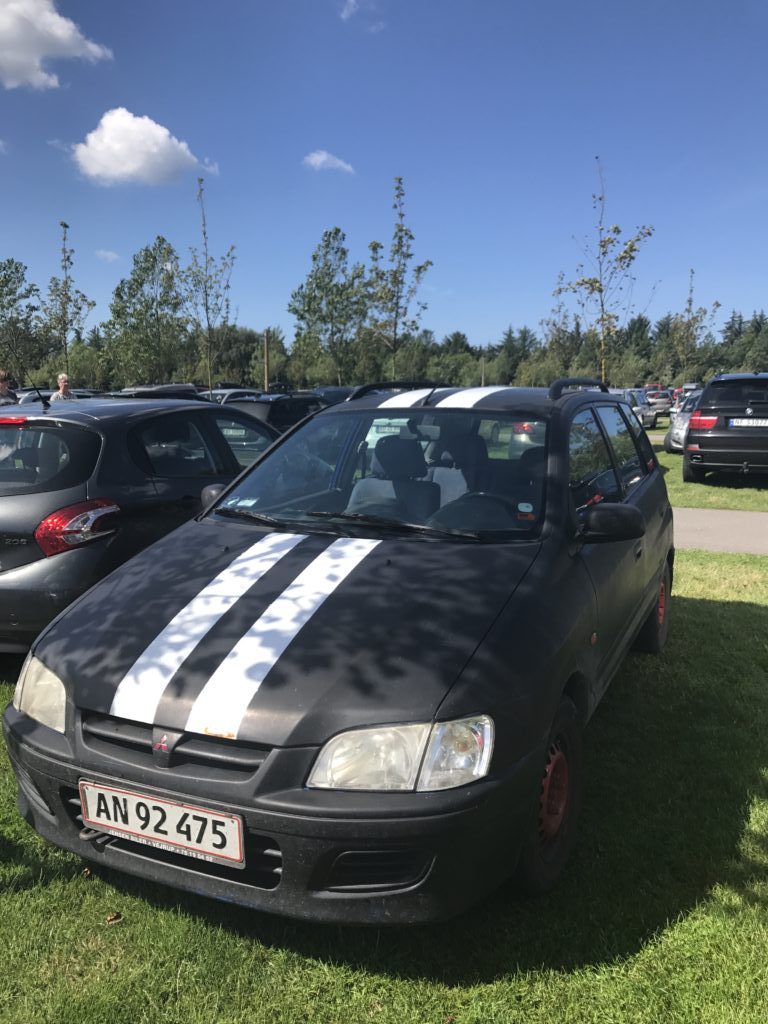 previousAston Martin DB11: Because Diamonds Are For Losers
nextLayover Adventure: 18 Hours In Iceland