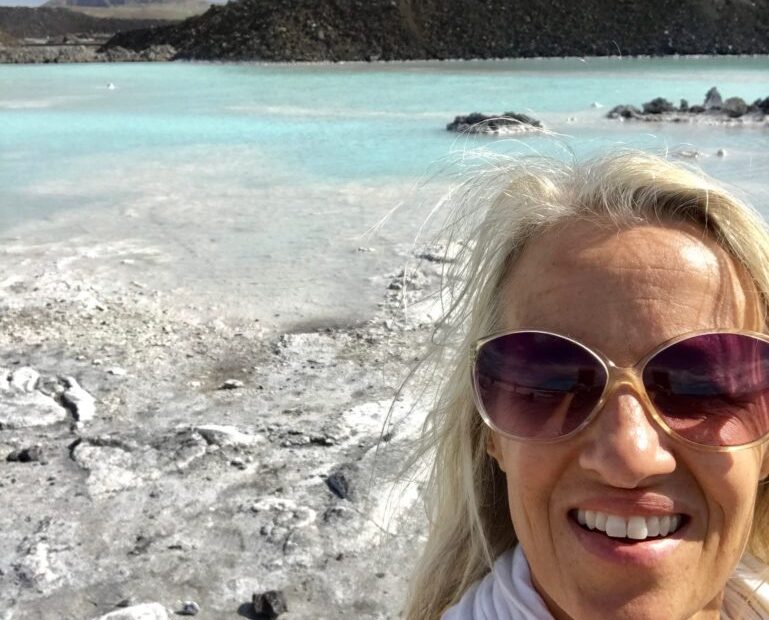 Layovers. We all dread them. They’re awful, dreadful, the things nightmares of made of. But what if a layover could be fun? An opportunity to briefly explore a place that isn’t necessarily on your bucket list, but you find intriguing. Kind of a globetrotting one night stand, if you will. For me, this is Iceland. It’s not a place I’ve ever dreamed of ..what with all of Ice and all..yet I’m fascinated by any country that can make things like Bjork, Sigur Ros and geothermal heat. On my recent trip to Denmark, my too-thrifty-to-pay-for-direct-flights ass had an opportunity to find out. So I committed to 18 hours in Reykjavik & it was a blast. I recommend it highly. Here’s what I did: 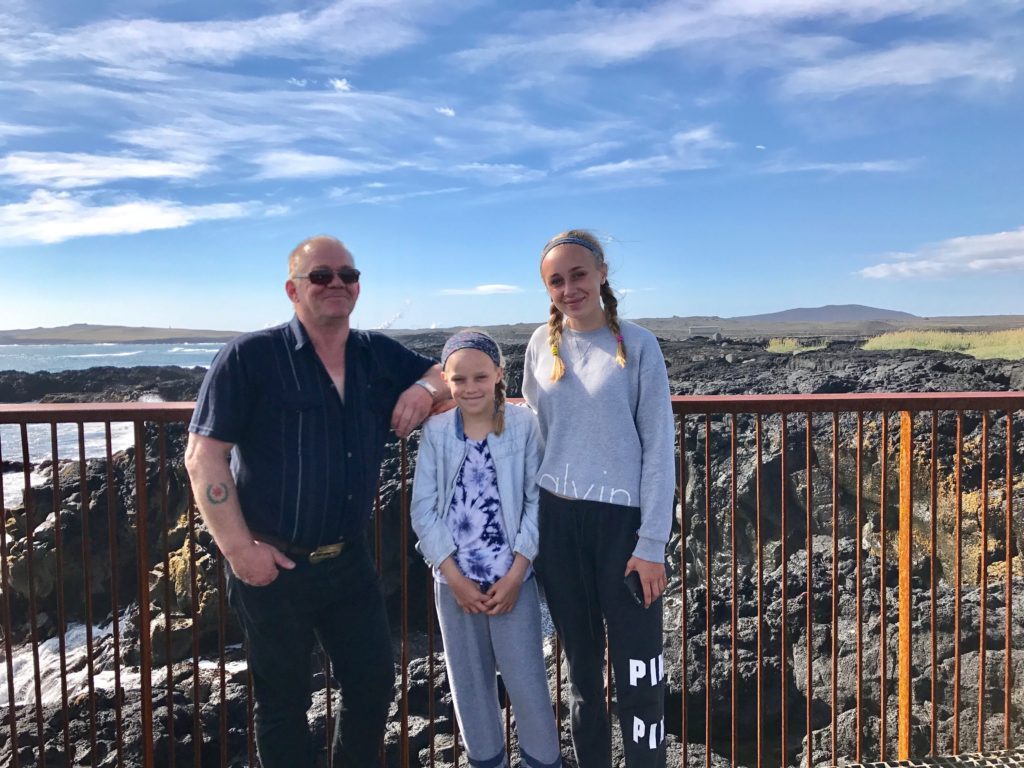 First things first, jump off the airplane, grab your children and make friends with a complete stranger.  In my case, it was this crusty, chain-smoking, fisherman-turned-taxi-driver named Jemoiuarekarjiu– no that’s not his real name that’s something I honestly couldn’t pronounce, but he was a rockstar. Remarkably proud & insightful, he was delighted to drive three clueless American blondes around for 4 hours for under $100 bucks. Bargain of the century.

He started by taking us to the usual suspects. Like this geological landmark called The Blue Lagoon, where the water looks like heaven, the air smells like eggs and tourists from all around the world come to make a big, revolting human soup: 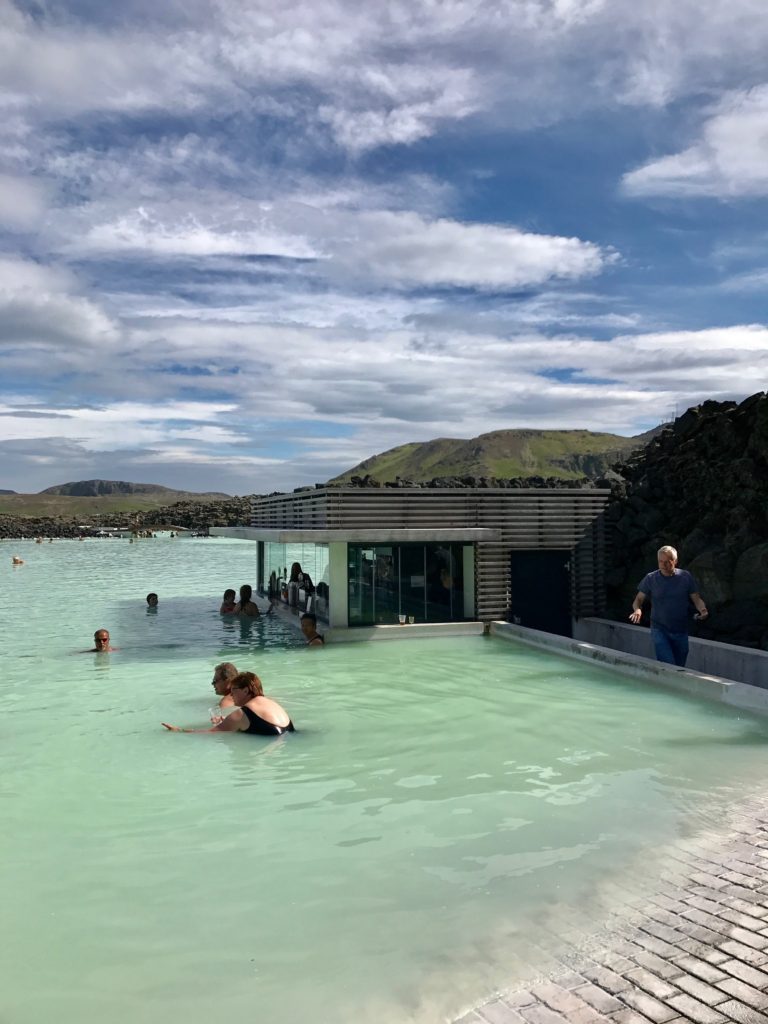 Did I mention that’s a swim up bar? Nei takk! Luckily we didn’t make a reservation and couldn’t get in. I do, however, recommend the parking lot which was filled with a few other masterpieces: 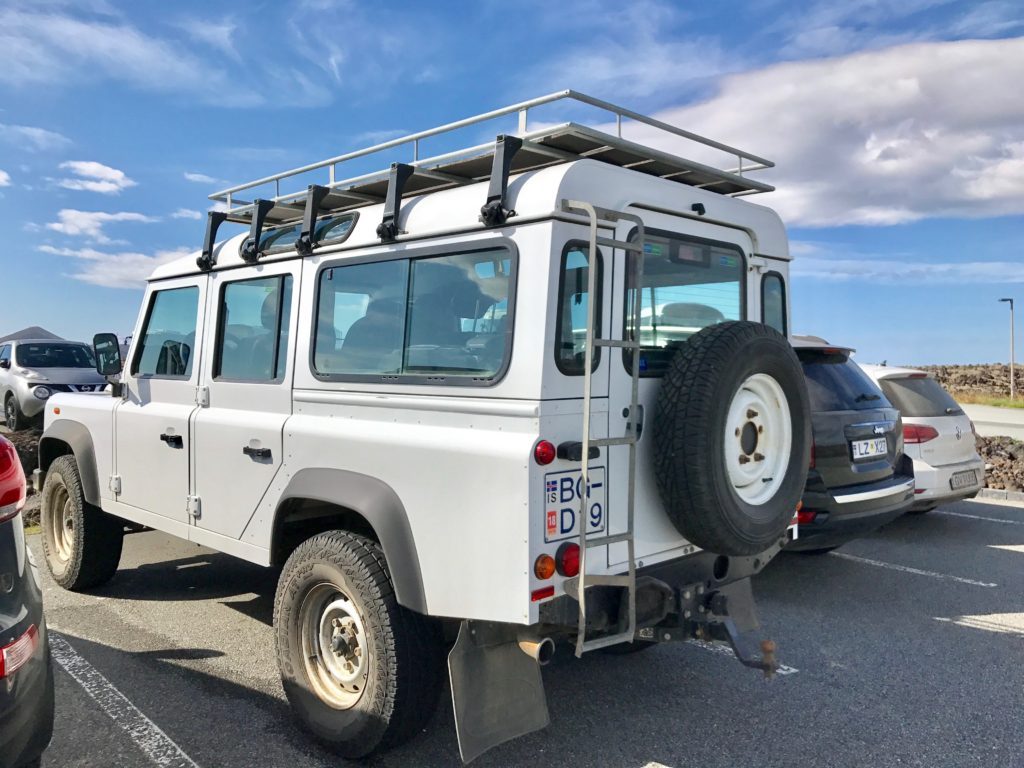 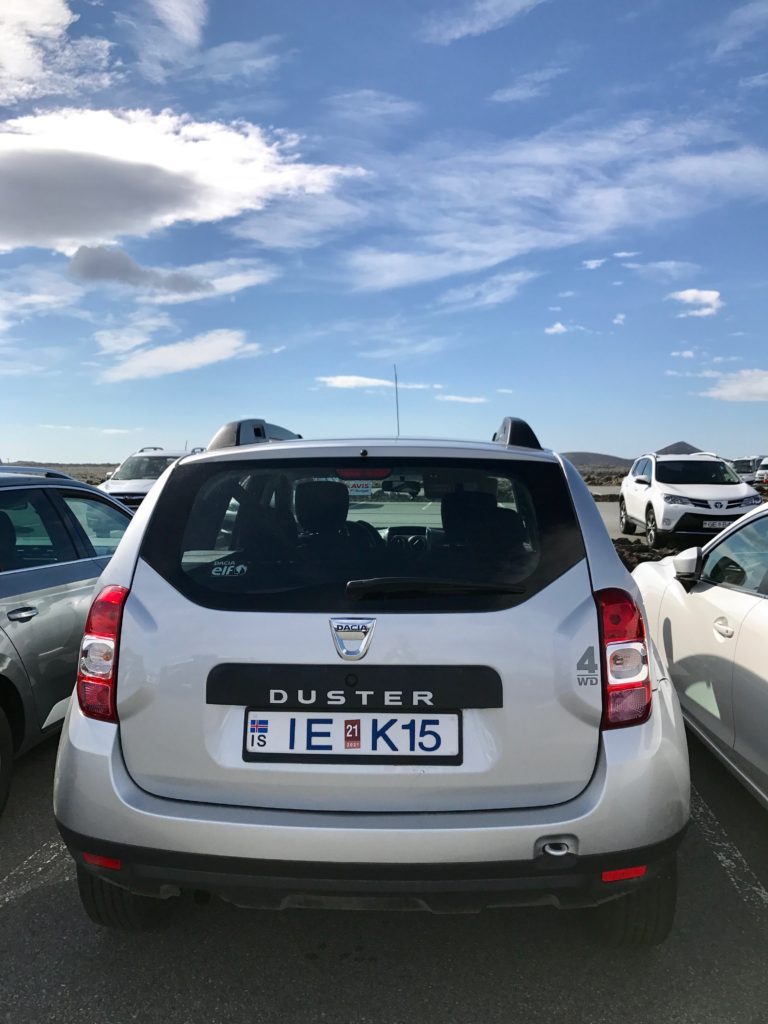 Look, a 4 wheel drive Duster. Who knew?  Somebody better tell Plymouth..or maybe not. 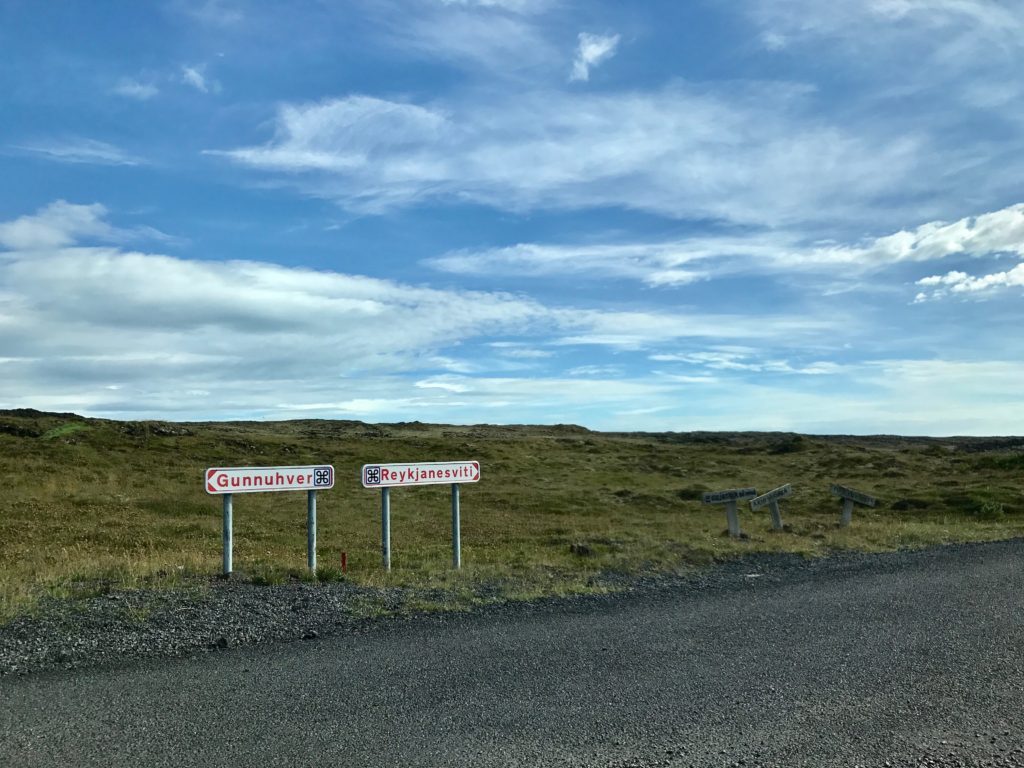 Don’t be freaked out by those incomprehensible road signs, just take a left and head to the one that starts with a “G” to see the geysers. 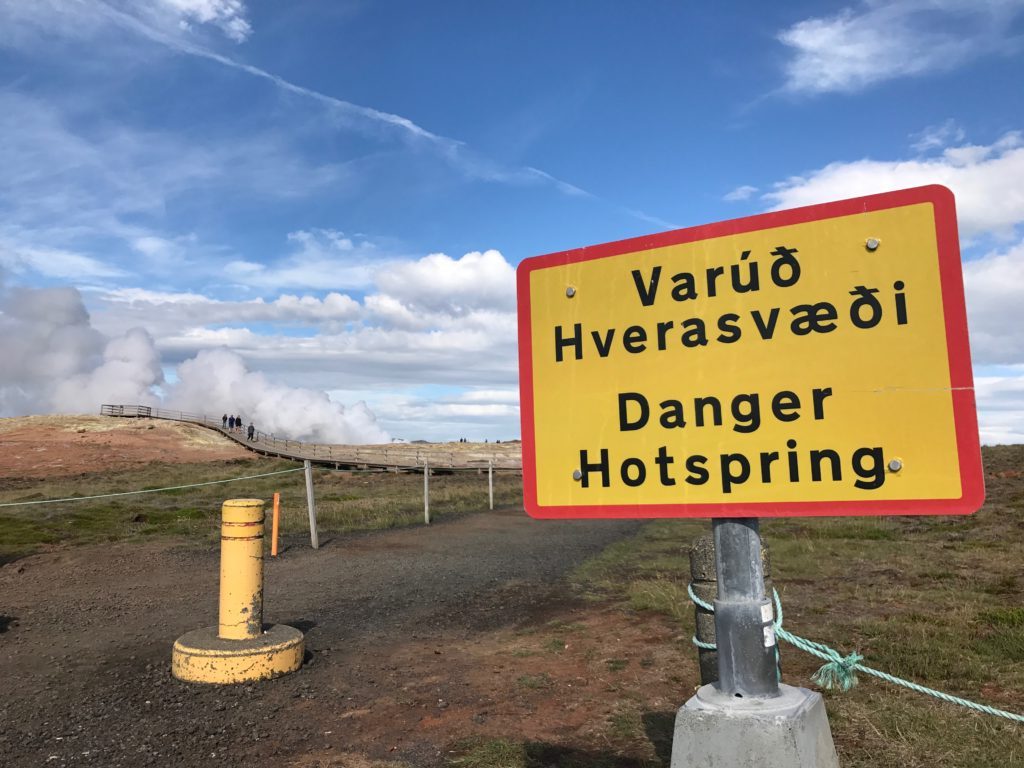 When you get there, don’t rush towards the boiling liquid spurting out of the earth, take a look around. Read the local legend about the old woman that haunts the area. And don’t miss the parking lot, where I spotted a European Unicorn: 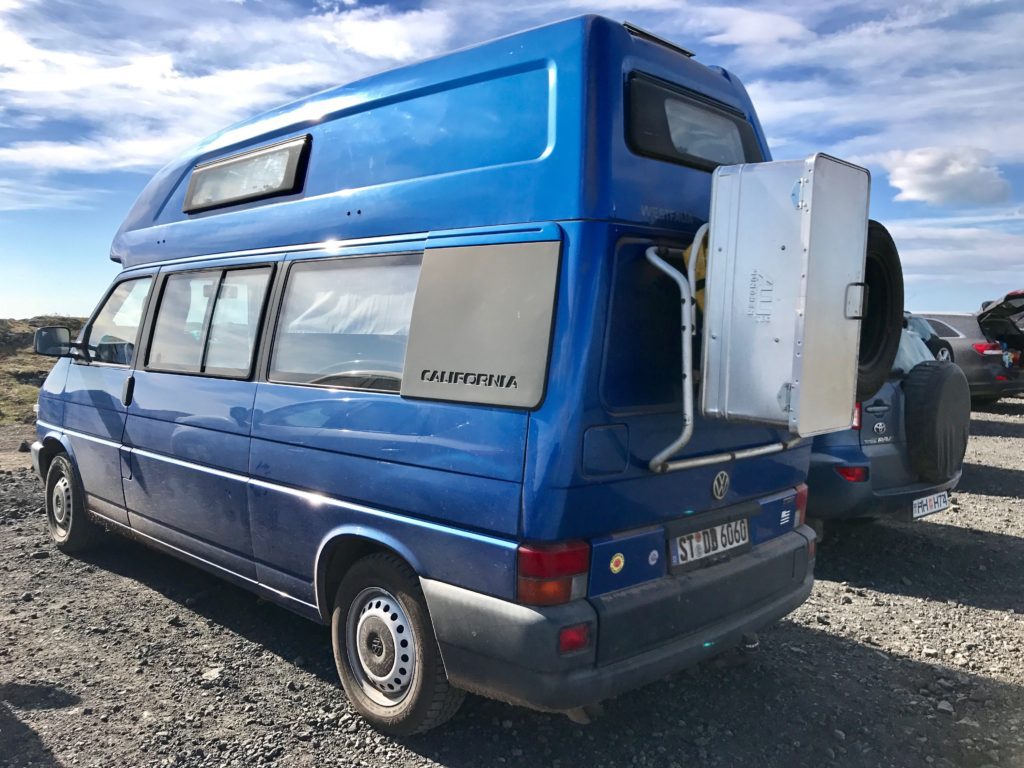 This glorious VW diesel van named California that’s not available in, you guessed it, California. Waaah..

But the geysers are amazing. Keep driving around the “boot” of Iceland and you’ll see gorgeous coastlines, plenty of hot springs and some great Viking stuff. 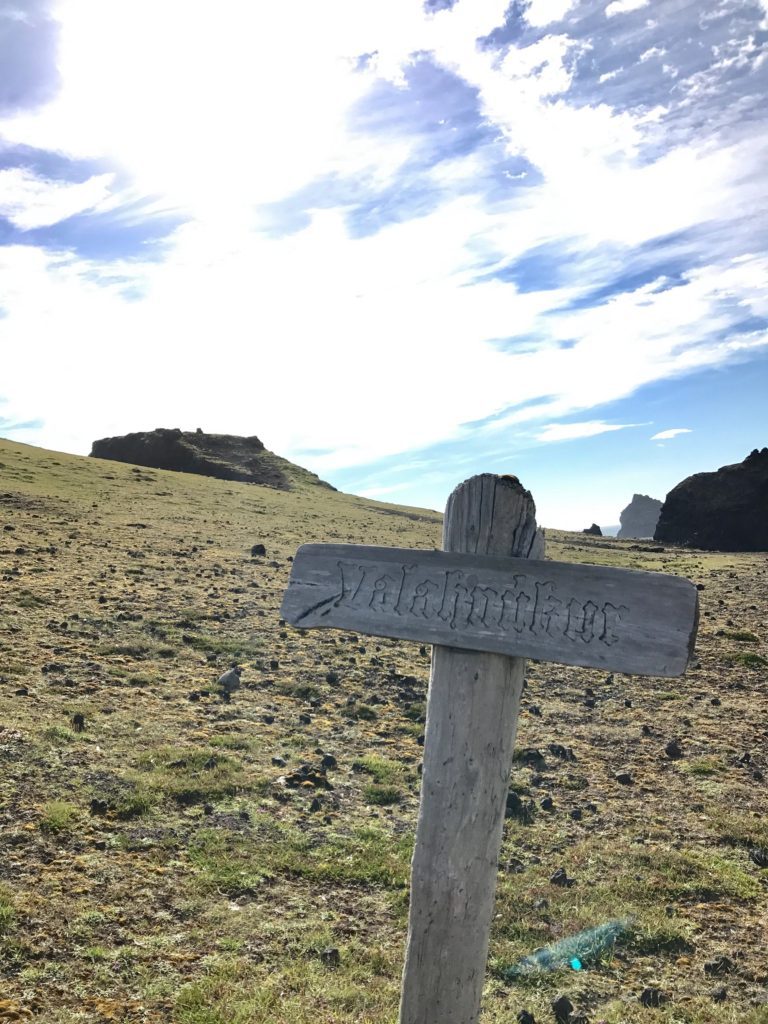 It’s clear off roading is real here and the cars can be as magnificent as everything else. Like this 4×4 van that clearly gets more action than your overpriced SUV: 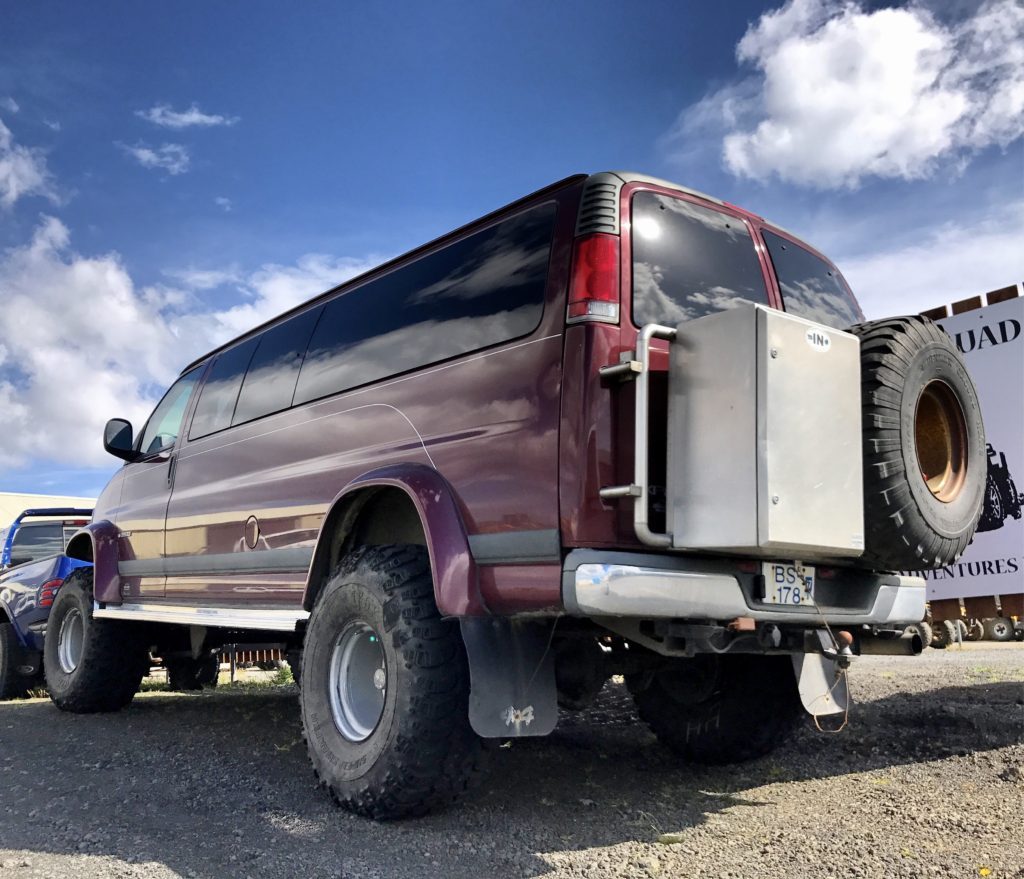 There are also plenty of friendly, furry natives: 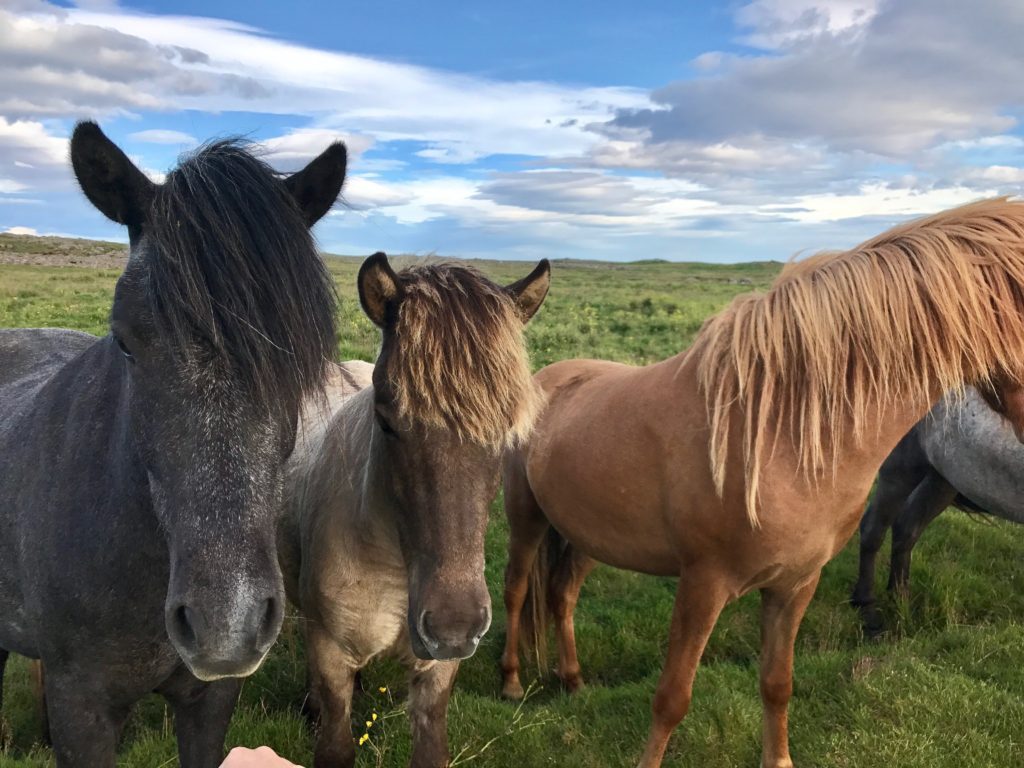 More coastline, more fishing villages and more spectacular roads. My only metaphor for Americans is that the Southwestern part of Iceland is a lot like Maine (rugged coast, stunning scenery) but also a lot like Maui (volcanic rocks and stunning places around every corner). Sounds impossible, but that’s exactly why it’s so amazing: 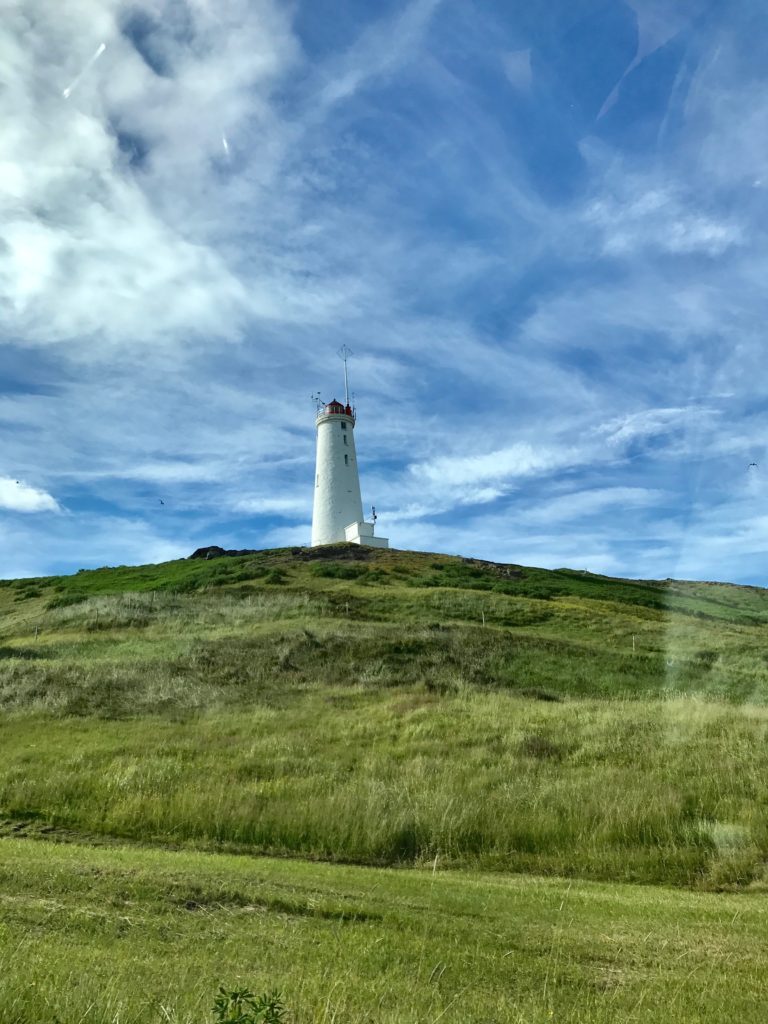 Then we were passed by what I assumed to be Icelandic military. 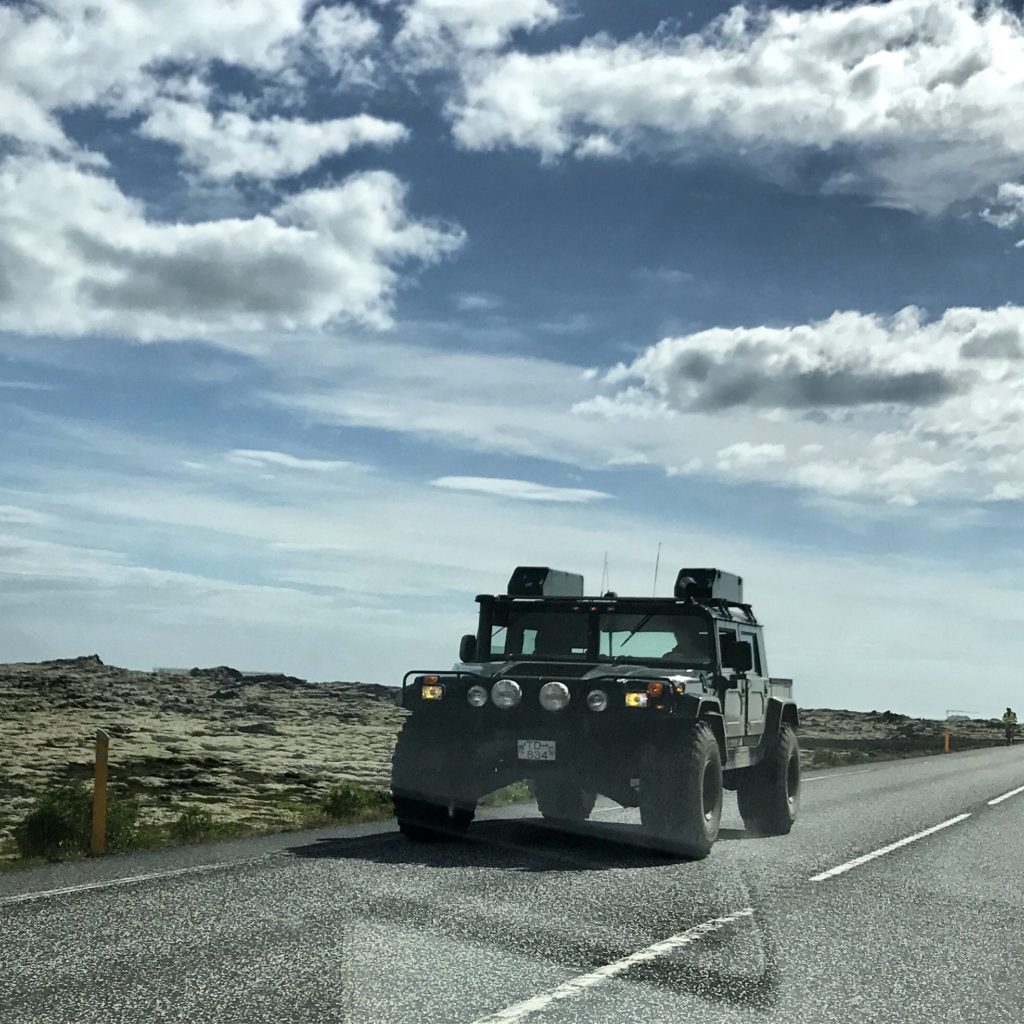 When I asked my BIFF, he replied, “No, we haven’t had an army since the 19th century. That’s just a guy with a Hummer.”  Bwahahaha. I knew I loved this place. 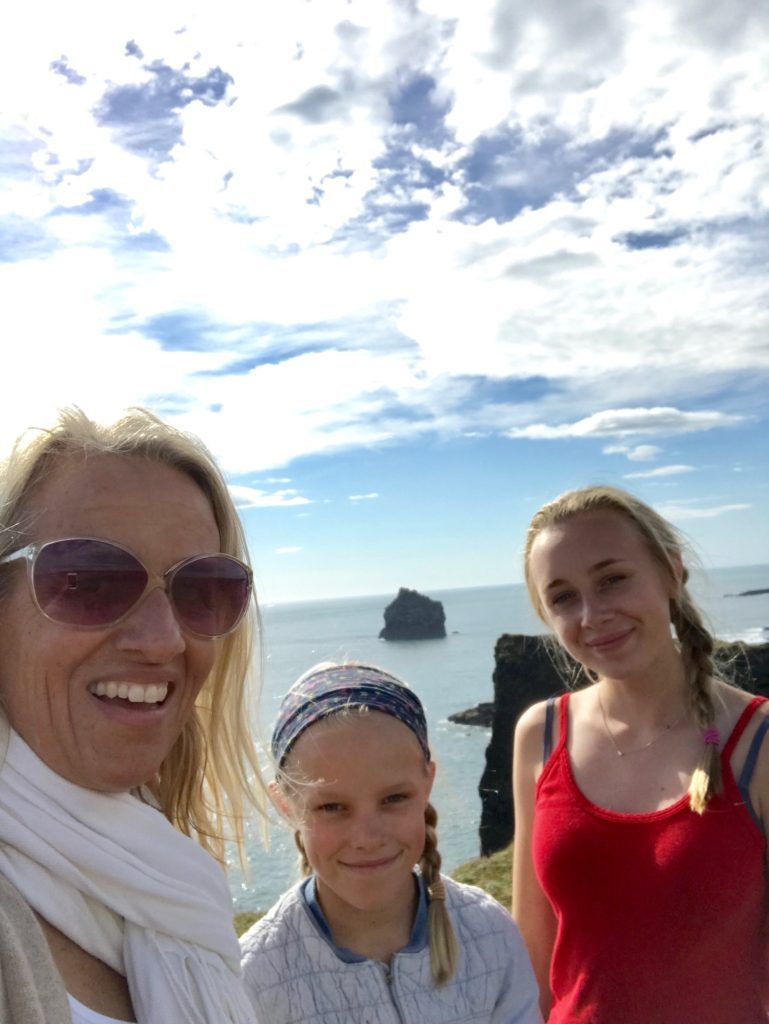 Luckily, in July the sun doesn’t set until about 11pm, so we drove all afternoon.  Plenty of places to stop, run around, climb up cliffs and taste things like fermented shark and Brennevin (Icelandic schnapps). After smelling both, I politely declined and inquired to my BIFF what they taste like. He replied with an honest..”Um…like..well..they taste like sh*t..but you’ll get drunk.”  Okey dokey. Next stop, the hotel. We stayed at these sweet little cabins (Alex Guesthouse) by the airport which in any other context would be a nightmare but here they were lovely, quiet and cozy. 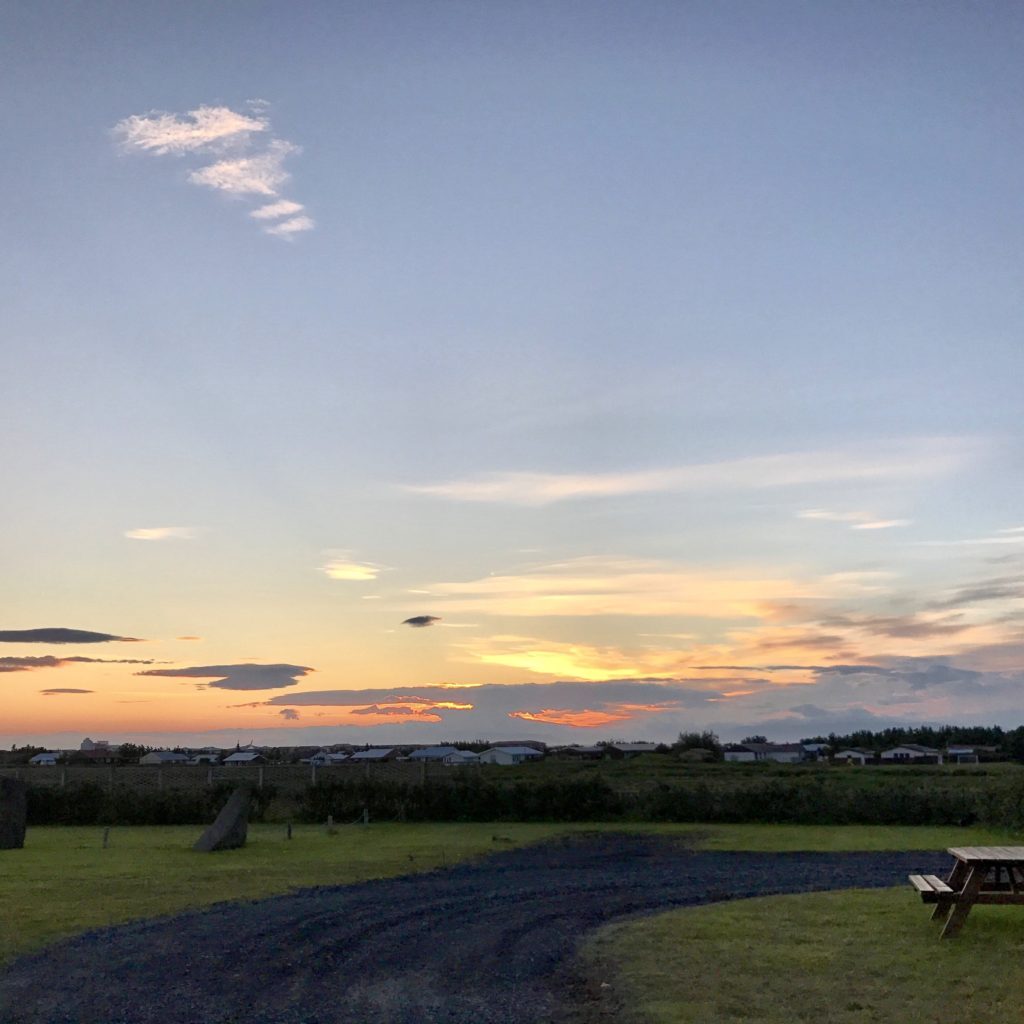 We caught the sunrise on the next morning on our way out back to the airport and onward to Denmark. And with that, my Icelandic one night stand was over. No hangover, no morning after arm chewing, no regrets. Just 18 hours in a place I never thought I’d ever go, but I’m sure glad I went. The one thing I’m sure of is, I’ll be back.