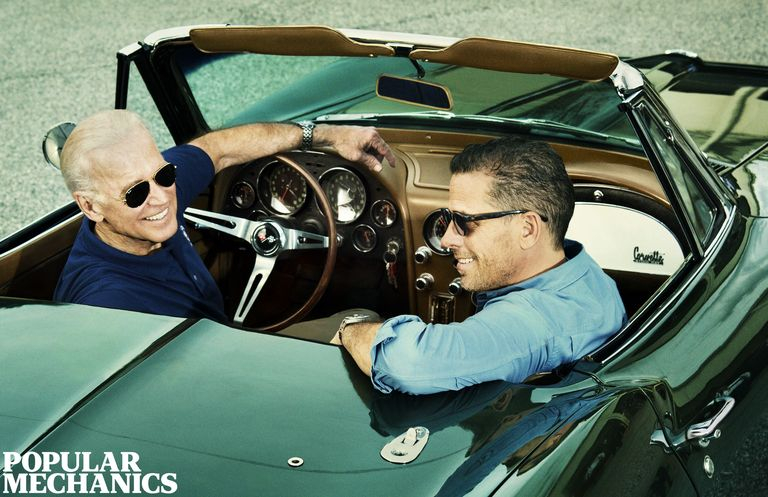 Please note: I’m not here to tell you who to vote for. That would make me a political expert and I am nothing of the sort. But I am a self-appointed expert in judging people by what they drive. So while we’re all thinking about who should be President, I think it’s only fair for us to look inside each candidate’s soul by peering into their driveway. This time: we’ll look at Former Vice President Joe Biden. Maybe you’ve heard of him.

We know plenty about the Former Vice President’s background with cars. Because, let’s face it, the dude’s an open book. He’s never been shy about telling us that his dad managed car dealerships. Reportedly for General Motors, then for Chrysler, then a stint at Ford.

During a 2016 interview with Popular Mechanics, Biden told us this about his family’s relationship with cars, “The truth is, my dad, his grandpop, was a great driver. I mean, he could handle an automobile. He loved speed. He used to joke that his one regret was he didn’t join the volunteer fire service so he could drive the ambulance. But we were never, you know, motorheads.” Fine.

During his tenure at the White House, Biden, a self-described ‘car guy’ said that one of the most difficult things about his role as VP was not being able to drive. In 2011, he told Car and Driver, “The Secret Service won’t let me drive it. I’m not allowed to drive anything. It’s the one thing I hate about this job. I’m serious.” The one thing? Unlikely. Inconvenient and annoying? Hell yeah.

Biden has made many public appearance with his 1967 Corvette Stingray– a wedding gift from his father. Which is, for the record, much better than a silver ashtray with your new monogram on it..DAD! Biden even showed up on Jay Leno’s Garage with it:

If you think that’s cool, how about the time he drag raced Colin Powell? No, I’m most certainly NOT making this up:

Because if I was making this up, he’d be drag racing ME, duh!

But, if you’re looking for a true populist, a true “Middle Class Joe”, think again. The Biden’s current DC home reportedly has parking for over 20 cars.

Not all ‘car people’ are going to dig Joe Biden’s stance on cars. But, as many enthusiasts like to remind us, just because you love the Internal Combustion Engine, doesn’t mean you can’t love the planet. So let us not forget that the Obama administration doubled fuel economy standard for cars and trucks and brought the nation to the Paris Climate Accords. According to the Biden campaign, he vows to reinstate the full EV tax credit and create a national EV charging network. He also wants to invest in a public transit system to provide Americans “an affordable, efficient way to get around without their cars.”

He’d be fun to do burnouts with. Pretty sure about that.

Will he make the best president? That’s your choice, America. Take it seriously and vote.

Next up, Trump and his cars– what do they tell us about current America’s Commander In Chief.