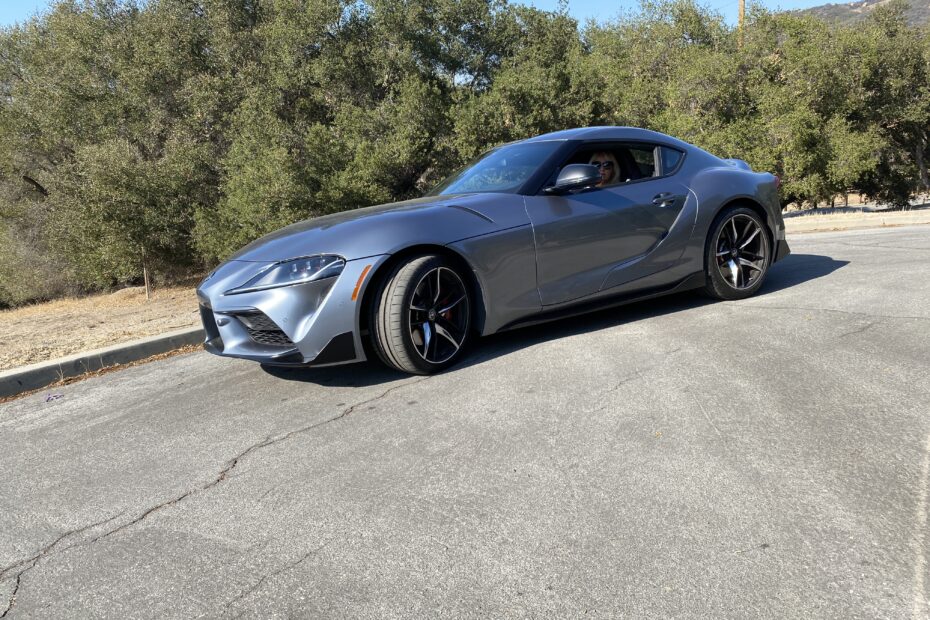 I recently tested the 2021 Toyota GR Supra, which I honestly didn’t plan to do. Because when a manufacturer makes a small change to a vehicle, I’m often like ‘meh, who cares.’ So when I heard the Supra wasn’t going to be a lot different for 2021, I didn’t rush to drive it. Because what’s 47 extra horsepower between friends, right?

Well, I was wrong, wrong, wrong. Not only did the Supra feel more powerful than when I drove it a year before, but I fell in love with this car all over again. Here’s why:

THE GR SUPRA IS GORGEOUS

My neighbor has a 2020 Supra in Midnight Blue, and more than once when I’ve seen him driving it, an audible gasp has left my mouth. Because the Supra’s design is so unique that you really can’t recognize it as a Z4 cousin and you certainly don’t think it’s a Toyota. Like I said in my video, if I owned one, I’d remove all of the badging just to f*ck with people. It’d be hilarious.

Oh shut up, that’s a huge compliment from someone like me who has given the majority of my adult earnings to the boys in Bavaria because I’m addicted to the junk. Even the manual transmission is hugely satisfying, which are words I thought I’d never type. Honestly, the Supra handles like a Japanese car that had a baby with a German car, which pretty much sums up why this car is so beautiful.

THE GR SUPRA IS COMFORTABLE (kinda)

The seats are tiny, the ingress and egress (in and out) is awful and the visibility is crap, but other than that, the Supra is crazy comfortable. How’s that? It’s just the drive is really nice. When you’re not in sport mode, is cushy enough to remind you you’re in a sports car and then when you pop it into sport mode, it pushes the revs enough to make your panties tingle yet stays stiff enough so you remain in control. (note how I resisted the dirty joke, you’re welcome)

With a new JBL sound system, a solid driver assistance package, and real-live Apple CarPlay, the Supra is downright civilized. More importantly, it’s controls are NOT from Toyota, but borrowed from BMW which means you’re not fumbling with tiny buttons or wondering what “that one does.” It’s hella intuitive.

SO WHAT’S THE BAD NEWS?

For 2022, Toyota has announced that they’re producing a special edition GR Supra A91-CF. With just 600 models produced, this will have the same amazing engine that I drove but with a carbon fiber body, which lowers the curb weight and as I learned in the Alfa Romeo 4C, makes everything better. Sigh…

previous2022 VW Tiguan— The Trader Joe’s Of Cars
nextCan The 2022 Toyota Tundra Save The 4Runner?