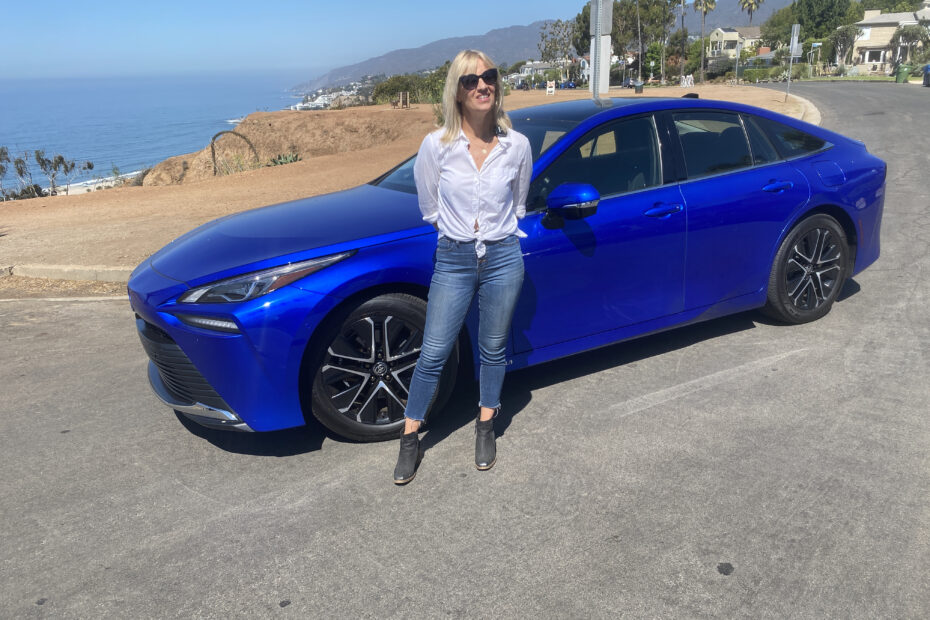 Good luck having a conversation with me about hydrogen vehicles without me bringing up the 2007 BMW Hydrogen 7. I was crazy about that car. Its 6-liter V12 engine could toggle between gas and hydrogen power and had a top speed of 143mph. Sigh.. And that was back in the day when the 7 series look goooooood. But BMW wimped out on hydrogen and gave us the i3 instead. Talk about a bait and switch!

Cut to 14 years later and we’ve got three hydrogen cars in the US market–the Honda Clarity (which ends production this year), the Hyundai Nexo, and the Toyota Mirai. Considering my hardcore crush on the BMW Fuel Cell 7, my expectations for this vehicle were pretty low– I mean, it’s a Toyota sedan. Expecting luxury from that is like expecting your comfy bra to be sexy, they simply don’t mix well.

But, this car did surprise me in a few wonderful ways:

I’m not saying this thing is an S Class. But with the 182 hp electric motor connected to the rear axle, this car drove beautifully. I was honestly, shocked.

This car is smooth. Not like Smooth Jazz smooth but like Smoothie Smooth, soothing yet invigorating. I dug it.

THAT BACK SEAT IS PIMP

The back seat says it seats three but it doesn’t. Because of the battery placement, it only sits two, which is perfectly fine especially considering those two people will be incredibly happy in the process. My daughter Freya insisted on the rear seat for the whole week!

Here are the few things that I didn’t like so much:

HYDROGEN CAN BE SCARY

If I’m honest, the idea of refilling this thing scared the BeJesus out of me. The headline “Car ‘Expert’ Causes Unprecedented LA Hydrogen Disaster” kept me awake more than once. But then I called my friend Keith Malone from the CA Hydrogen Alliance and he set me straight. See his wisdom in my video:

THE MIRAI’S PRICE CAN BE SCARY, TOO

$67k is a lot of change for a Toyota sedan, even if it’s powered by unicorn farts and candy. But here in California, the state is literally throwing money at us for buying this car. One of my YouTube viewers told me he got $7,000 back from the state for the purchase and $15,000 worth of free hydrogen. Add that to the $8,000 back from the feds and Toyota’s own incentives and you’ve got yourself a steal! Yahoo wrote a good article about this beautiful bargain which you can read here.

previousFreak of the Week: Ford’s #VeryGayRaptor
next2022 INFINITI QX60: The Mom Car You Deserve