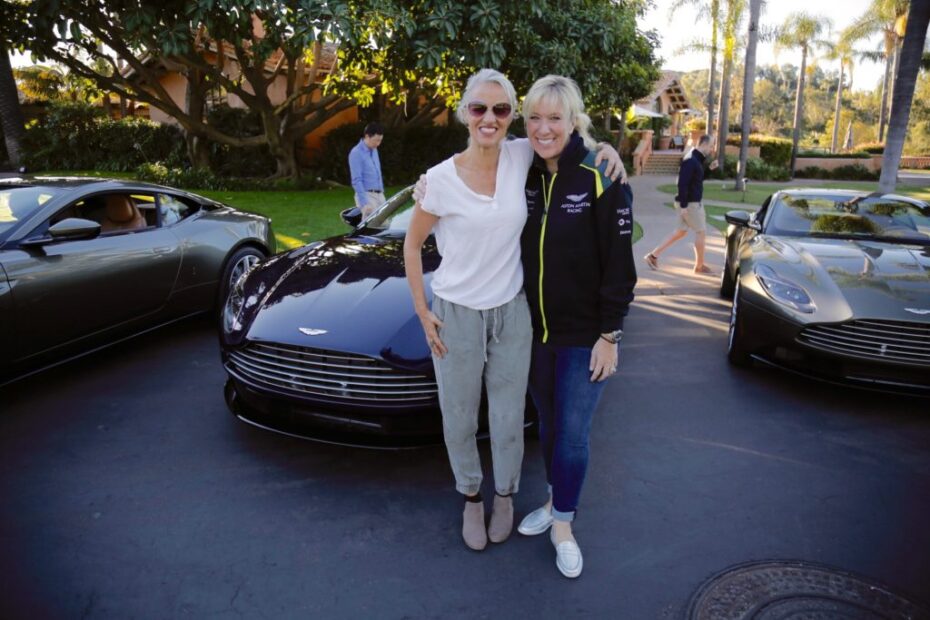 If I were to tell you that I had dinner with the President of Aston Martin Americas, you’d probably say, “Oh man, did he wear an Ascot?”

If I told you that SHE was actually fascinating: a former competititve tennis player and laywer, you’d say, “Oh wow, was she terrifying?”

If I said that she is really cool and down to Earth you’d most likely say, “Please bring Mama back!”

But it’s all true. Laura Schwab is as approachable as her resume is impressive. Smart, dynamic and passionate about her work, she is a great example of how to rock your job and stay humble. Oh and how she rocks. Aston Martin sales are way up– 58% in 2017 compared to 2016.  And the vehicles (check out my DB11 reviews here and here) are simply outstanding. In fact, the modern Aston Martin is a lot like Schwab herself — elegant yet fun, intelligent yet engaging and something that is guaranteed to put a smile on your face. 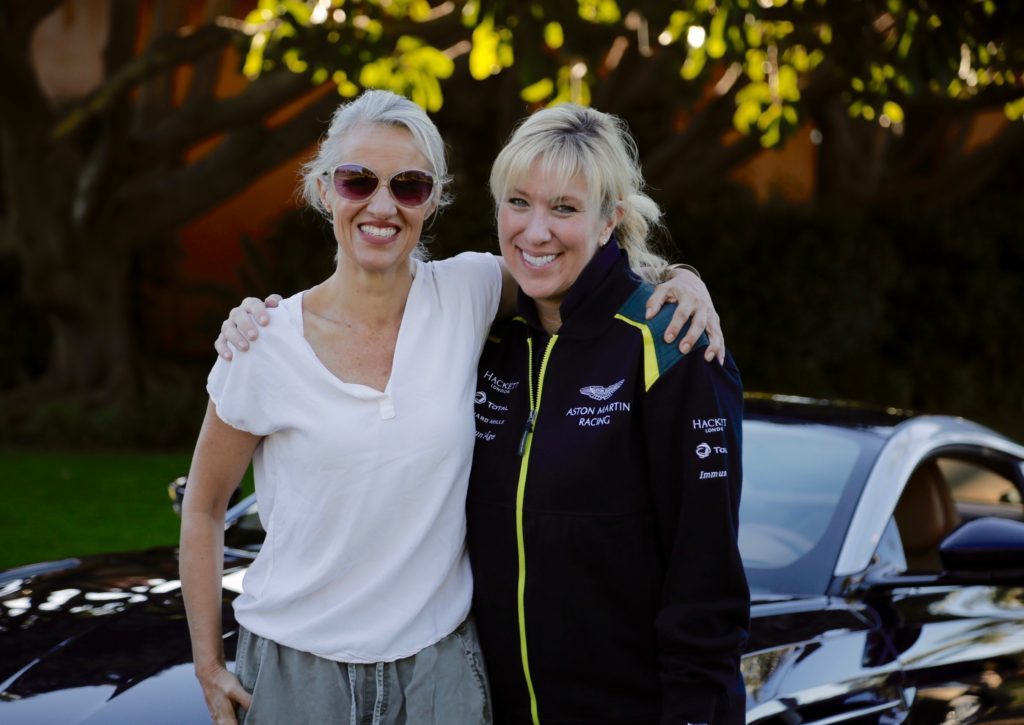 Just two chics who are into cars. Photo: MC3 Films

Here’s more of her badassness:

When you’re at a cocktail party with non-industry people, what do you tell people you do?
I normally say “Oh I happen to be in the car business.” That piques a lot of interest. Then they ask, “Do you work at a dealership?” I’ll reply, “No, I work on the corporate side of things.” Then they’ll say, “Oh what kind of thing? And what kind of company?” I like to tease out the Aston Martin bit for as long as I can. I’ll say, “Think of fast cars, think of sports cars,” and I try to keep them guessing.

Once they hear I’m with Aston Martin, they immediately ask, “What do you do for them?” and I tell them I’m the President. Possibly it’s unanticipated. It’s obviously a job everyone in the world would want to have. I like to string it out for about five minutes, and have some fun.

They always say, “It sounds like the coolest job in the world. How can I get your job?” They’ll immediately want to know, “What’s your background, and what got you there?”

What’s the biggest misconception about your job?
Probably that it’s the preconceived notion that my job is solely composed of driving Aston Martins all day long. 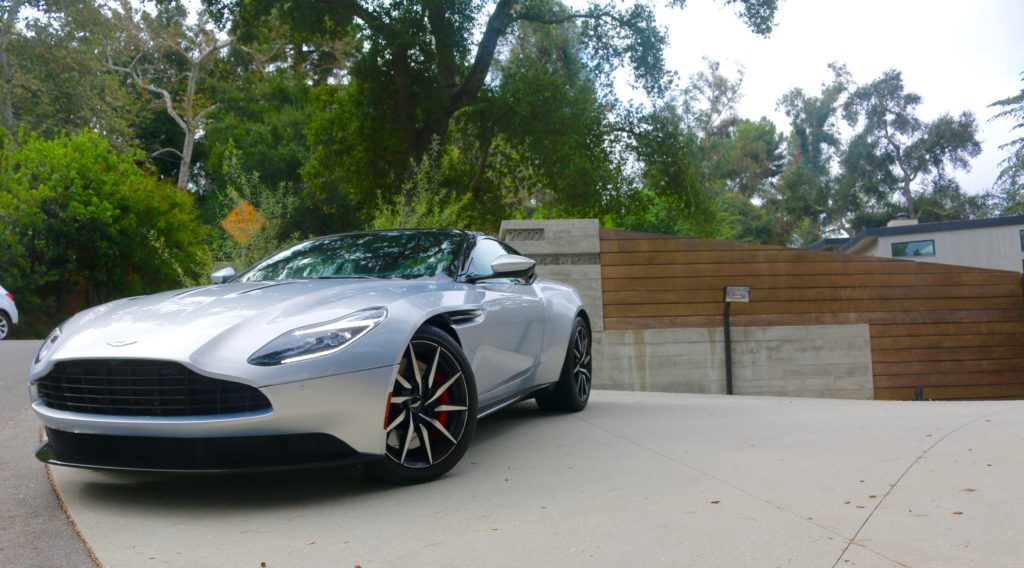 And what a delicious responsibility it is..

Did you get into this business by choice or by accident? How?
Definitely by accident. I’m a non-practicing lawyer. For a short time, I practiced contract law, and determined it was not for me. I was keen to show I could get a job in business, and not have to work as a lawyer. I applied to any and every job I could, hoping to at least get an interview.

I didn’t want to live in Kentucky. I wasn’t ready to settle down yet. So I applied for jobs in California, and got a job working at a startup that just happened to sell cars online. They could have sold anything online, and my great fortune is they sold cars online, so that’s what first projected me into the car world.

That job was where I fell in love with internet, and also got to learn a lot about cars. From there, I was recruited to Land Rover, and the rest is history. I was a stubborn young person, proving to everyone — including my family — that just because I’d earned a law degree didn’t mean I had to work as a lawyer.

What’s the wackiest thing you’ve ever done on the job?
Most recently, we were in Minneapolis for the Superbowl, to support Tom Brady, Aston Martin’s brand ambassador. We sponsored a huge charity event, the ‘Big Game, Big Give’ party on Saturday night, with 500 people, and auctioned off a car, with proceeds going to a great collection of charities. It was wild –Jamie Foxx was the emcee, and the DJ was Shaquille O’Neal.

Of course Jamie Foxx and Shaqille O’Neal have the crowd going crazy, with Jamie singing and Shaq as the DJ. Then came the portion of the evening, when it was time to bring in donations to charity, by auctioning off a new Aston Martin Vantage, which was on stunning display in an ice house in front of the house.

So it’s my turn to get up to the mic, and I stand up, thinking, “I don’t think this party wants me to be too serious right now.” So the first thing came to my mind was to publicly challenge Shaquille O’Neal to a game of beer pong. (In the back of one room, there was a game table.)

Unfortunately, after my speech, I didn’t see him again. But everyone kept approaching me afterward, asking, “Is Shaq gonna accept your challenge?”

Another one – My previous employer was sponsoring Wimbledon, and one of the brand’s ambassadors was Tim Henman [who retired in 2007, as England’s most successful tennis player in the previous 20 years]. We were sponsoring a Pro-Am tournament, and my colleagues had said, “We have the best news ever. Tim wants you to play with him as his doubles partner.” My first reaction was to panic. I’d gone to Notre Dame on a tennis scholarship, but at the time, I hadn’t played tennis in years.

Right after work that day, I marched over to the local lawn & tennis club, and said, “I need to learn how to play tennis immediately, like at 9am tomorrow.” And I busted myself, practicing hard for five weeks. In the Pro-Am, Tim and I played with, and beat the Bryan brothers, among others. I was the only female, and in the end, we lost to Andy Murray in a tie-breaker.

I’m most proud of the resurgence of the Aston Martin brand in the region [The Americas], and I’m proud of the team I’ve created. We have the best team in the business, as well as an amazing dealer network.

Aston Martin is in the process of its “Second Century” plan, and we’re launching the most beautiful vehicles into a very important – the most important – region, and I’m leading the way. We produced excellent results last year, and are expecting the same for this year.

I’m proud to have made it to this point in my career. If someone had said to me as a kid, that I’d be president of Aston Martin, I couldn’t have believed it. I’m proud to be doing this, as a woman, and it’s a privilege to be part of the resurgence of one of greatest brands in history, and with team we’ve built to go on the journey.

If not for tennis, which sport would you want to announce?

College basketball, then college football, then… professional baseball, then NFL, then NBA, then I don’t even care. It could be a rock-paper-scissors contest. If people are competing, I can do this!

In California, when you put turn signals on, other drivers tend to speed up. But in an Aston Martin, it doesn’t matter – I can negotiate the motions of the interstate.

Also, people don’t always have to be on their phones. Turn your phone off, turn the radio up, and enjoy it.

Favorite tunes for the road?

I’m from Kentucky, so I’m not afraid of country music. I can swing from that to alternative rock. If it’s Sirius, I’m on ‘Alt Nation’ or ‘The Highway.’