Dude or Dbag: The Haircuts of JCCS 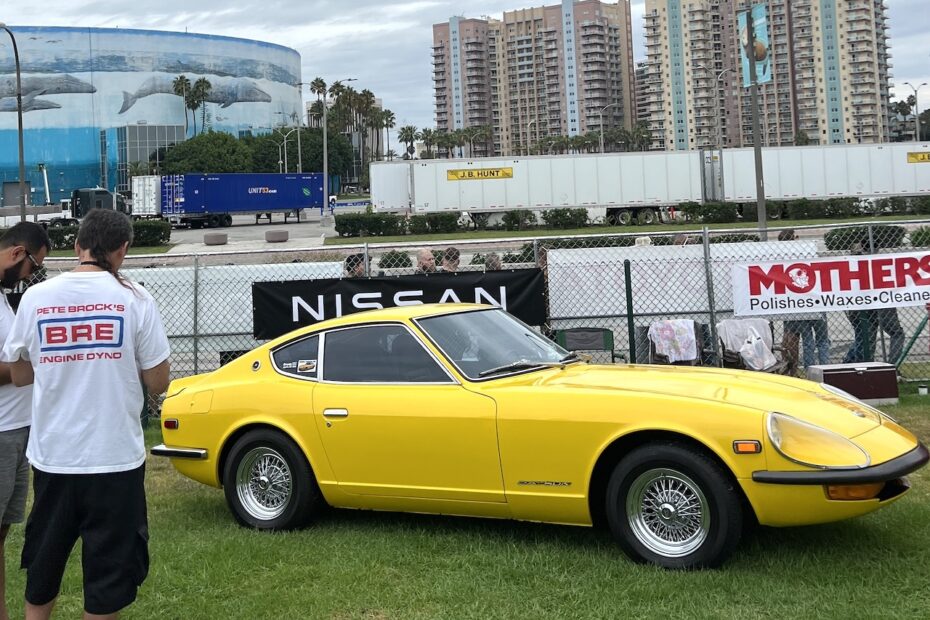 I want to write about the cars. I know that I should. They were so great. But how can I, in good conscience, write about the vehicles at today’s (2022 JCCS) Japanese Classics Car Show when the HAIR was this amazing:

Sure, your car show may have a frohawk or two. Maybe you’ve even spotted a ‘stache, a solid one at that. But both at once? On a guy like this? No. You don’t have that, and I feel truly sorry for you. It’s a Dude move.

If you’ve never been to JCCS or the Japanese Classics Car Show, or read it about it here, let me drop some knowledge. Now in its 17th year, this is one of the country’s greatest car events. Why? You’ll see really rare stuff that you never even knew existed. You’ll meet people who are obsessed with their cars, Japanese culture, and keeping these classics out of the junkyards and on the streets where they belong. And, in general, it’s not packed with dbags.

JCCS Had A Rattail Fail

But that’s not to say that everyone involved has an impeccable sense of style:

Yes, the Z is perfect. For you Z car enthusiasts, this bullnose Z was once Mr. K (Yutaka Katayama)’s personal car. As lovely as it is (Look! Wire wheels!), I’m 100% distracted by that TAIL! THE TAIL! THE TAIL! What is going on with that guy? He’s rocking that rattail like it’s 1983 all over again. Wow! I would say that it’s an attempt to be period-correct for 2022 JCCS, but that sad, whispy remnant required a multi-year commitment. I’m not a fan.

JCCS Is Packed With Down To Earth Dudes

No, there’s not a lot of hair there, but his cars are rad! I’d show you them, but his shirt actually documents all of them. Get this, his day job is working at Rivian. He’s a straight-up car fanatic/ mechanical genius. He’s the reason I come to car shows, to talk to guys like him. What a Dude.

I’ll admit that I also come to car shows to talk to guys like this:

I mean, given the rest of the crowd, I came disturbingly close to asking him to remove his hat so I could capture whatever kind of glorious cut he had going on underneath. Something about him tells me it would be good. Sadly, I wimped out after he shot me the hairy eye.

One of the great things about JCCS 2022 is that, unlike a lot of other car shows, the average age of the attendees is really low. Younger people are into JDM, and it shows:

They’re also really into mohawks. That’s cool (if you’re into that), but it’s certainly dbag adjacent. He certainly ain’t no Scooby Doo:

Sorry buddy, I don’t know your name. So you’ll forever be Scooby to me. That hair is fire! Most people would have a hard time embracing a God-given masterpiece like the one sitting on that scalp, but not Scooby. He’s letting his follicle freak flag fly! What a Dude.

So if you like Japanese classics, people who don’t suck, and haircuts that will make you do a double take, go to JCCS next year. If you see me taking your picture, don’t panic. 🙂

previousWhat’s A Rivian Hub And Why Your Kids Will Love It
nextBadass Women of Automotive: Erin Vogel