What Motorheads Lost In The Woolsey Fire 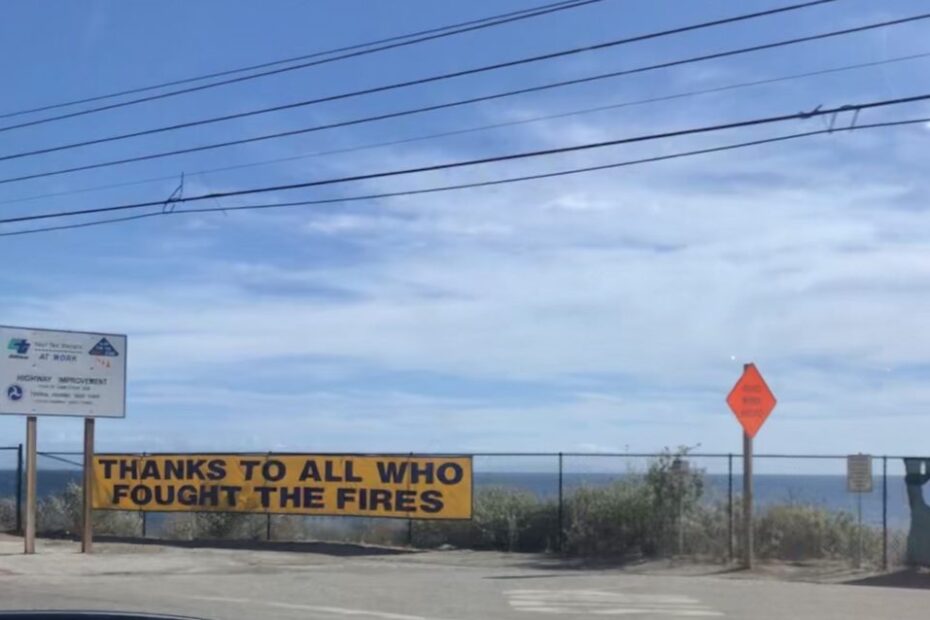 It’s now less than 48 hours since the Woolsey fire was fully contained and this community took a collective sigh of relief. Beyond worrying about the fate of my own home and those around me, I’ve found it hard to articulate its impact on you, dear reader.  How has this place changed and how does it, if at all, affect you? 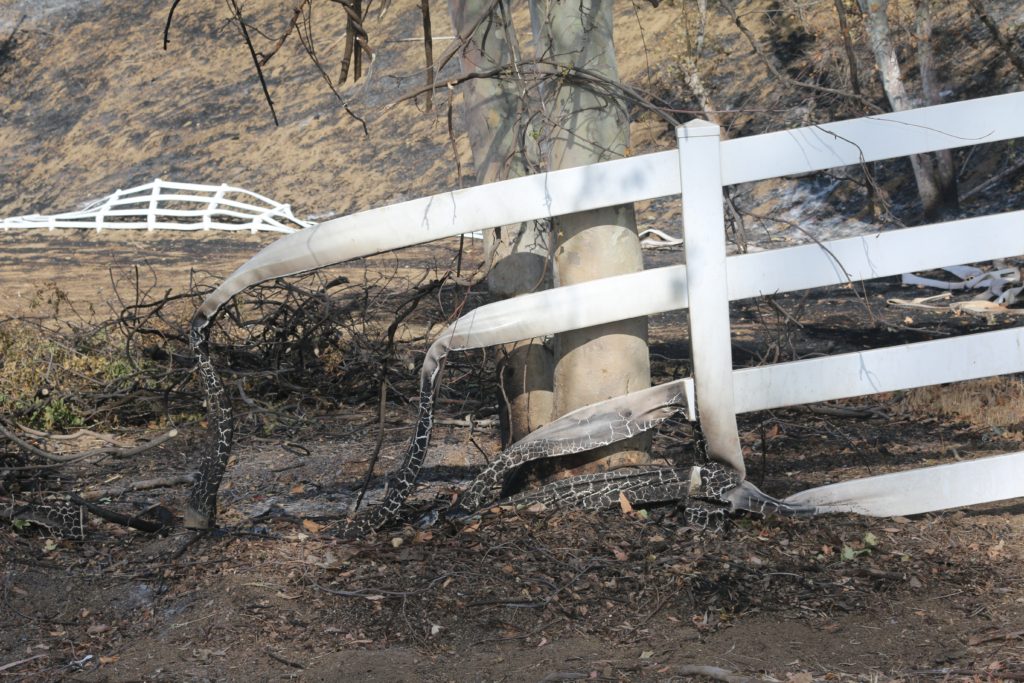 The one thing I know for sure is, none of us are leaving this event unscathed.  Those that lost their homes, their pets, their possessions and even their lives in this fire, are suffering beyond what most of us can imagine. However, whether you are a local, a regular visitor or live on the other side of the globe, if you’re an open-road embracing, speed-craving, canyon-carving enthusiast who finds solace in these hills, your experience will be altered for a long time to come. But that doesn’t mean it’s time to give up. It’s time to embrace our new reality and say goodbye to what we’ve lost. 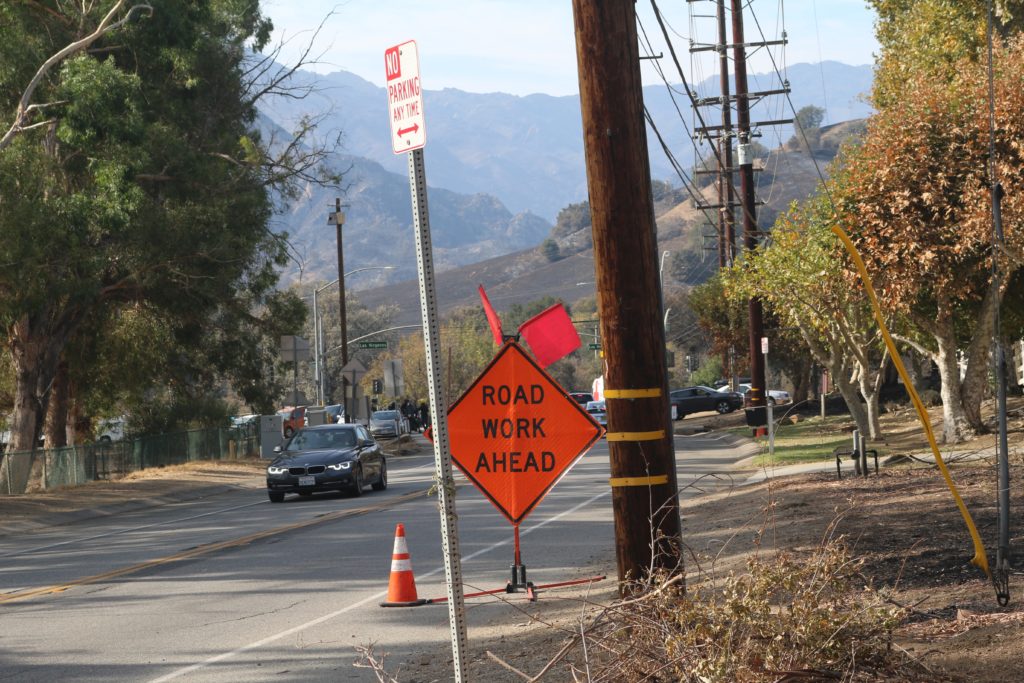 Get used to these signs.

Winter driving in Los Angeles can be a miraculous thing. As the rest of North America shovels their driveway, guzzles hot cocoa and prays for sunshine, Southern California’s roads transform into an adult playground of convertibles with heated seats, Jeeps whose hardtops are nowhere to be found and of course, supercars which are driven, rather than stored, during winter. However, this winter, much of the area’s most spectacular scenery will either be inaccessible (due to sand-bagging or reconstruction) or just downright dangerous. So, if you’re heading to Mulholland, PCH, Malibu Canyon or any of the adjacent roads, consider the following:

Mudslides are very real. When the hills burn, there’s nothing to hold up the stuff that may potentially slip down the mountain. You wouldn’t ski in an avalanche zone, right? Yeah, this is basically a brown version of that and equally hazardous.

Ash & debris + water = soap. If you choose to drive in the morning, the roads may be more slippery than you anticipate. Watch those brakes.

Wildlife is unsettled. Many animals were displaced and/or killed during these fires. As they come back, they may be confused or injured. Nothing can ruin your day quicker than a pair of antlers in your forehead, so be mindful and respectful of these creatures.

We lost a solid season (or two, or three) of winter driving. Boo hoo. Compared to the others, we are damn lucky. But that doesn’t mean these roads aren’t worth driving, they are still remarkable, albeit now in an entirely different way. So please come, just be careful and don’t abuse this already tender ecosystem and its residents. For another thing I hope we’ve lost in the fire is our state of mind. 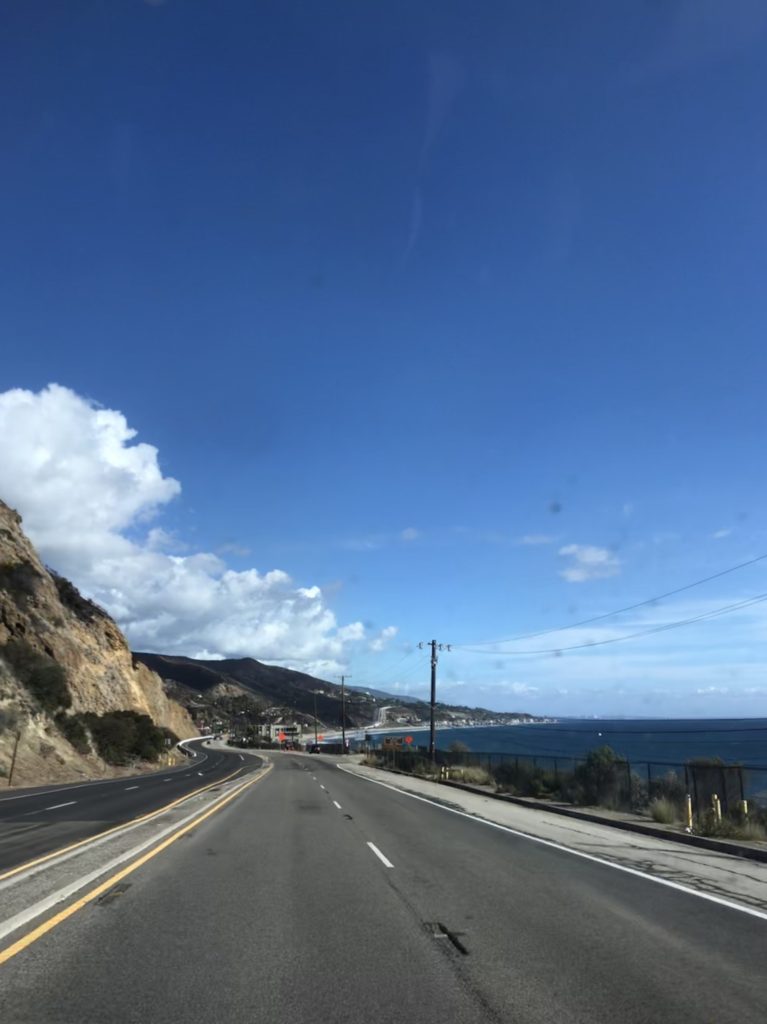 PCH in Malibu is still stunning.

Maybe you don’t live here. Maybe your home is thousands of miles away. But if you love this place, and how could you not, it is yours too. That’s what the National Park system is all about. So now, more than ever, watch your litter, your cigarettes, your speed and most of all, your attitude. I’ll confess to be the first person to blow through these hills, pass a Prius or toss the bird to a bumper-hugging biker, but now that behavior feels alarmingly inappropriate. We are all healing, even the guy in the first gen Honda Insight struggling to make it up the hill, actually, especially him.

Another thing we lost in these fires, at least I hope, is how we feel about those that protect and serve.  It goes without saying, but is still worth articulating, that the firefighters are the heroes of this story.  Around these parts, their reverence is very real. But they weren’t the only ones hard at work. The policemen that manned the roadblocks and repeatedly gave me the “sorry ma’am, it’s just not safe” when I tried to sneak home are cool. The Red Cross whose vehicles appeared from all over the country in a flash is badass. Even the cable guys that I saw climbing poles on Thanksgiving Day to help residents get back online deserve props. So the next time you get irritated when you have to pull over when emergency workers drive by, or a cop gives you a speeding ticket, dial down your irritation and be grateful. (Of course, I’m talking to myself!) 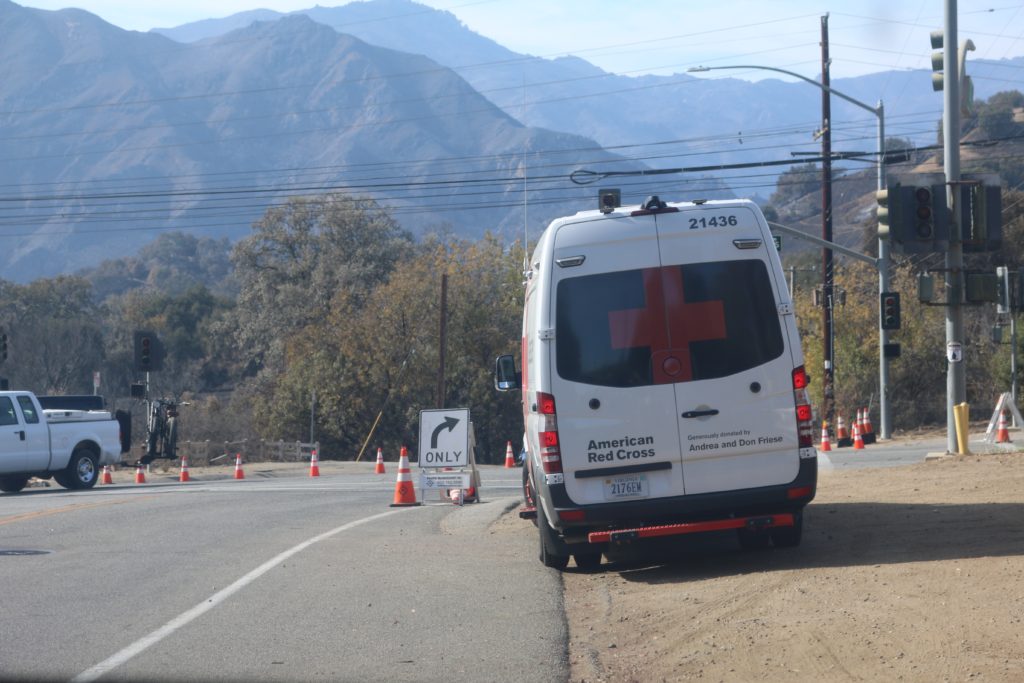 The Red Cross is on it.

Lastly, as the above illustrates, the thing we really lost in these fires is:

New flash, it was an illusion all along. We never had control over this place. It has always and will always be bigger, stronger and more powerful than we are.  Our desire to motor through it is perennially fueled by this disparity.  Now, post-fire, we are officially these hills’ bitch. They are no longer for us to use and abuse, but for us to approach with caution and respect.  If you’re looking for a place to drive with reckless abandon, go to the desert. Or join a private racetrack, a racing team or get a video game.  This is no place for fools. 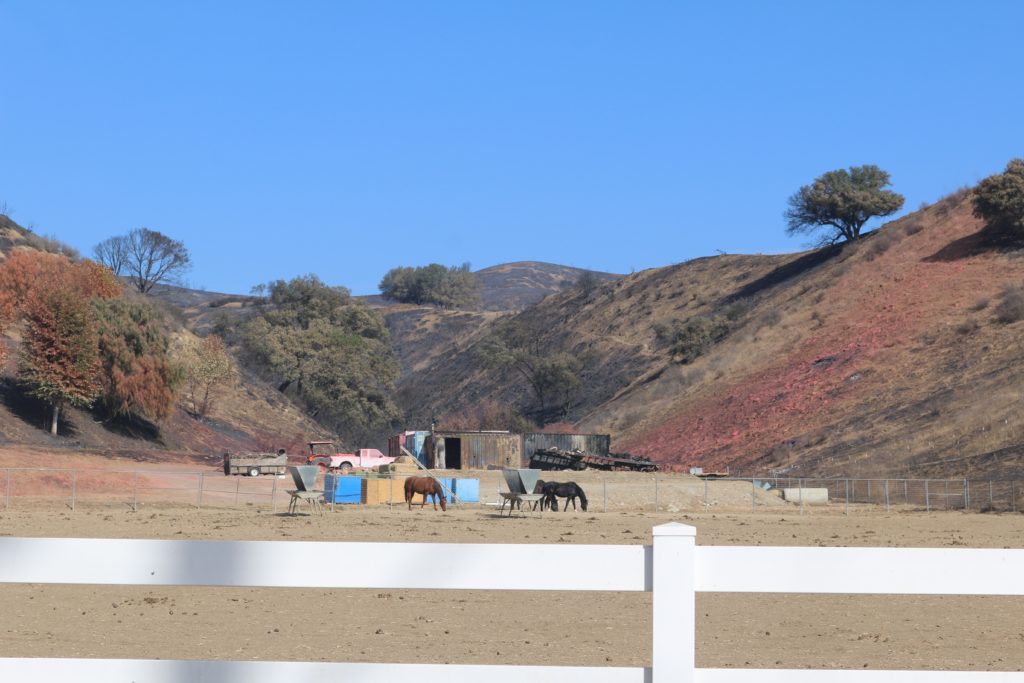 Finally, let’s remember that this didn’t just happen in Malibu, Simi or Agoura Hills.  The Camp Fire which is at least 5 hours north of here is the most destructive fire in our state’s history. I don’t live there, so I can’t tell you what it feels like on the ground. But I can assume that the same rules apply. I also think it stands to reason that these rules are our new normal, based on climate reports.  Does that mean that Motoring (hell yeah that’s a capital M!) is dead? Far from it. It just means that it is now, more than ever, a gentleman’s game.  If we love driving, we need to treat our roads like anything else that we love—like we really mean it.

Ways you can help (other than not driving like a douche):

The good people at Blipshift have teamed up with Smoking Tire to create the Carlifornia Dreamin’ t-shirt. All proceeds go to the CA Fire Foundation. 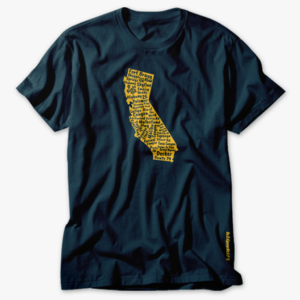 Go Fund Me includes many families who need help. If you’re looking for a family in particular, feel free to email me and I’ll point you in the direction of some friends that need a hand (mama@motorheadmama.com).

Donate blood, money or train with the American Red Cross. That Clara Barton was an OG Badass Mama. Show your love here.